Italy sees smallest increase in coronavirus infections for almost four weeks with just 3,039 new cases in latest sign the country’s lockdown has been a success

Italy today recorded its smallest increase in coronavirus infections for almost four weeks, with just 3,309 new cases, in the latest sign the lockdown has been a success.

In addition, there were 604 more COVID-19 deaths on Tuesday, lower than 636 the day before, taking the total number of fatalities to 17,127, the highest in the world.

The total number of infections recorded in Italy now stands at 135,586, but the latest numbers have again underscored growing confidence that the nationwide lockdown imposed on March 9 is bearing fruit. 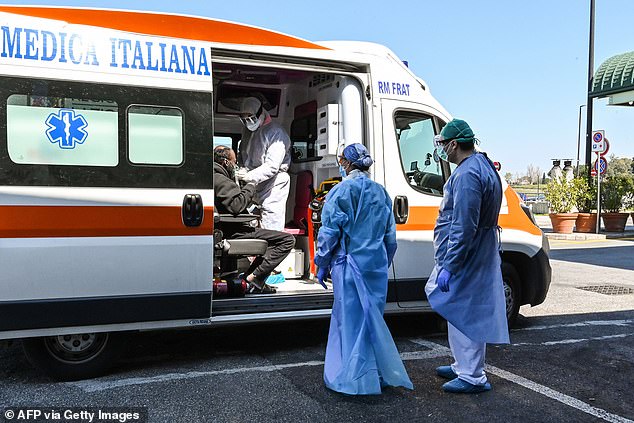 Previous daily infection increases since March 17 had all been in a range of 4,050 to 6,557. And Italy has not recorded a lower daily increase than Tuesday’s since March 13.

Of those originally infected, 24,392 were declared recovered on Tuesday against 22,837 a day earlier. There were 3,792 people in intensive care against 3,898 on Monday – a fourth consecutive daily decline.

Italy’s health ministry has sent inspectors to the country’s biggest nursing home where 70 elderly people reportedly died in March alone while management allegedly downplayed the risk of infection of coronavirus.

Repubblica quoted a geriatric doctor, Luigi Bergamaschini, as saying he had been removed for having insisted his staff wear masks and protective gear, while union leaders blamed managers for having listed the deaths as pneumonia.

The Health Ministry’s deputy minister, Pierpaolo Sileri, told Radio Capitale that inspectors backed by the Carabinieri’s health care squad would seize documentation from the facility as well as other nursing homes with a high death toll. 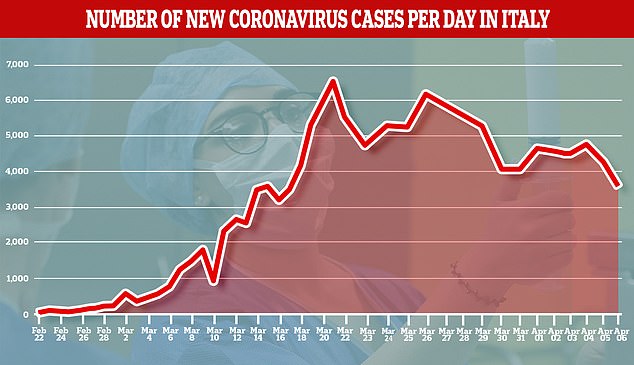 A graph showing the total number of coronavirus cases per day that have been reported in Italy, up until April 6 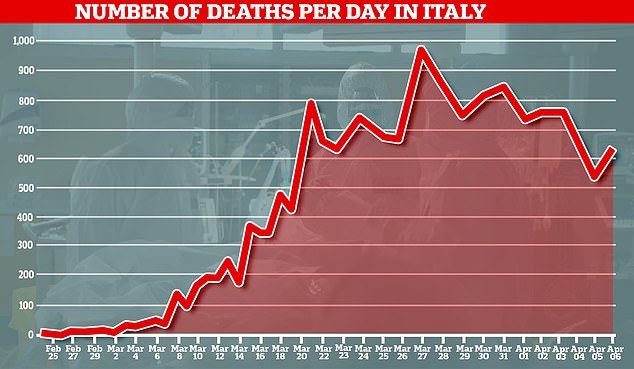 A graph showing the number of coronavirus deaths reported each day in Italy, with data going up until April 6

Many nursing home dead were never tested for COVID-19 and weren’t hospitalized, given their frail conditions and northern Italy’s overflowing intensive care units.

As a result, their deaths don’t figure into Italy’s official death count, already the highest in the world.

Meanwhile Italian leaders are trying to plot a way out of lockdown and restart Europe’s fourth largest economy as the virus slowly eases.

About 150 Italian academics have published a letter in Italian financial daily Il Sole-24 Ore, owned by the Italian business lobby Confindustria, urging the government to unblock the economy.

‘The social and economic consequences would risk producing irreversible damage, probably more serious than those caused by the virus itself,’ the letter said. 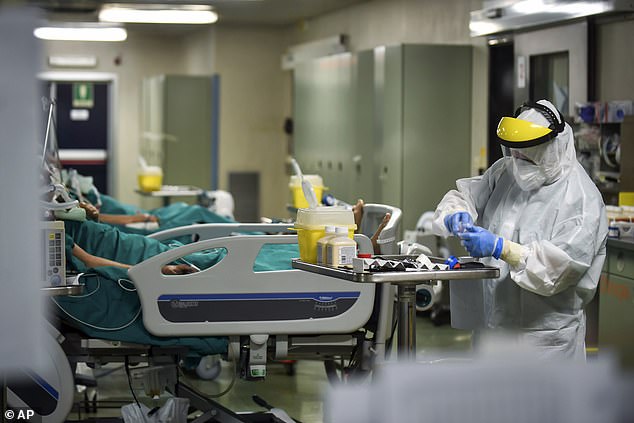 Medical staff work in the Intensive Care Unit of the Bassini Hospital which is treating coronavirus patients in Italy’s hard-hit north, near Milan 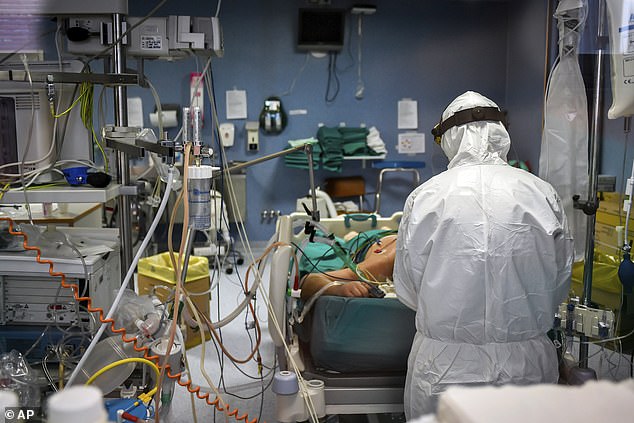 Italy has said pressure on its hospital system is easing as the rate of infection slows, but that a nationwide lockdown will remain in place for now

Rome imposed a nationwide lockdown on March 9 when the new virus, which emerged in China, had already killed more than 460 people.

Two weeks later, Prime Minister Giuseppe Conte announced that non-essential businesses, including car, clothing and furniture production, would have to close until April 3.

The death toll has risen relentlessly and now stands at more than 16,500.

The government extended the restrictions last week until April 13 and is widely expected to extend them again, for another three weeks.

However the smallest daily rise in COVID-19 deaths for nearly two weeks on Saturday, and the first fall in the number of patients in intensive care, have fed hopes that the epidemic might have reached a peak in Italy and focused attention on the next phase in the crisis.