A SHOPPER has been accused of risking lives after she selfishly parked her car infront of a fire station stopping firefighters from responding to a 999 call.

The lifesaving firefighters were delayed even further when the woman's car wouldn't start and they were forced to push it out of the way. 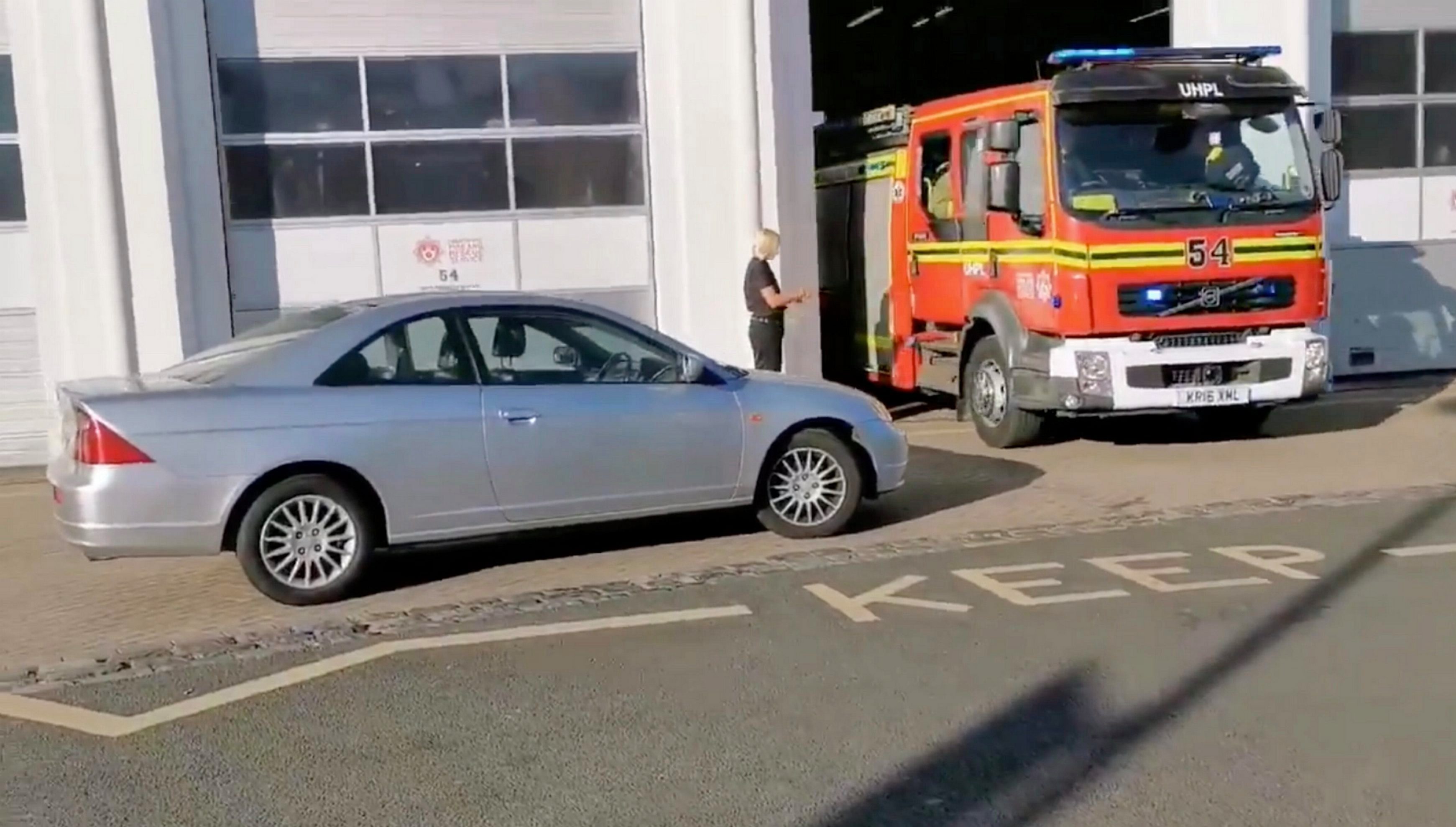 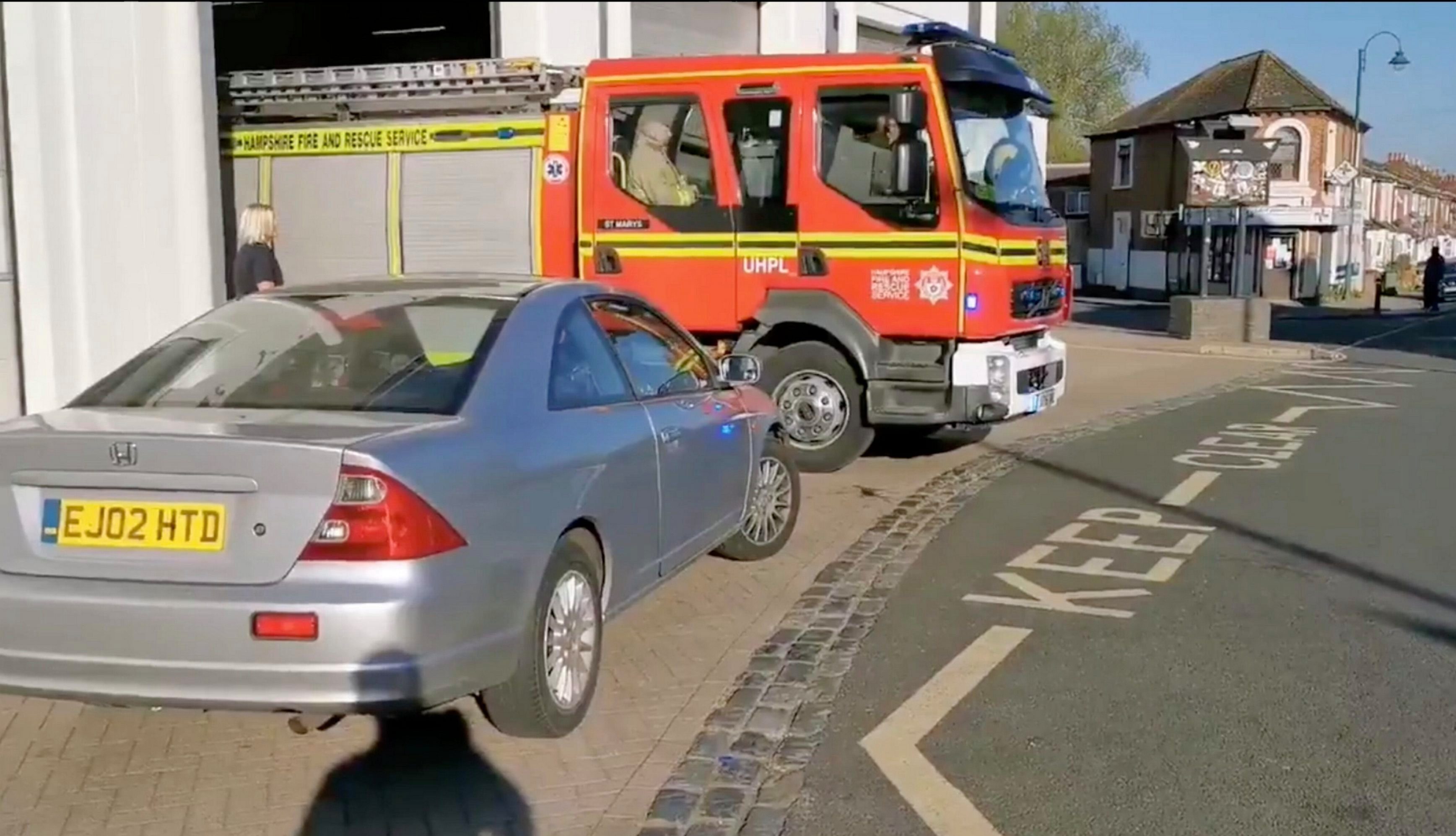 The firefighters were attempting to respond to a call after a fire alarm sounded at a flat on Thursday evening.

It took 20 minutes for the shopper to return to her car at which point her engine had frozen up.

The fire service admitted the troublesome motorist was "apologetic and embarrassed" when she returned. She was served with a ticket for obstruction by police.

Hampshire Fire and Rescue  said she is by no means the first to block the station off.

The shopper was slammed on social media with one person suggesting the fire crew should have cut her roof off as "a training exercise".

Jacqui Ransom wrote: "What if it was her house on fire and they had to say sorry, we can't come because someone is blocking our doors?

"Should be ashamed – totally selfish."

In a Twitter post St Mary's Fire Station said: "The car was there for just over 20 minutes for shopping.

"Long enough that the police were able to attend and issue a ticket.

"Please consider where you park, especially around emergency service stations. Also at home. We need our space."

The service added: "What is a regular occurrence for many of our stations should not be happening at all."

Hampshire Fire and Rescue Service had previously launched the 'I Need My Space' campaign.

Deputy Chief Fire Officer Steve Apter told the Mirror: "Motorists blocking the paths of emergency service vehicles is worse than ever before.

"Some drivers are parking opposite one another making an entire road inaccessible while others are actually stopping by station exits, often in the hatched areas, and some are even leaving their cars on our grounds.

"These issues are causing delays and when tackling a fire or cutting somebody out of a car this can be the difference between life and death." 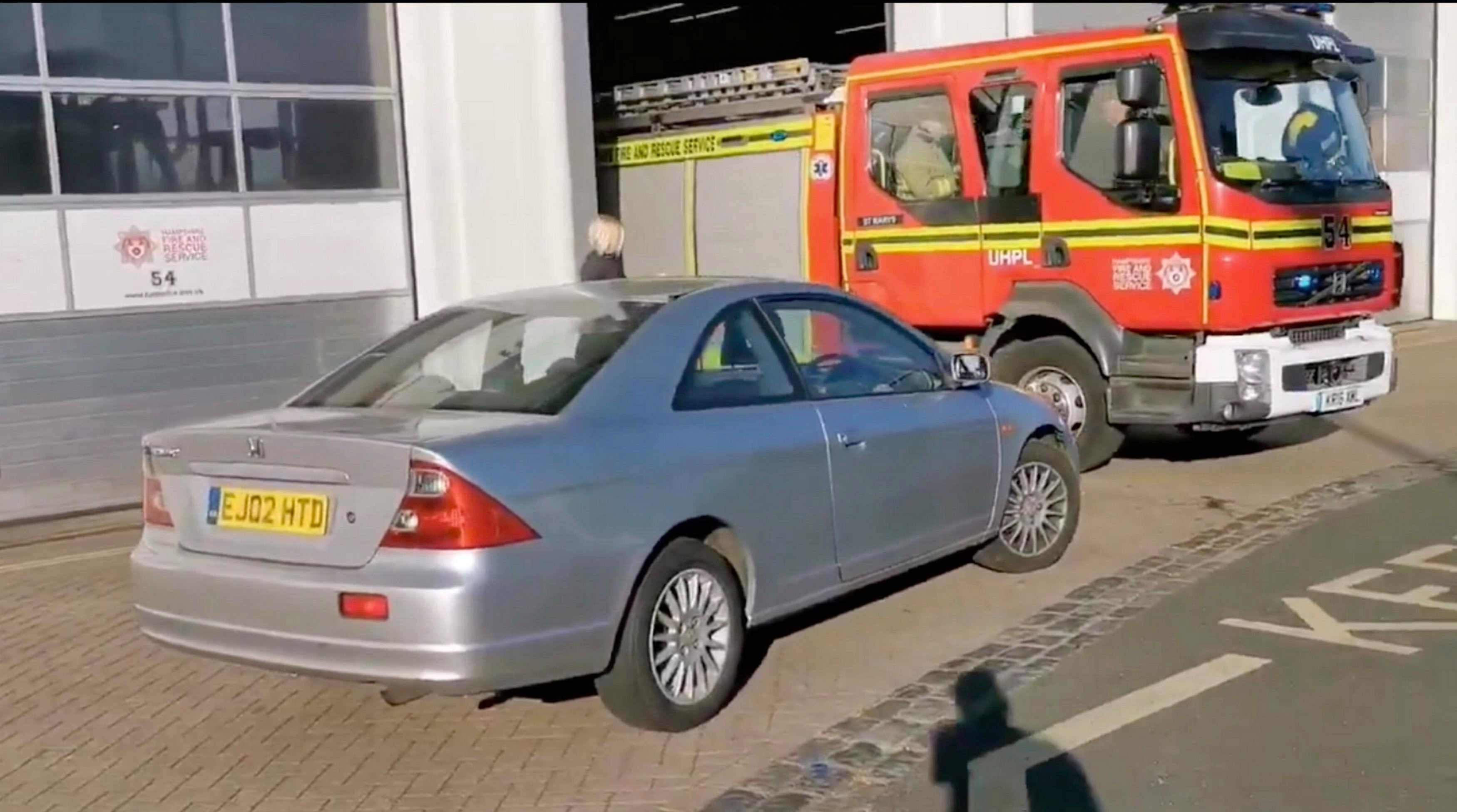