The American animated TV show South Park has several well-known catchcries, one of which is ‘they took our jobs.’ This phrase has appeared as a running joke in several episodes of the decades-long series and is usually said by South Park residents exasperated at immigrants taking their jobs. 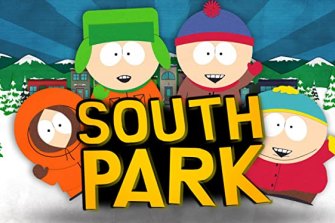 South Park: They took our jobs!

Throughout one particular episode, the phrase is repeated to the point of unintelligibility. It just morphs into a series of noises and grunts – a dig at the red-neck, backwater, racist who hates immigrants but couches that hatred in the seemingly legitimate concern that immigrants are taking jobs off decent, hardworking locals. (We’ve all got that one uncle who’s “definitely not a racist” but who just wants to “have a conversation” about immigrants and the work they’re doing or, depending on how he’s feeling that day, not doing in Australia).

Like most anti-immigrant rhetoric, ‘they took our jobs’ is high on fear but low on fact. The problem isn’t that immigrants are taking jobs away from hard-working folks. In fact, currently in Australia, the opposite is true. Immigrants are not taking our jobs and this is a problem.

We can all agree that the year of Our Lord, 2020 wasn’t … great. There was the small matter of the deadly global pandemic, which continues, despite multiple interventions, to impinge upon both our serenity and airspace. The onset of COVID-19 upended life as we knew it and taught us a few lessons along the way; that hand washing is a way more involved process than we’d initially thought; that state premiers can reach a level of popularity previously reserved for rock stars or dictators and that Australia needs immigrants. 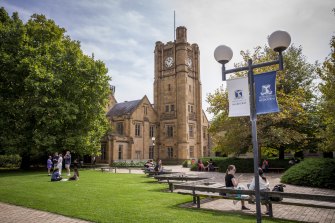 This financial year will see our lowest population growth since World War One, meaning by the end of 2022 there will be one million fewer people in Australia. According to former population minister, Alan Tudge, that means a 1.4 per cent hit to our GDP.

Some sectors are already feeling the strain. Our hospitality industry is in the midst of a worker shortage because the backpackers and skilled visa holders that would normally staff hotels, bars and restaurants are long gone, having returned home early on in the pandemic at our behest. Some venues are so desperate to find and retain workers they’re offering would-be staff a $1000 sign-on bonus.

Our agricultural sector has also taken a hit. Towards the end of last year, there was a worker shortage so dire that some farmers reportedly resorted to ploughing their crops back into the ground.

Desperate to fill the shortage left by seasonal workers from the Pacific Islands, the federal government offered to reimburse unemployed Aussies up to $6000 in relocation costs if they moved regionally to pick fruit and the like. By December only 355 people had taken the government up on its offer, nowhere near the 26,000 people required. Please, we yell at the sky, please take our jobs!

The higher education sector is in dire straits, tourism is significantly down and the property industry is worried that if our population does not increase, construction activity will plummet exacerbating what it calls the “recessionary forces impacting the economy.”

See, I told you we need immigrants (and what better way to show them appreciation than to cut them off from all government support in the middle of a prolonged lockdown … but that’s another story).

Rightly or wrongly we’ve come to rely so heavily on migrants, namely the temporary kind, to keep our economy ticking along that when we no longer have unfettered access to their labour or dollars or time it plunges us into all manner of economic strife. Regardless of what you think is the best way forward here, 2020 has laid bare this reality.

And so the next time your weird, low-key racist uncle decides to pull the ‘they took our jobs’ line, you can remind him of what happened when they didn’t.

Jan Fran is a writer and presenter.

Opinion takes on the week’s most debated topics with views that will challenge, champion and inform your own. Coming soon, sign up now.