THEY are the delicious-looking ‘sweets’ that are advertised using brand names and even cartoon characters.

But dangerous drug-laced edibles that are flooding our schools can provoke heart palpitations, anxiety attacks, vomiting and even hallucinations in kids. 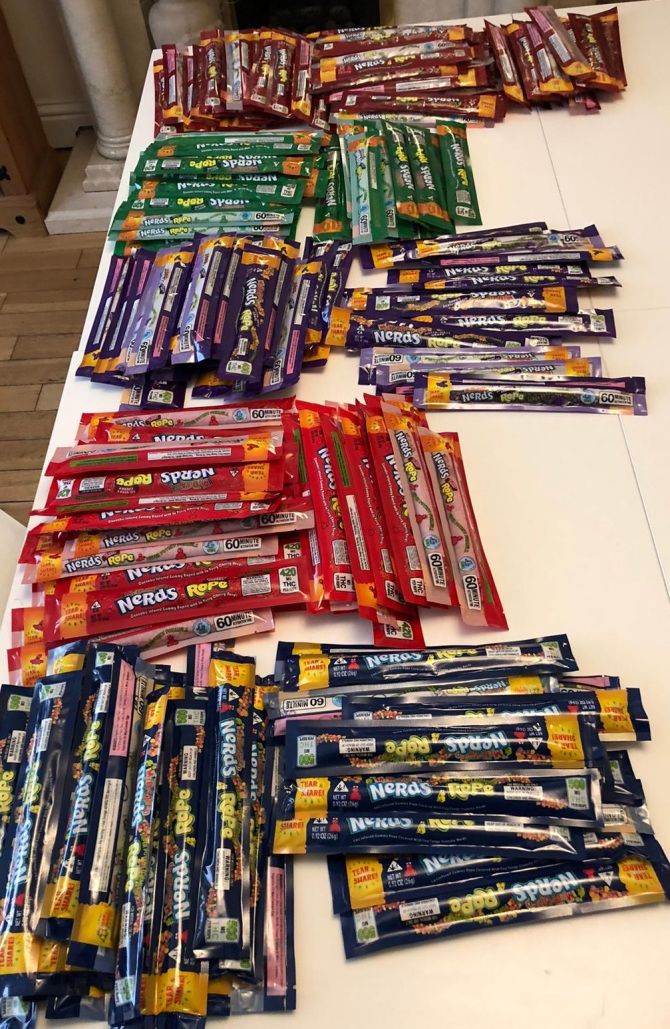 Now a Sun investigation reveals how easy it is to buy products that look identical to popular sweets but are infused with cannabis and sometimes hard drugs like MDMA in just a few clicks.

We found a huge number of British websites that will deliver edibles right to your door – and they are also available to snap up through social media sites like Instagram.

The popularity of potent drug sweets has led to a huge number of alarming incidents involving kids. 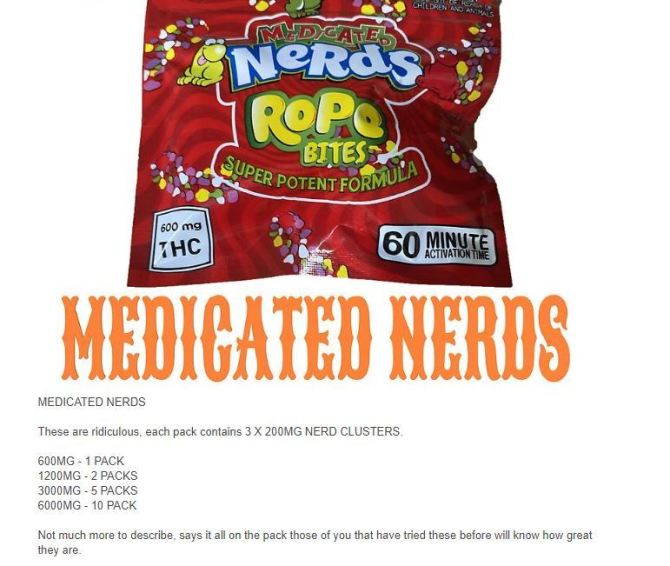 'She literally thought she was going to die'

One London-based parent, who spoke anonymously and asked that we do not name her child’s school, told the Sun: “My 12-year-old daughter was up crying and vomiting all night and complaining she could not breathe.

“We took her to A&E and that is when she admitted she had taken a number of these edibles.

“A boy had been handing them round after school and she had taken quite a few, way more than she could handle.

“They kicked in just after she arrived home and by the time we sat down for dinner she was throwing up in the toilet. 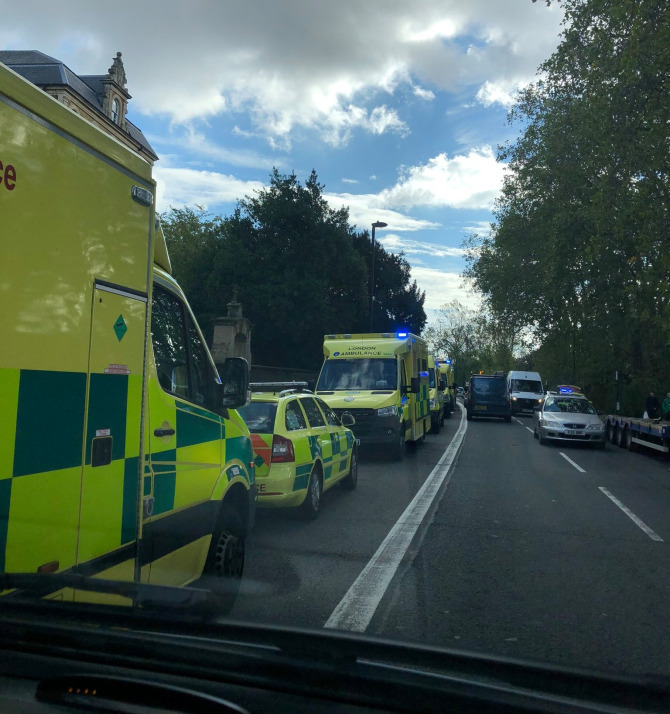 “She’s fine now thankfully but it gave her – and us – a huge fright. She literally thought she was going to die and her heart was pounding at a million miles an hour.

“The edibles she took looked like sweets and although she knew they were laced with THC, she had no idea how strong they were or what they would do.

“We haven’t told the school as we didn’t want her to get in trouble and that’s why I have to be careful what I say.”

Drugs delivered to your door within 24 hours

Our probe found one UK website offering 200mg ‘Bliss’ THC Edibles for £18 a pack, with 10 colourful, sugar-coated sweets in each pack. 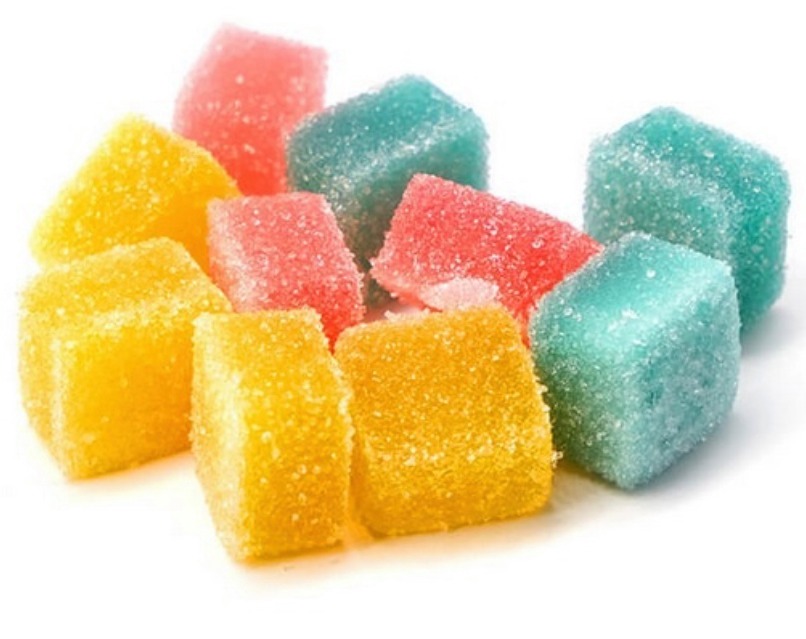 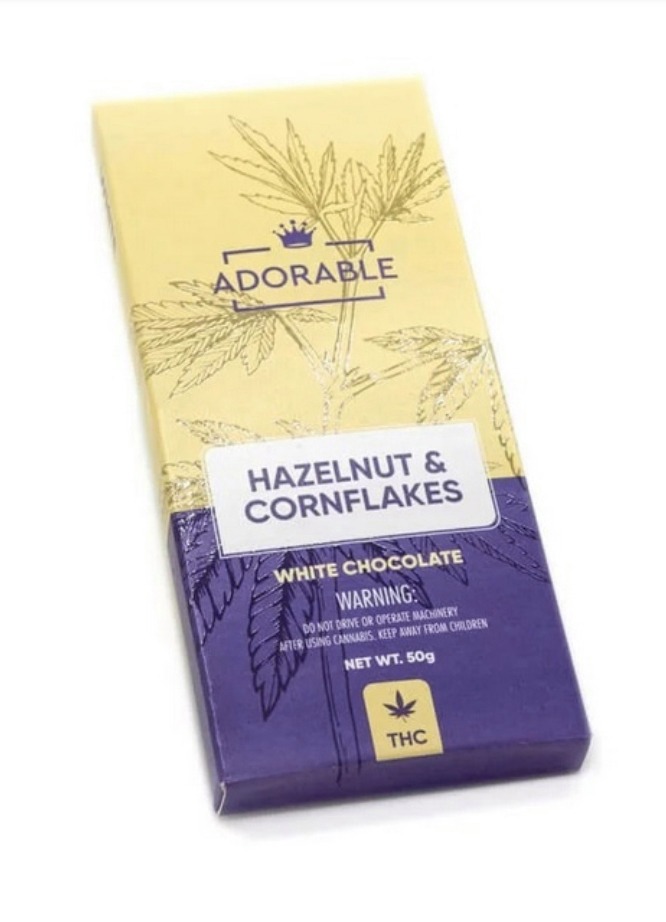 The company offers express shipping, with the drugs delivered in 24 hours for just £5. But customers need to pay using the crypto currency Bitcoin.

The same website sells cannabis-infused THC chocolate bars that look like old-fashioned cassette tapes for £70 and 500mg ‘Ganga gummies’ for £60.

Experts say the sweets are most likely to be bought in bulk by dealers that operate around schools with the individual sweets then sold to youngsters for huge profits.

Children can even use Amazon gift cards as payment instead of traceable bank cards.

Each individual sweet contains over 8mg of THC, considered a powerful dose for an adult and way more than a child can handle.

Standard delivery for those products costs £10 and the company lists a UK landline and mobile phone number for questions about an order.

Edibles can also be bought through Instagram accounts that are easily found online. 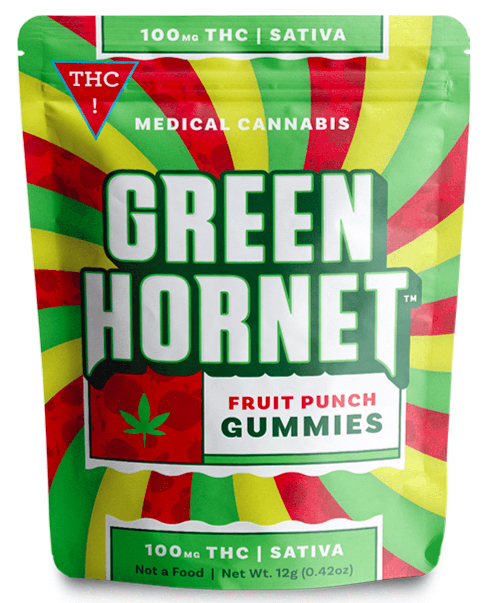 One London-based dealer is offering ‘sweets’ that came in bright packaging with a bearded cartoon leprechaun on the front.

Each packet contains a whopping 200mg of THC, meaning the individual candies would have around 20mg each.

A second dealer advertised cannabis cookies and chocolates on Instagram with customers asked to send them a direct message or Snapchat message to make a purchase.

Like most of the accounts, the dealer wrote ‘Nothing for sale’ next to the photos of the edibles, which appears to be how they get around Instagram’s rules on advertising. 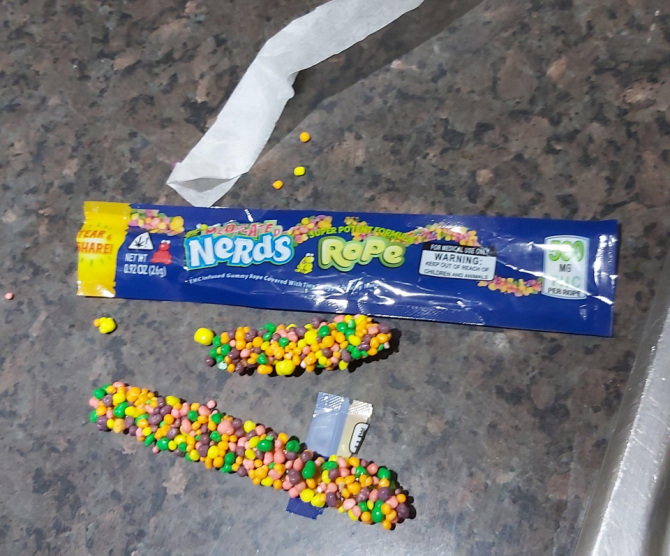 And someone describing themselves as a ‘Cannabis worker in Greater London’ is offering to sell MDMA edibles on an easily accessible website.

'Edibles can be disorientating so you might have an accident'

Drug expert Harry Shapiro told The Sun: “These companies will get away with it until they don’t.

“The problem is that as soon as they shut down one website another one opens and with all the things these internet platforms have to monitor, it’s no surprise that some things slip under the radar.

“I’ve read about cases where kids have been taken to hospital because they were clearly not well.

"Eating cannabis is not the same as smoking it because if you are eating something it has to travel a long way to get to the brain, so it takes longer to have an impact and you might have taken too much by then.

“If you had a young person with serious mental health problems and they were eating a lot of these things it wouldn’t do them any good.

“In drug terms there are things I am more concerned about, like the use of Xanax which seems to be on the rise.

Eating cannabis is not the same as smoking it because if you are eating something it has to travel a long way to get to the brain, so it takes longer to have an impact and you might have taken too much by then.

“But taking edibles won’t be a nice experience for most children and, while they are not necessarily life threatening, I would be concerned if they were using them in a dangerous situation like beside a canal bank or next to a railway track. Edibles can be disorientating so you might have an accident.”

It can take up to four hours to feel the full effects of cannabis edibles and up to 12 hours for them to wear off.

Experts say the side effects can include vomiting, a racing heart, confusion, paranoia and panic attacks and are often confused by doctors with meningitis symptoms.

Kids hospitalised across the country

Terrifying edibles incidents have taken place up and down the country in recent years.

In March, staff at Ryedale School in Nawton, North Yorkshire, were shocked to find pupils dealing edibles to other kids. 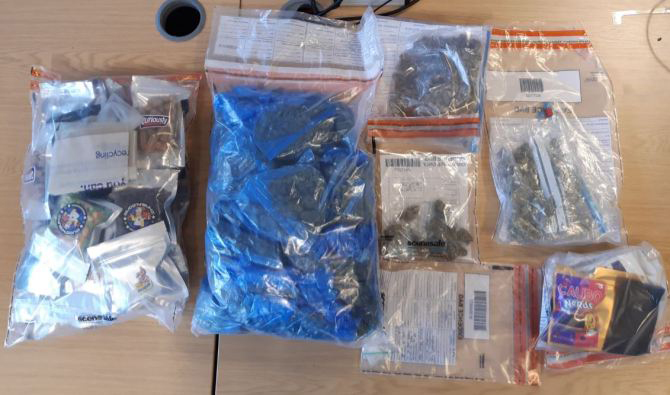 In a letter to parents, Domenica Wilkinson, the secondary director, said the police had been called in and added: “A small group of students were involved in the organisation of bringing drugs into school and passing them on to students who had paid money for them.

“These drugs were in the form of ‘edibles’, substances containing cannabis that take the form of sweets. Some were also passed to other students who had not paid for them and a small number were consumed on the school site.

“Following our own investigation, a number of students have received lengthy internal exclusions and some students will not return to Ryedale School following the conclusion of our investigation.”

In July, a teenage girl was rushed to hospital in Castleford, Yorkshire, after eating Nerds Rope candy that was apparently laced with amphetamines. 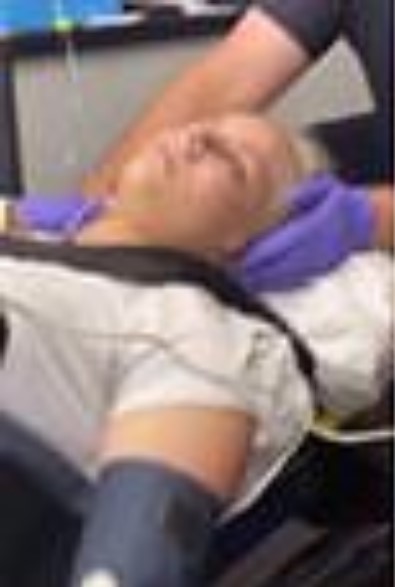 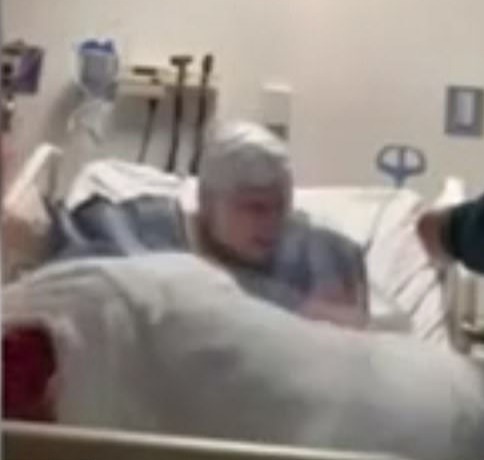 Insp Kerry Feathers said: "The production operation we discovered and dismantled today is highly professional and they would easily be mistaken for normal sweets.

"We want to warn teenagers and parents of the dangers of taking 'laced Nerd Rope'. It may look like a sweet but taking it could be dangerous and is also illegal.”

Then, in August, North Yorkshire Police issued a public warning after they found that ‘Nerds Rope’ sweets laced with MDMA, also known as ecstasy, were being offered to kids.

PC Lauren Green said at the time: “We want to make parents and carers aware that we have seen a slight rise in young people being in possession of drug-infused sweets known as 'edibles'.

“They can look very similar to well-known sweets such as Haribo, Smarties and chocolate bars.

“Edibles can be laced with illegal drugs such as cannabis and MDMA.

“Unregulated sweets like these are dangerous as we don’t know what levels of drugs they contain. They are available to buy on the internet and so could easily be obtained by young people, especially at this time when they are using the internet more than ever due to the coronavirus restrictions.” 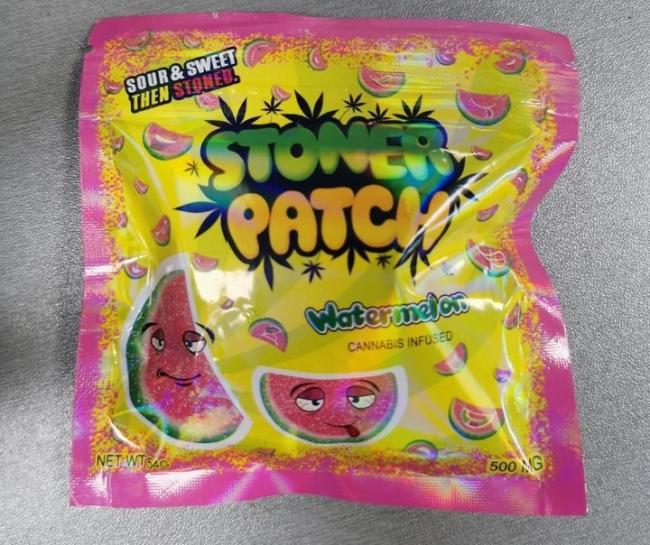 A similar alert went out in Warrington, Cheshire, that month when ‘Stoner Patch’ sweets containing cannabis were found to be circulating amongst kids.

It is understood that one of the girls had received the sweets from a stranger and decided to share them out. 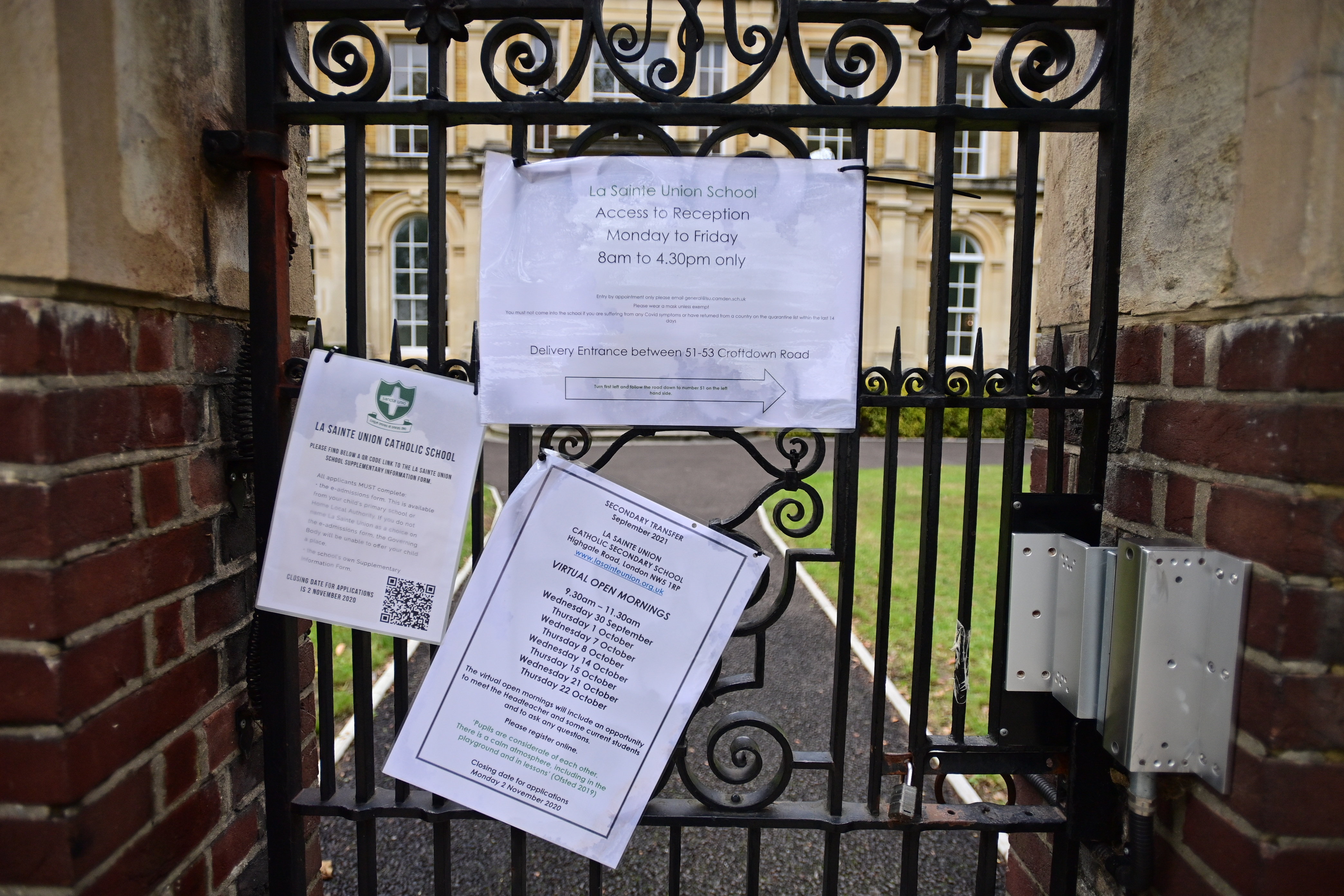 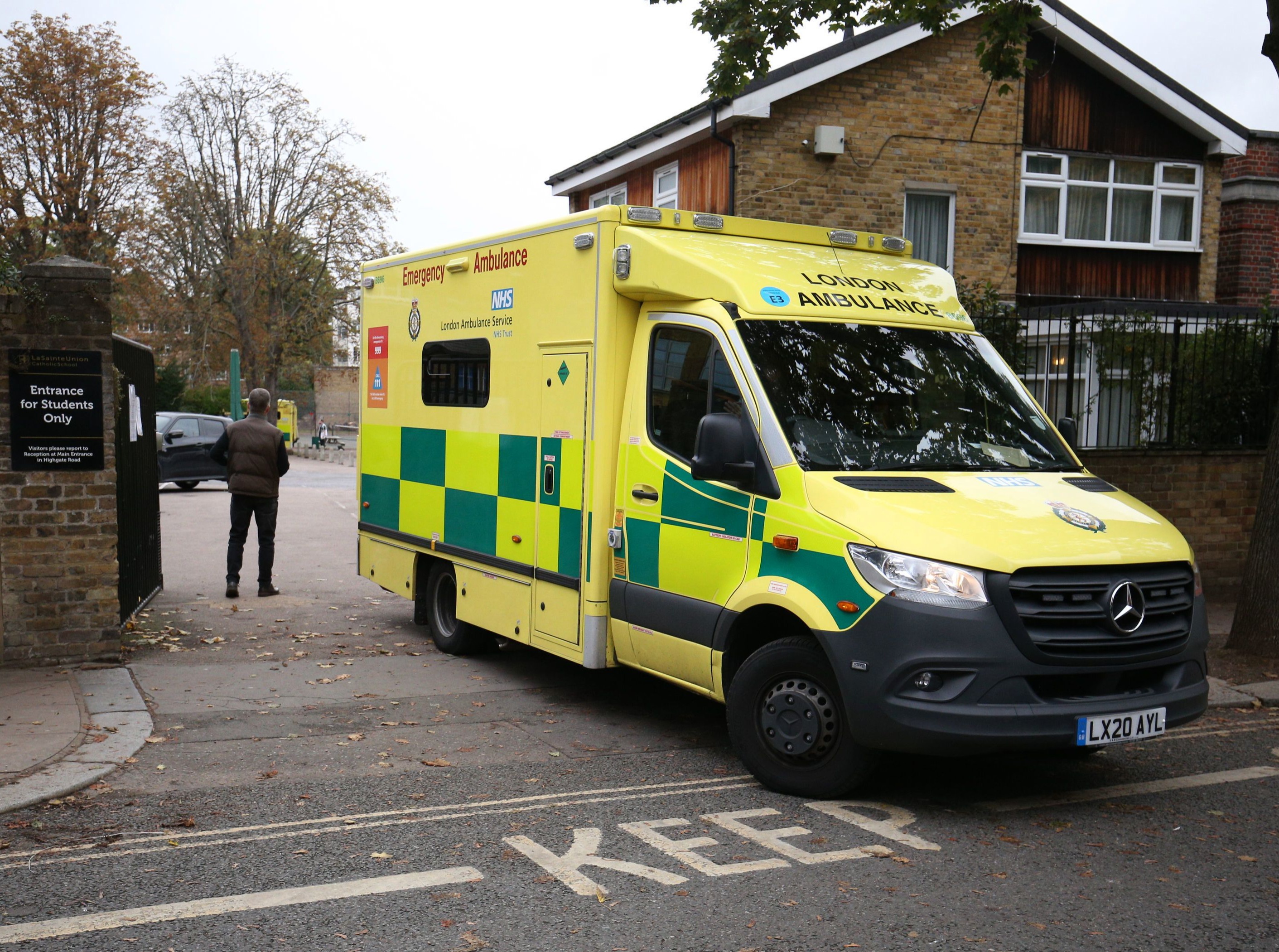 And recently police in the Lake District issued an alert after a dealer was intercepted heading to the popular tourist area Windermere just before half term.

The warning stated: "Officers have been dealing with multiple incidents relating to young people being intoxicated from cannabis infused sweets.

"The wrappers essentially look like any sweet packet so parents please be aware.

"Any of these sweets with a genuinely high THC content are both dangerous and illegal.

"THC is the main psychoactive compound found in cannabis

"Officers have already made a number of large seizures one of which was bound for Windermere.

"The local male involved has been released under police investigation on suspicion of possession of a controlled drug with intent to supply."

Across the country there have been more than 2,600 cases involving drugs on school grounds in England and Wales between 2016 and 2019, an increase of 27.5 per cent.

The police data, obtained through the Freedom of Information Act request, showed cannabis was involved in 1,899 incidents, while MDMA and cocaine were among the more popular drugs seized on school premises.