Hospitals in Texas were being evacuated as patients were left without water or power as the winter storm that blew through the area earlier this week has continued to leave the power grid crippled – and another storm was set to roll through.

St. David’s South Austin Medical Center and Dell Children’s Medical Center, both in Austin, Texas, are being evacuated, according to local news reports. 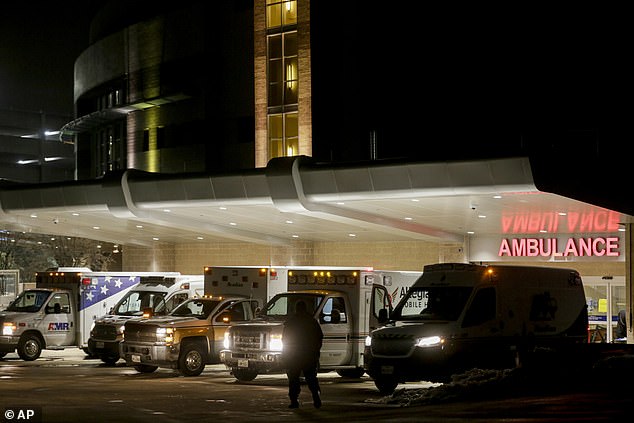 Ambulances line up outside of St. David’s South Austin Medical Center in preparation to transport patients in Austin, Texas, on Wednesday 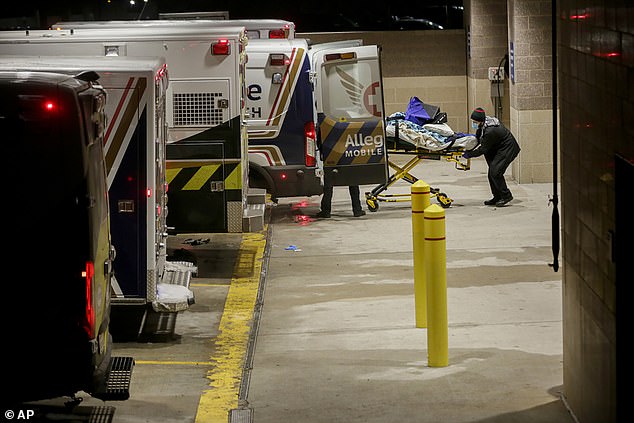 A patient at St. David’s South Austin Medical Center is prepared for transport in Austin, Texas, on Wednesday

Patients are being sent to other hospitals in the area that have capacity, but with all facilities under strain because of the weather emergency – and the power outages and water failures that have come with it – no one hospital can accept all of the patients that need to be transferred, according to David Huffstutler, the CEO of St. David’s HealthCare, KUT reported.

St. David’s is without water pressure and is also losing heat because water feeds the facility’s boiler.

The hospital has just under 300 patients.

Other hospitals were facing similar issues, with toilets that can’t flush and no heat.

Some even had to transport human waste in trash bags because of the lack of water, KVUE reported.

Officials with the hospitals said they were working with the city and other medical officials to transport patients home or to other facilities in the area, where possible.

Seven million Texans are also under boil water notices after the deadly storm compromised water filtration systems there – a problem exacerbated by the lack of power in many homes.

Another blast of ice and snow forecast Wednesday threatened to sow more chaos, with more than 3 million people reported to be still without power.