GREEK police unleashed tear gas today on women and children on the island of Lesbos during a protest by angry migrants left homeless by a blaze at Europe's largest refugee camp.

Harrowing images show small kids writhing in agony after they became affected by the stinging chemicals which were fired by cops trying to stop the refugees marching on the port as they try to leave the island. 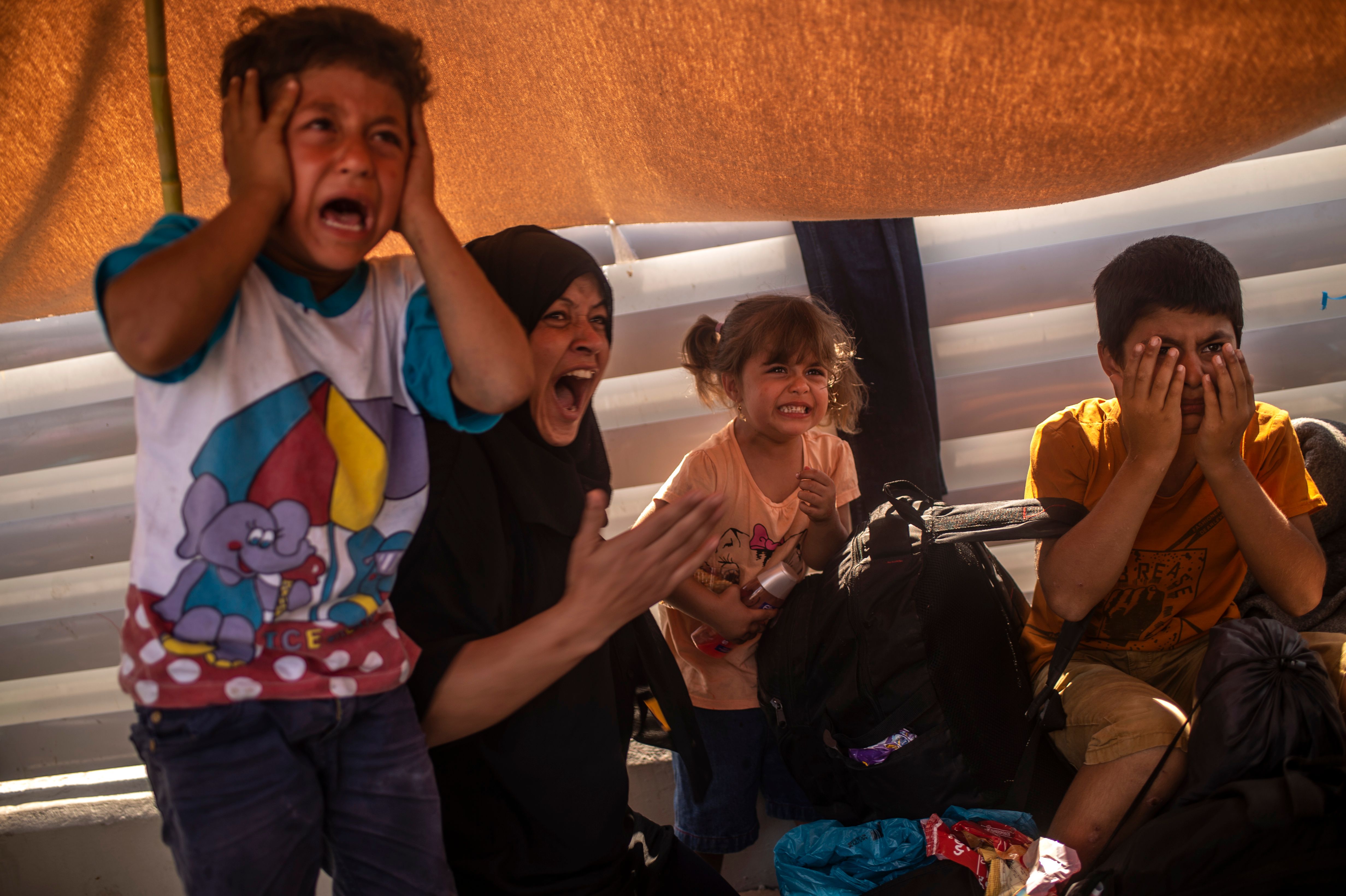 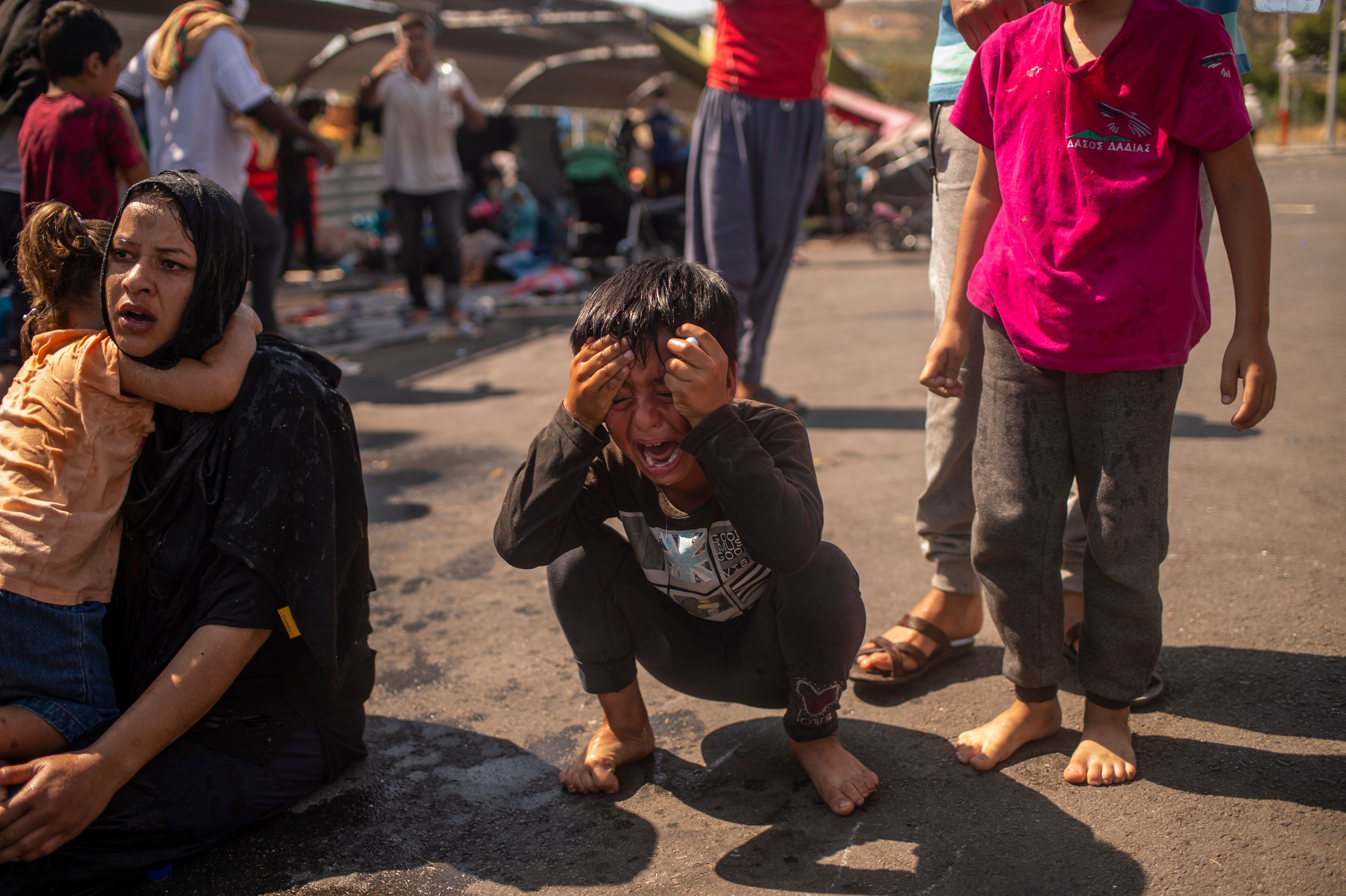 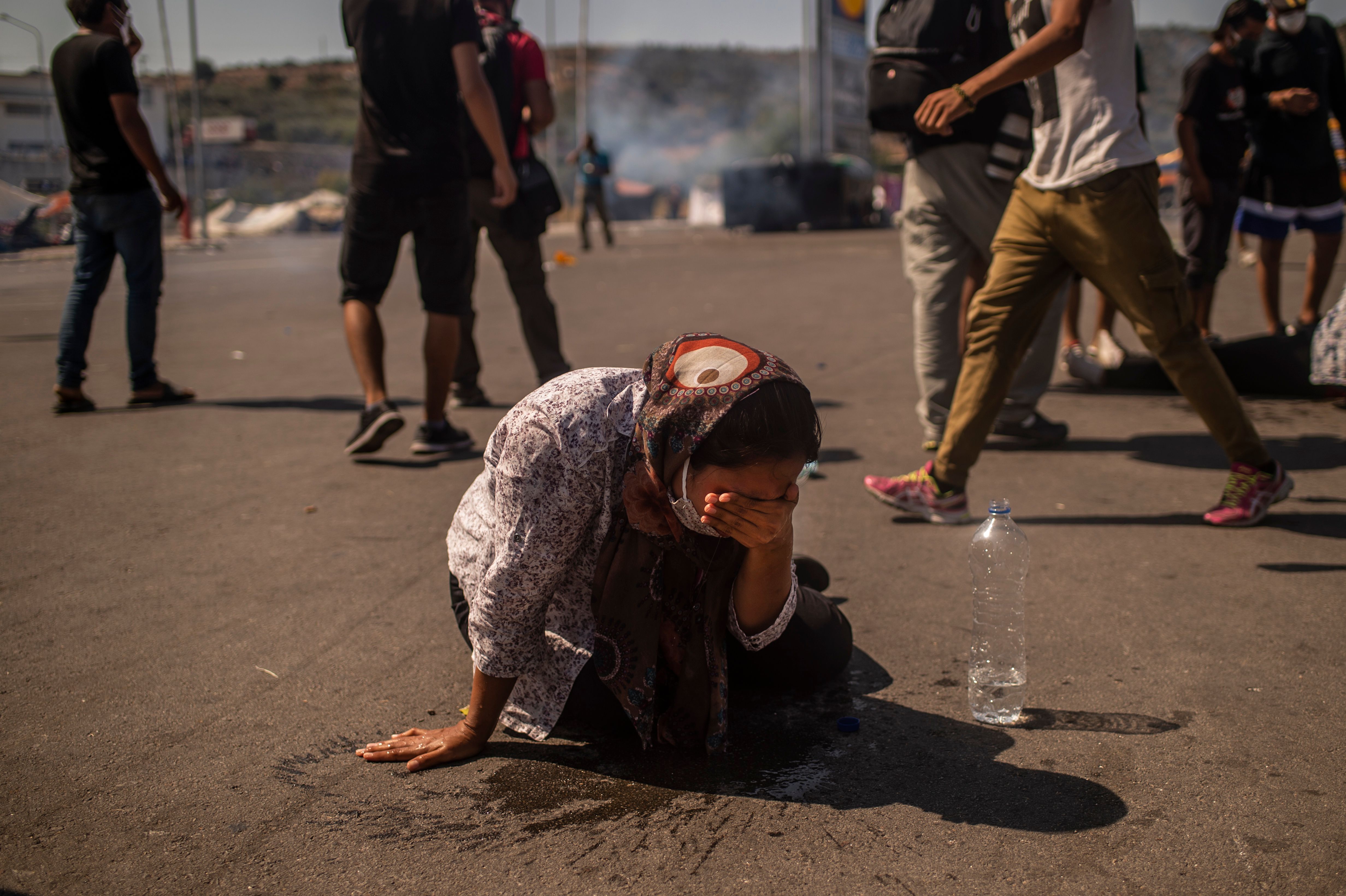 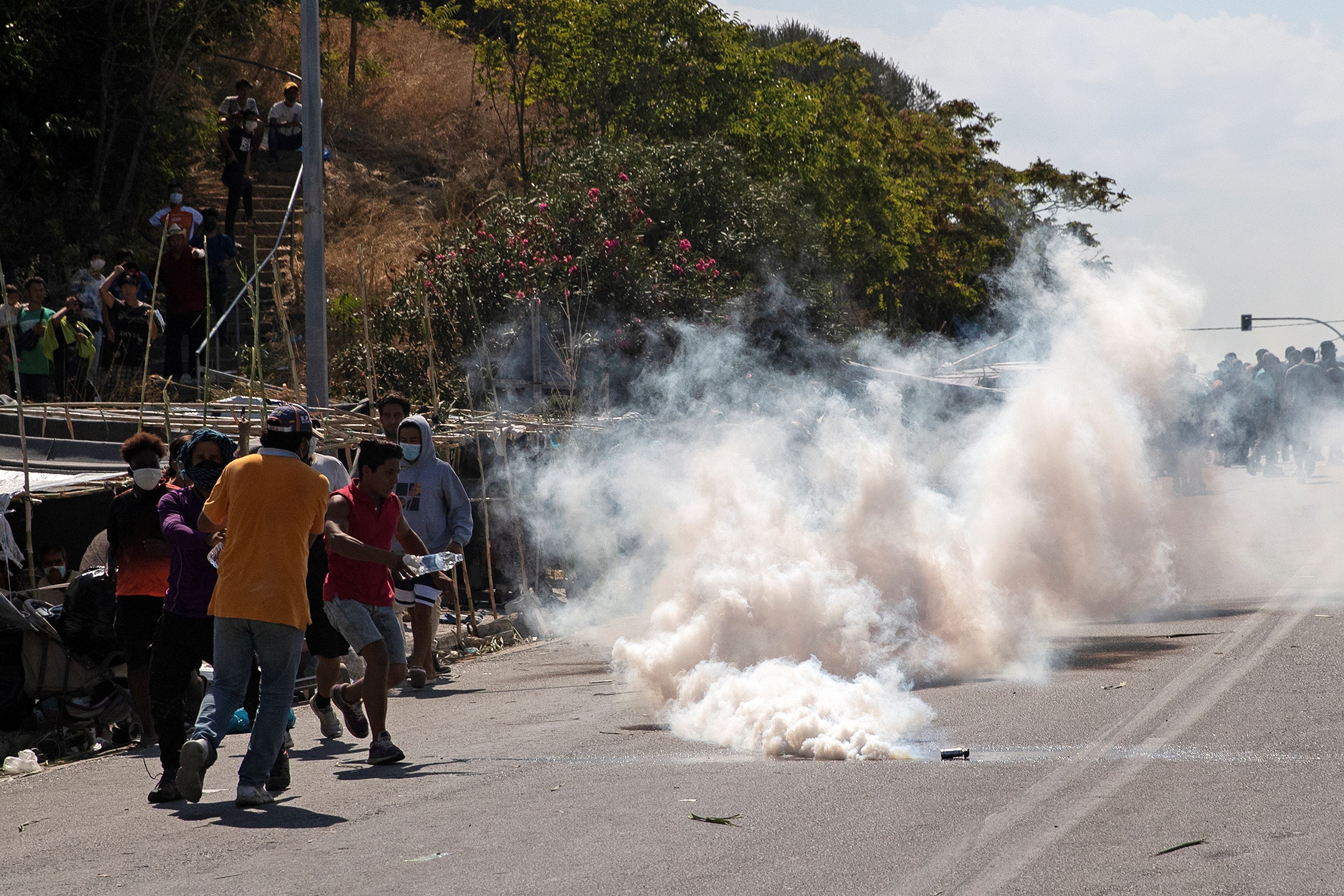 The riots come after the Moria camp mostly burned down after allegedly being set on fire by migrants who were angry at quarantine and isolation orders.

The measures were imposed after 35 people in the Moria camp tested positive for Covid-19.

The Greek government has declared a state of emergency because they fear the wandering refugees would end up spreading the virus among themselves and islanders.

With the camp gutted, men, women and children — mostly from Afghanistan and north Africa — have been sleeping under improvised shelters made of reed stalks, blankets and salvaged tents.

But frustrated at the lack of help, thousands assembled for a protest demanding to be allowed to leave the island so they can make their way to prosperous northern European countries.

Some carried handwritten signs carrying messages including: "We don't want to go to a hell like Moria again".

Another said "can you hear us Mrs Merkel?" in an appeal to the German Chancellor.

During the 2015 migrant crisis she accepted a sudden influx of 1.1 million people from Asia and Africa who were moving on a route north via Turkey, Greece and the Balkans. 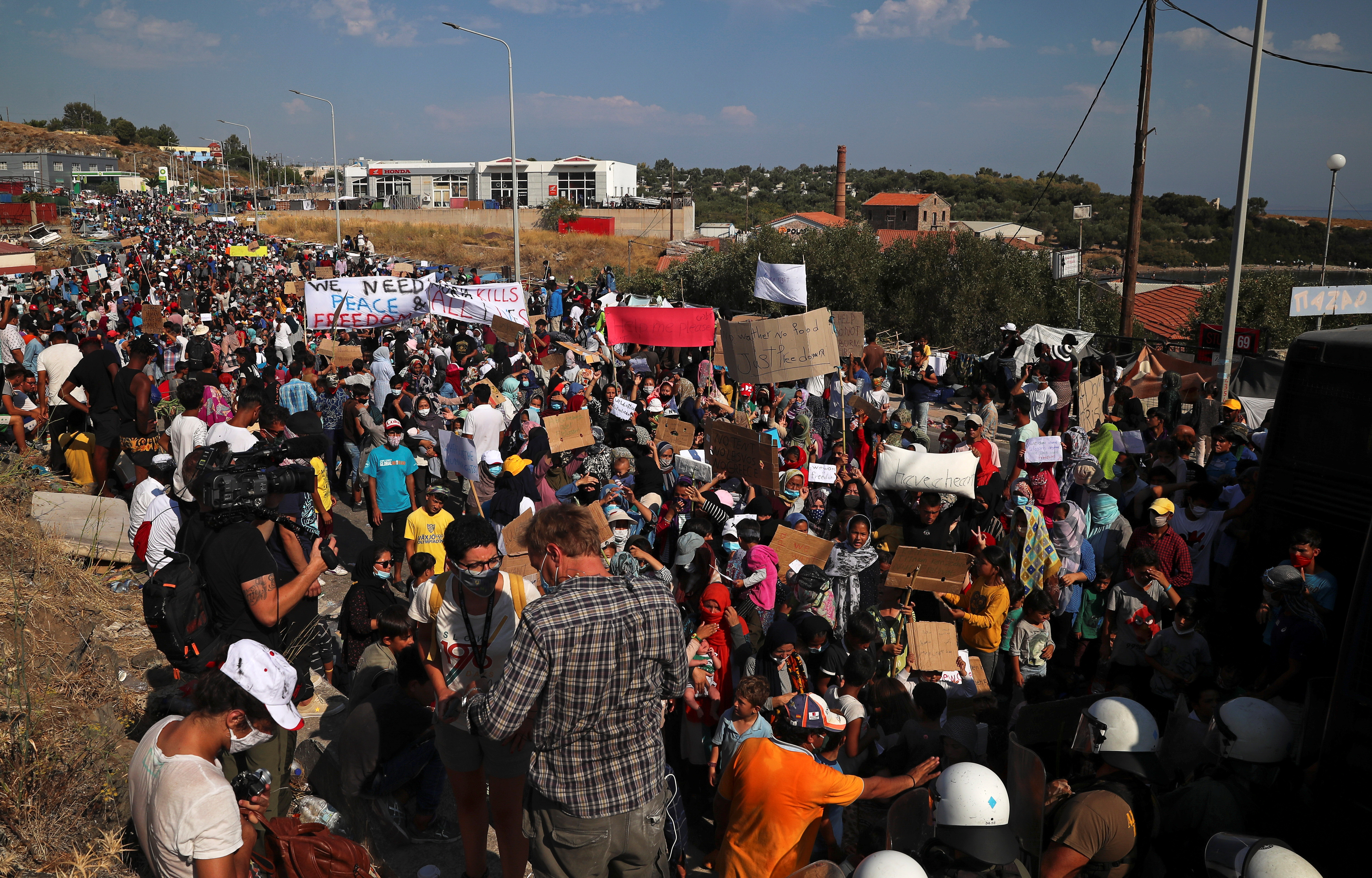 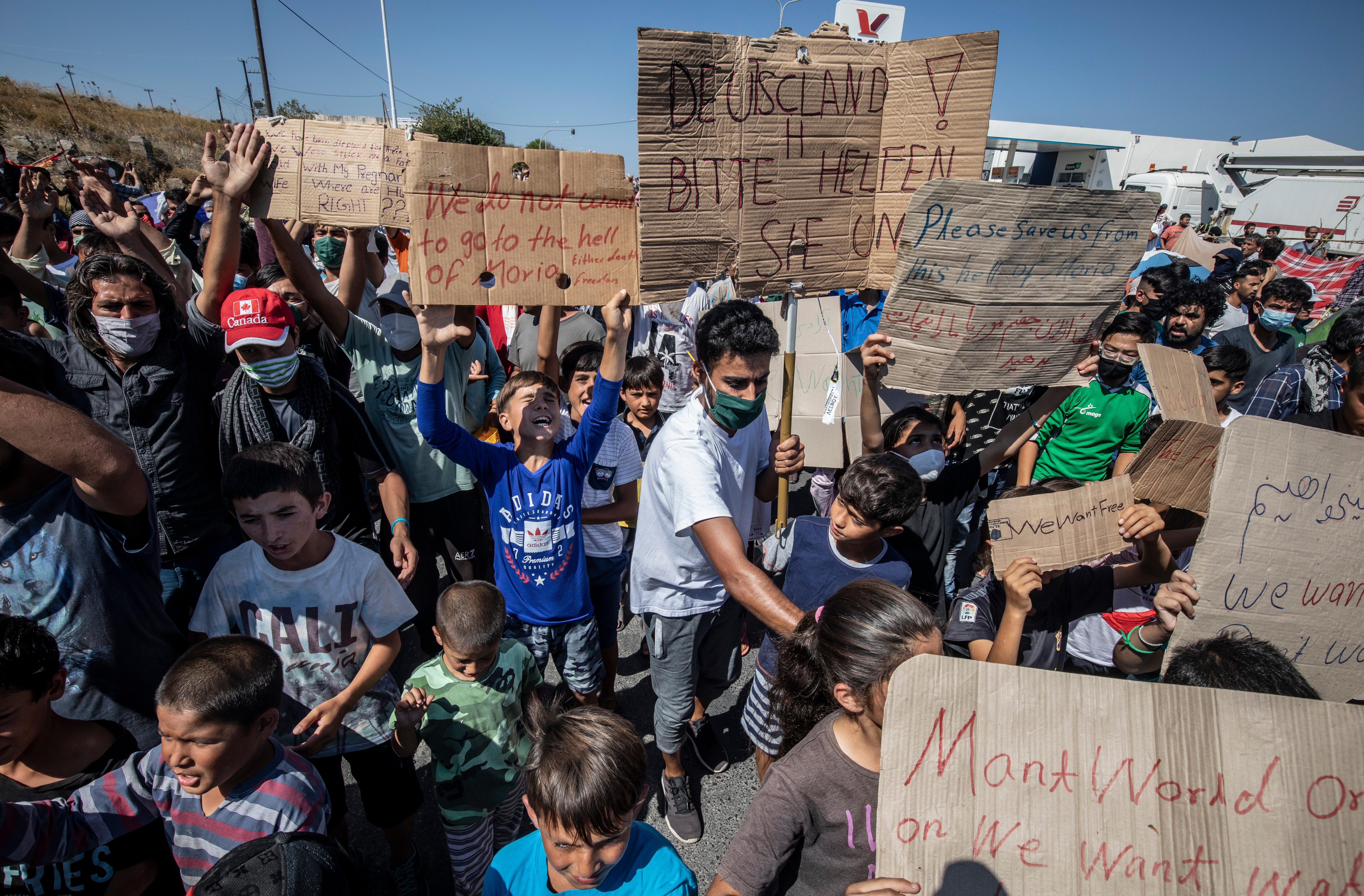 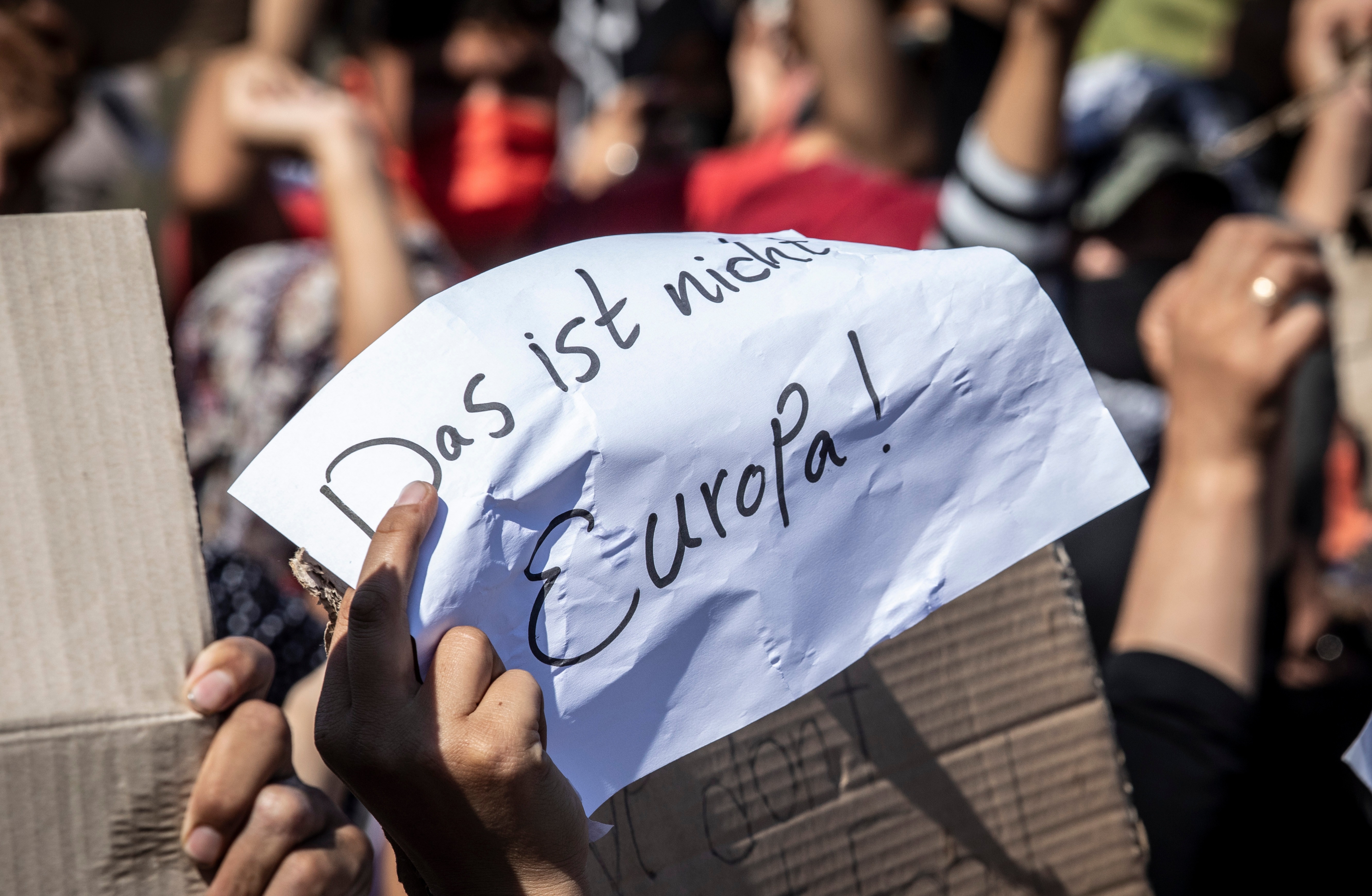 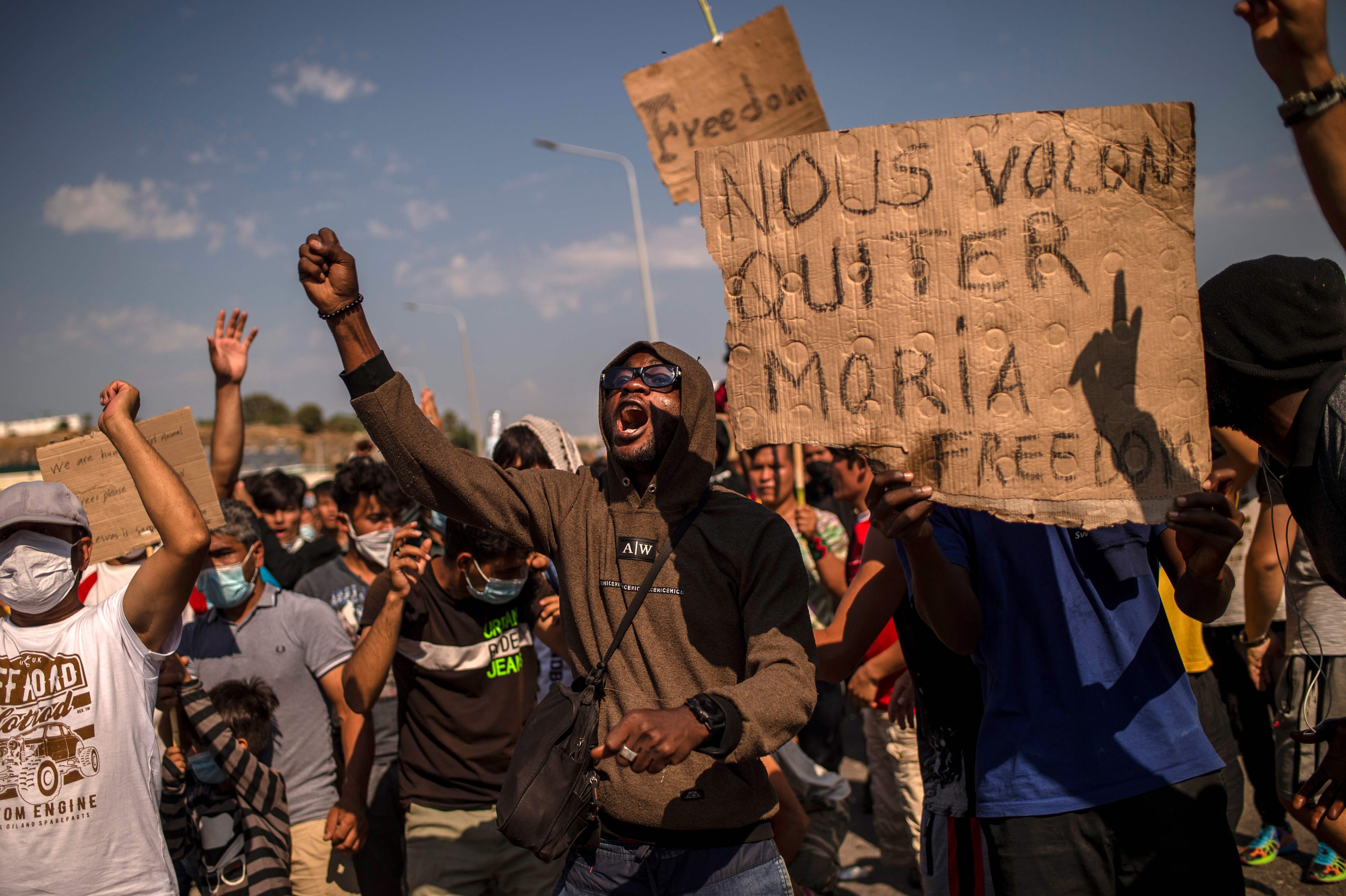 But following an agreement with the Turkish government to stop people using their country as a transit point, the migration route to the northern countries was effectively blocked.

Camps like Moria were set up to process asylum claims of those who managed to get to the island of Lesbos as a staging post to enter the EU.

Yet aid agencies have long warned of dire living conditions in the facility, where more than 12,500 have been living in and around a camp built to house just over 2,750.

It has long been held up by critics as a symbol of Europe's failings in migration policy.

The demonstration this morning was loud but peaceful, with mainly children and women at the front.

But riot police fired tear gas when the demonstrators started marching towards the port.

But this did not stop protesters chanting slogans and holding up improvised banners made of pieces of cardboard or sheets.

One read: “We need peace & freedom. Moria kills all lives.”

But leaving the island would require a bending of European Union rules.

Under law asylum-seekers reaching Greece’s islands from Turkey must stay there until they are either granted refugee status  — or deported back to Turkey. 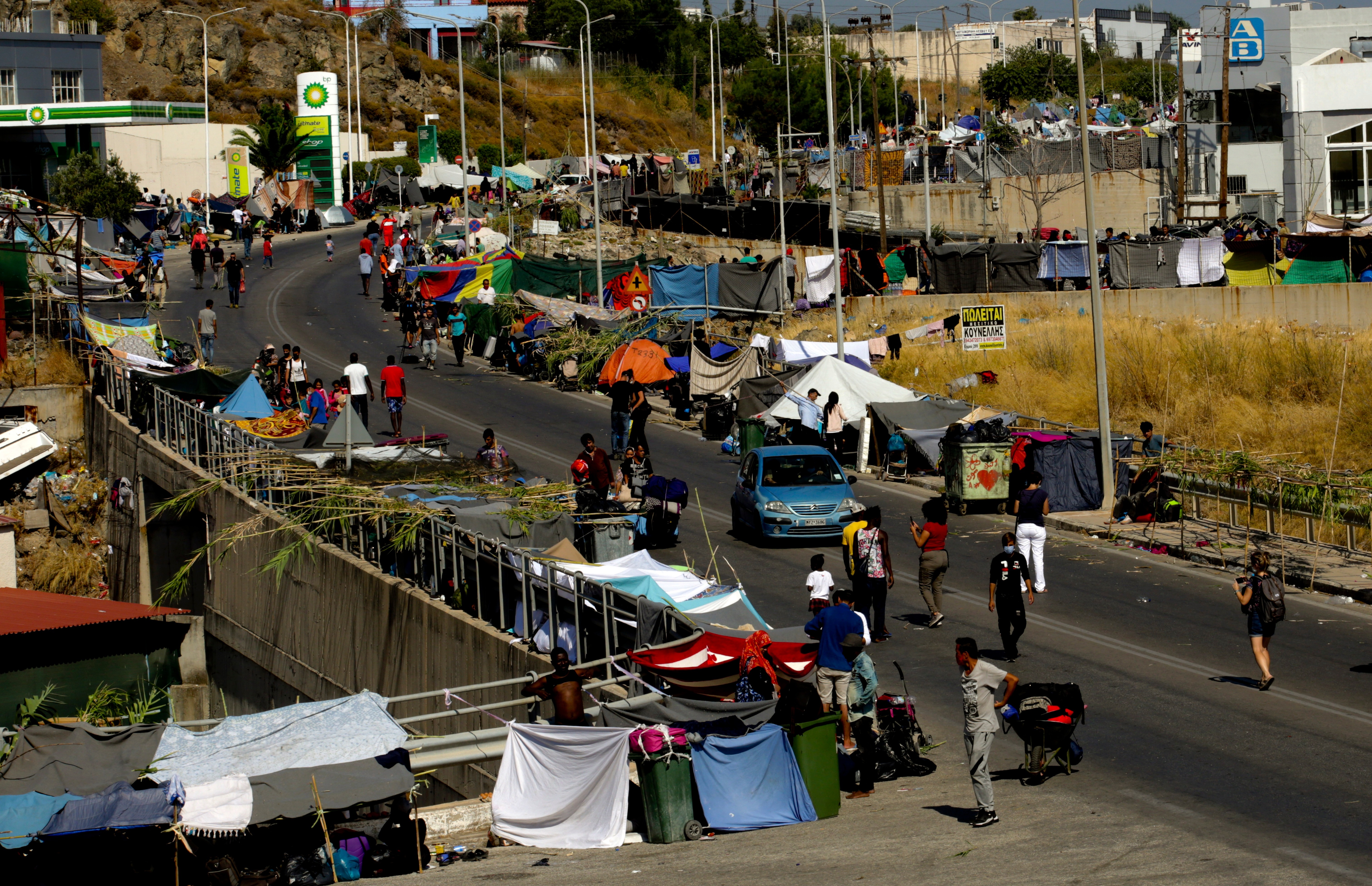 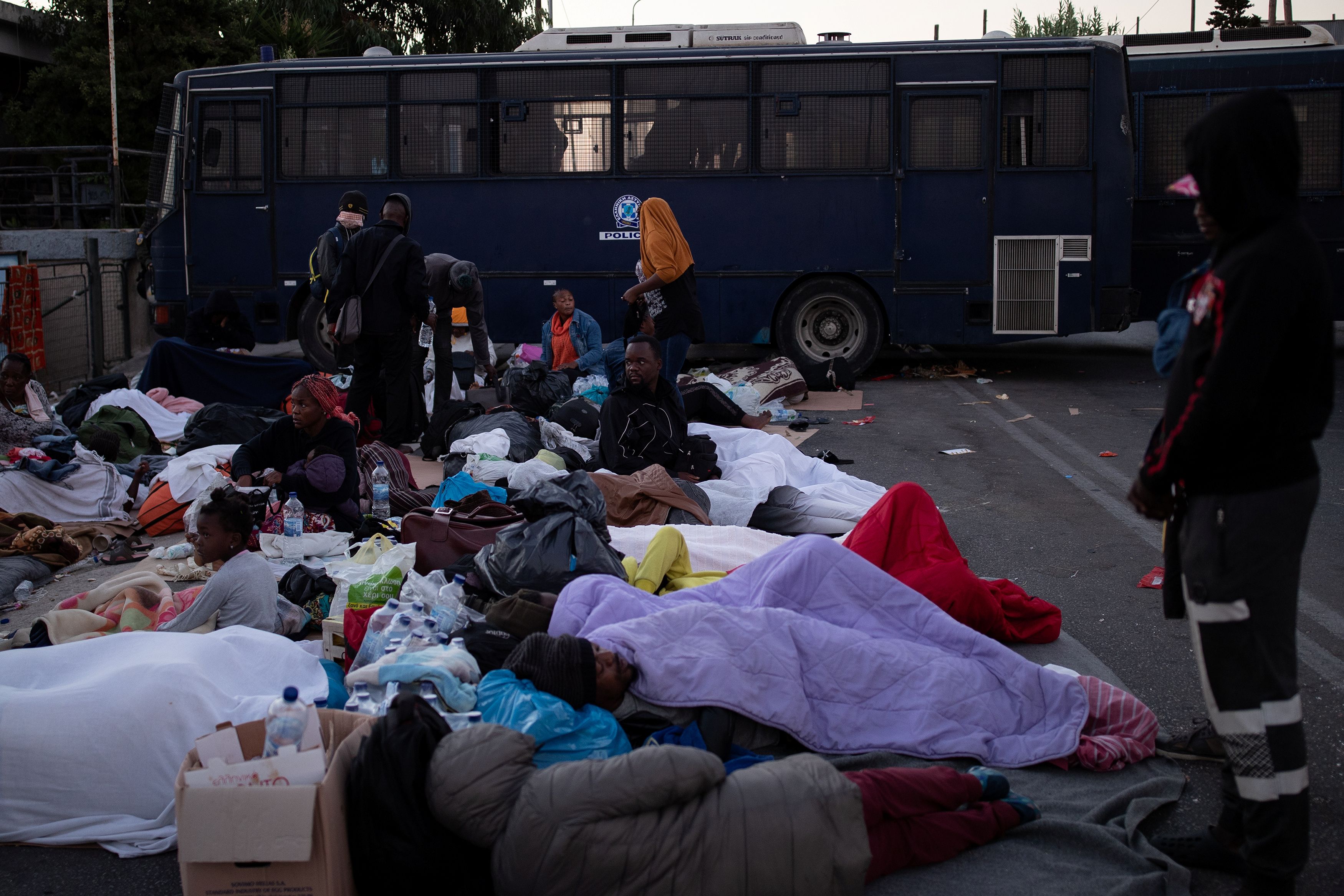 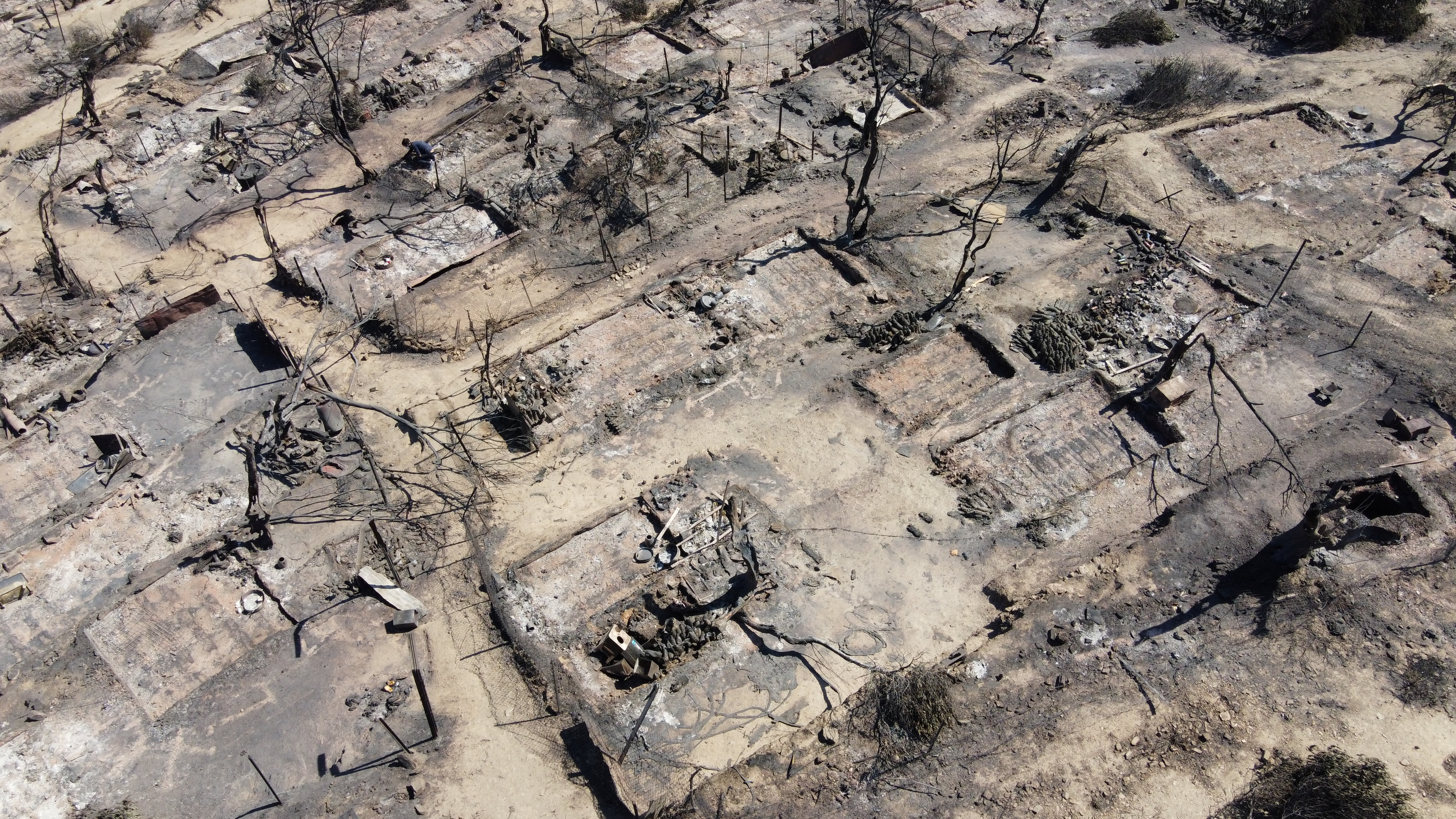 Moria was put under a virus lockdown until mid-September after the first case confirmed there was identified in a Somali man who had been granted asylum and left for Athens but later returned to the camp.

On Friday, 200,000 rapid-detection kits for the virus were flown to the island for an extensive testing drive that would include asylum-seekers and islanders.

The World Health Organization said Greece had asked for the deployment of an emergency medical team. Two such teams, one from Belgium and one from Norway, were expected to arrive on Saturday and Monday.

Authorities have said none of the camps residents except for 406 unaccompanied teenagers and children would be allowed to leave the island.

The unaccompanied minors were flown to the Greek mainland on Wednesday, and several European countries have said they will take some of them in. 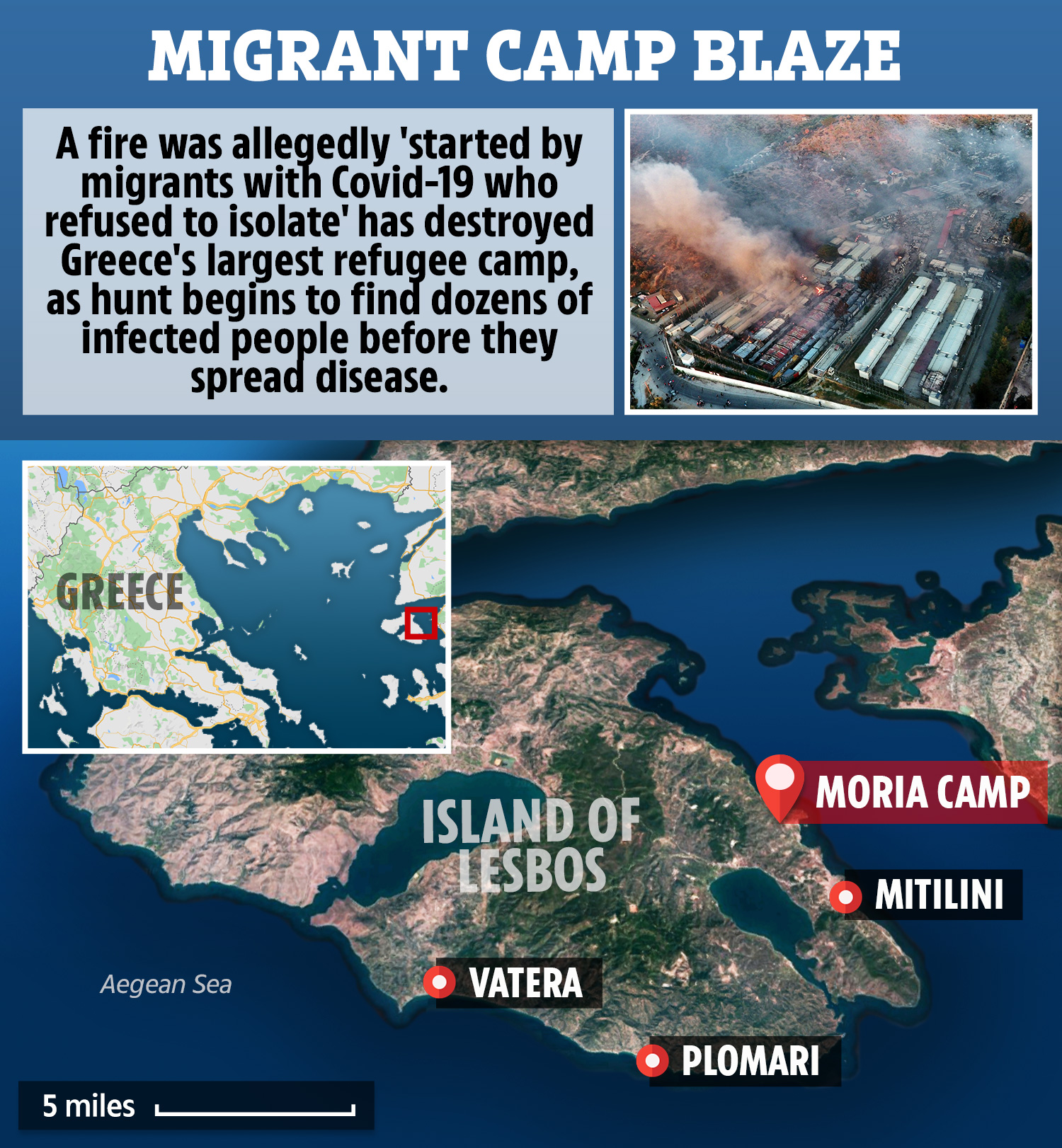 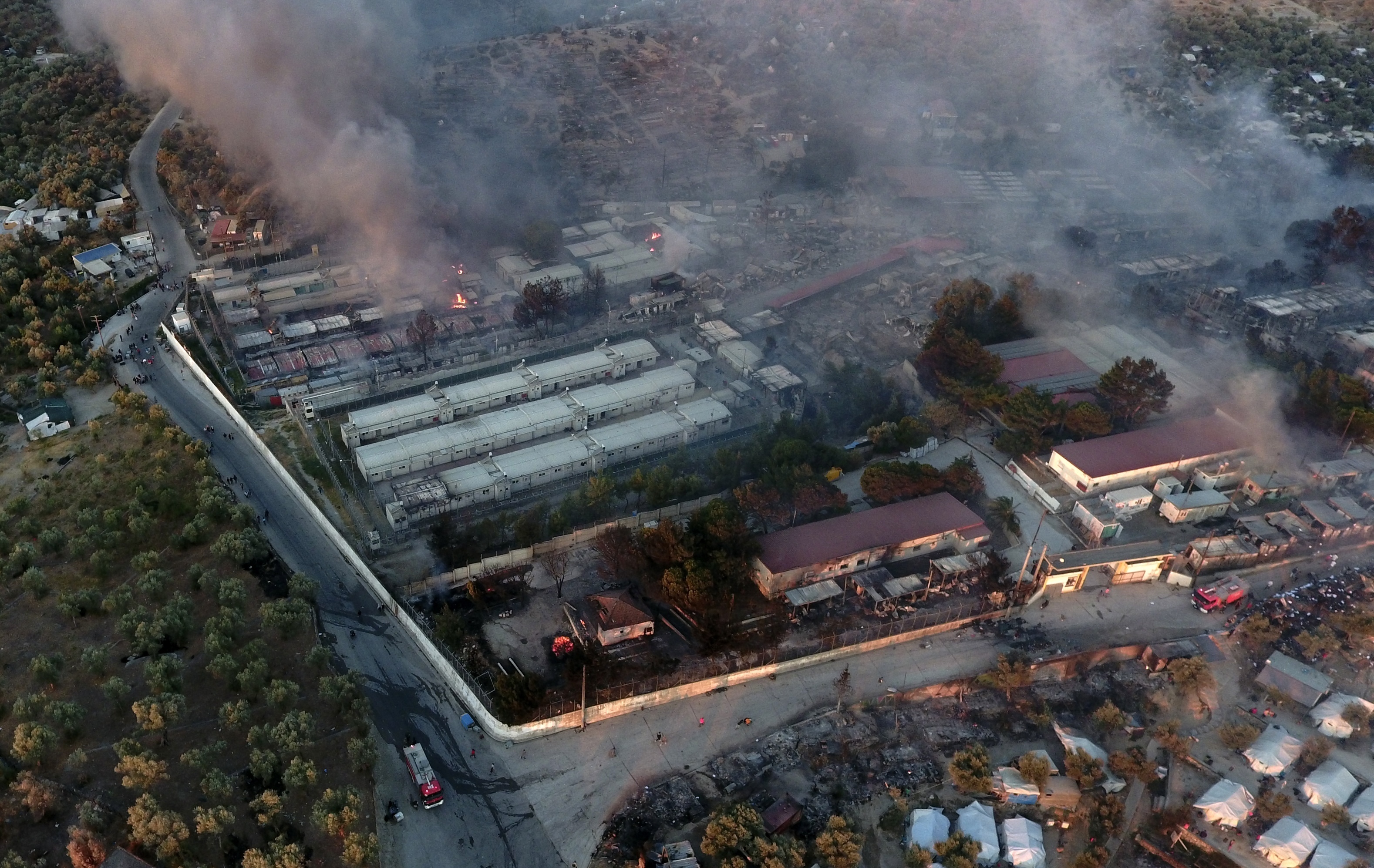 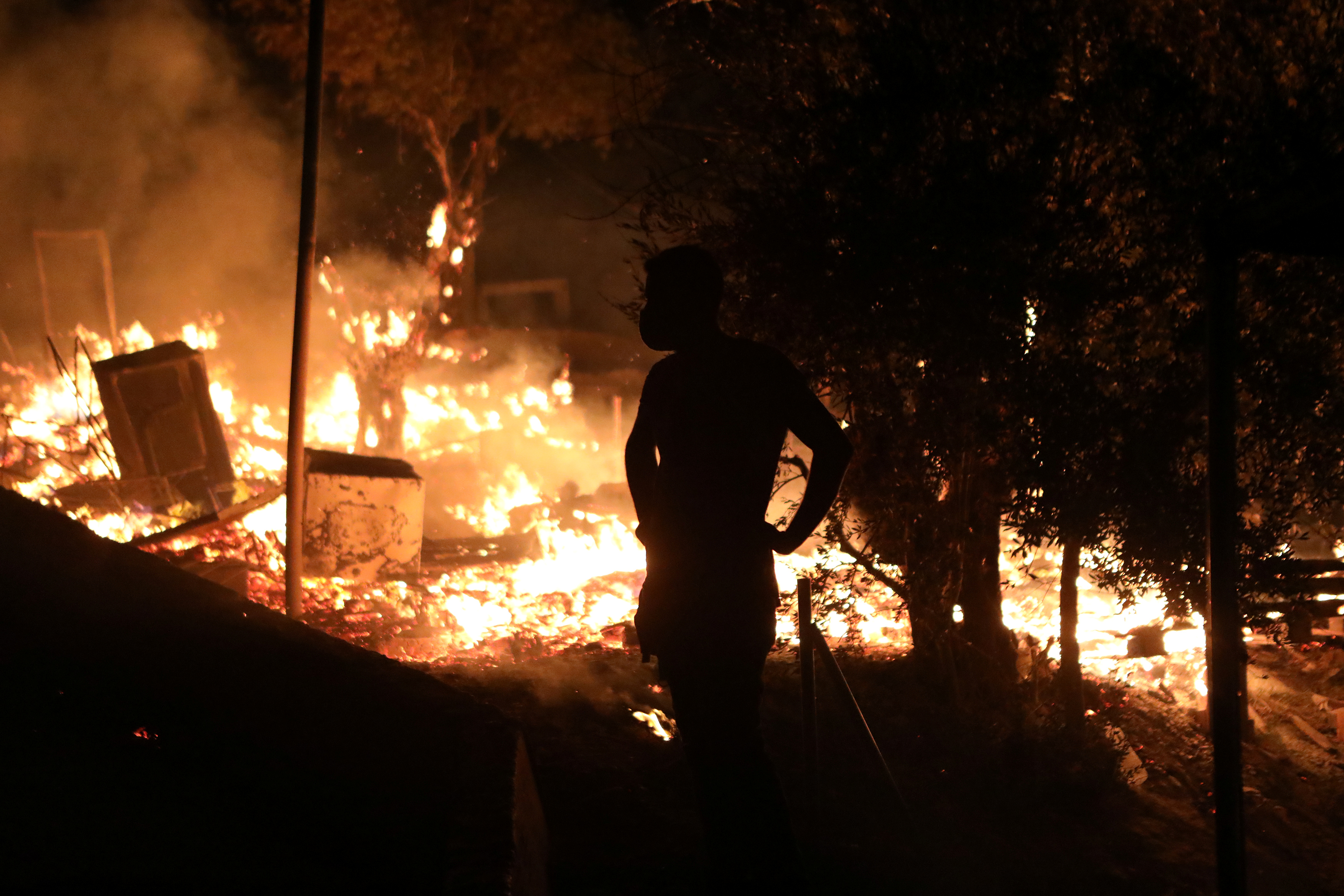 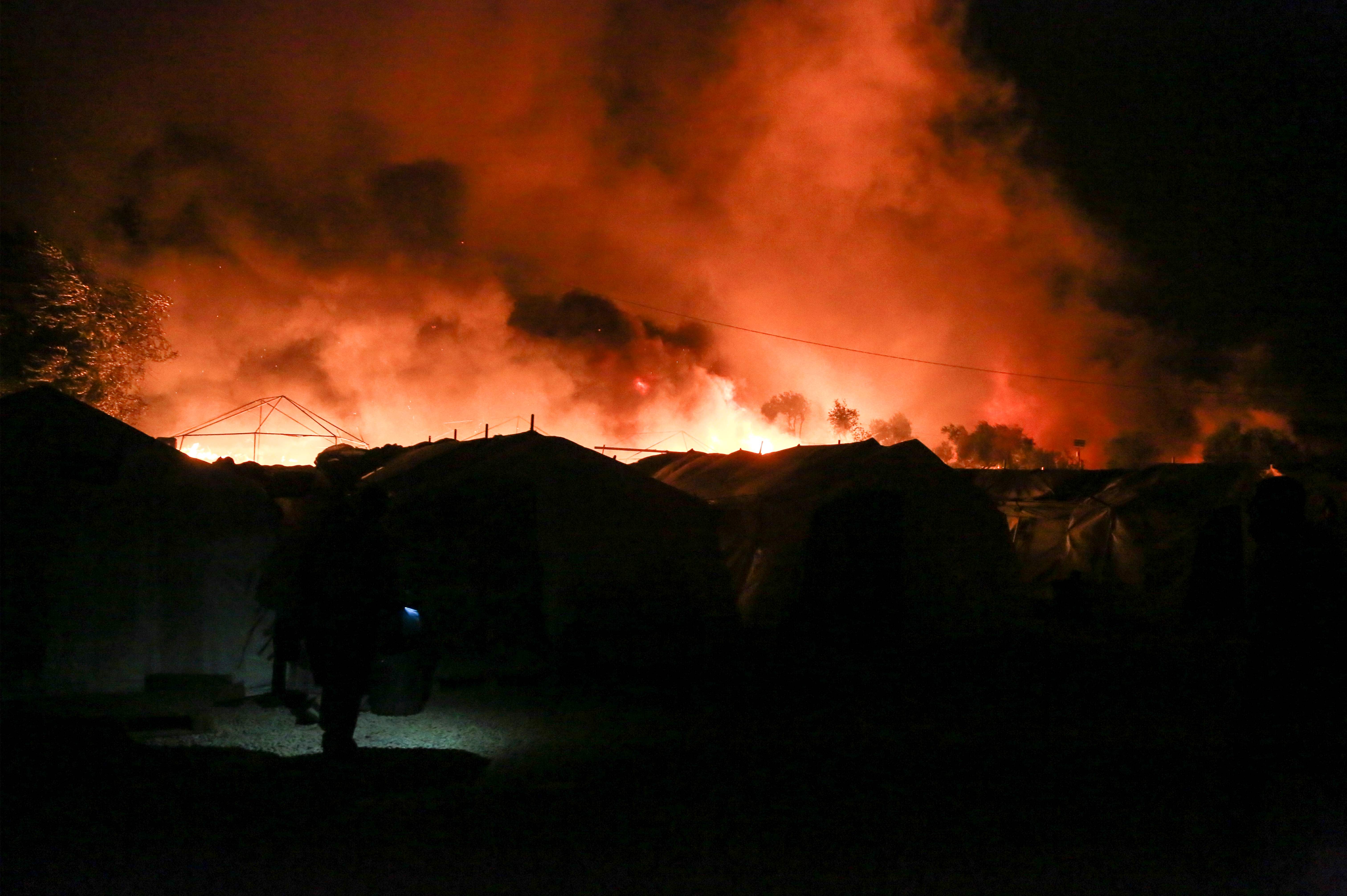 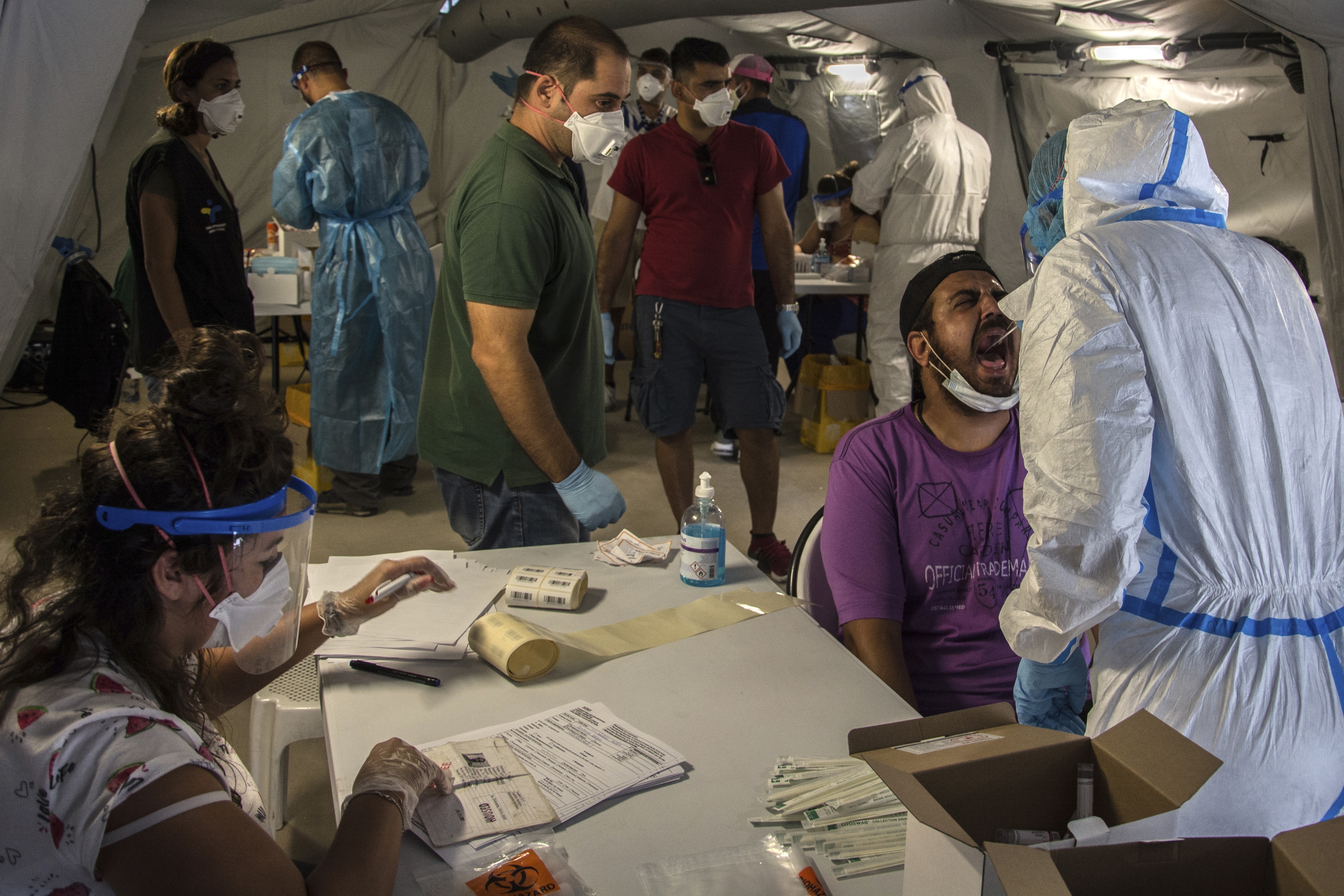 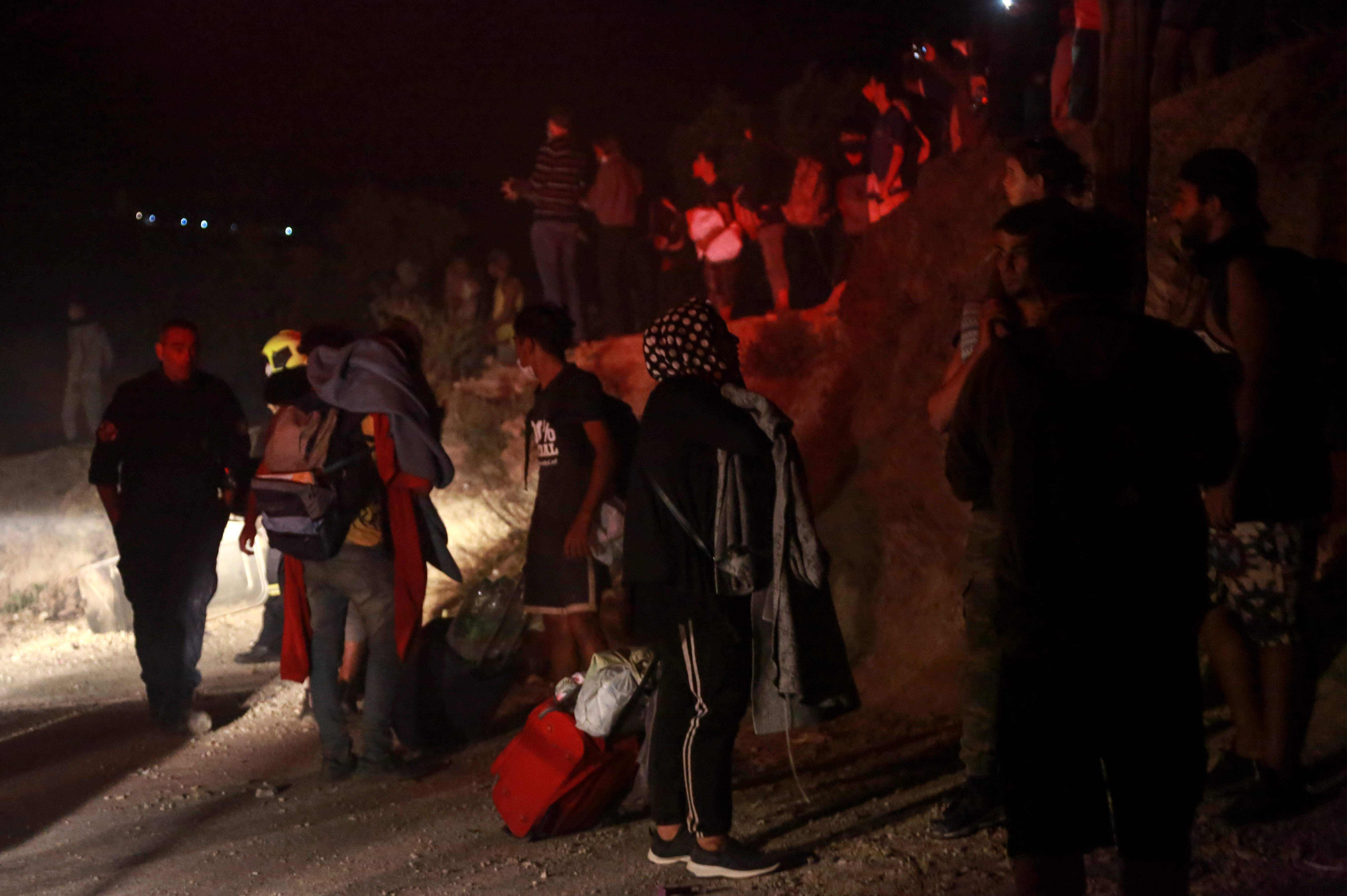 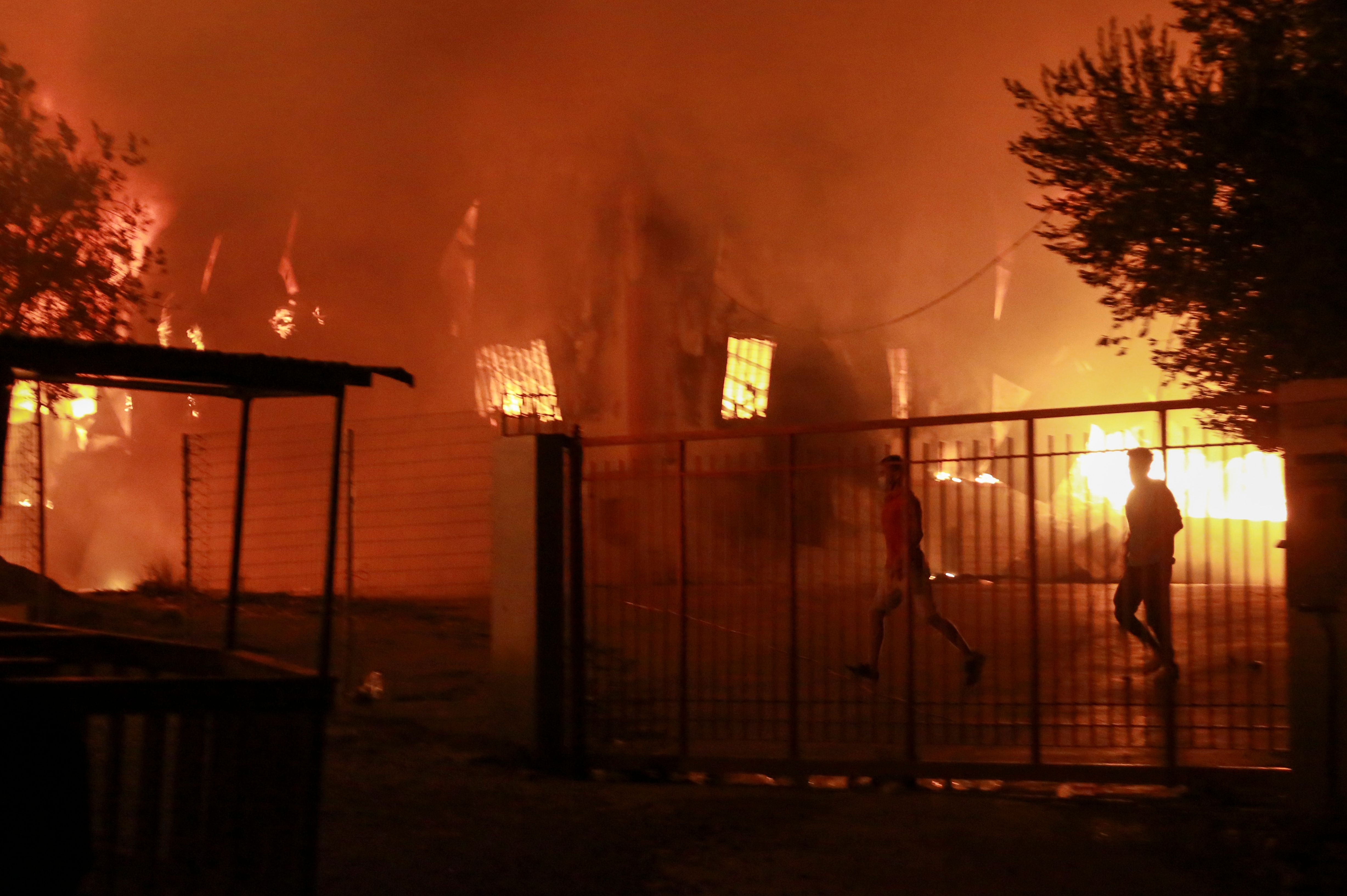 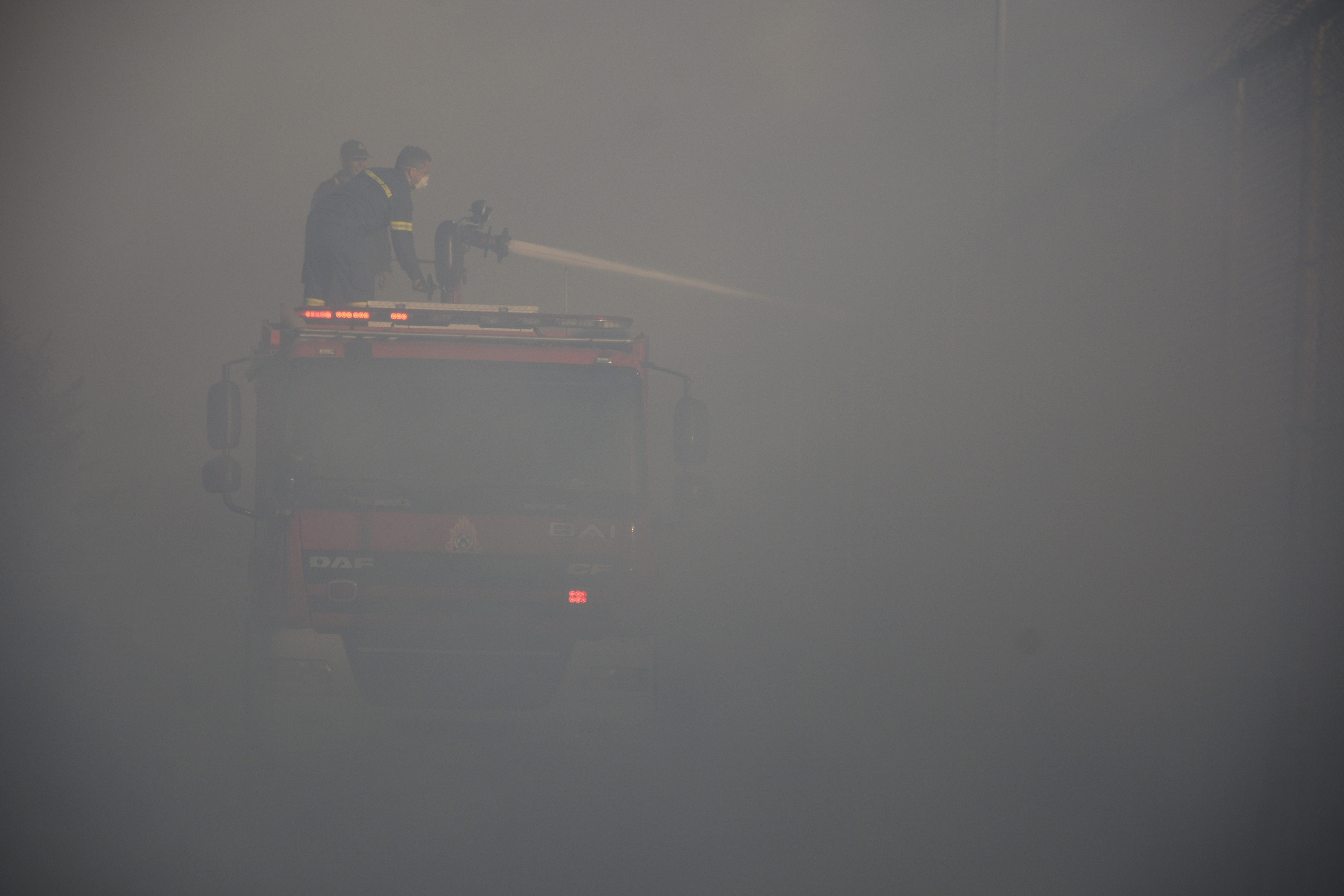 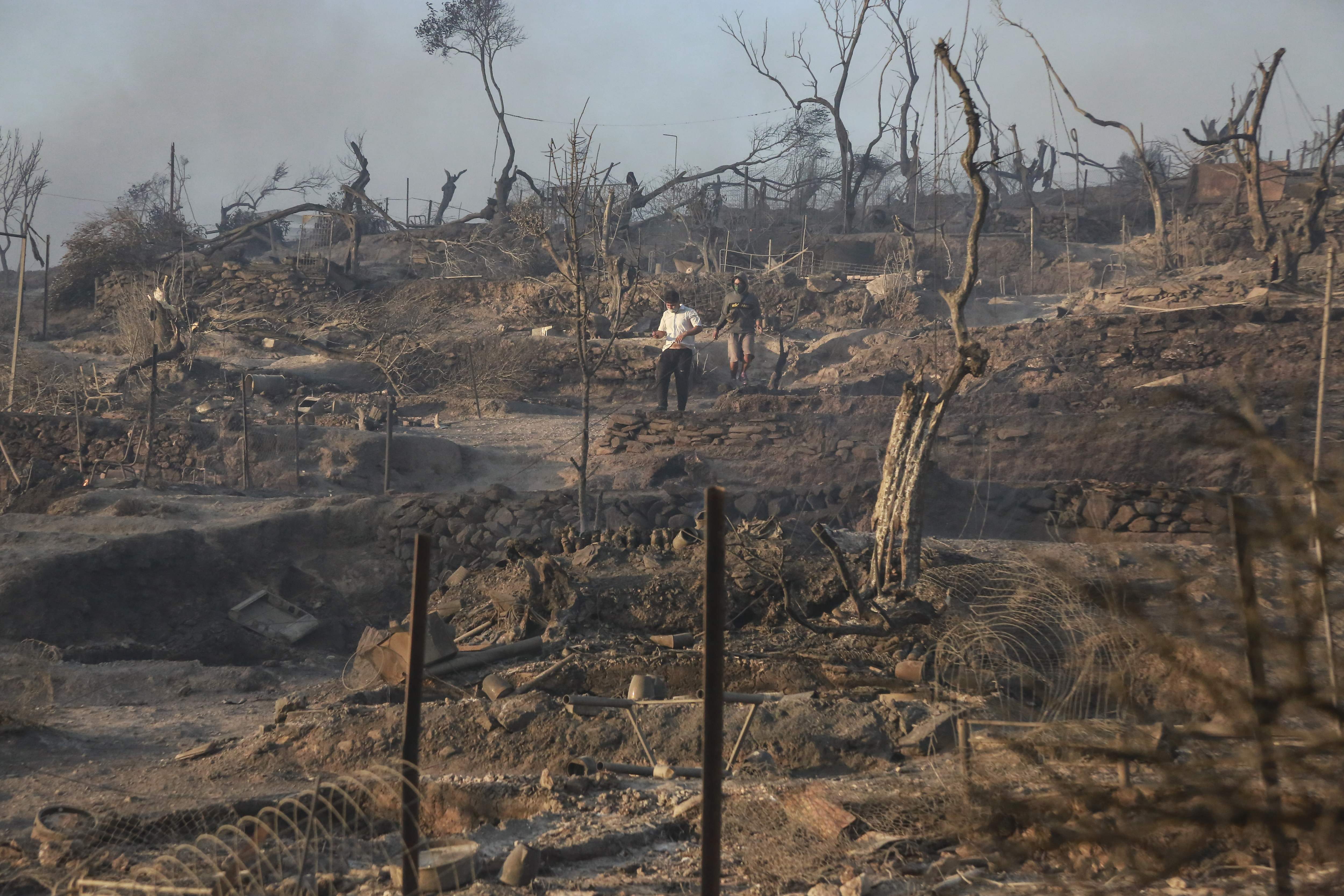