German prison has to spend ‘£43,000’ changing 600 locks after intern sent a photo of the keys to his friends on WhatsApp

A German prison was forced to change 600 locks after an intern sparked security fears by sending pictures of the keys to his friends on WhatsApp.

The trainee at Heidering prison near Berlin took photos of the keys and shared them in a WhatsApp group to brag about his new job, German media says.

But he apparently failed to realise that keys can easily be reproduced by specialists, meaning replicas could have been smuggled inside.

It raised fears of a mass break-out at the prison with 647 inmates, forcing the keys to be changed at an estimated cost of £43,000. 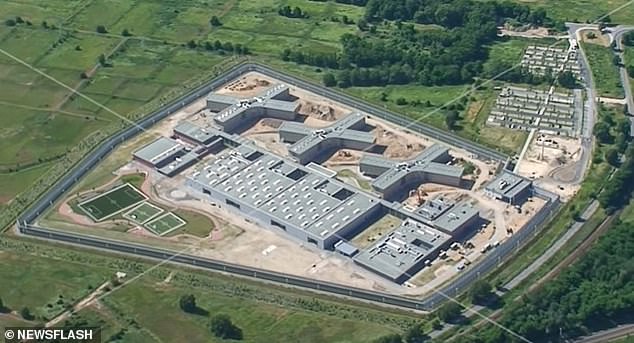 The intern is said to have shared pictures of cell and corridor keys before the leak was reported to judicial authorities on Thursday.

Around 20 prison workers were tasked with changing the locks the following day and had to work through the night to head off the security risk.

Officials said the old keys were quickly destroyed after they had been used one last time to open the doors so that the locks could be changed.

Sebastian Brux, a Berlin justice ministry spokesman, told Bild that ‘all cells and passage doors have therefore been changed’.

‘The trainee was immediately banned from entering the premises and his internship was terminated,’ Brux said.

He added that the bill for changing 600 doors and locks could be sent to the bungling trainee.