The longtime spokesman of Germany’s far right AfD party has been suspended amid reports he repeatedly described himself as a fascist and praised his ‘Aryan grandfather’.

The parliamentary group confirmed Christian Lueth, who has been with the party since 2013, had been suspended.

Die Zeit newspaper wrote that Christian Lueth was relieved of his duties at the request of senior party figure Alexander Gauland following an internal review. 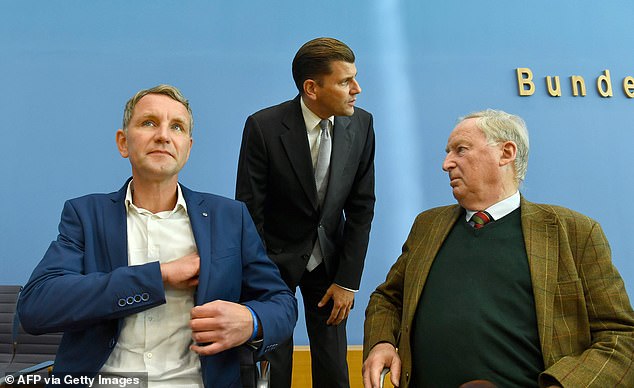 Lueth had allegedly ‘repeatedly described himself as a fascist and referred to his grandfather’s Aryan lineage’, the paper wrote in its online edition, citing party sources.

Lueth’s grandfather was a submarine commander during World War II and received an Iron Cross from Nazi leader Adolf Hitler, the newspaper said.

AfD co-leader Tino Chrupalla confirmed the suspension to Der Spiegel weekly, but declined to comment on the reason.

Spiegel said Lueth had not been officially sacked yet, ‘but it doesn’t look good’.

Lueth, 43, has been with the party since its early days as an anti-euro outfit in 2013 and had cultivated close ties to top party figures like Gauland.

Lueth started out as an AfD spokesperson before becoming the main spokesman for its parliamentary group when the party entered the national Bundestag in 2017.

Spiegel said Lueth apparently made the controversial comments in an online chat with a woman who is not an AfD member.

A screenshot of the conversation had been circulating for some time, according to Spiegel.

The AfD did not immediately respond to a request for comment.

The AfD has frequently come under fire for expressing anti-foreigner sentiment and railing against Germany’s culture of remembrance for Nazi crimes. 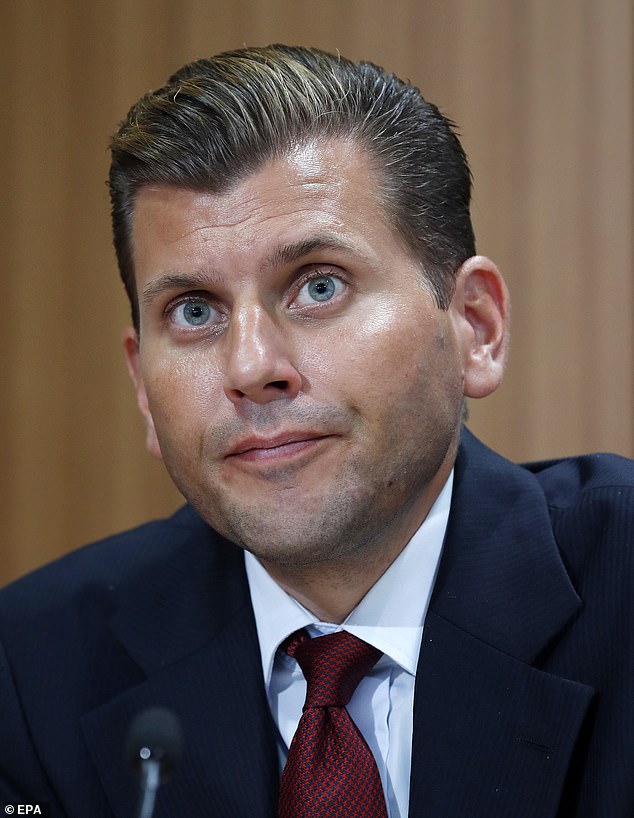 Christian Lueth has been with Alternative for Germany since 2013, but has now been suspended as the far-right party’s spokesman

The party’s parliamentary leader Gauland once dismissed the Nazi dictatorship as a ‘speck of bird s***’ in German history.

Following news of Lueth’s ousting, some commentators pointed out that a German court last year ruled that another senior party member, Bjoern Hoecke, could justifiably be called a fascist – yet remains the AfD’s leader in the eastern state of Thuringia.

‘Why would the media think (Lueth) was fired because of “allegations of fascism”?’ tweeted Ruprecht Polenz, a former secretary general of Chancellor Angela Merkel’s centre-right CDU party.

‘Wouldn’t the AfD then also have to kick out somebody else?’

The AfD’s popularity surged after it capitalised on widespread anger over an influx of asylum- seekers in 2015.

But support for the party has waned in recent months after it was blamed for fuelling a spate of far-right attacks.

The AfD has also been less visible lately, as the coronavirus pandemic puts the spotlight on Germany’s ruling parties.