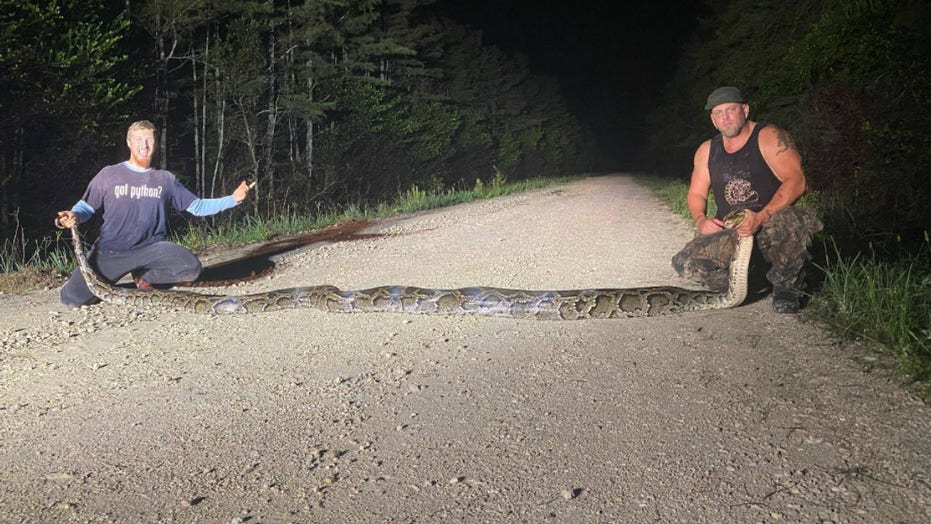 Two hunters in Florida have reportedly set a new record after catching a massive snake. Local officials called the catch “a triumph.”

According to a statement on the Florida Fish and Wildlife Facebook page, Ryan Ausburn and Kevin Pavlidis captured a Burmese python that weighed in at 104 pounds. The large reptile reportedly measures 18 feet and 9 inches long.

This snake is one inch longer than the previous record-holder in Florida, Science Times reports.

The two hunters were reportedly working with the Florida Fish and Wildlife Conservation Commission (FWC) as python removal agents.

On Facebook, the FWC wrote, “The removal of this female snake is a triumph for our native wildlife and habitats and a great example of the partnership between our two programs working toward our goal of removing nonnative pythons.”

In a statement to 6 South Florida, Ron Bergeron, South Florida Water Management District Governing Board member, said, “Today's record-breaking capture shows that our increased efforts are working to get harmful pythons out of the precious Everglades ecosystem. Together with our partners and the public's help, we can restore the Everglades and combat the harmful pythons that hurt Florida’s native wildlife.”

The snake was reportedly caught along the L-28 Tieback Canal, which is about 35 miles west of Miami. Burmese pythons are not natural to Florida, but have established themselves in the area over the 15 years. It is speculated that this is due to the animals once kept as pets either escaping or being released. They have no natural predators in Florida and have reportedly decimated indigenous plant and animal populations.