Shocker! Heartstopping moment a FIVE-YEAR-OLD boy climbs up a 25ft electricity pole and stands on top of it

A five-year-old boy sparked shouts of alarm when he was spotted standing on top of an electricity pylon – and then clambered down using the cables to help him.

Shocking footage shows the boy climbing down the 25ft metal structure on a windy day in the Korei area of Jaipur, India.

The video starts with a man, who appears to be doing the filming, asking the boy what he is doing up there and yelling at him to get down. 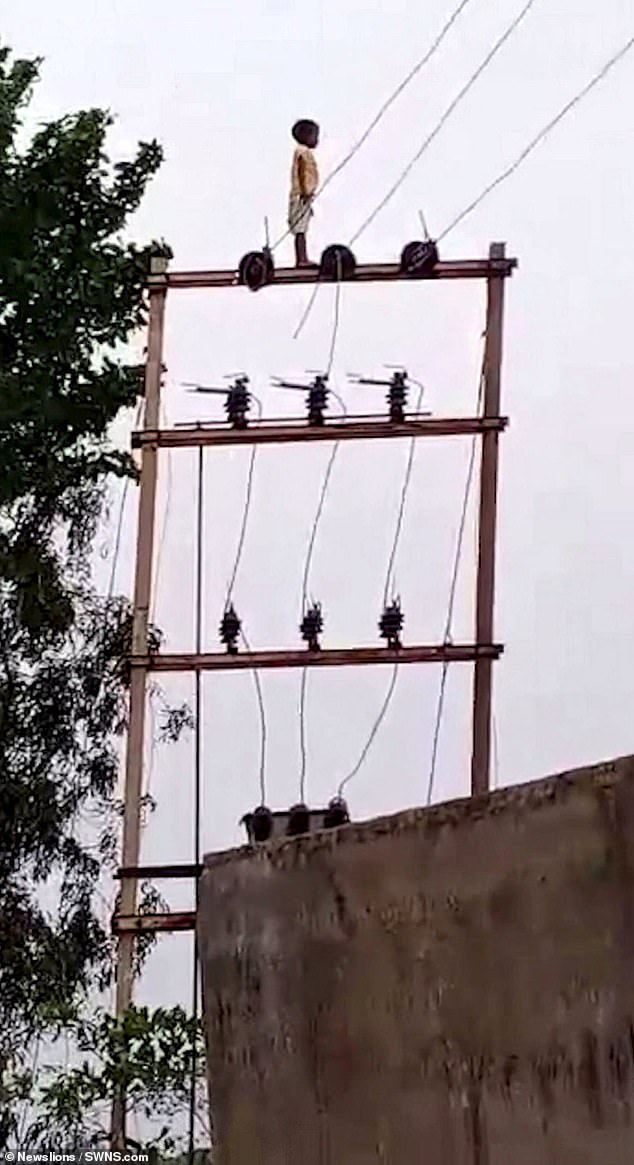 Terrifying footage shows a five-year-old boy climbing to the top of a 25ft electricity pole in Korei area of Jaipur, India

Slowly the boy starts to climb down the terrifyingly tall electricity pole.

He holds onto the electricity wires to lower himself onto each strut of the metal frame – but fortunately they are not live.

Once is down to the middle level of the pole he wraps his arms and legs around a long metal pole that reaches the ground.

He lowers himself in careful steps down to the electricity pole’s first level where he takes a short break before doing the same thing until he reaches the floor.

Once he is down he runs off and disappears behind a brick wall appearing to be unhurt. 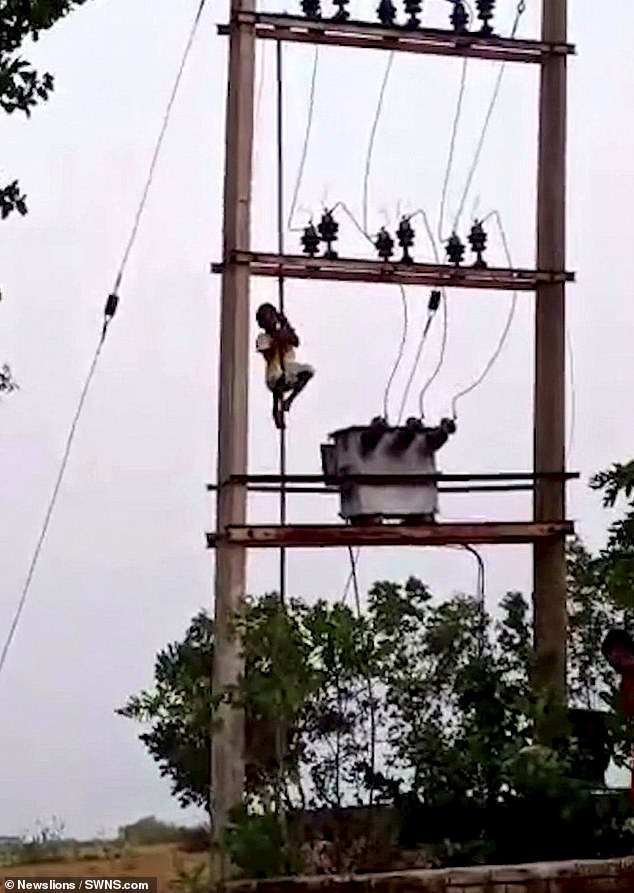 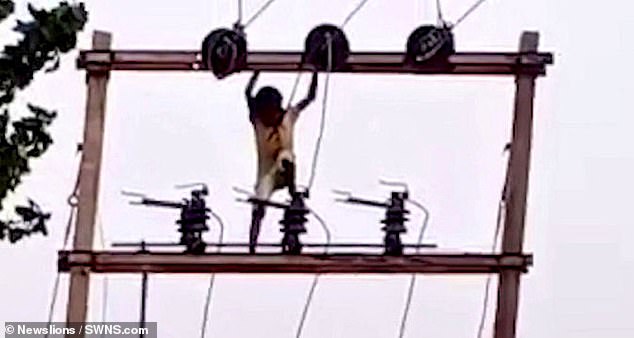