REVEALED: Finance boss of car dealership Inchcape who quit lucrative role over ‘lapse of judgement’ made ‘remark about women that ten years ago wouldn’t have been that unusual’

The finance boss of car dealership Inchcape has crashed out of his job after ill-judged remarks at a company event – but will be cushioned by a £610,000 payout.

Gijsbert de Zoeten, the chief financial officer, resigned after ‘a lapse in judgment’ in which he ‘displayed personal behaviour falling short of the high standards expected’, the company said.

A source said it was a remark about women at an event for its leadership group in Texas which ‘ten years ago wouldn’t have been considered that unusual’.

Inchcape said yesterday that De Zoeten ‘has voluntarily tendered his resignation and will be standing down from the board with immediate effect’ after just over three years at one of Britain’s biggest motor dealership chains, which celebrates its 175th anniversary this year. 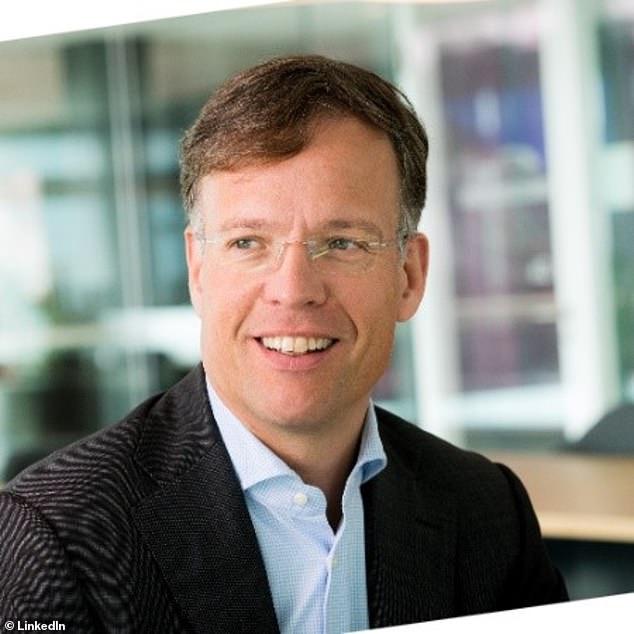 The FTSE 250 business did not go into detail about his departure, such as where the alleged misconduct occurred.

It is understood the alleged incident was verbal and happened at an event where alcohol was being served – though it is not known if Mr de Zoeten had consumed any alcohol at the event, according to the Telegraph.

Last week Inchcape posted an image on its LinkedIn page of its leadership team at a gathering in Austin, Texas, which included De Zoeten.

The caption on the post said: ‘This week our global leadership team came from all over the world to Austin, TX to share strategy and storytelling.

‘The conversations have been as dynamic and exciting as our brilliant industry, and our leaders are ready to bring their stories back to their markets and functions in the coming weeks.

‘Thank you to everyone who contributed with such enthusiasm, energy and open mindedness over the weekend as we write Inchcape’s next chapter to Accelerate Our Ambition!’ 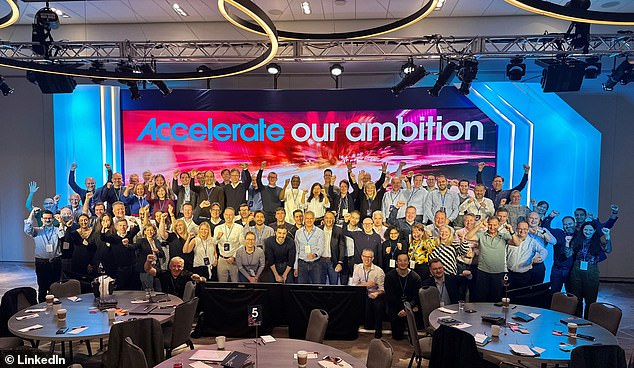 Inchcape posted an image on its LinkedIn page of its leadership team at a gathering in Austin, Texas

De Zoeten, a 56-year-old Dutchman, will receive £610,000 to cover his 12 months’ notice but no bonus or share award. He will not get any severance payment.

Inchcape said his resignation was ‘unrelated to the company’s financial performance or strategic direction’ including its agreement to buy Latin American car dealership Derco, valued at £1.3bn.

De Zoeten, who joined Inchcape in August 2019, previously worked in similar roles at Dutch car leasing firm Leaseplan. Before that he spent 27 years at Unilever.

Inchcape has appointed group financial controller Adrian Lewis to take over as acting chief financial officer and began the process of recruiting a successor.

Inchcape is due to publish the circular on the Derco acquisition, where it is predicted to uphold the set timetable for finalising the transaction and its full-year outlook.

Inchcape shares were 4 per cent lower at £8.44 during late Monday afternoon, although their value has risen by approximately 43 per cent in the past two years.

Like other British car dealerships, London-based Inchcape has benefited from a release of pent-up demand following the loosening of lockdown restrictions as customers with extra savings sought to upgrade their cars.

On top of this, semiconductor shortages and other supply chain crunches have led to a global decline in vehicle production, driving up the prices of both new and secondhand motors.

Its third-quarter results published last month showed total organic revenues growing by 16 per cent year-on-year, helped by stronger performances across all regions and record order books across some territories.

Inchcape, founded in Calcutta in 1847, sells vehicles across more than 40 markets, including the UK, where it operates about 100 sites, selling over 80,000 cars annually from brands like Porsche, Mercedes, Jaguar and Lexus.

Following the invasion of Ukraine in February, the firm sold its Russian business, which had generated £740million in revenue the previous year, around 10 per cent of its overall trade.

The company has said it anticipated incurring an estimated non-cash loss before tax of £240million from the transaction, with about £140million of this figure deriving from foreign exchange translation losses.

In spite of this, Inchcape raised its full-year earnings forecast, telling investors that adjusted pre-tax profits from continuing operations are set to be either towards the top end or ‘slightly above’ its £350million to £370million guidance range.