The EU chief vowed she will "never backtrack" from the Brexit deal struck last year and warned the PM reneging on it will damage future relations. 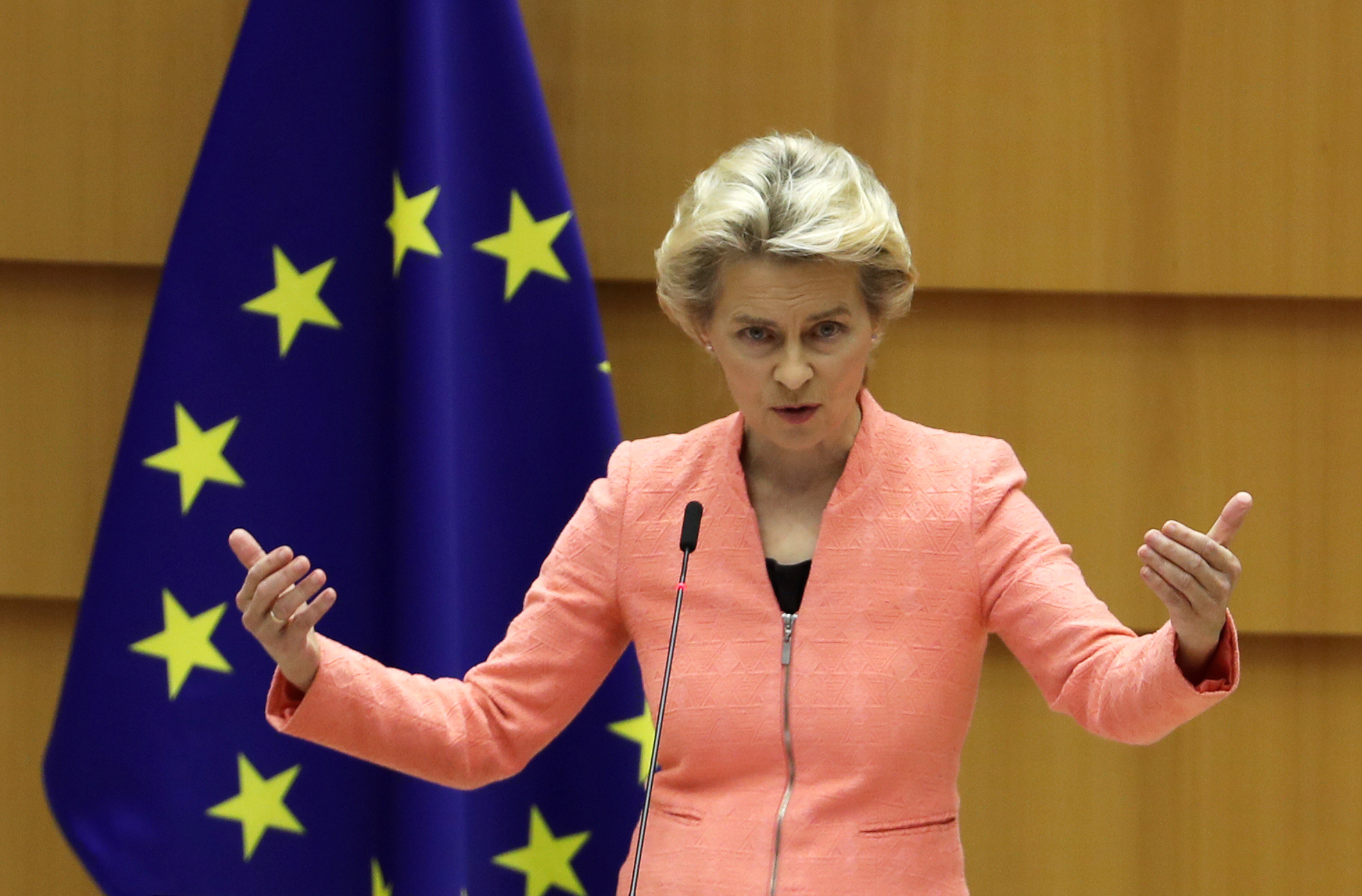 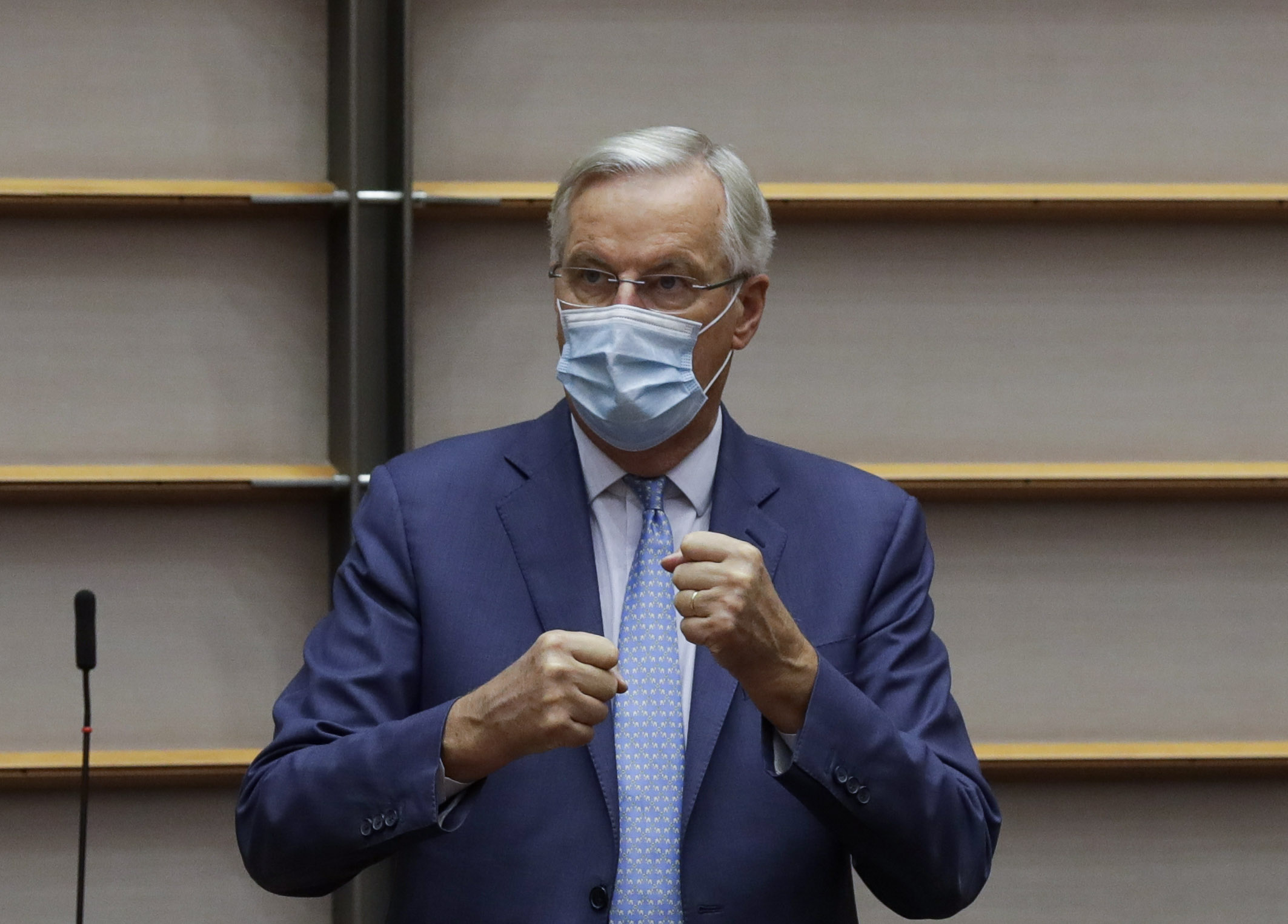 Her outburst came as Michel Barnier told EU diplomats he believes ministers are deliberately stoking tensions to distract from the test and trace fiasco.

UK negotiator David Frost will meet the Frenchman tomorrow in Brussels tomorrow with the trade talks hanging by a thread.

And after 10 days of furious public bust ups between the two sides Downing St has put out a temporary ceasefire order to try and calm the storm.

But in her first annual State of the Union speech Mrs von der Leyen slapped the PM down over his bid to overwrite parts of the Irish border fix.

Addressing the EU Parliament in Brussels, she said: "This agreement has been ratified by this House and by the House of Commons.

"It cannot be unilaterally changed, disregarded, or disapplied. This is a matter of law and trust and of good faith.

“Trust is the foundation of any strong partnership.”

And in a swipe at the Tory leader she also quoted ex PM Margaret Thatcher in defence of the EU's position.

She said: "That is not just me saying it. I remind you of the words of Margaret Thatcher.

"I quote: 'Britain does not break treaties – it would be bad for Britain, bad for relations with the rest of the world, and bad for any future treaty on trade'."

The EU chief added: "This was true then and this is true today."

Mrs Thatcher made the remarks at the launch of the Tory campaign to keep Britain in what was then the Common Market in 1975.

The Brussels boss admitted talks on a trade deal with the UK "have not progressed as we would have wished".

She said: "That leaves us very little time. Every day that passes the chances for a timely agreement do start to fade."

It comes as Northern Ireland Secretary Brandon Lewis stressed the controversial new law, which overrides part of the original Brexit deal, was to create a "safety net" to ensure ease of trading between Northern Ireland and the rest of Britain in case of a no-deal.

He previously admitted the bill does break international law and said today he was trying to give MPs a "straight answer" when making the sensational revelation. 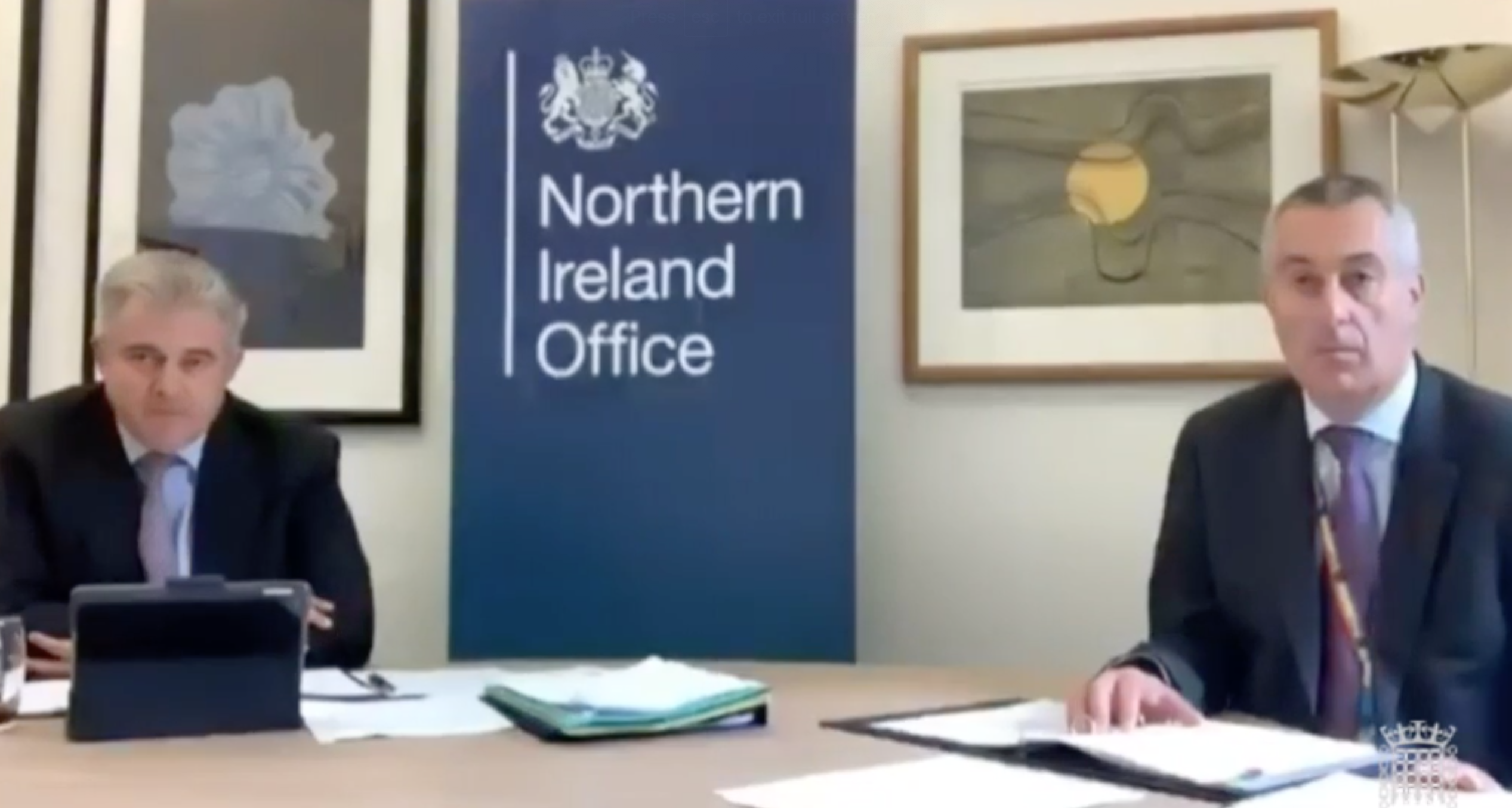 Mr Lewis told the Northern Ireland Select Committee today: "We had to put this safety net in place, and be in place in time for January, when we will finish the transition phase, so businesses can have that confidence and certainty.

"The bill does outline the safety net that we want to put in place, should it be needed.

He said it had become clear there was a "possibility" that the EU would not be willing to hash out an agreement that allows Northern Ireland to trade freely and easily.

He said: "I'm optimistic that through the free trade negotiations and the joint committee work, that we will be able to get a positive resolution so that we don't need to look at getting to that point in the first place."

Separately it emerged today the UK has tabled concessions on fishing in a bid to break the deadlock.

No 10 is ready to allow a "phase out" approach that would see EU quota shares gradually reduced from the start of next year.

The sides have made some technical advances in recent talks but are still stuck on the major stumbling blocks, including fishing.

Governance has also emerged as a make or break issue, with the UK last week "flat out rejecting" the EU's proposals.

Brussels wants a binding dispute mechanism to cover the entire agreement, but No 10 says it should only apply to trade in goods and services.

An EU source said: "Governance is the key to unlock the other files. Some technical detail might be moving, but on substance we're still where we were in mid-May."

A UK spokesman said: “We have consistently said that we will not accept any proposals which compromise UK sovereignty over our own fishing waters.

“There has not and will not be a departure from Britain’s position so far that will take back control of its territorial waters in the Channel next year.

“The UK’s draft UK-EU fisheries framework agreement draft text is based on the EU’s existing bilateral arrangement with Norway, the most relevant precedent for relationships between two independent coastal States, as outlined in our Approach.”

“I’m not going to get into briefing from EU sources around the negotiations.“

Related posts:
World News:
British woman is stabbed in the arm in street robbery in Portugal
Phones4U founder praises Boris for taking on 'Brussels bully boys'
BBC driving away young and ethnic minority viewers Tim Davie admits
Hot air from Holland will sweep across UK this weekend
Recent News:
This website uses cookies to improve your user experience and to provide you with advertisements that are relevant to your interests. By continuing to browse the site you are agreeing to our use of cookies.Ok