THE FIRST second gentleman is proud of his wife, vice-president-elect Kamala Harris.

In a tweet Saturday celebrating his wife's and her running mate's Joe Biden win in the presidential election, Doug Emhoff posted a photo of him hugging Harris and writing "so proud of you." 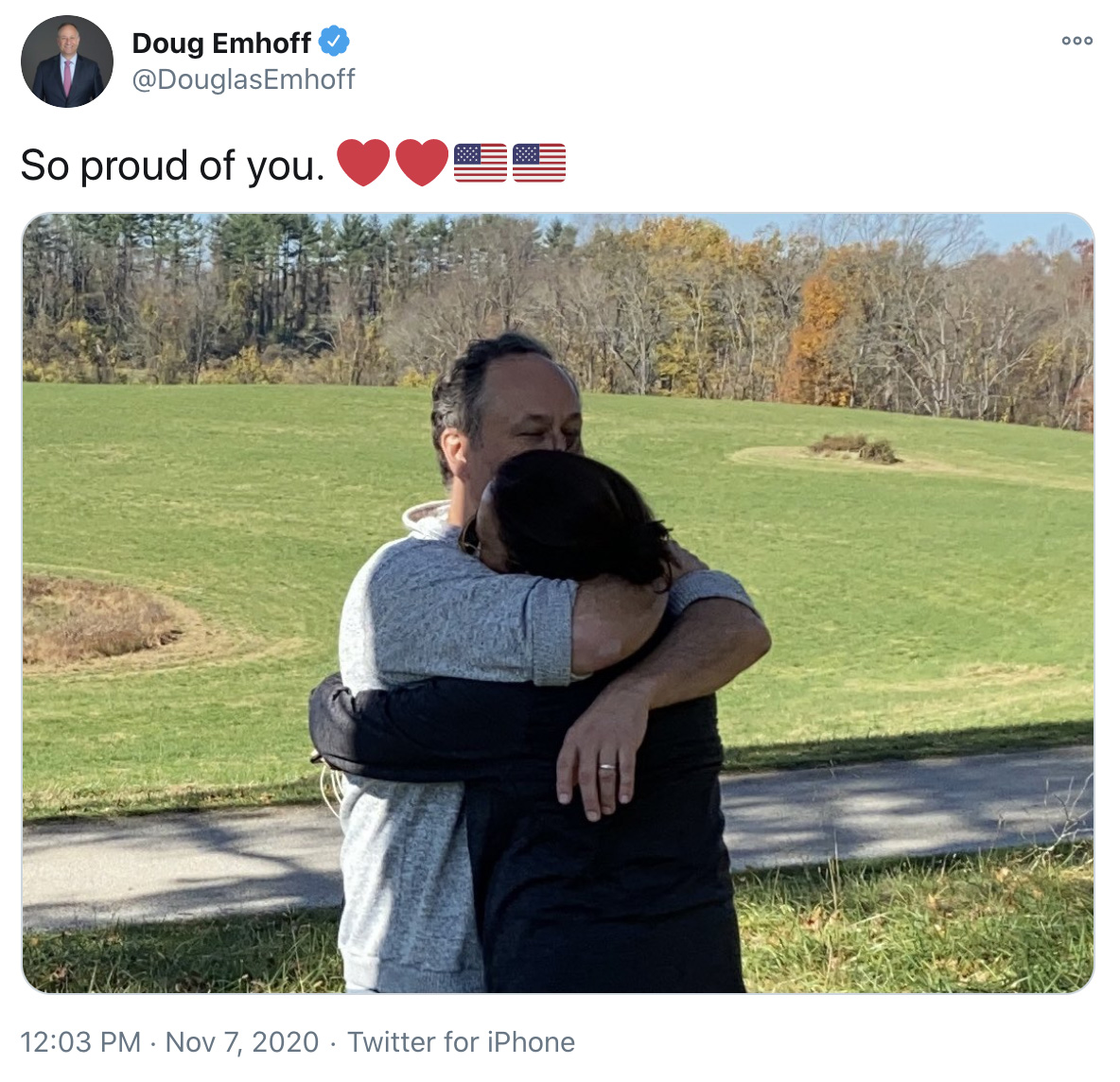 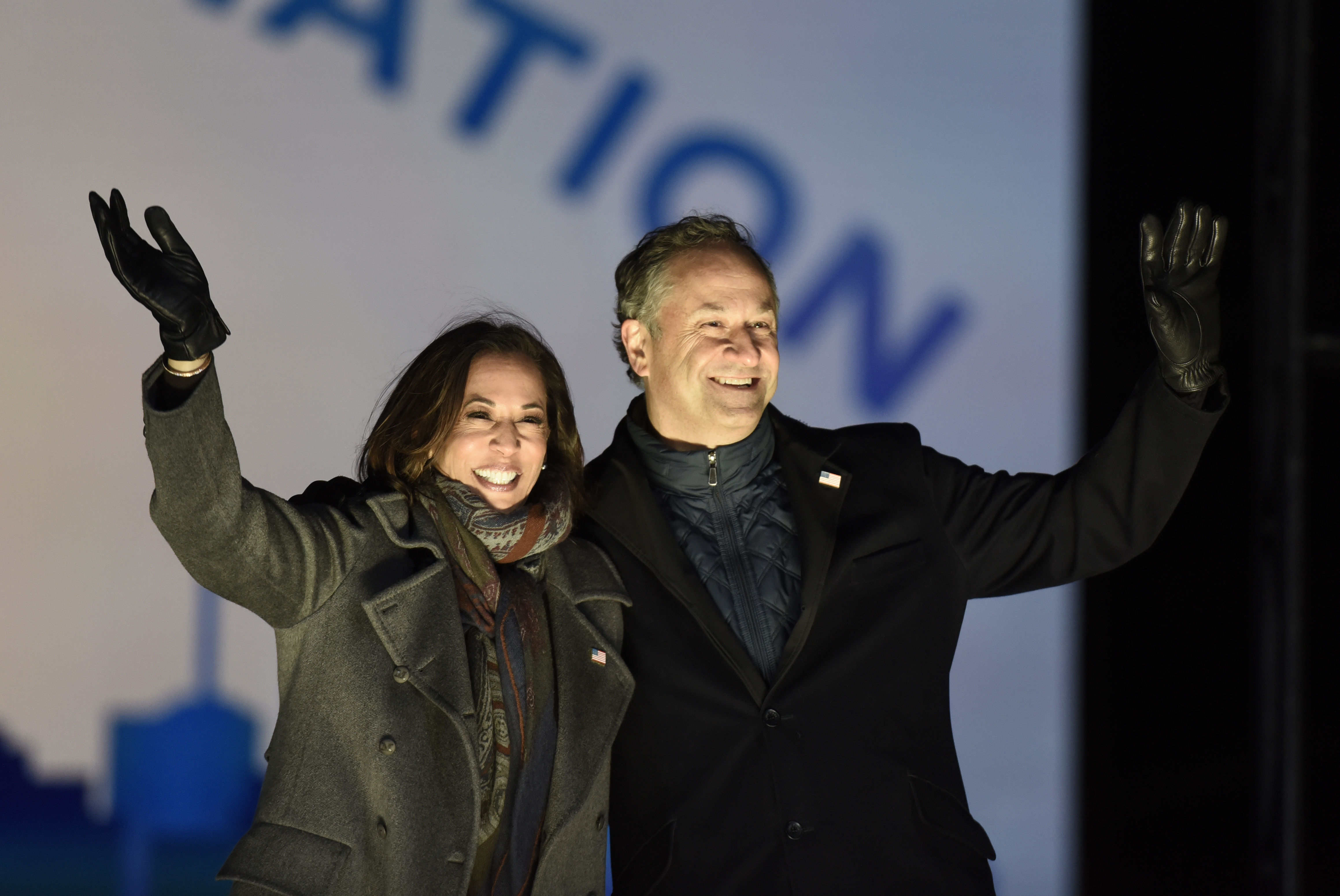 He accompanied the tweet with two heart and two American flag emojis.

On Saturday as news of Pennsylvania's 20 electoral votes going to Biden and Harris made the rounds on social media, millions of Harris and Biden supporters took to the streets to celebrate the win.

People were chanting and singing while passing cars honked their horns and others sounded cowbells and noisemakers in cities across the country, including New York, Washington D.C., and Philadelphia. 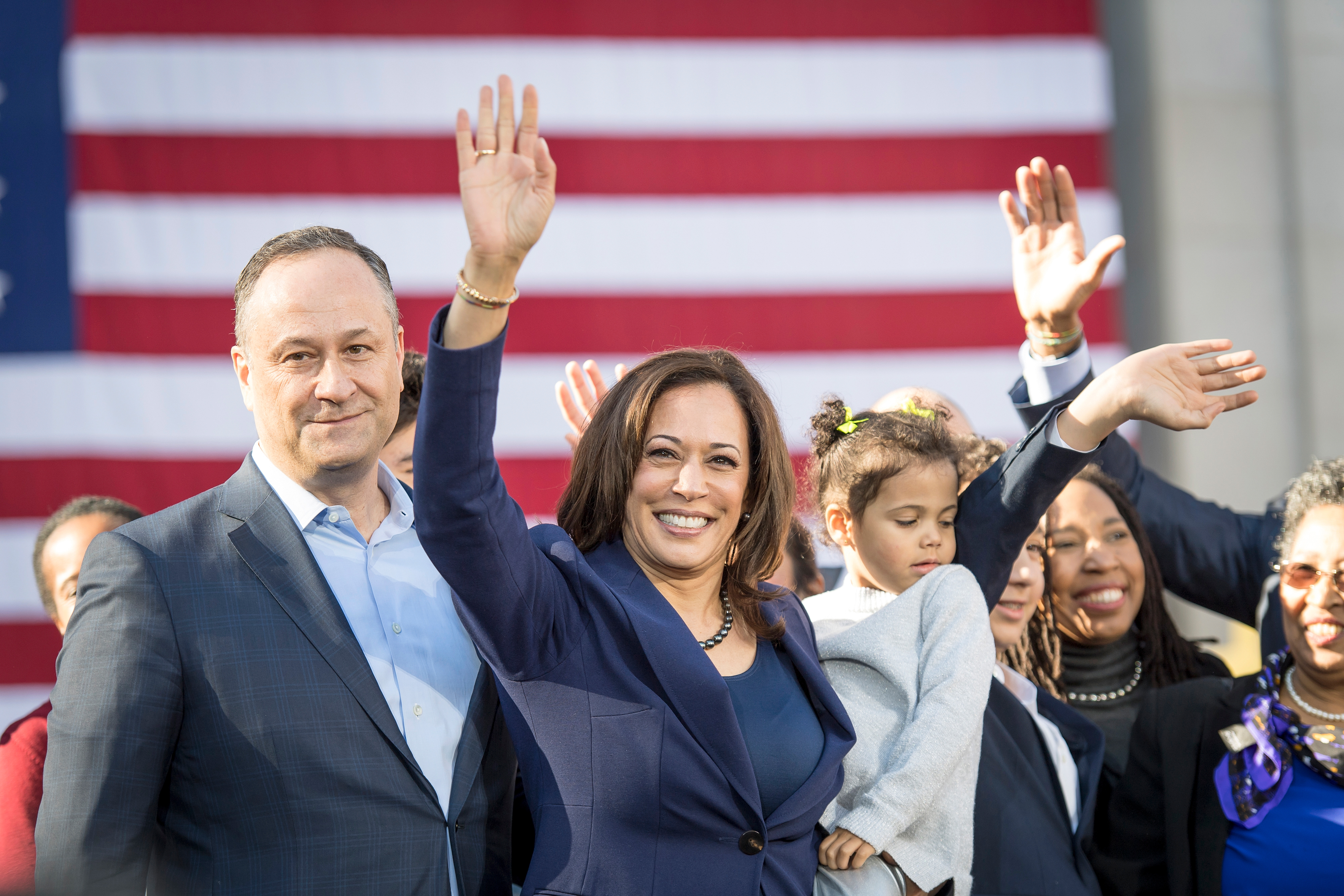 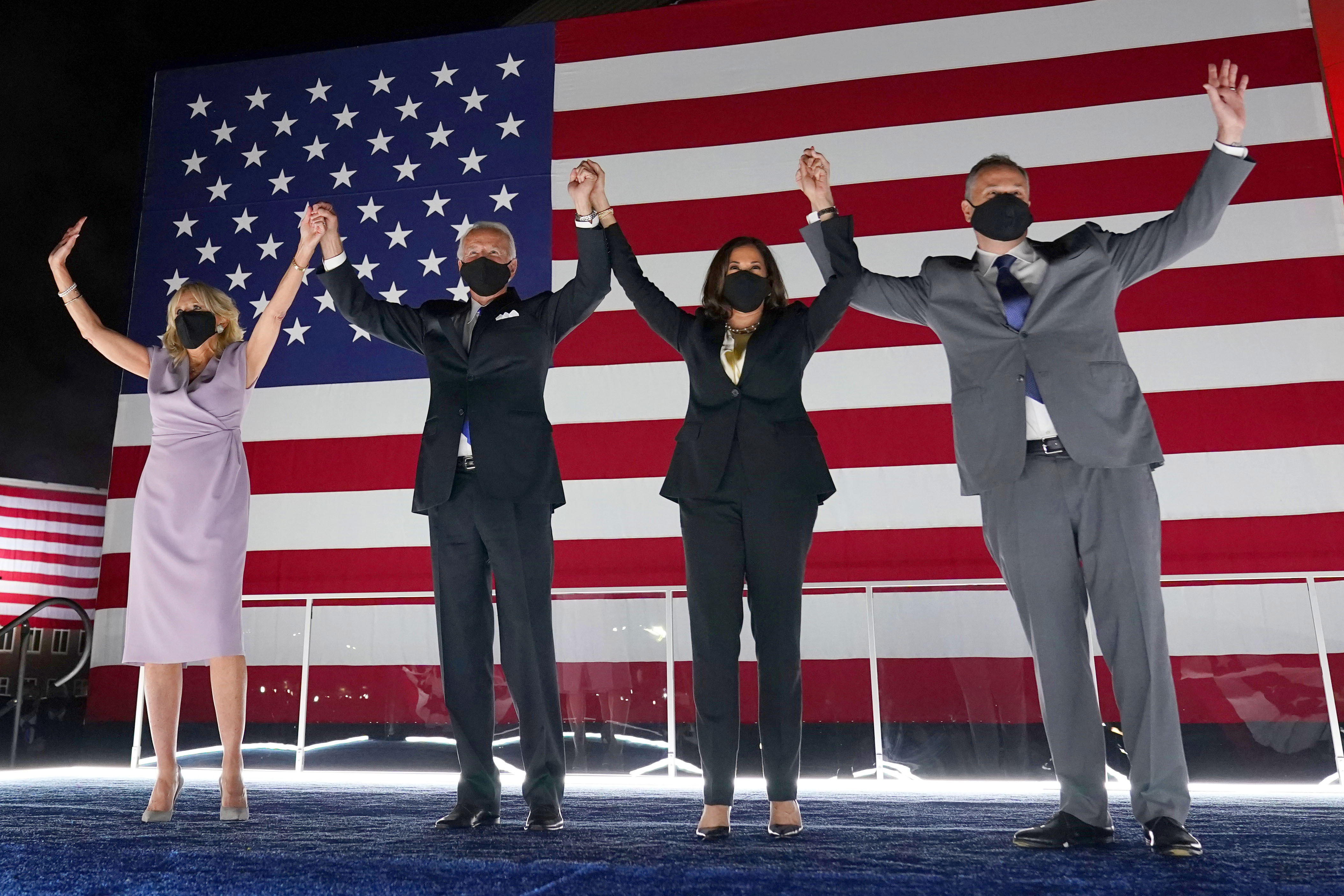 In a Saturday phone call filmed and posted to Twitter, Harris called the president-elect and said "We did it Joe."

"You're going to be president of the United States" she said before laughing out of sheer delight.

By Saturday afternoon, she and Biden had changed their Twitter bios to include vice-president and president-elect respectively.