Dominic Cummings urged Boris Johnson to scrap the Sage committee amid concerns about an alleged culture of lobbying and leaking by pro-lockdown advisers.

The Prime Minister was encouraged to act against the Scientific Advisory Group for Emergencies over worries some of the experts were using their positions to push publicly for tougher restrictions.

Some figures in Whitehall also believe members of the group have been responsible for leaking proposals to the media in order to pressure ministers to back stricter measures.

A source told the Mail that matters came to a head last year when Mr Cummings suggested getting rid of the body altogether.

The Prime Minister’s former chief adviser is said to have become frustrated that members of the committee were able to talk publicly ‘in a personal capacity’ about sensitive issues on which they were also privately advising the Government. 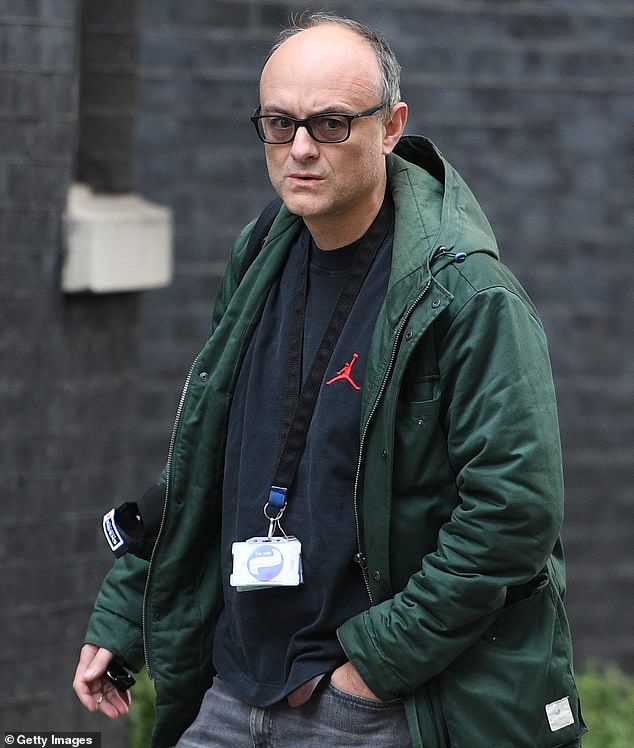 Dominic Cummings (pictured), the Prime Minister’s former chief adviser is said to have become frustrated that members of the committee were able to talk publicly ‘in a personal capacity’ about sensitive issues on which they were also privately advising the Government [File photo]

‘Dom got to the point where he’d had enough of Sage,’ the source said. ‘Every time we had an important decision coming up, there would be members popping up in the media pushing their own agendas. He wanted to scrap the whole thing.’

The advice was rejected by the Prime Minister, who is again relying heavily on guidance from Sage experts as he draws up his ‘road map’ out of lockdown. But the activities of some high-profile members of the committee have continued to irritate some Tory MPs.

Sage meetings have a shifting membership drawn from a panel of about 90 scientists and medical experts.

Dozens more sit on sub-groups, including controversial epidemiologist Professor Neil Ferguson, who was kept on as an adviser despite being forced to apologise for breaking lockdown rules.

Sources say that differences of opinion within the group are often sharp. In the last fortnight, multiple Sage advisers have urged the PM to take an ultra-cautious approach during media interviews in which they spoke ‘in a personal capacity’.

Last week, Sir Jeremy Farrar, who is director of the Wellcome Trust, warned that the number of Covid-19 infections in the UK needed to be below 10,000 before restrictions are lifted. In a separate intervention, Prof Ferguson suggested it could take a year to get back to normal, and a third adviser Dr Mike Tildesley, questioned whether it was safe to relax exercise rules at the same time as reopening schools. 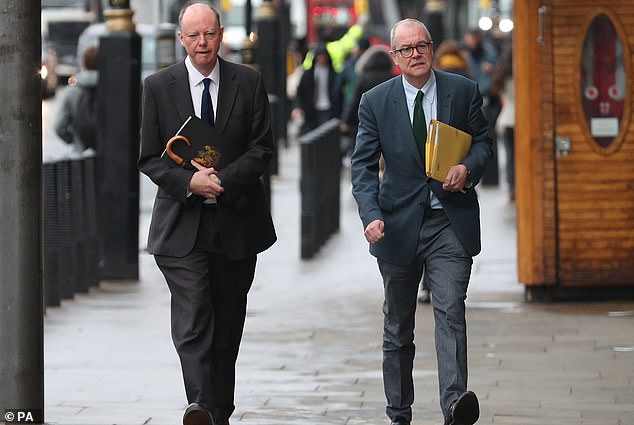 The advice to scrap Sage was rejected by Johnson, who is again relying heavily on guidance from the group’s experts as he draws up his ‘road map’ out of lockdown. Pictured: Chief Medical Officer Chris Whitty (left) and Chief scientific adviser Sir Patrick Vallance arrive at Portcullis House in Westminster to speak at the Commons Home Affairs Committee in December [File photo]

Former Tory leader Sir Iain Duncan Smith said: ‘The Government has been bullied by some of these publicity-seeking scientists who take no account of the impact their ideas are having on the economy and education and so much else. They need to be reined in.’

There was controversy last April after it emerged Mr Cummings had attended a number of the committee’s meetings, including ahead of the first lockdown. Critics questioned whether his presence could impact the group’s independence, but supporters said it was important for senior government aides to hear their discussions.

Mr Cummings left No10 in November following rows in Downing Street over who should be Mr Johnson’s chief-of-staff.

The senior aide, instrumental in the victory of the Vote Leave campaign in the EU referendum, had faced calls to resign earlier in the year over claims he breached lockdown rules.