A junior doctor who ‘fell asleep’ at the wheel after a 12-hour shift at a hospital and ploughed into a mother and her two children at a zebra crossing has been jailed for more than two years.

James Celaire, 25, struck a woman and her two sons, aged four and six, as they waited to cross Hudson Avenue, Great Horton, Bradford, on their way to school on December 9, 2020.

Celaire told police at the scene that he shouldn’t have driven home as his ‘eyes were going’ and should have stayed in staff accommodation at Bradford Royal Infirmary.

He also ploughed into another woman, Yasmin Kauser, who was waiting at the crossing and flung her into a tree, just minutes after she had dropped her daughter off at school.

One of the women, who can’t be named for legal reasons, had to have her leg amputated after the accident and all of the other three victims suffered serious fractures.

Celaire, who pleaded guilty to four offences of causing serious injury by dangerous driving, was yesterday jailed for two years and four months. 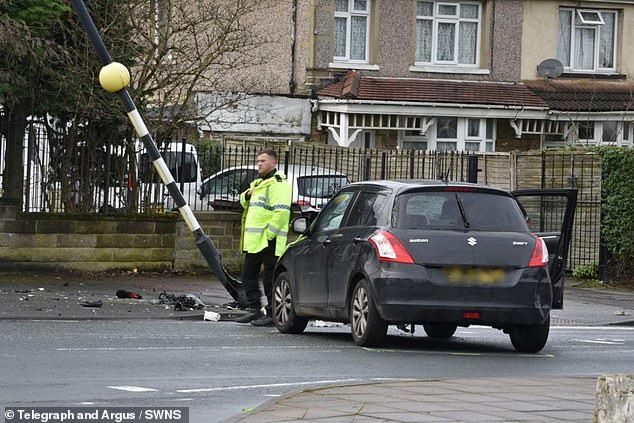 James Celaire, 25, struck a woman and her two sons, aged four and six, as they waited to cross Hudson Avenue (pictured), Great Horton, Bradford, on their way to school on December 9, 2020

Bradford Crown Court heard how Celaire was driving home from a 12-hour night shift when he left a line of cars and accelerated on the wrong side of the road.

Celaire’s barrister Sarah Barlow said it was ‘overwhelmingly likely’ that he had briefly fallen asleep after finishing his shift.

Prosecutor Chloe Fairley said that one of the mothers thought the Suzuki driver was ‘an impatient bad boy racer’ and cried out for the children after she had been hit.

One of the women sustained life-changing injuries, including multiple facial fractures and a limb-threatening injury to her left leg.

It was broken at the knee and ankle and despite multiple procedures she had it amputated on January 5, 2021.

In her victim statement she said that her ‘life changed forever that day.’

She said: ‘This accident has turned my life upside down. I don’t want my children to think they will have to look after me when they get older.

‘My heart is broken. I’ve not only lost my leg but my dreams, hopes and desires.’ 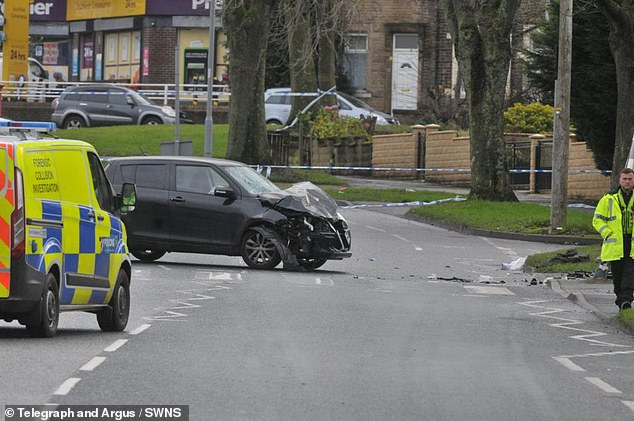 The woman also described how she has sought psychiatric help, rarely leaves the house and was unsure if she would ever be able to work again.

Her six-year-old son suffered from a skull fracture and a fractured left leg that was in a frame for three months.

Her four-year-old suffered from a fractured left tibia and both of the youngsters may need further operations in the future.

The second woman sustained a fractured leg and shoulder injuries, and she also had a frame attached to her leg for a lengthy period of time.

The court heard from the woman’s son, who said how her physical and mental health has been severely affected.

He also said that she constantly questions why it had happened to her and she wonders if she will ever feel comfortable crossing the road again.

Another one of her family members said that suddenly there was no laughter in the house anymore, just silence. 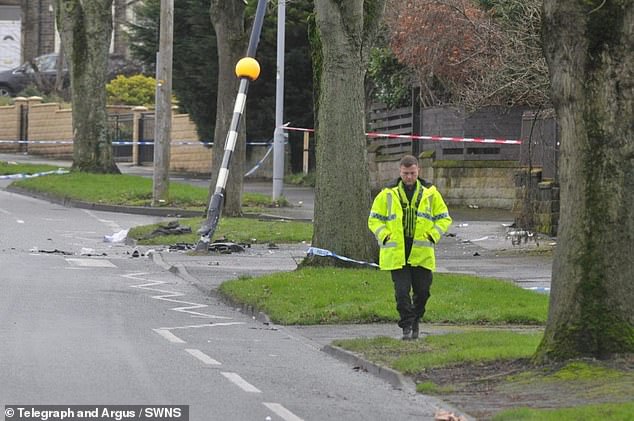 He also ploughed into another woman, Yasmin Kauser, who was waiting at the crossing and flung her into a tree, just minutes after she had dropped her daughter off at school

Miss Barlow conceded the devastating effect of the injuries and said Celaire, from Leeds, West Yorkshire, was ‘deeply and genuinely horrified’ by what had happened.

He told his probation officer that he was more tired than what he appreciated, and had not taken any time out during his foundation year of working as a junior doctor.

Celaire has no previous convictions and character references showed that he was a man of exemplary good character.

Miss Barlow also said how he had ‘always worked for caring people, mitigating harm rather causing it.’

He also returned to work knowing his career could be brought to an end by the accident.

Judge Jonathon Rose said that Celaire was a man of previously impeccable good character and genuinely remorseful, but jailed him for two years and four months.