A doctor who waged a prolonged stalking campaign on his former girlfriend has been jailed for 18 months.

He also followed her to her gym and telephoned a support group she was attending for help when he discovered she was there.

The 41-year-old carried out his campaign despite a previous court order banning him from contacting his former partner.

Foster-Smith was told by a judge that he had made his victim’s life a misery by what he had done. 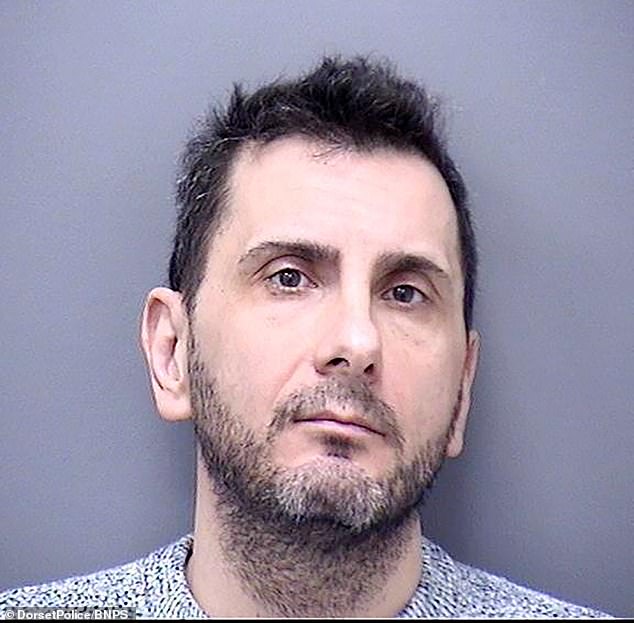 Dr Matthew Foster-Smith, 41, who waged an eight month stalking campaign on his former girlfriend has been jailed for 18 months after breaching a pre-existing non-molestation order

The court heard that throughout November 2019 he regularly turned up to the woman’s gym and ‘made sure to be seen’.

Then in February this year he noticed her car parked outside of the support group she was at.

He also created Instagram accounts where he posted explicit images of his victim.

Foster-Smith, from Poole, Dorset, entered into a new relationship that ended after a short time together.

He then contacted a friend and vowed to take revenge on both women.

He sent messages threatening to get an axe and ‘f**k the women up’, stating: ‘If I’m going to get banged up, let’s make it worth it.’

He was arrested on June 21 after his friend reported the messages to police.

Initially he denied all allegations before later pleading guilty to breaching a non-molestation order.

A statement from the first victim was read out at Bournemouth Crown Court by prosecutor Catherine Flint.

She said: ‘I am suspicious of new people. I have nightmares regularly and have trouble sleeping.

‘I have had to endure the humiliation of telling family members and friends at work.’ 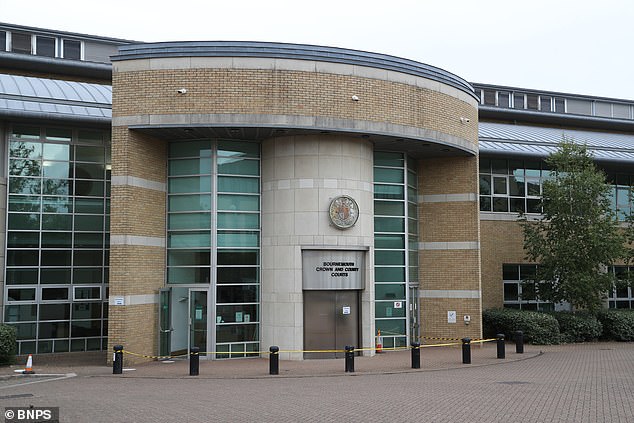 Ms Flint said it was a ‘persistent action over a long period’, adding: ‘Images were circulated on Instagram which, at the beginning of this year, had 23 million users in the UK.’

He said Foster-Smith had expressed his deep regret at the harm he caused, telling the court he was very insecure due to his life unravelling in his 30s when both his parents died.

In jailing him judge Brian Forster QC, said: ‘It is unbelievable you could treat someone who once cared for you in such a way.

‘Your purpose throughout was to make her life a misery and that is what you achieved.

‘The stalking was deliberate and thought out.

‘You achieved what you set out because she lost confidence and her life was undermined by your actions.

‘That was not sufficient, because you then disclosed private photos of her of a sexual nature. In doing so, you executed a plan.

‘You were involved in sending a communication to another, it was so bad that that person who received it reported the content.

‘Making the threat of getting an axe and even making the comment ‘if you were going to get banged up make the most of it’.

‘This was repeated and planned behaviour and has had a considerable impact on the victim.’

Foster-Smith was handed an 18-month prison sentence after admitting breaching a non-molestation order.

He was also given an indefinite restraining order was put in place in relation to both the victims.

There was also a forfeiture order made on the phones, SD cards and USB sticks with the explicit images.