A BABY girl died of meningitis just hours after doctors dismissed her symptoms as a tummy bug and told her mum to give her Calpol, an inquest has heard.

Little Lily Teale had been suffering from bouts of high fever, vomiting and diarrhoea. 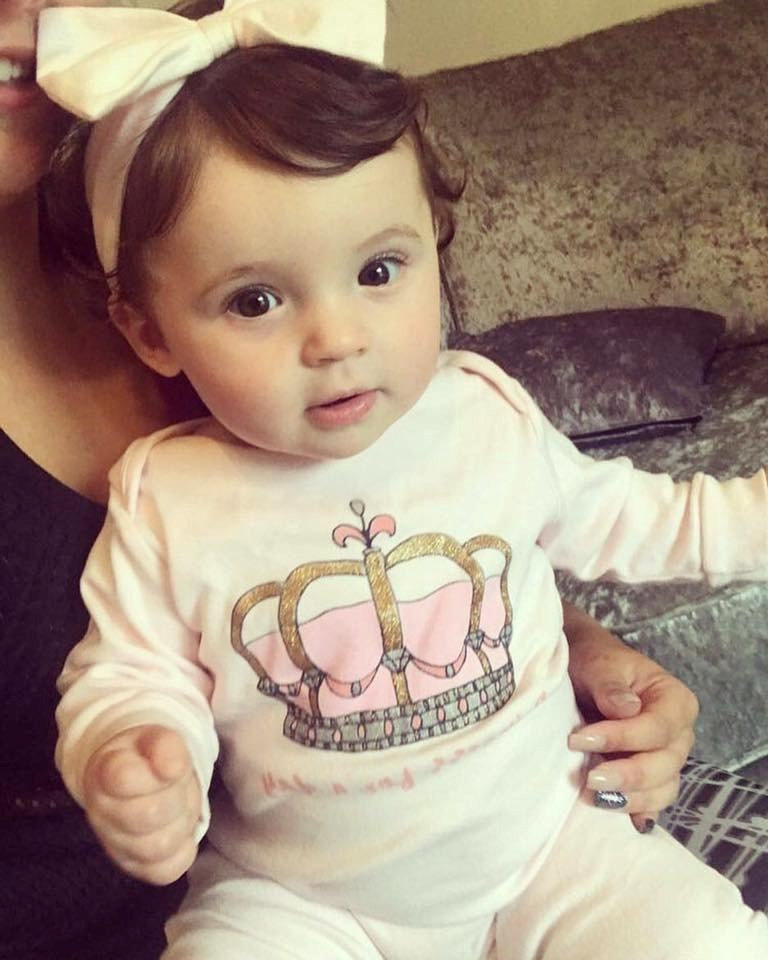 On November 22 2017, the ten-month old was taken to a doctor’s surgery in Doncaster, where the GP advised mum Rebakah Watson to treat Lily with Calpol.

Calpol is a paracetamol and ibuprofen-based medicine that is specifically designed for children and the GP said that Lily had a case of common stomach bug gastroenteritis.

But an inquest today heard that the GP did not check Lily for a rash under her nappy – one of the most common symptoms of meningitis.

Hours after attending the GP surgery Lily was rushed to hospital after her lips turned blue and she became unresponsive.

Lily died at Doncaster Royal Infirmary that night and post-mortem exams showed that she had meningococcal meningitis W – rather than a stomach bug.

Her death was recorded as septicaemia, caused by meningitis.

Mum Ms Watson has since called for the age at which the meningitis vaccine is given to be lowered to prevent similar deaths.

What are the different meningitis vaccines?

There are several vaccines given for different strains of the illness.

Meningitis B vaccine: Given to  babies aged 8 weeks, followed by a second dose at 16 weeks and a booster at 1 year. This vaccine protects against meningococcal group B bacteria.

6-in-1 vaccine: Given on three separate occasions, when babies are 8, 12 and 16 weeks old. This offers protection against diphtheria, tetanus, whooping cough, hepatitis B, polio and Haemophilus influenzae type b (Hib). Hib are a type of bacteria that can cause meningitis.

Hib/Men C vaccine: Offered to babies when they turn one, first-time university students are also offered vaccination against. This protects against a type of bacteria called meningococcal group C bacteria, which can cause meningitis.

MMR vaccine: Given to babies at 1 year of age. They'll then have a second dose when they're 3 years and 4 months old. this protects against measles, mumps and rubella. Meningitis can sometimes occur as a complication of these infections.

Meningitis ACWY vaccine: Given to young teenagers, sixth formers and "fresher" students going to university for the first time. Protects against 4 types of bacteria that can cause meningitis: meningococcal groups A, C, W and Y.

An inquest into her death, held at Doncaster Civic Chamber, today heard Lily had suffered from tonsillitis a month before her death but had generally been fit and well.

The day before her death on November 21, Ms Watson said her daughter had been “completely fine all day” but had woken up screaming.

She also registered a temperature 39.4C, a normal temperature for babies is around 36.4C and anything above 38C is considered a high temperature.

Speaking today Ms Watson said: "I first became aware something was wrong in the early hours of the morning, she woke me up screaming."

She said this was unusual for Lily and that her little girl had been “boiling hot”.

Ms Watson added: “She vomited in the spare bedroom after I got her out of the cot.

"I rang 111 and explained what happened and how high her temperature was. They advised she needed to be seen within 12 hours by a GP.

"Lily was shaking, her body was vibrating. I had not seen her like that before.

"It was like she was hot but freezing, like when you're cold and you're shaking, but she was red hot. I could see her shaking, her lip was trembling.

"I was trying to keep her awake and she was falling asleep."

Ms Watson said there had been no lumps, bumps or rashes on Lily and that the 111 service advised her to make an appointment with her GP the next day.

She had however been unable to get an appointment and had to go to a day centre in Doncaster where she was able to get Lily in to see a doctor, she told the coroner.

It was there that Lily was diagnosed with gastroenteritis and doctors advised Ms Watson to continue giving Lily Calpol.

Ms Watson added: "She was very, very clingy. She was attached to me. As soon as she woke up, she was screaming, I had to have her with me at all times. She was warm but her temperature had come down a bit.

"I was told by the GPs there were no appointments and I should ring the same day at the health centre.

"I got off the phone and got in the car and pretty much got there straight away.

"Lily started vomiting while we were in the waiting area. She was hot, but she was spaced out."

When she got in to see the doctor, Ms Watson said she explained about Lily's sickness and that she was worried as "she wasn't herself".

She told the inquest: "He took her temperature and listened to her chest. I told him she'd had tonsillitis and asked him to check her throat. I wasn't in very long.

"I was told she had gastroenteritis and told to give her Calpol but not Ibuprofen."

Ms Watson told coroner Louise Slater she was not given any more advice on what changes to Lily to look out for.

Meningitis can affect anyone, but is most common in babies, young children, teenagers and young adults

It is the inflammation of the membranes that surround and protect the brain and spinal cord and can be caused by meningococcal bacteria and viral meningitis.

If it is not treated quickly, meningitis can cause life-threatening septicaemia (blood poisoning) and result in permanent damage to the brain or nerves.

The symptoms of meningitis develop suddenly and include:

It was then Ms Watson noticed a rash on Lily's body under her nappy when she went to change her.

She added: "It was just under the top of her nappy. I could see it growing."

The inquest heard Dr Ben Saward, the GP who assessed Lily, had not recorded a respiratory rate test in his notes of the consultation.

He told the coroner he came to the conclusion that Lily had most likely had gastroenteritis as her temperature and heart rate was "in the normal zone".

He said: "My personal opinion was she had gastroenteritis and my advice was to drink fluids and monitor the number of wet nappies Lily produced to keep an eye on her hydration levels."

Sufiyan Rana, representing the family, asked Dr Saward if he had checked under Lily's nappy for a rash.

He said there was no reason to check for a rash as there were no obvious symptoms of septicaemia.

Ms Watson has launched a fundraising page in Lily's honour after her death.

You can click here to donate to their appeal.

The inquest is expected to last three days.