The controversial directive for New York nursing homes to admit COVID-19 patients increased the death toll among residents — and Gov. Andrew Cuomo’s claims otherwise have been disproven, according to a New York State Bar Association report exclusively obtained by The Post.

The 242-page report by the NYSBA’s Task Force on Nursing Homes and Long-Term Care also blasts Cuomo for not reversing the Department of Health’s “unreasonable” mandate sooner than he did, saying it remained in effect weeks longer than necessary.

“Although a determination of the number of additional nursing home deaths is beyond the capacity of the Task Force, there are credible reviews that suggest that the directive, for the approximately six weeks that it was in effect, did lead to some number of additional deaths,” the report says.

“The Department of Health issued a report in 2020 in which it argued unconvincingly that the admission of 6,326 COVID-positive residents during the period the Health directive was in effect had no impact. That cannot be the case, and has now been shown not to be the case.”

The report says it is based on available information “from the onset of the pandemic through the end of April 2021.”

Its findings rely in part on a study by the Empire Center for Public Policy, first reported by The Post, that tied “several hundred and possibly more than 1,000” deaths of nursing home residents to the DOH’s March 25, 2020, order.

The NYSBA report calls the “now infamous” directive “central to the public narrative of New York’s first surge experience,” noting that it “drew almost immediate criticism, caused the Governor to lash out at nursing homes, spurred a congressional inquiry, and, ultimately, an investigation of the Governor himself.”

The last point appears to refer to an ongoing probe by the FBI and the Brooklyn US Attorney’s Office, but Cuomo’s handling of nursing homes is also part of an impeachment investigation by the Assembly Judiciary Committee, which is also focusing on sexual harassment allegations and other matters involving the three-term Democrat. 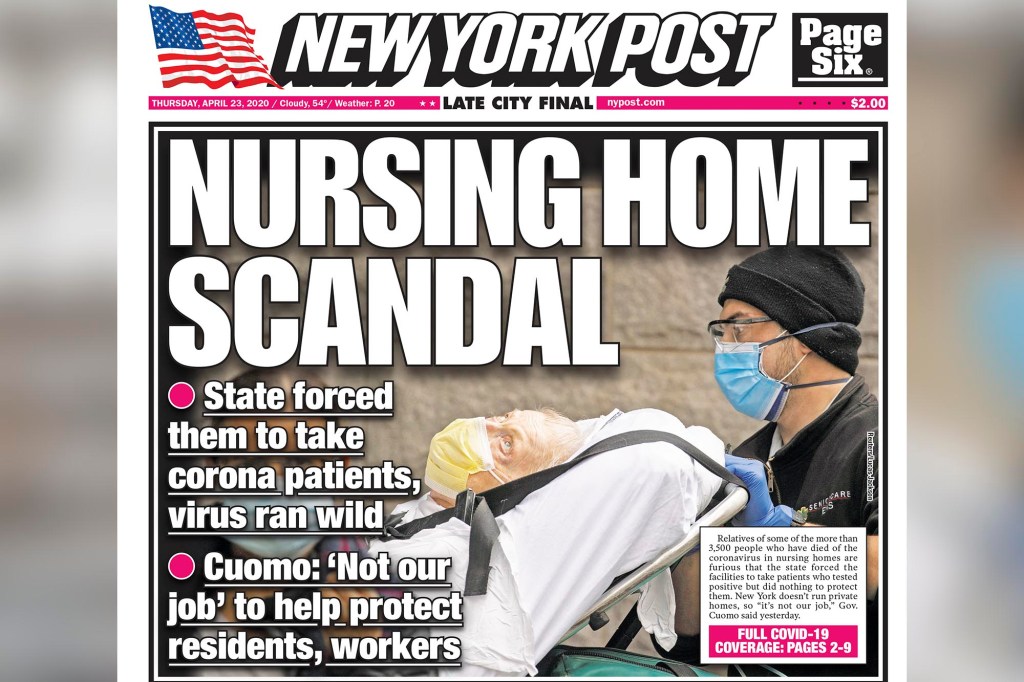 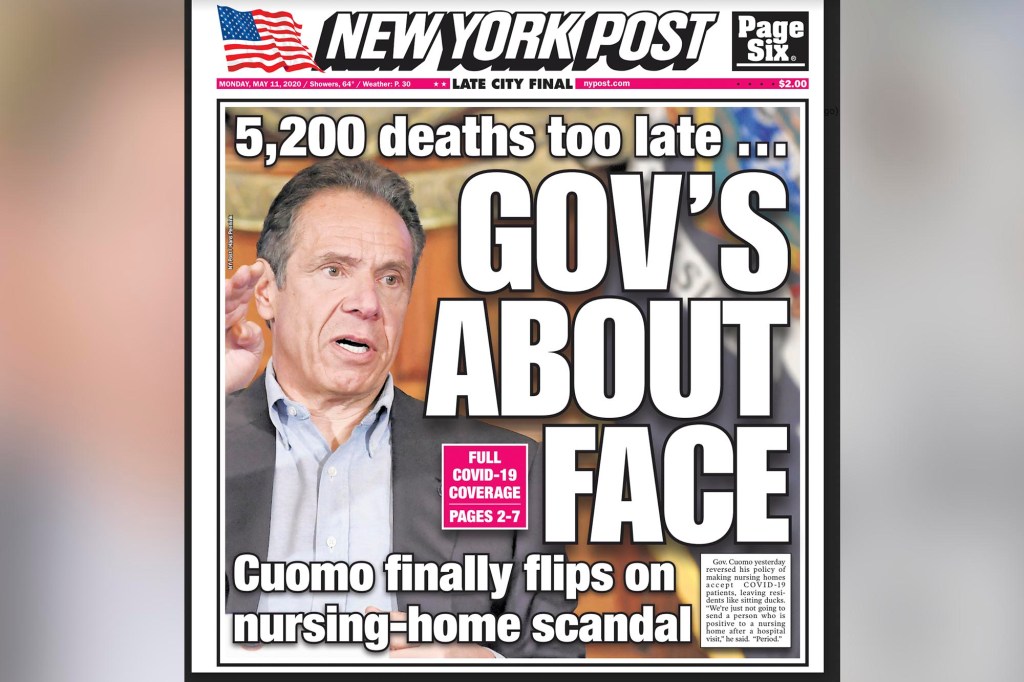 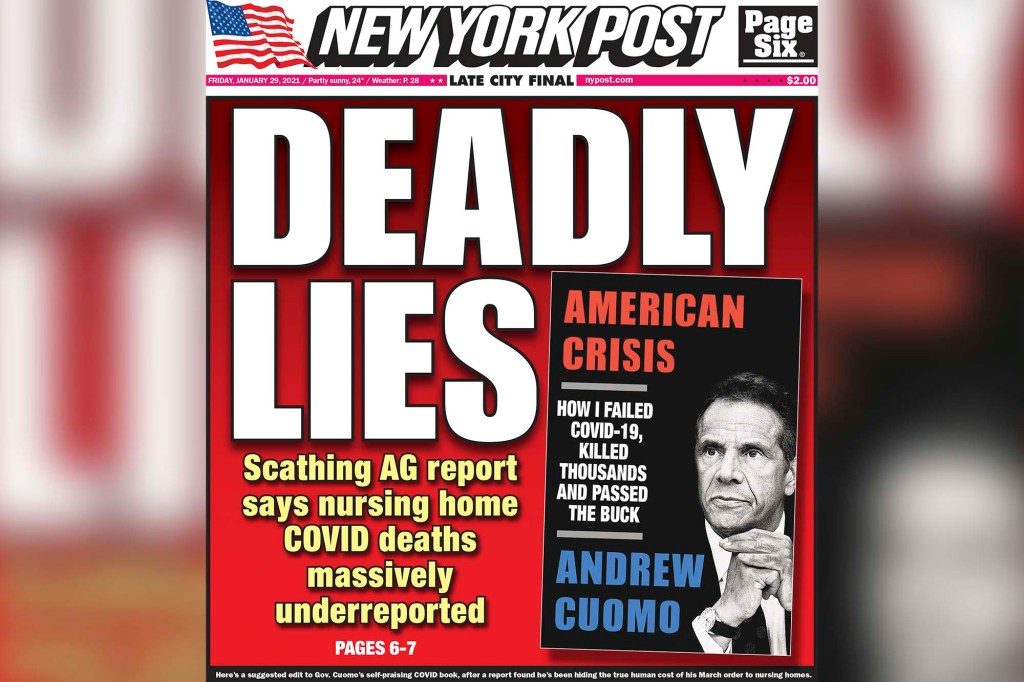 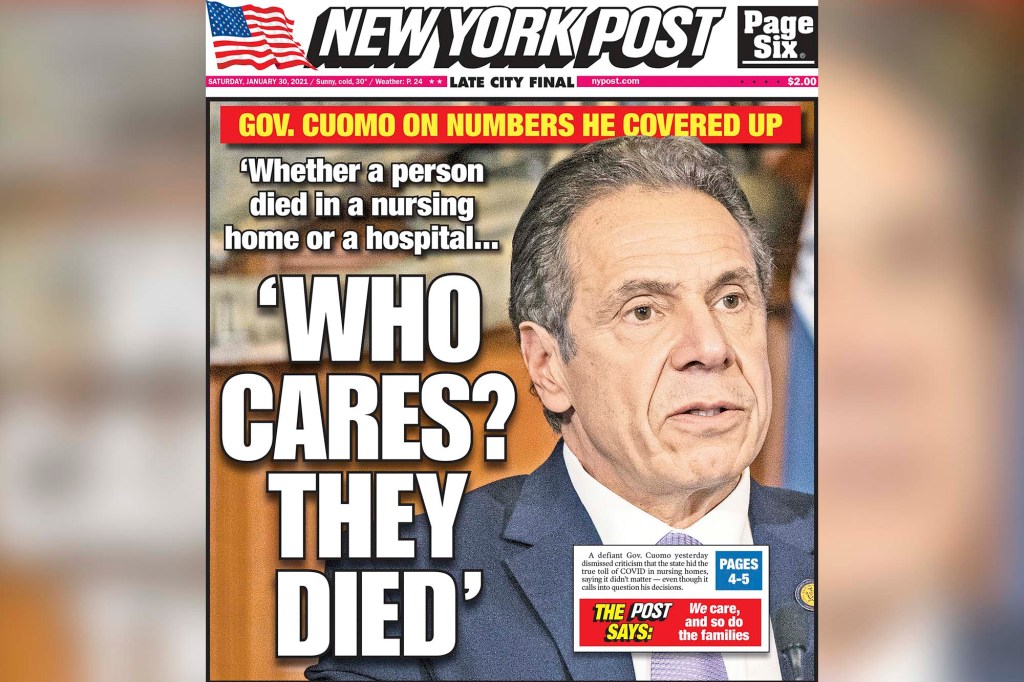 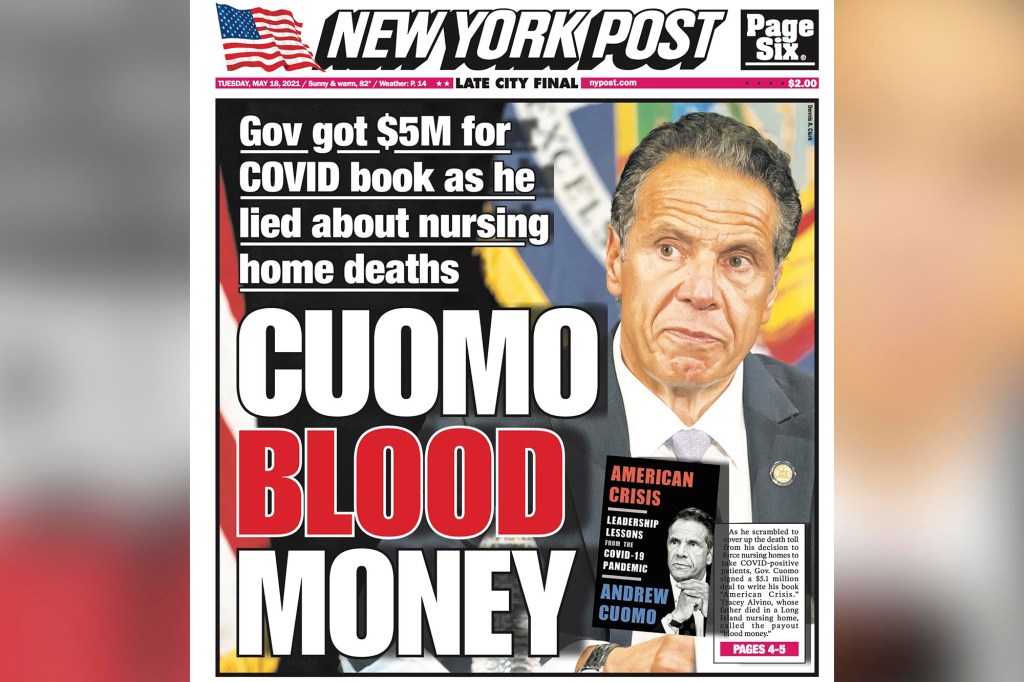