Boxes of aprons were handed to the staff at Oakwood, on the edge of Stockport, which is run by the Leonard Cheshire Foundation.

The Queen opened the 13-resident home, which looks after people after their release from hospital, in 1991.

Corinne Waters, service manager, said: ‘I think it’s really generous that people are taking the time and trouble to give to charity. 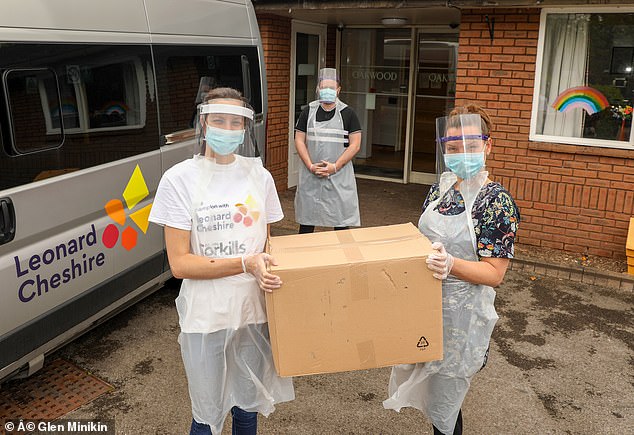 Boxes of aprons were delivered to staff at Oakwood, a care home outside of Stockport, which is run by the Leonard Cheshire Foundation

‘It’s just showing the whole country is coming together at what is an unprecedented time.’

It was one of a string of deliveries this week around the country, as the Mail Force charity goes from strength to strength.

Mail Force was set up to help solve the PPE crisis. It has found untapped sources of vitally needed protective equipment from around the world and bought it for the NHS and care homes in the UK.

At the heart of the campaign are the exceptional letters from Daily Mail readers which have flooded in accompanying generous donations.

Alan Smith, of Kirkby-in-Ashfield, Nottinghamshire, sent in £200, and wrote: ‘It is the very least I can do, after what the NHS has done for me, patched me up after numerous accidents down the mine.

‘I am not complaining. I’m compos mentis… Yes, I’m very vulnerable but it is what it is. I’m 76 years old and can do my bit in some way to help the NHS. Thanks for your campaign. Good luck!’

Hilary Whitmarsh, of Bournemouth, sent £100 of ‘money saved by not going out’. She added: ‘I hope this will help, just a little bit, in this fight… and that it will help our nurses, doctors. Thank you Daily Mail.’ 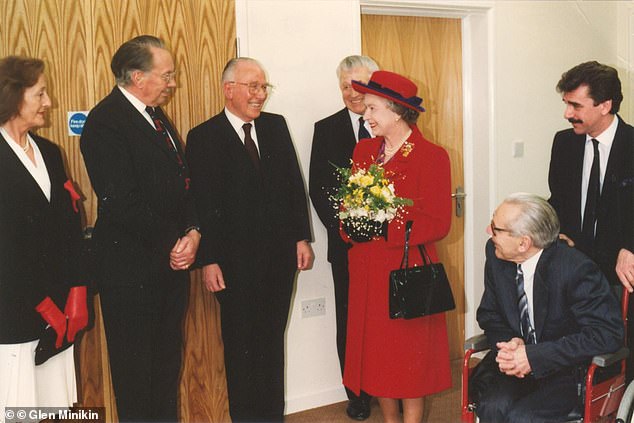 Every penny given to Mail Force helps buy the next load of crucial gear. So far, £8.5million has been raised.

This week, lorries bearing 100,000 gowns arrived from Turkey after the charity – set up by the Mail and its partners – sourced PPE from a factory near Istanbul.

After their quality checked by the Health and Safety Executive, the gowns were delivered to the NHS.

The charity also imported £1million of coveralls and masks from China, and 1.5million aprons from British firm The Issa Group, which had them made in a former cotton mill in Blackburn.

Mail Force is determined to help get the PPE to where it is most needed, and in few places is the generosity of the donors more appreciated than at St Leonard’s Hospice in York.

The doctors and nurses at St Leonard’s need full-body coveralls to deal with some Covid-19 patients. Only ‘a couple’ of staff have tested positive and the PPE has helped keep staff safe.

St Leonard’s has been able to source sufficient PPE supplies until now – but costs are likely to rise in future.