EARTH’S hottest ever temperature may have been recorded in California’s Death Valley as the mercury rose to 54.4C (130F).

The blistering heat in the Mojave Desert came as an intense heatwave scorched the West Coast, sparking a "firenado", wild lightning storms and power cuts. 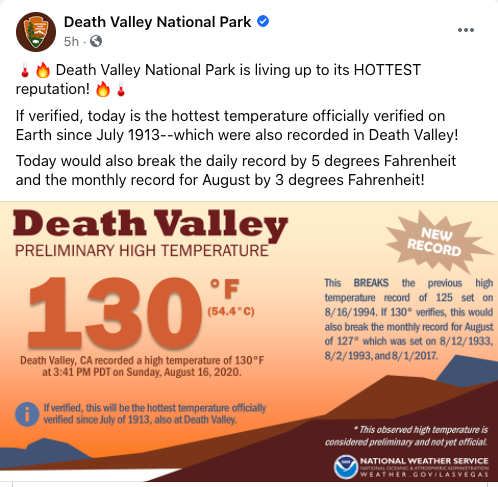 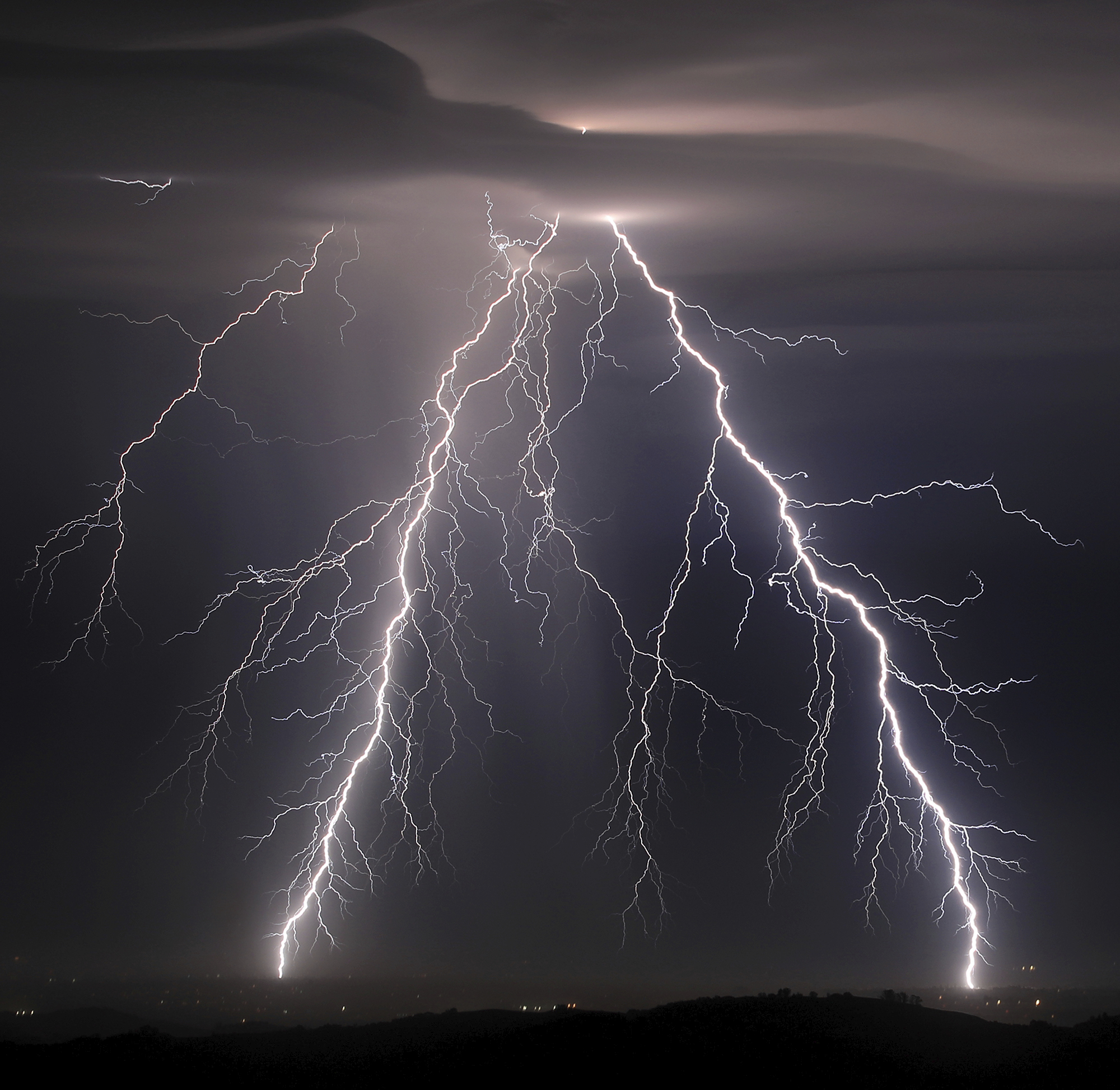 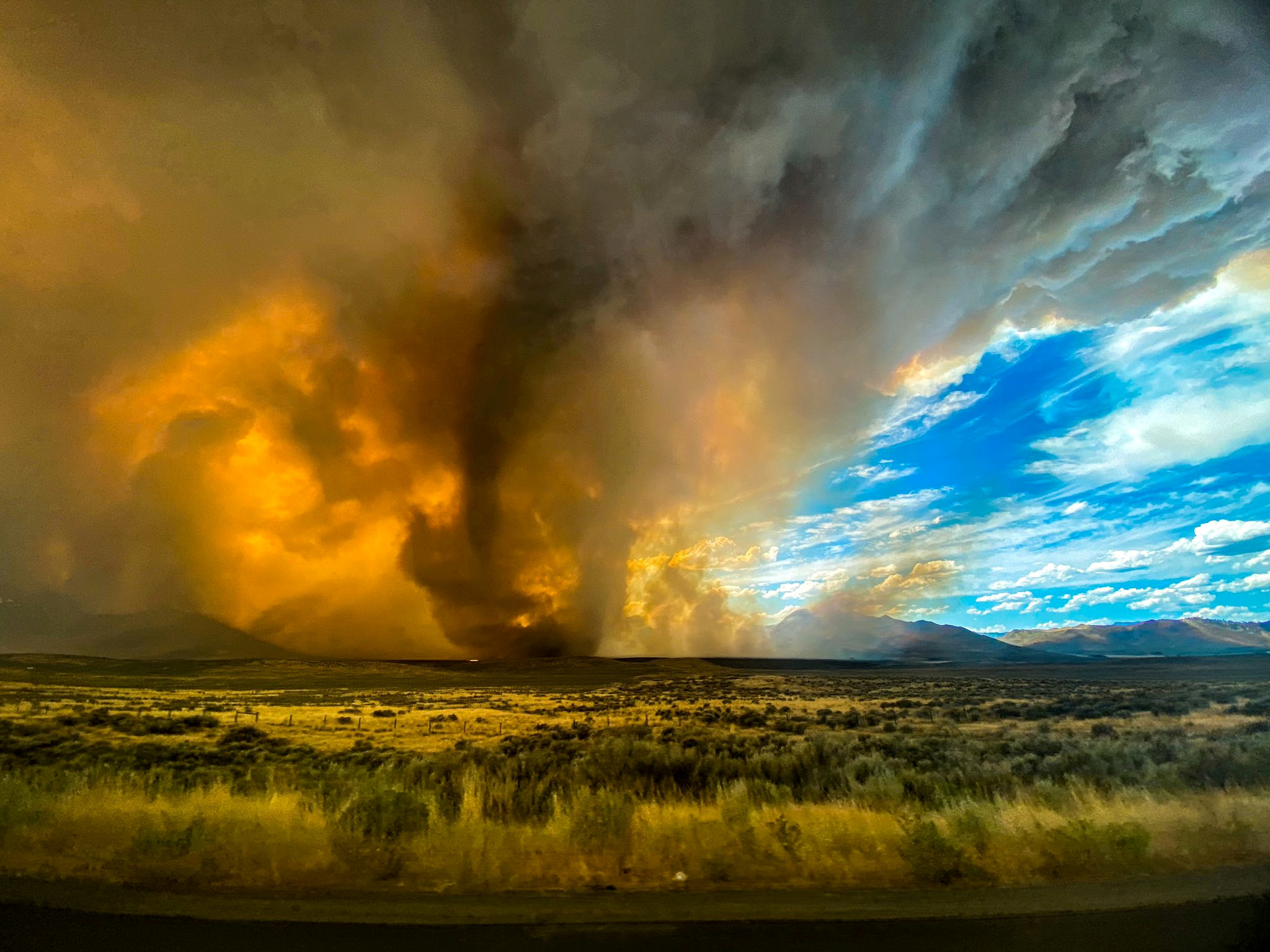 The record temperature in Death Valley was reached yesterday at 3.41pm Pacific time, according to the National Weather Service.

This is the hottest temperature officially verified on Earth since July 1913, which was also recorded in Death Valley.

Meanwhile the National Weather Service extended a red flag fire warning for the entire Bay Area until 11 am this morning as a severe storm system rolled in.

It comes after a "firenado" ripped across the California-Nevada border as winds and extreme heat lashed the area.

The rare phenomenon was seen Saturday afternoon near the Loyalton Fire, which began in the Tahoe National Forest, CA.

Firenadoes start when a gust of hot air blows through the fire at a specific angle, lifting fire and debris in plumes that appear similar to a tornado.

Some can tower to over a kilometre with wind speeds of over 120mph, uprooting trees that are 15 metres tall or more.

On Saturday, the National Weather Service office in Reno warned of blazes that exhibited “extremely dangerous fire behavior,” with the potential for rotating columns and fire whirls. 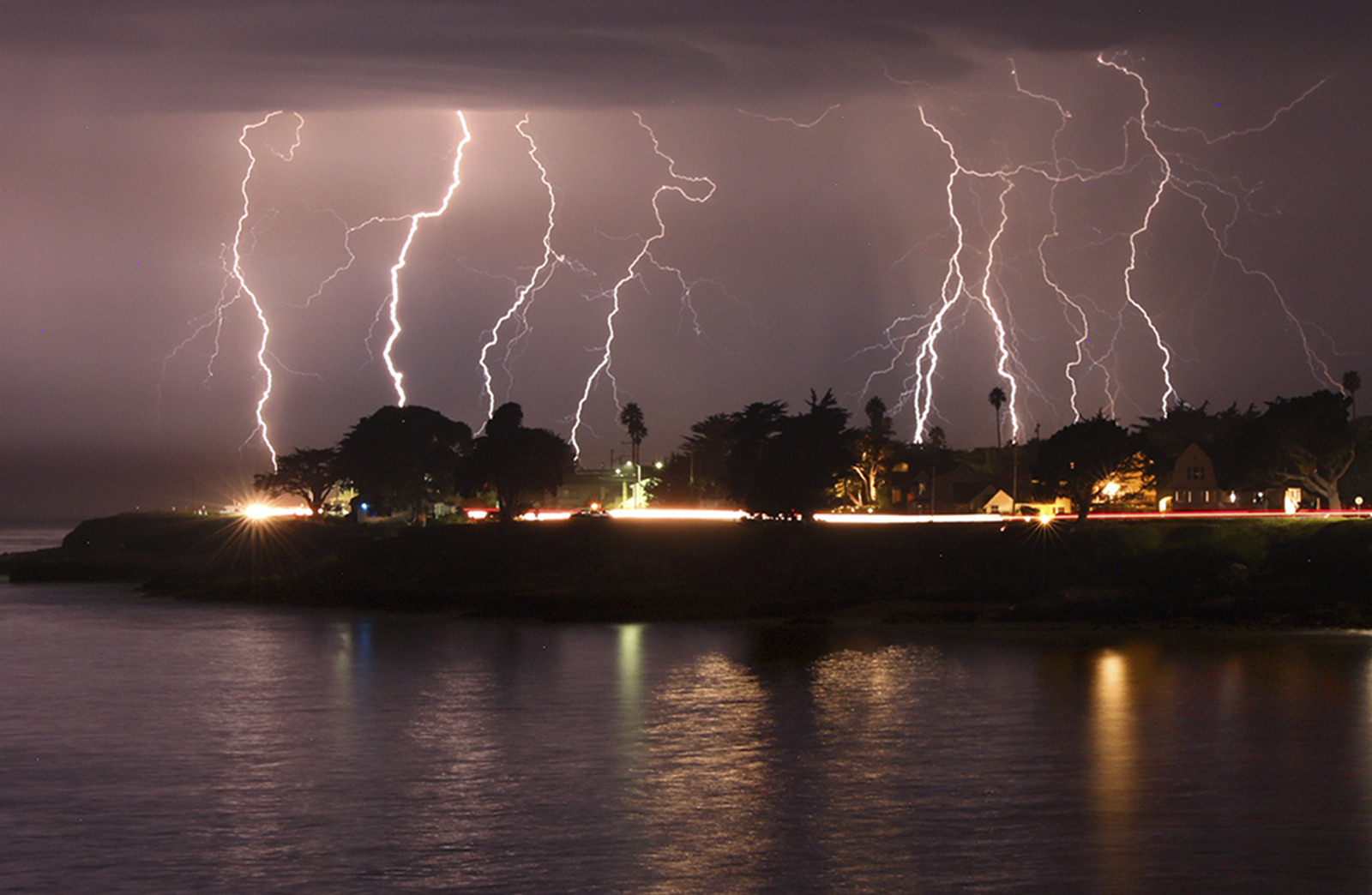 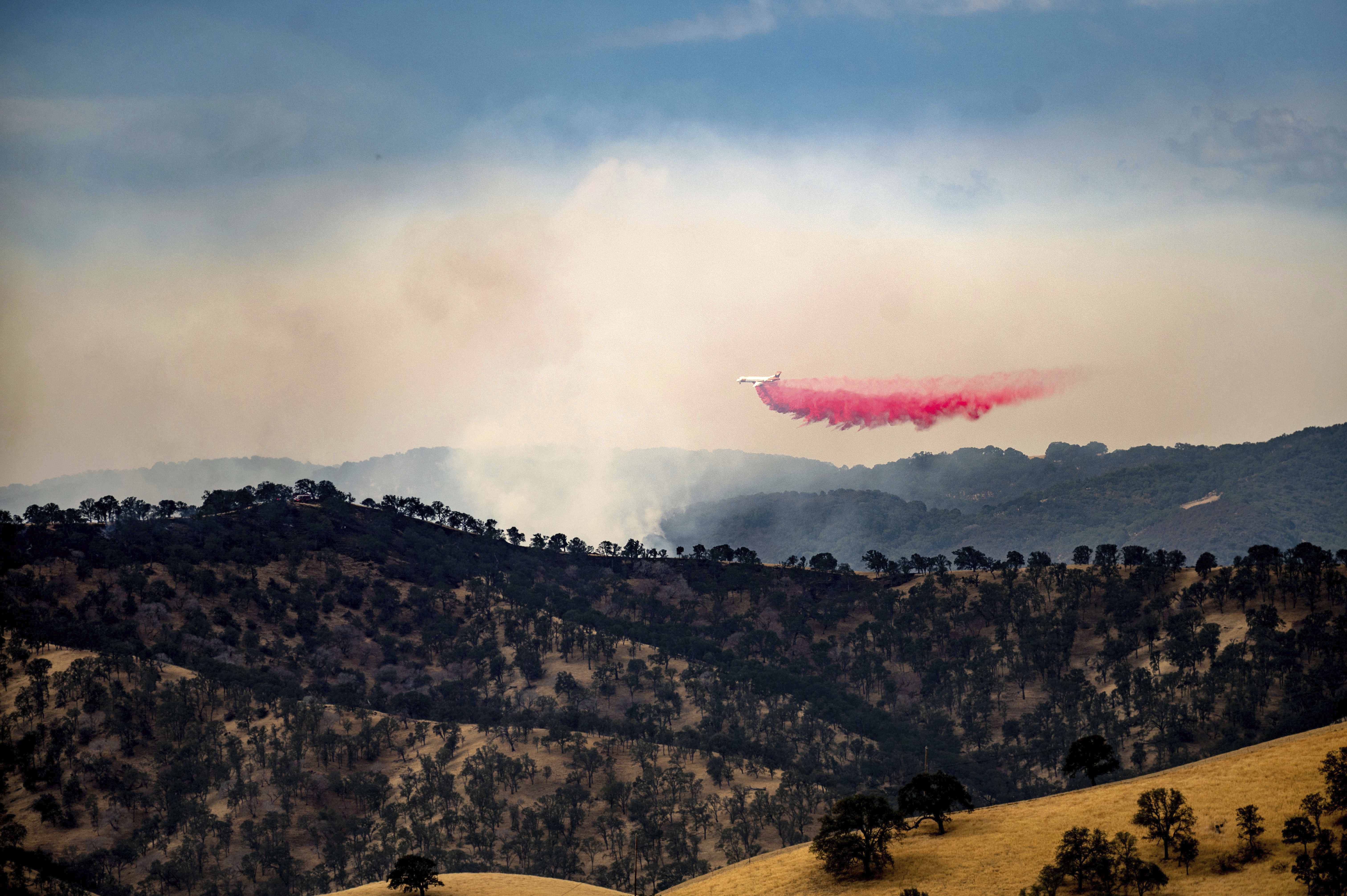 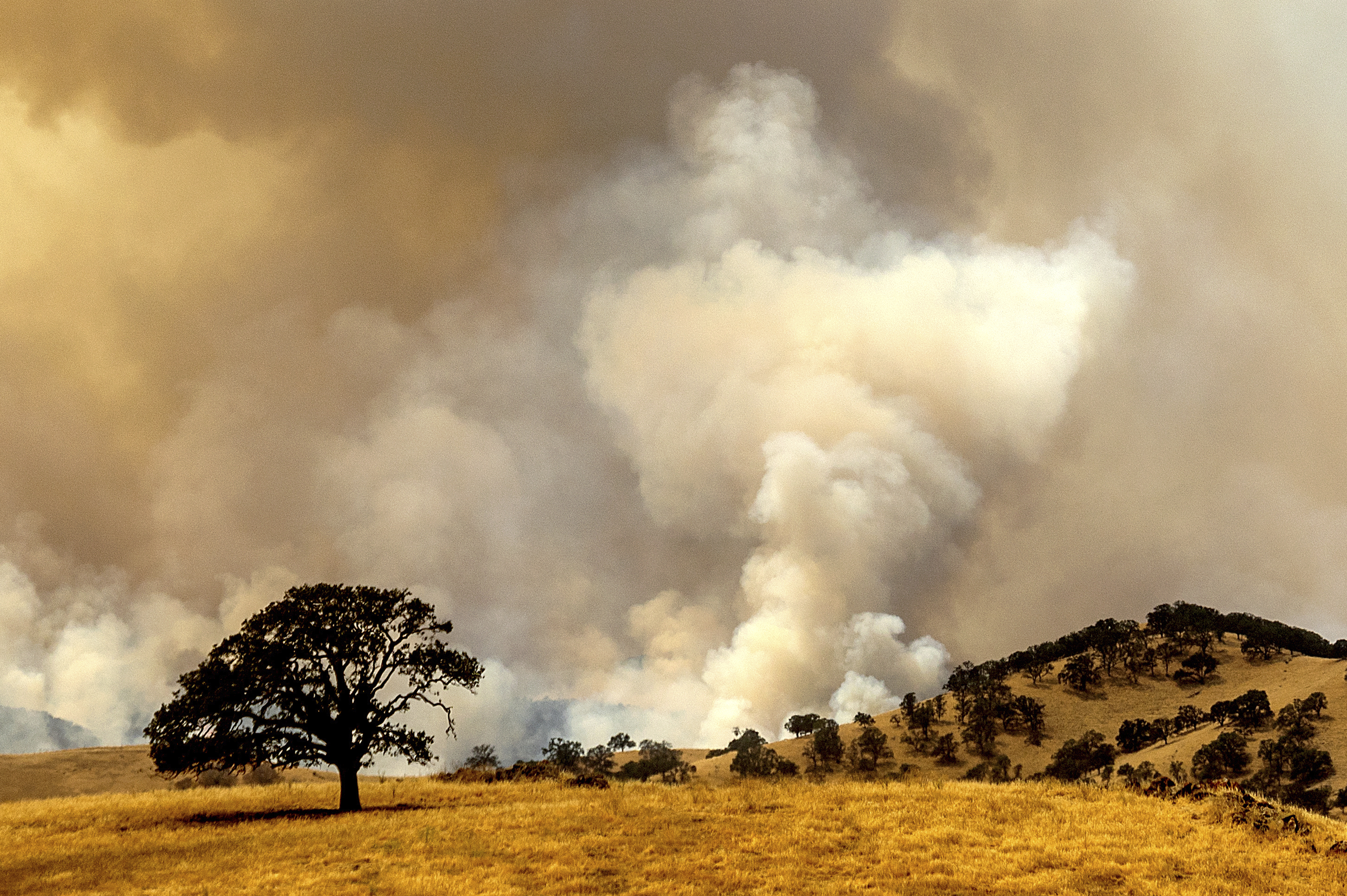 “For any of the firefighters who are working on one flank of the fire, all of a sudden, there is no way to predict what the winds are going to do or how strong they are going to be.”

The fire near Loyalton that started Saturday has burned more than 3,000 acres of land and is out of control with only 5 per cent of the devastation contained by the evening, officials said. 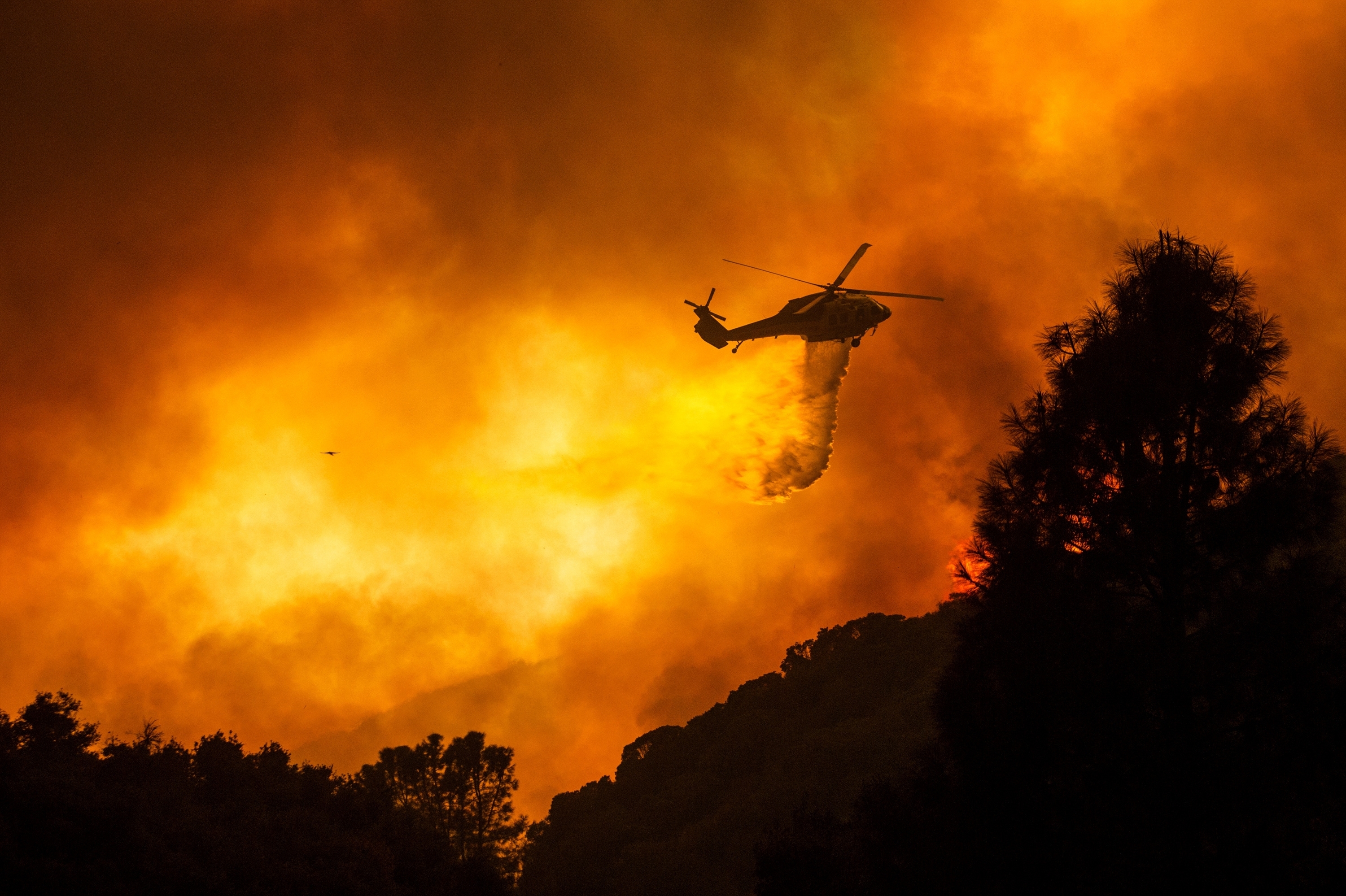 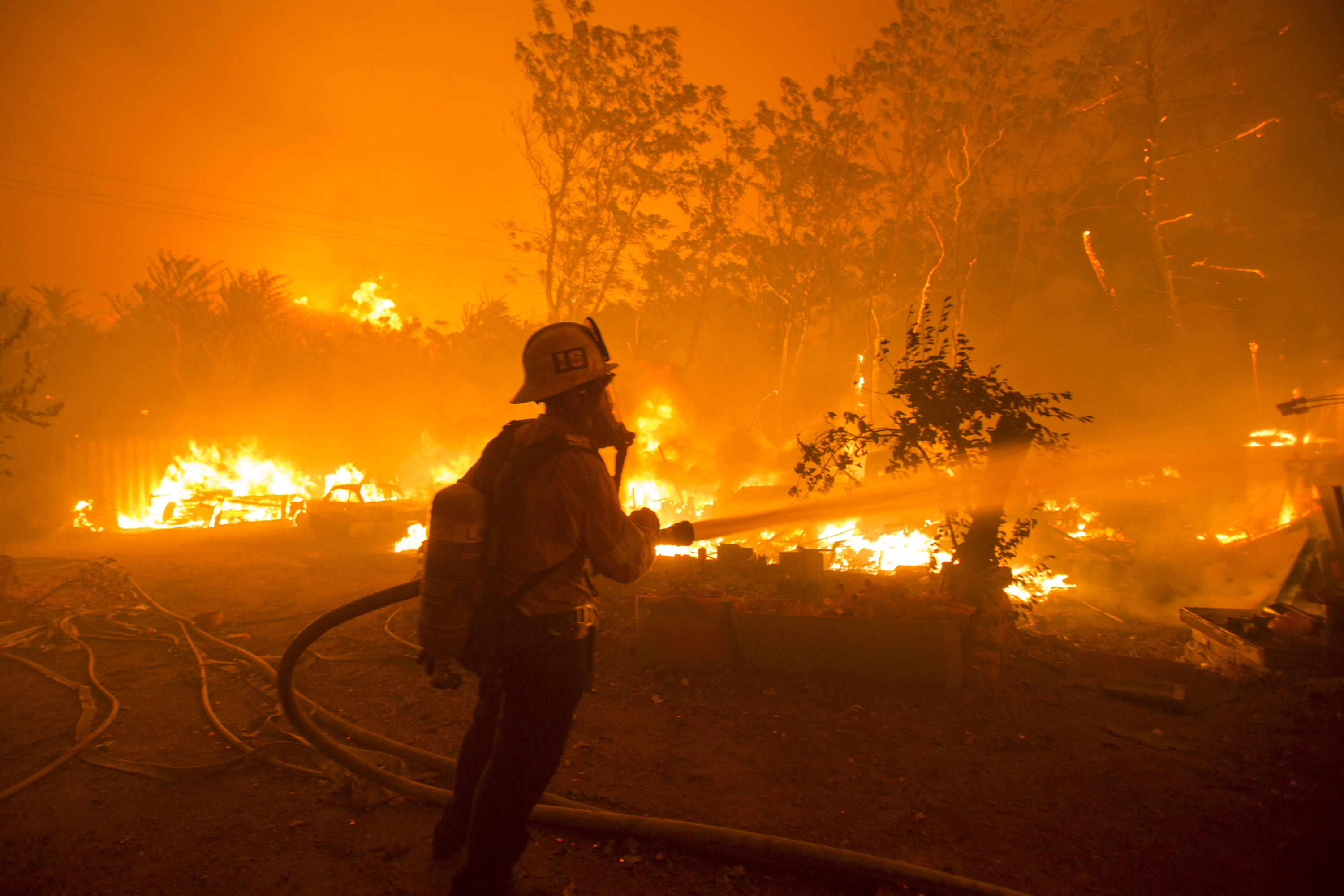