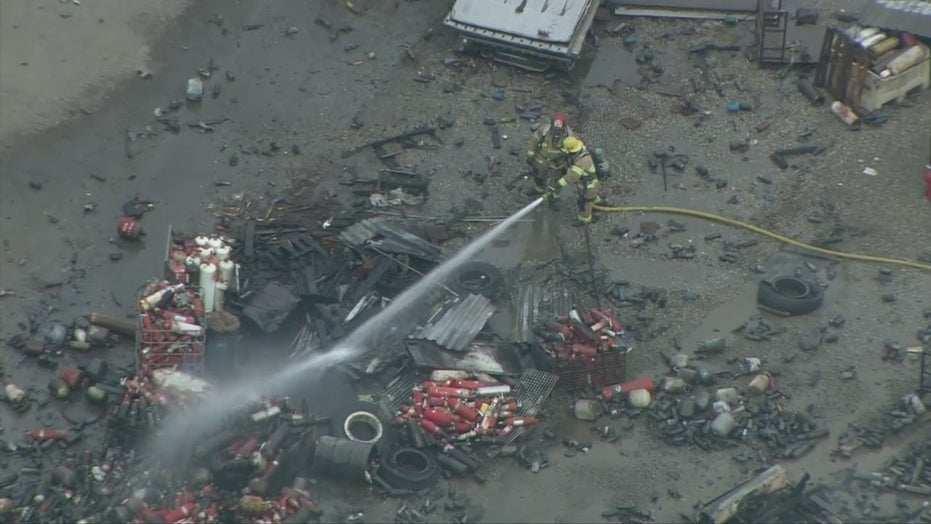 An explosion at a Los Angeles-area industrial facility injured five people Thursday and prompted nearby schools to go on lockdown.

The incident occurred around 9:15 a.m. at a facility in the 4200 block of Third Street in Montclair, 33 miles east of downtown Los Angeles. Some injuries included burns and shrapnel, a fire official told reporters.

Four people were hospitalized and one person was treated at the scene, a Montclair fire official told reporters. Their conditions were not disclosed. A fire resulting from the blast was extinguished and bomb and hazmat teams were at the scene.

The fire department said the facility appeared to be a metal recycling yard.

The Ontario-Montclair School District said the blast had no impact on its schools.

“NO IMPACT TO ANY OMSD SCHOOLS at this time, some schools have been placed on a PRECAUTIONARY LOCKDOWN,” the district tweeted.

A follow-up tweet said classroom instruction was not disrupted.

Images posted to social media showed the blast from various angles as firefighters were dousing the blaze with water and around what appeared canisters on the ground.

This story is breaking. Check back for updates.