British couple reveal their holiday hell as they claim daughter, 2, was ‘grabbed by three burly security guards’ during a horrifying kidnap attempt at their Turkish hotel

A British couple have recalled their holiday hell after claiming three security guards tried to snatch their youngest child from a Turkish resort.

Dean Cremin and his partner Sophie Dawes were at the bar with fellow guests at their hotel in Antalya, Turkey, when the alleged incident took place.

The couple say their two-year-old daughter, Evie, was sitting on a chair when two ‘large and burly’ men came over and ‘started trouble’.

Ms Dawes claims a third man the placed a towel over her child’s head and attempted to abduct her as he ran off, reports the Sun.

The couple said their nightmare only ended once a pair of German tourists pulled Evie aside into nearby shrubs until the drama had died down.

Speaking on Irish radio station RTE1, Mr Cremin recalled: ‘I didn’t know where she was – I was screaming and shouting when I saw two German girls come out of a bush who had actually taken my daughter and hid her away from it all’. 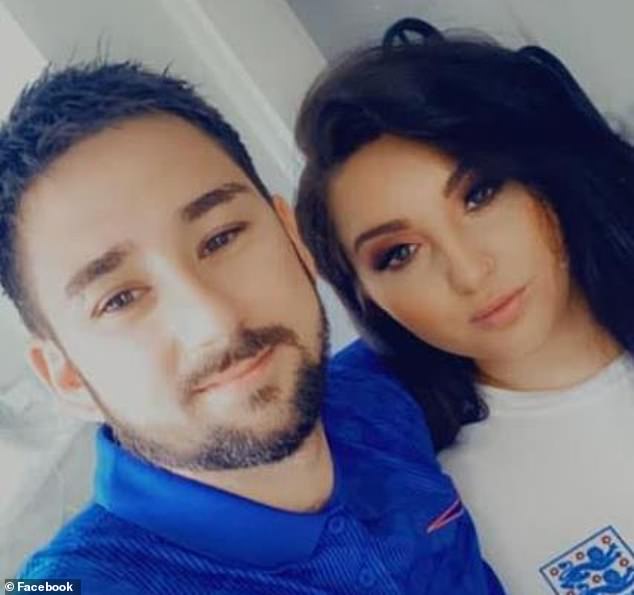 Dean Cremin (left) claims he fought off security guards who had attempted to snatch his daughter, Evie, 2, from the Turkish hotel the family was staying at 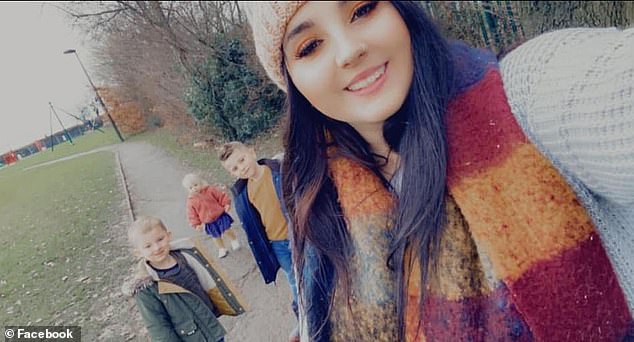 Mr Cremin said the men made a second attempt at his daughter after she had entered a lift with another set of holidaymakers the couple had befriended.

‘We ran straight to the lift and as the doors were about to close, the men saw us and ran over again and tried to pull me out while I was holding my two-year-old to drag me out’, he said.

‘They tried to get her (Evie) again but obviously I was just holding my own. When the doors were closing, he tried to grab her leg.

‘The only thing I can think of… she’s a two-year-old with really long blonde hair and blue eyes.’

Ms Dawes described their holiday nightmare as the ‘worst night of our life’ and shared a warning over Facebook which was shared more than 60,000 times.

She said: ‘One more minute he had Evie we wouldn’t ever be able to hold her again. There are so many witnesses to what happened it’s actually terrifying.’

The horrifying incident, which has been relayed to the British Embassy and is being investigated by police, took place on the couple’s second night of their holiday. 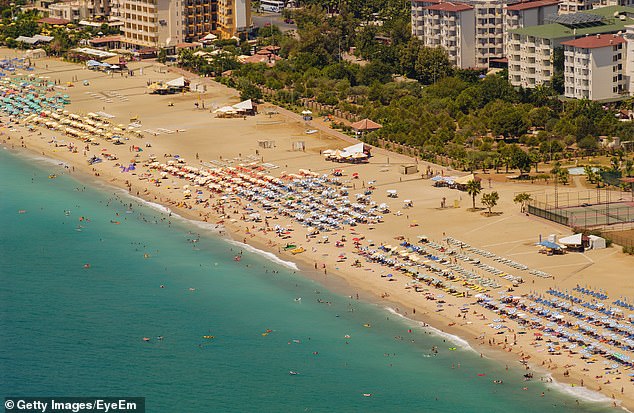 Dean Cremin and his partner Sophie Dawes were at the bar with fellow guests at their hotel in Antalya, Turkey, when the alleged incident took place. [File image]

Phil and Elaine Brady, another couple who were staying at the same hotel, also claim to have witnessed the attempted abduction by the ‘burly’ men.

Elaine recalled: ‘One told me to “shut the f*** up”. Phil walked over and asked was there a problem and they suddenly grabbed him to the floor and they tried to grab my children, who are 10 and 11.

‘Then we were suddenly aware of a third man who tried to put a towel over one of the children’s head.

‘It was just madness, there was so much panic. There were punches thrown and we just tried to get back into the hotel.’

Comparing the scenes to something from Liam Neeson’s Taken series, the pair have approached the Irish Embassy and local police.