Boy, 8, suffering from leukaemia has his life saved after his little brother, 6, stepped forward as a stem cell donor

An eight-year-old boy suffering from leukaemia had his life saved after his little brother stepped forward as a stem cell donor.

Ben Couchman, from Swindon in Wiltshire, was forced to undergo radiotherapy and chemotherapy after he was diagnosed with the cancer two years ago.

But he now no longer has the condition after his six-year-old brother Elliot proved to be a perfect match for a blood stem cell transplant.

The life-saving procedure meant his mother Sam, 42, could spend Mother’s Day with her two boys for the first time since Ben’s diagnosis. 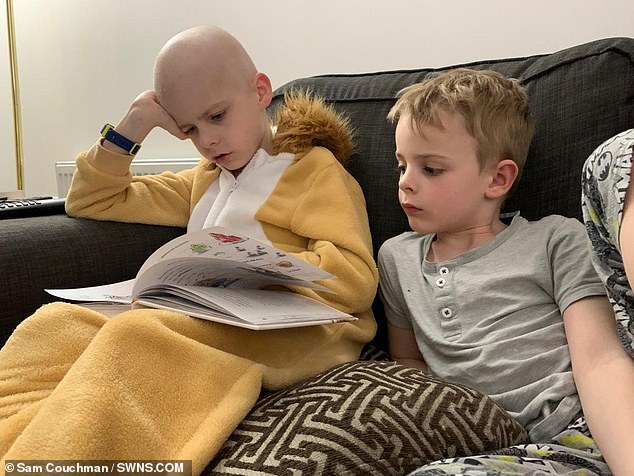 Ben Couchman (left), from Swindon in Wiltshire, was forced to undergo radiotherapy and chemotherapy after he was diagnosed with the cancer two years ago

Ben was diagnosed with leukaemia in 2018 and began a nine-month course of chemotherapy from October.

He relapsed under a year later and had to undergo further treatment, this time including radiotherapy.

‘I was massively relieved to find out he was a match but it also made me feel slightly sick,’ the mother-of-two said.

‘On the day of the transplant I had Elliot downstairs and I was with him while he was having the operation. But their dad Toby was with Ben at the time.

‘It was very hard because they were a match but they still had to go through the procedure and we were all split up.’ 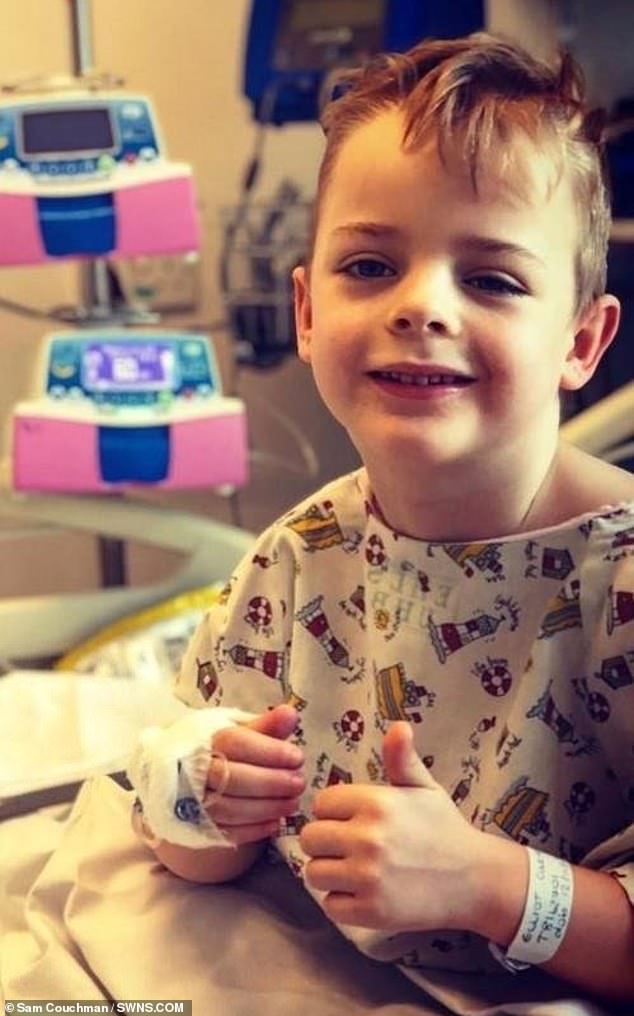 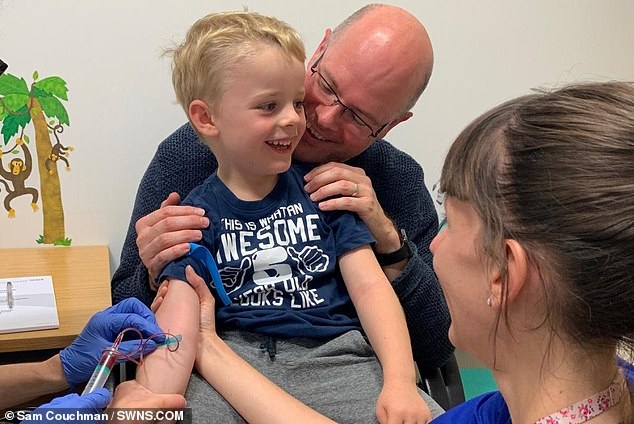 Mr Couchman started off upstairs in the hospital with Ben and the mother-of-two was with Elliot downstairs before they switched places.

‘I was very conflicted because I didn’t want another son to go through a procedure but it was Ben’s best chance of survival,’ Mrs Couchman added.

‘We had to keep swapping and it was difficult because there would be a moment where they were both alone.’

The boys were aware of the treatment through their hospital experiences and their mother being involved in DKMS fundraisers – a non-profit blood stem cell donor centre.

Mrs Couchman said: ‘Elliot already knew what was involved with this transplant, the Human Tissue Authority interviewed him to see if he was okay about it.

‘He was really eager to help is brother, he adores Ben and they both take everything in their stride.’

Ben said: ‘I was quite surprised when I was told Elliot would be my donor.

‘But I was fine about getting the treatment because I was used to it because I had so many treatments before, it was just like any other.’ 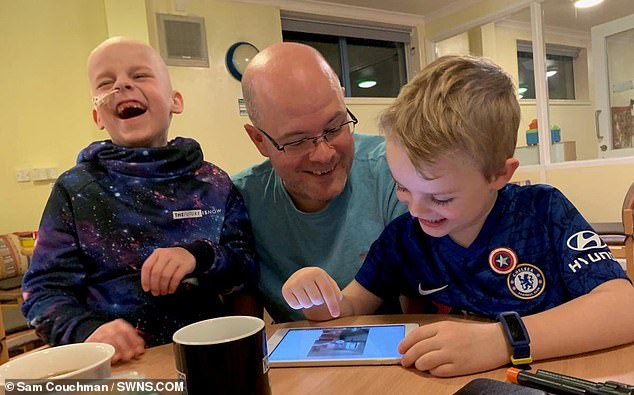 She said: ‘It was really nice to get to spend it with them both.

‘Sometimes I feared I wasn’t going to have both of them at the end of it all but I did.’

But the mother-of-two can still remember when she found out about Ben’s condition after noticing bruising and a rash – and wants other people to help out and donate.

Doctors also discovered a mass on her son’s chest and he was on the verge of having a stroke.

She added: ‘I was in complete shock because of my naivety I never believed it would happen to my child.

‘It’s still very surreal, I still keep thinking about it now and it doesn’t feel real.’

Mrs Couchman is calling for more people to come forward and donate to help families like the Couchmans. Only 4,594 people in Swindon have registered with DKMS.