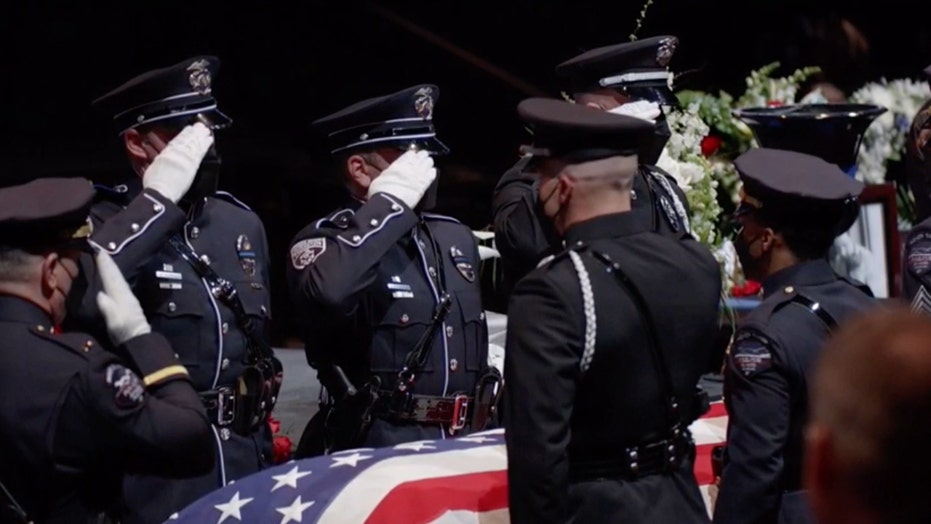 Boulder police officer Eric Talley, who died last week during a mass shooting inside a city supermarket, was remembered for his joy in helping others and heroics in saving dozens during the rampage at King Soopers.

Eric Talley, who was 51, was laid to rest Tuesday at the Flatirons Community Church in Lafayette, according to KDVR.com. The report said that Talley left behind his wife and seven children. His youngest wore small black suits and held the hands of officers from the force during the service, the Denver Post reported.

Boulder Police Chief Maris Herold said Talley’s action on March 22 likely saved dozens of lives at the store, 9News.com reported.  Talley was the first officer to arrive at the scene.

“Eric was kind; Eric was brave, and in the end, willing to die to save others,” he said. “The Boulder Police Department will never forget Eric or his family’s sacrifice.”

Ahmad Al Aliwi Alissa, 21, has been charged with 10 counts of murder.

An AR-15-style gun was recovered inside the supermarket and was believed to have been used in the attack, said a law enforcement official briefed on the shooting who was not authorized to speak publicly and spoke to the Associated Press on condition of anonymity.

Rev. Daniel Nolan, who officiated the service, reportedly said, “I would argue that Officer Talley’s life was not taken — it was given.”