Boris Johnson has enjoyed a popularity boost and the Tories have surged to a nine point poll lead over Labour despite the PM’s war with his former aide Dominic Cummings.

The public’s assessment of Mr Johnson’s handling of the coronavirus crisis is now in positive territory for the first time since June last year, according to a survey conducted by Ipsos MORI.

The survey, conducted in the days after Mr Cummings’ bombshell evidence to MPs last month, puts the Conservatives on 44 points and Labour on 35.

The Tories are up four points on the previous poll from April while Labour are down two points.

Meanwhile, UK economic optimism is now at its highest level since April 2015 as eight in 10 Britons believe the vaccination drive is going well. 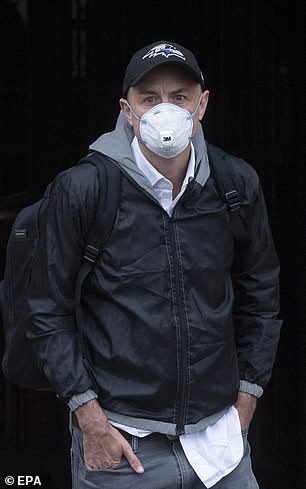 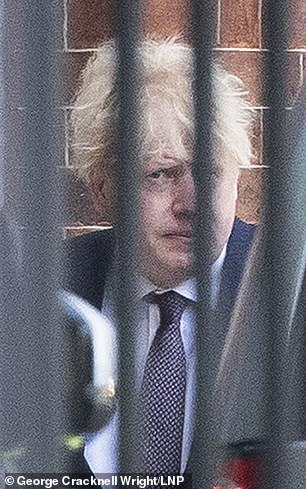 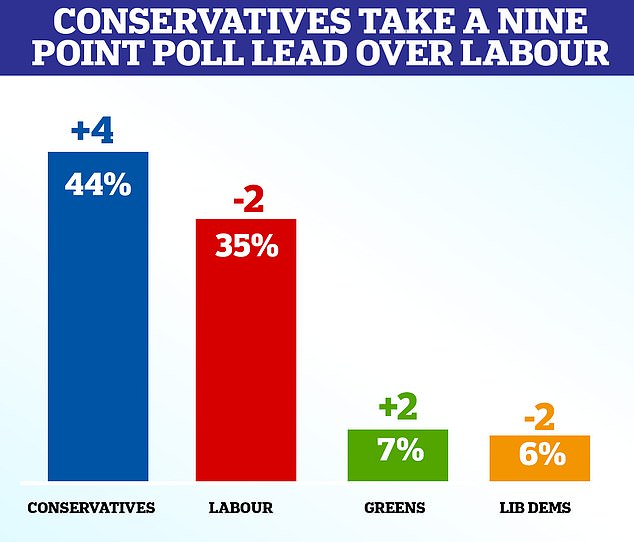 The Ipsos MORI survey, conducted in the days after Mr Cummings’ bombshell evidence to MPs last month, puts the Conservatives on 44 points and Labour on 35 per cent

Mr Cummings delivered an all-out assault on Mr Johnson and the Government when he gave evidence to MPs on the handling of the pandemic on May 26.

The Vote Leave maverick’s criticism included labelling Mr Johnson unfit to be PM and claiming Health Secretary Matt Hancock ‘should have been fired for at least 15 to 20 things’.

The Ipsos MORI poll was conducted between May 28 and June 3 and its findings suggest Mr Cummings’ testimony failed to do significant damage to his old boss.

Some 43 per cent of Britons believe Mr Johnson has handled the Covid-19 crisis well, up one point on the last poll, while 39 per cent believe he has handled it badly, down seven points.

His net score is now plus four – the first time the PM has been in positive territory since June 2020.

The poll asked respondents who they trust more to tell the truth out of Mr Cummings and Mr Hancock.

The net score of plus six is the Government’s first positive rating since August last year.

Some 82 per cent of respondents said they believe the Government has done a good job on the rollout of the vaccine.

That is down four points on April but still four points above the first rating recorded in February when it was 78 per cent.

The poll found that just over half of Brits – 53 per cent – believe the economy will improve over the next 12 months while 31 per cent think it will get worse.

The net Economic Optimism Index score of plus 22 is the highest recorded since April 2015.

Keiran Pedley, director of politics at Ipsos MORI, said: ‘With their lead over Labour now standing at 9 points, the Conservatives are clearly benefiting politically from the public perception that things are moving in the right direction in terms of the pandemic.

‘Britons continue to think the vaccine rollout is going well and economic optimism for the future has not been this strong since just before the 2015 General Election.’