AMERICAN FLAGS were burned as tensions arose between Black Lives Matter protesters and far-right counter-protesters as they demonstrated in Washington following the fatal police shooting of Kevin Peterson Jr.

Hundreds of people gathered near where 21-year-old Peterson Jr was shot and killed one day earlier as demonstrators burned flags and lit candle vigils in protest of the fatal police shooting for a second straight night in Clark County. 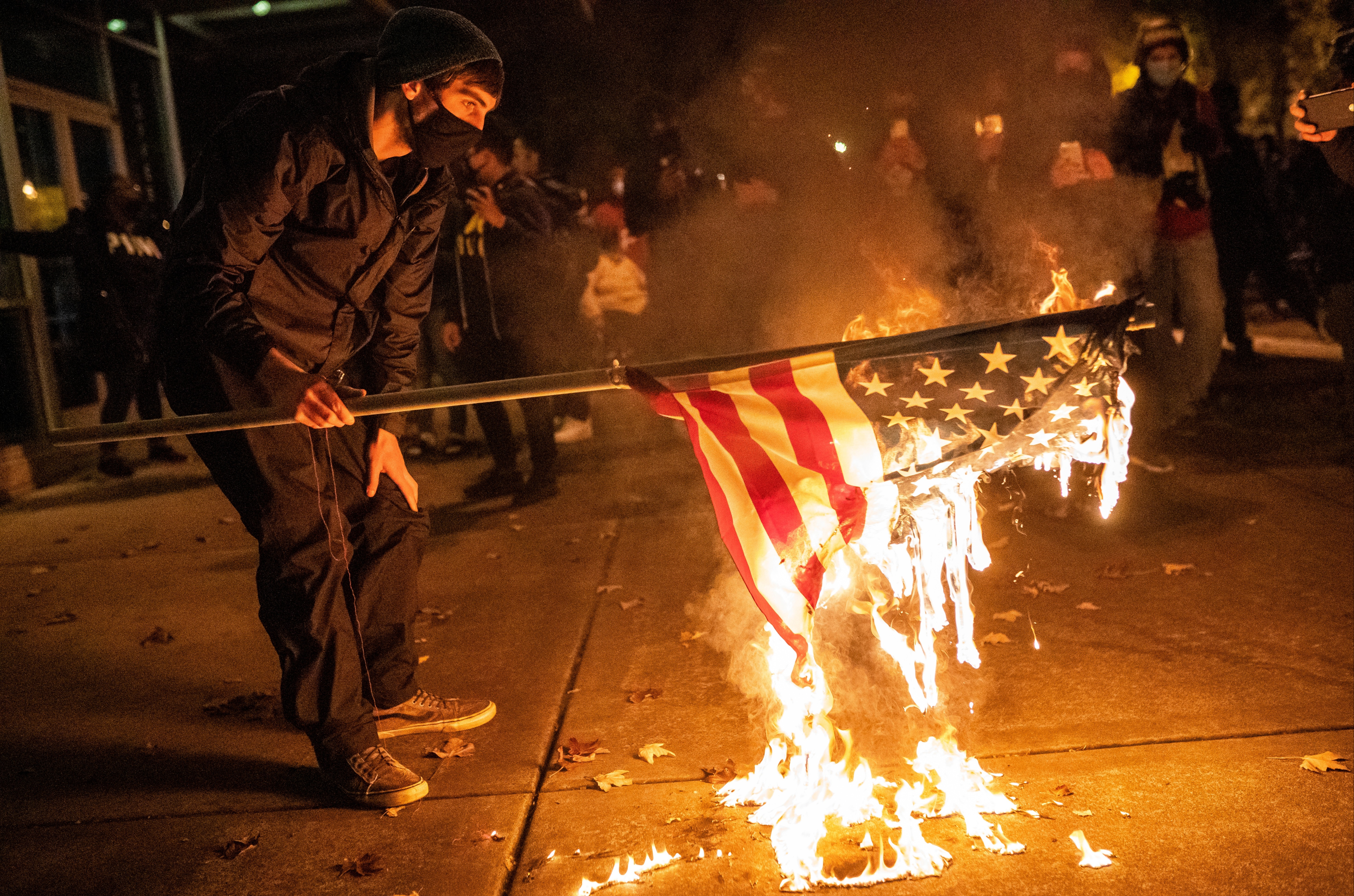 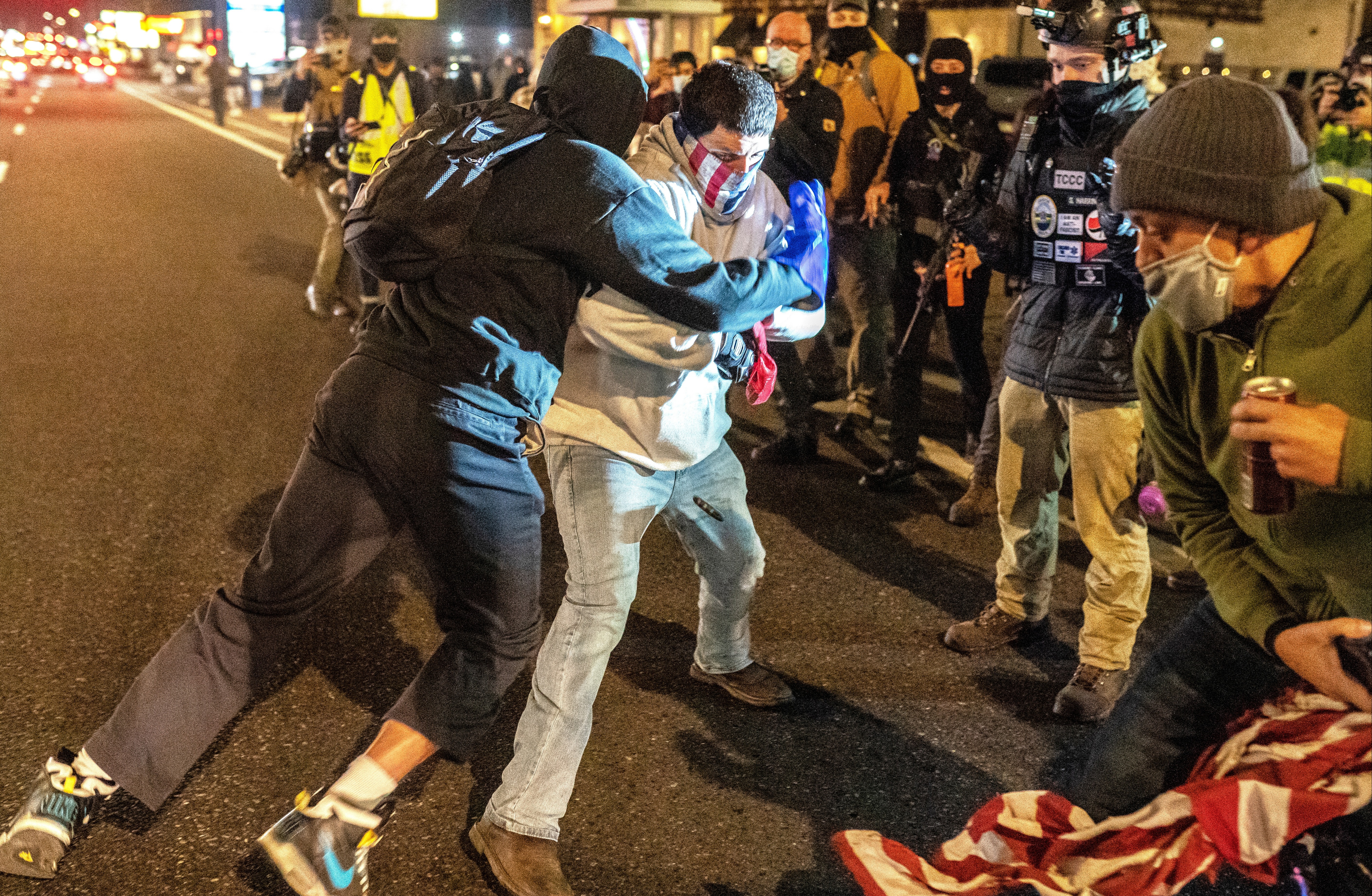 Although the shooting is still under investigation, deputies approached Peterson believing he had been selling drugs in the parking lot of a suburban hotel.

The Southwest Washington Independent Investigative Response Team, investigating the shooting, said Peterson "produced" a gun before deputies fired on him.

Peterson was on the phone with his partner Olivia Seto when he was shot. Seto said she heard Peterson running during the phone call and heard multiple gunshots before the line dropped. 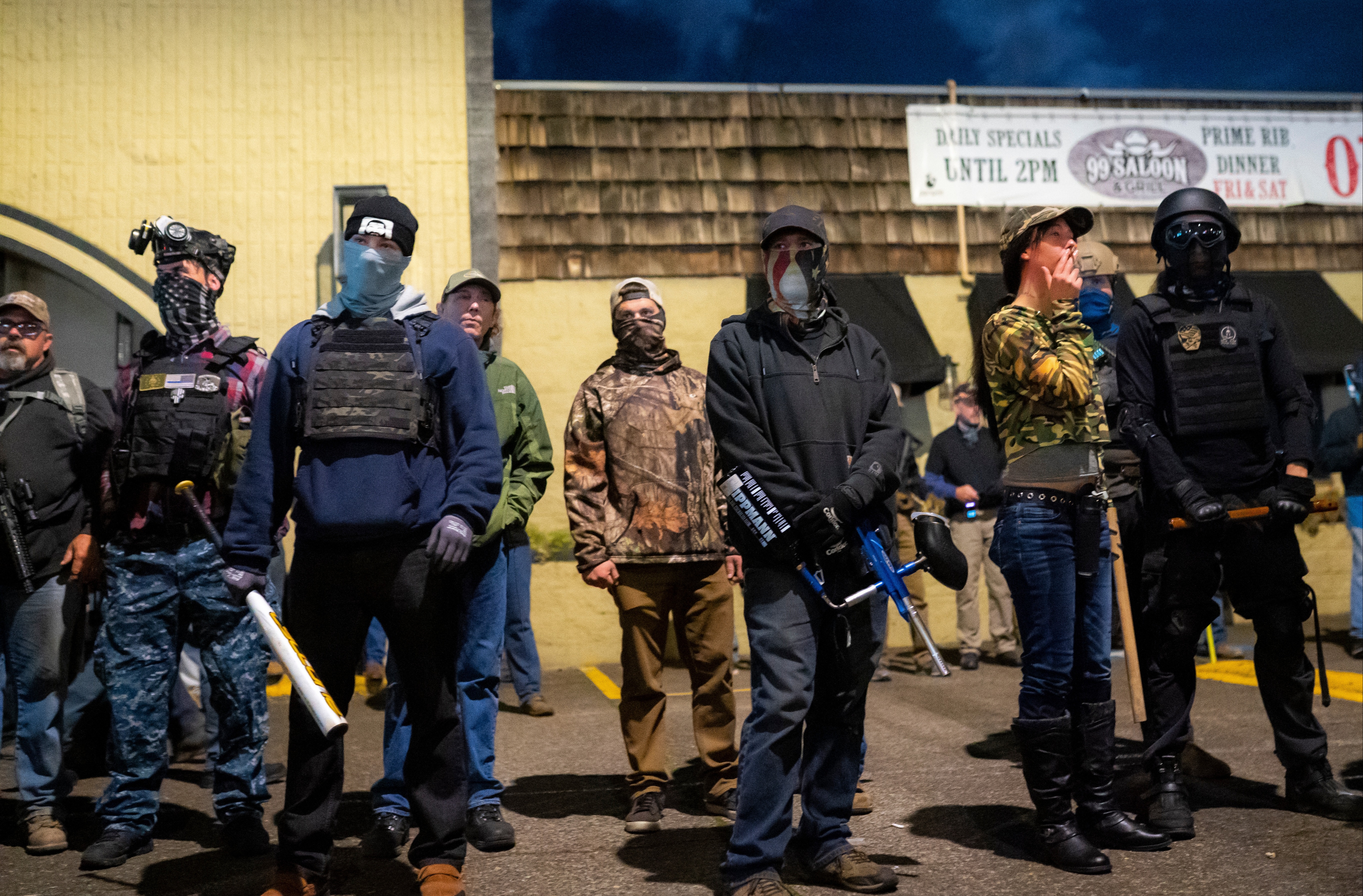 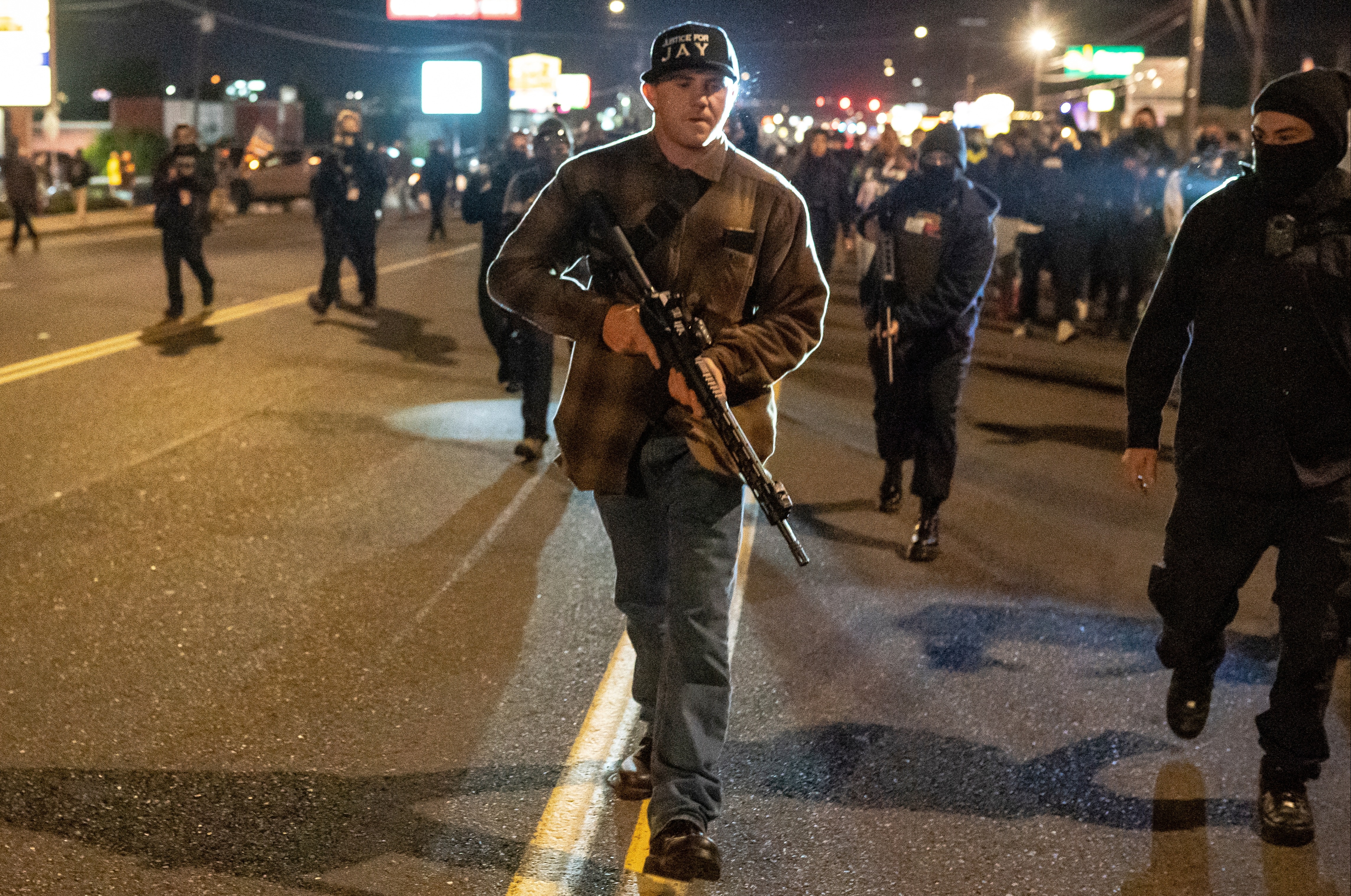 Seto added she didn't know what led to the shooting, adding Peterson was the father of a newborn daughter, grew up in Portland, Oregon and currently resided in Camas, a city in Washington just north of where he grew up.

The first group held a candlelight vigil in Peterson's memory. However, a second group approached the area with calls to "take a stand" against violence caused by the "Portland antifa."

Tensions arose as the two groups began shouting at each other and police refrained from interfering. A woman told a crowd of 40 people at the vigil not to engage with people from the other side.

"I have a Black brother and a Black dad and Black friends, and I would hate to see this happen to one of them," the woman, Natalie Scott, said. "And if this happened to them, this is exactly what I would want everybody to be doing. Standing up for them. Or me, even." 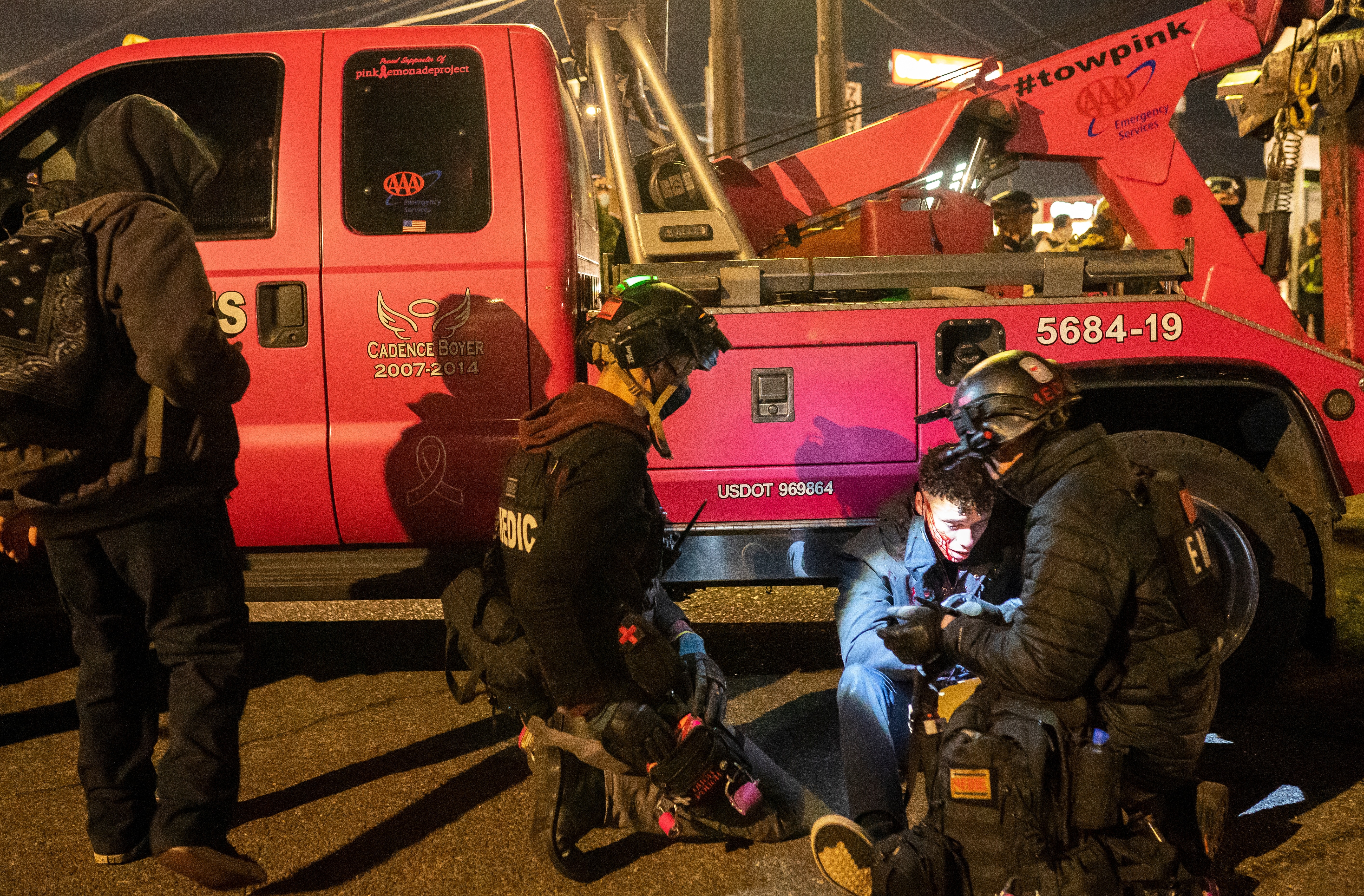 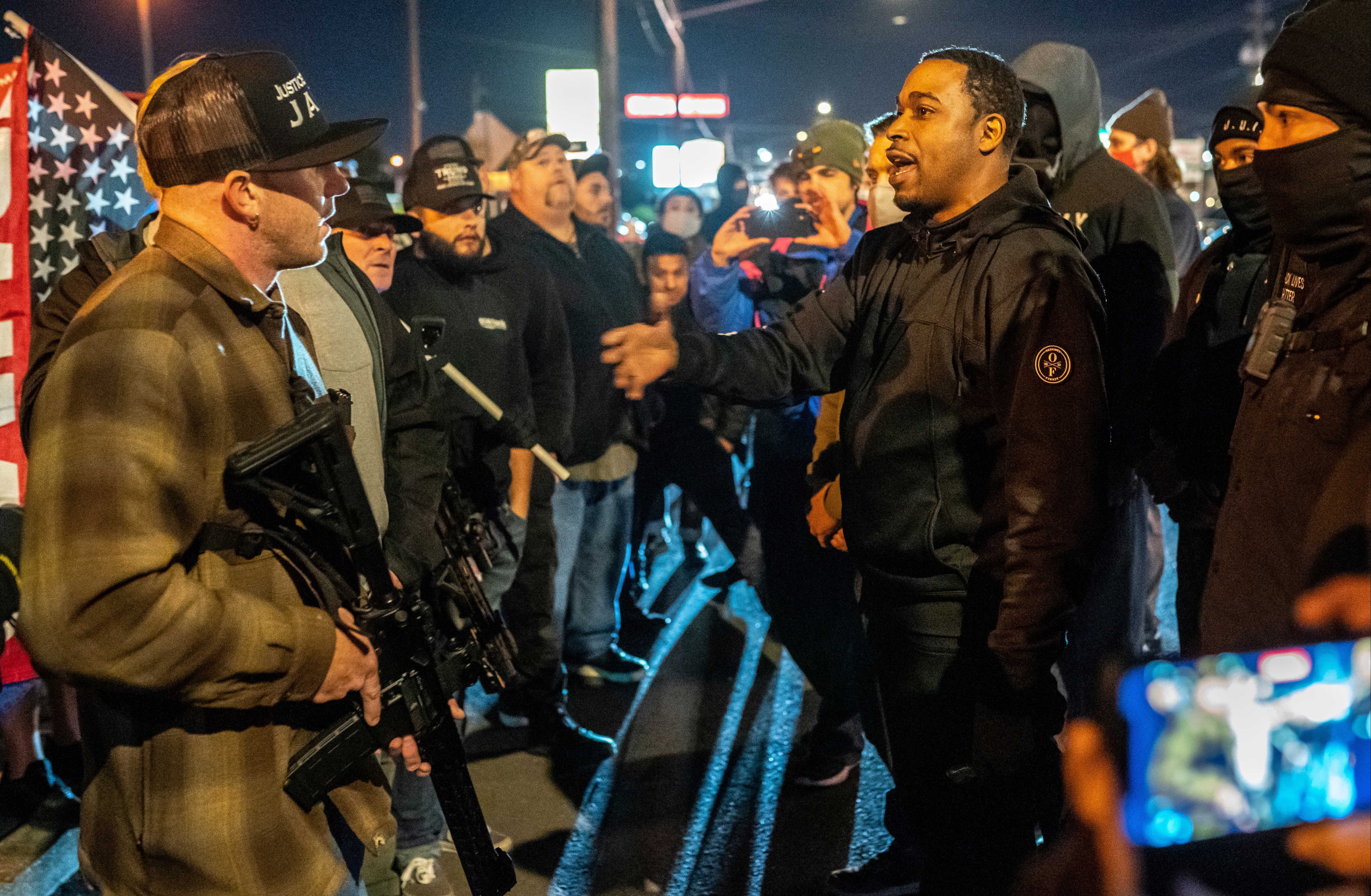 Peterson's tearful relatives also arrived at the vigil, with the crowd growing to over 300 people by 8PM and speakers encouraging mourners to attend Black Lives Matter protests in the future.

A crowd attempted to protest near Peterson's shooting on Thursday night, however, police cars blocked protesters from getting near the site. Demonstrations continued throughout the night and into Friday.

After organizers announced plans for Friday night's vigil, right-wing protesters were told on social media to show up at the vigil and be "on alert."

Patriot Prayer leader Joey Gibson, infamous for leading many right-wing events in downtown Portland that had led to violent clashes, warned the "Portland antifa" would attempt property damage and encouraged a "show of force" from his supporters.

"The people of Vancouver will not stand down," Gibson said in a YouTube video.

Counterprotesters approached the vigil near 7PM with Donald Trump or Thin Blue Line flags, with a handful of people standing guard with automatic rifles a block from the vigil.

Clashes soon erupted as police vehicles blocked crowds as they marched into downtown Vancouver, even pepper-spraying the crowd as shouting ensued and people began burning the American flag while chanting "Say his name, Kevin Peterson."