“He said he didn’t know why we bothered putting make-up on because our ‘face was only going to be rammed into a pillow’.”

That was the comment from a petty officer to a young navy sailor as she stood with a fellow female shipmate, both of whom had applied make-up that day.

The sailor had previously been sexually assaulted by a navy seaman yet still had to endure “disgusting” comments from her superior. She would go on to be shamed and blamed for her abuse.

Giving evidence to the Royal Commission into Defence and Veteran Suicide on Friday, the woman, whose identity was protected, said at one point she was deployed back to the naval base where her alleged attacker was stationed.

“Some people told me that my career was ruined because I couldn’t ‘shut my legs’,” said the woman, known as witness BR1, who is now in the reserves.

“There was a lot of inappropriate comments made.

“If we did report their comments or ask for help about the behaviour that was done by the males in our chain of command, we were just told that nobody was going to care and we were easily replaced if we were going to cause a scene.”

After dealing with the trauma of being sexually assaulted on her own, as well as rumours being spread about her and other men on the ship, BR1 eventually sought professional help.

Her psychologist recommended she make a complaint to police. According to BR1, she encountered more inappropriate comments from a police officer.

“He said it was ‘he said, she said,’ that I didn’t have any evidence to suggest that it did happen,” the woman said.

“They asked me what was I wearing, what was I doing before it happened, and I proceeded to ask them what did they mean by that, and they said I could have given him the wrong idea, that’s why it happened.

“I told them that I was wearing jeans and a T-shirt and tiny high heels and I said, ‘even if I was wearing just a bikini, I don’t think it’s okay what happened to me’.”

The young sailor began to have suicidal thoughts, and told the Brisbane hearing she would not be alive today if not for the support of her family. The royal commission has heard from others in similar situations, and also of those who could not be saved.

On Friday, the royal commission also heard from the parents of flying officer James Fernandez de Viana, who said their son did not receive the help he needed from the Australian Defence Force before his suicide in 2019. They believe his death could have been prevented, even in the final hours.

The 26-year-old was based in Edinburgh, South Australia. His mother Patricia, in Western Australia, had called the night before his death, making James promise to call her when he finished work and returned to his room. 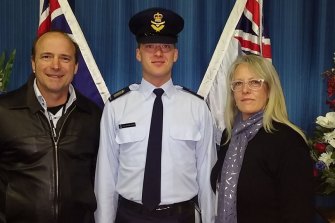 James Fernandez de Viana next to his mother Patricia and father Michael.

“At 5.30pm Western Australia time I realised I hadn’t heard from him and he should have finished work,” Ms Fernandez de Viana testified, through tears.

“When I phoned through, I’m pretty sure that I got his voicemail and an hour later when Michael [James’ father] came home, the first thing I said to him was ‘have you heard from James, he’s broken up with his girlfriend’ and he said ‘no, I’ll ring him now’.

“Michael phoned James and his phone was turned off.

“I could have got to Adelaide by 10pm that night – that’s the time the flight would have arrived.

“If I’d have known looking back now that he was in a serious position as he was I would have got there to him and saved his life or at least had to call someone to say to go check on him please.”

But just before 4am the next day, after spending most of the night locked in his room, James took his own life. 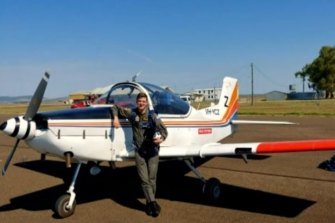 James Fernandez de Viana’s family said he was witty, smart, and kind, and had a bright future ahead of him in the military.

His suicide, his family said, was the culmination of failing flight tests, a breakup with his girlfriend and health problems that formed a ‘perfect storm’.

Not only was the ADF not responsive to his needs, but it compounded the trauma for his family. It would not pay the $10,000 cost to fly James’ body back to WA, so his parents instead had to organise road transport that left his body in “no fit state” for a viewing before the funeral. 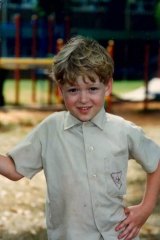 The family called for a range of things to be reviewed by defence, including mandatory medical help after any personnel fails a test.

BR1, who described her time in the navy as “hell”, concluded her evidence by urging others to remember sexual assault was not their fault.

The first round of the royal commission’s Brisbane hearings have now concluded.