Columbia University linguistics professor John McWhorter, who is Black, said Wednesday evening that parents of children enrolled at a New Jersey private school that has started to teach critical race theory should pull them out before the fall.

“All hail Dana Stangel-Plowe, who has resigned from the Dwight-Englewood School, which teaches students ‘antiracism’ that sees life as nothing but abuse of power, and teaches that cringing, hostile group identity against oppression is the essence of a self,” McWhorter tweeted.

McWhorter said if parents are “truly antiracist,” they should take their children out of the prep school. “Only this will arrest these misguided Elect parishioners from their quest to forge a new reality for us all.”

Stangel-Plowe, a former English teacher at the school, claimed it is using CRT to teach a “hostile culture of conformity and fear” — causing white and male students to believe they are “oppressors.” 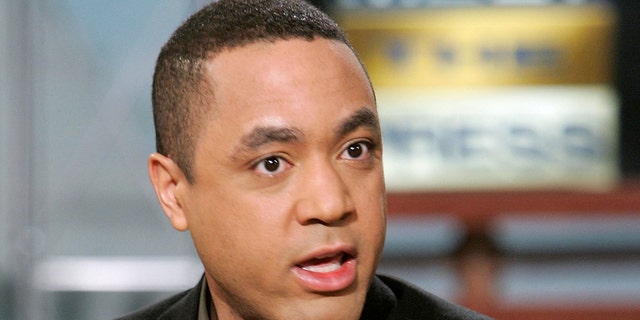 John McWhorter speaks during a taping of "Meet the Press" at the NBC studios on January 15, 2006 in Washington, DC. McWhorter is a professor of linguistics at Columbia University and a contributing editor to the Atlantic. (Photo by Alex Wong/Getty Images for Meet the Press)

“The school’s ideology requires students to see themselves not as individuals, but as representatives of a group, forcing them to adopt the status of privilege or victimhood,” she wrote in a letter to the heads of the school.

Critical race theory teaches that racism is a social construct that is embedded in most aspects of society.

McWhorter is also a contributing editor to the Atlantic and most recently wrote a piece titled “The Problem With Dropping Standards in the Name of Racial Equity” in which he argues that new college academic guidelines meant to lift up students of color “are as likely to promote racism as to uproot it.”

McWhorter and the Dwight-Englewood School did not immediately return Fox News’ after-hours request for comment.