A BATH & Body Works brawl broke out over the weekend when a woman allegedly stood too close to a customer.

The group fight took place on Saturday evening in the Fashion Square Mall in Scottsdale, Arizona. 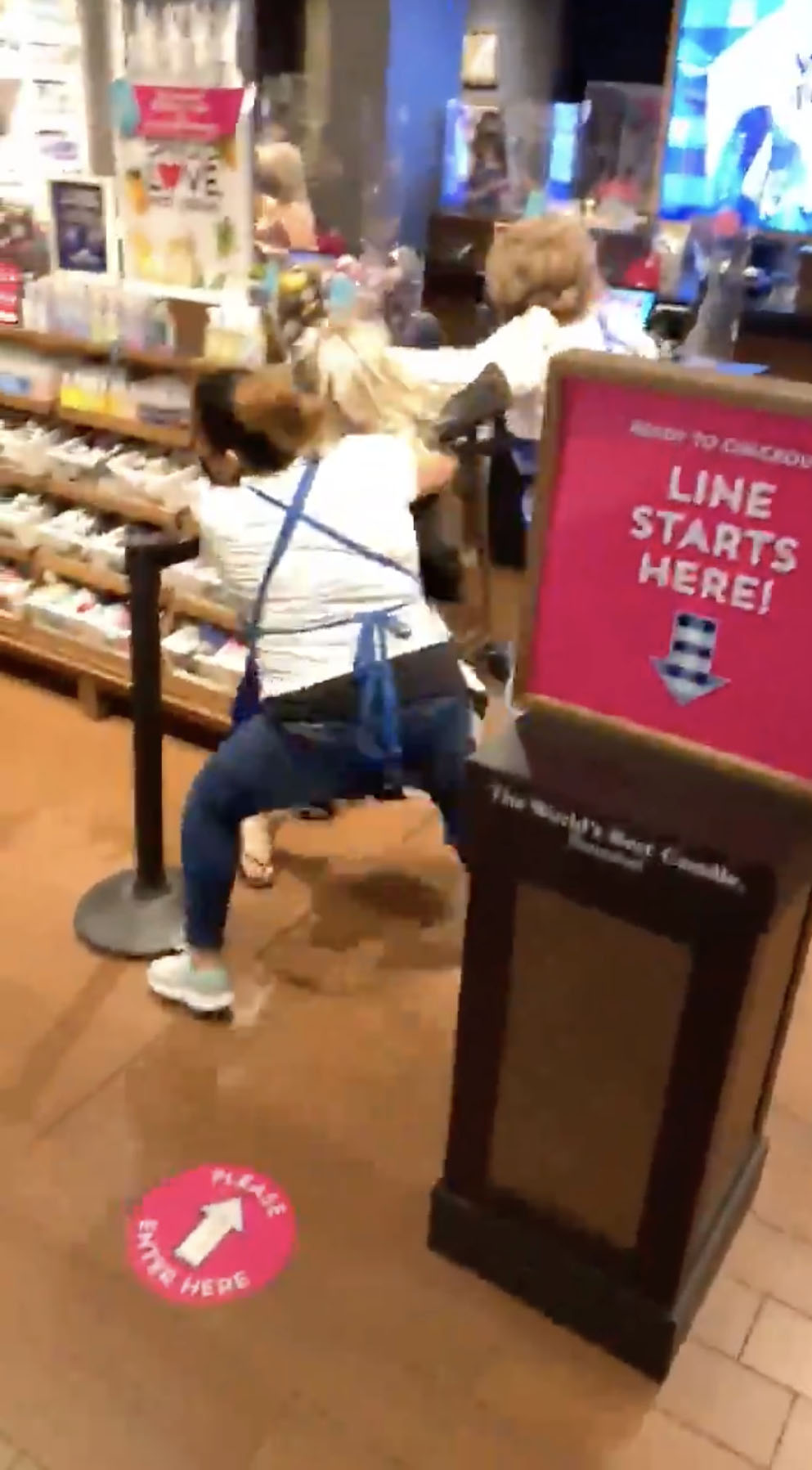 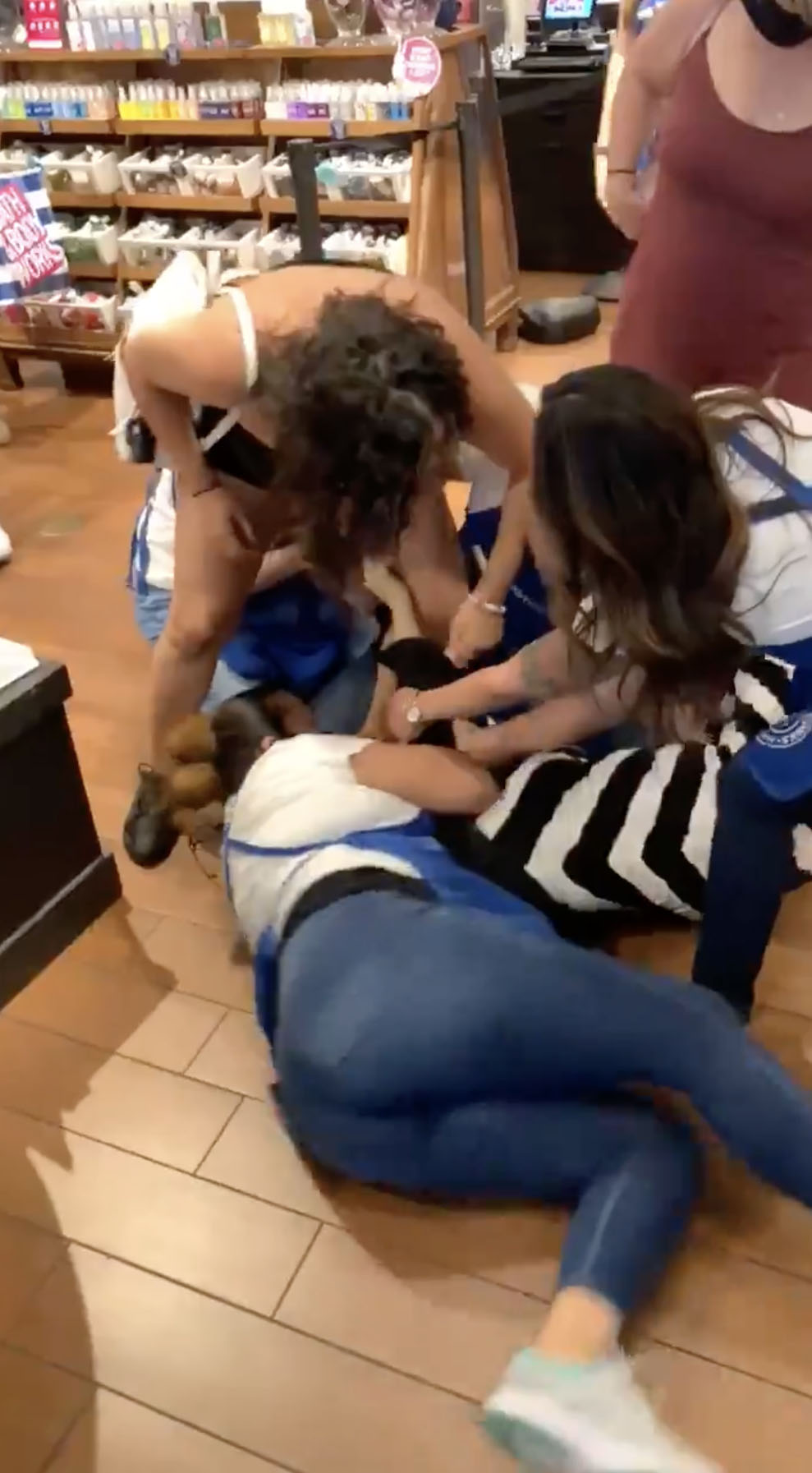 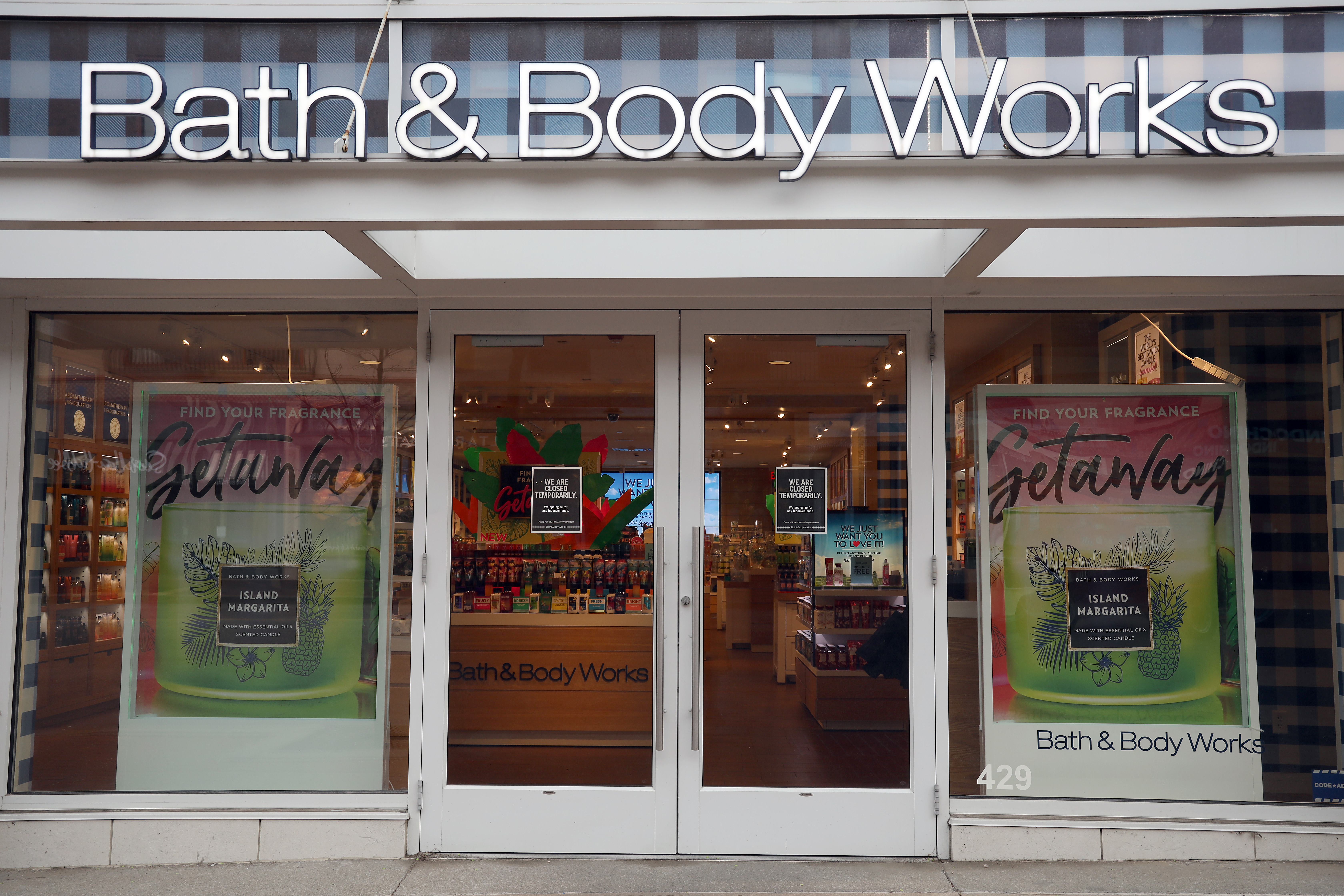 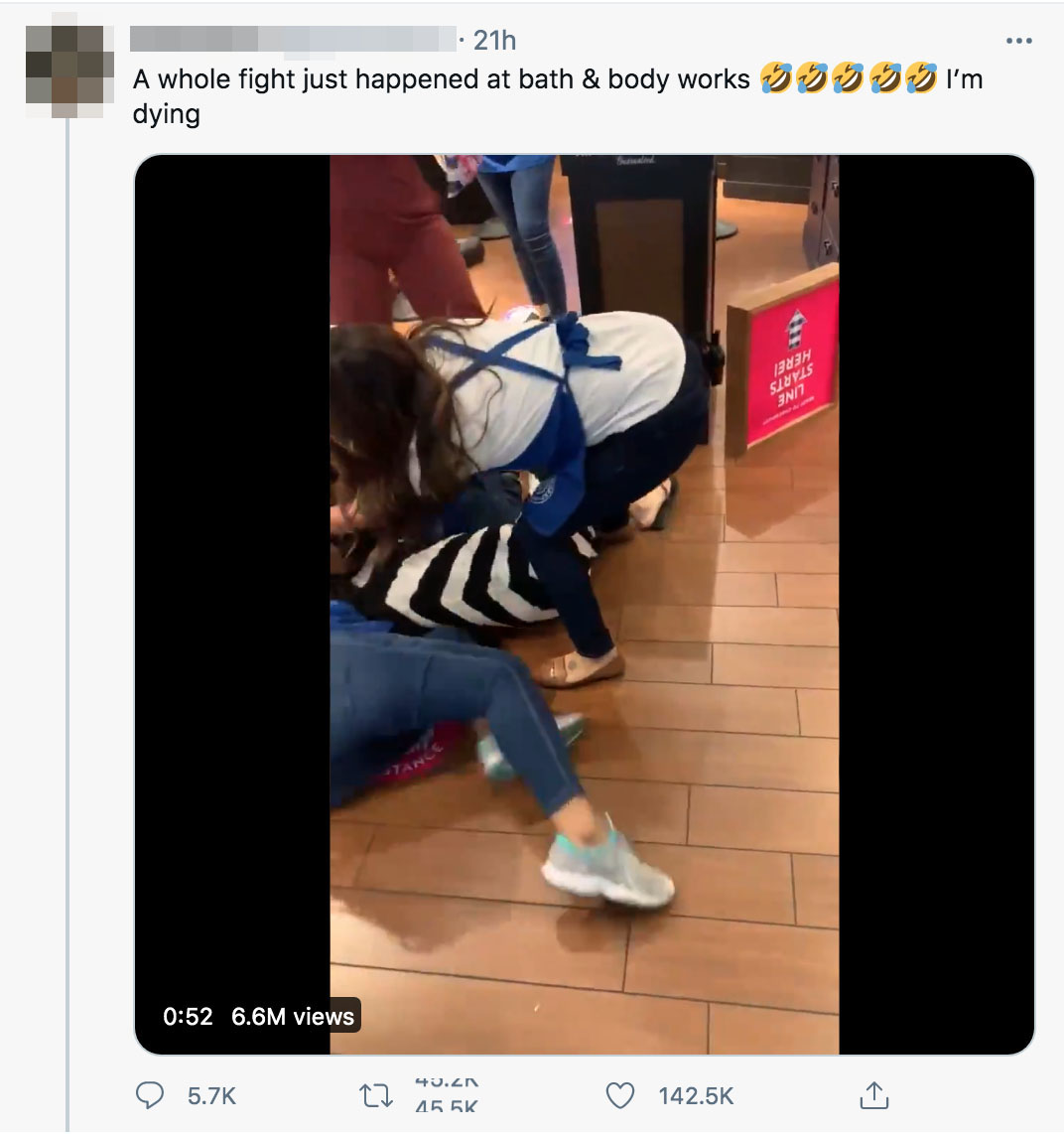 The video, which has already obtained more than 6.9million views, captured the chaotic scuffle between a handful of the store's worker and some customers.

A few hours later, Genevieve explained the fight started after a "white lady was standing too close to another customer," however, that part of the incident was not recorded.

As an argument ensued, Bath & Body Works employees attempted to de-escalate the incident – "but the white lady wouldn’t leave," Genevieve wrote in a followup tweet.

She said the video picks up as the "white lady" refused to leave the store, despite store employees urging her to get out. 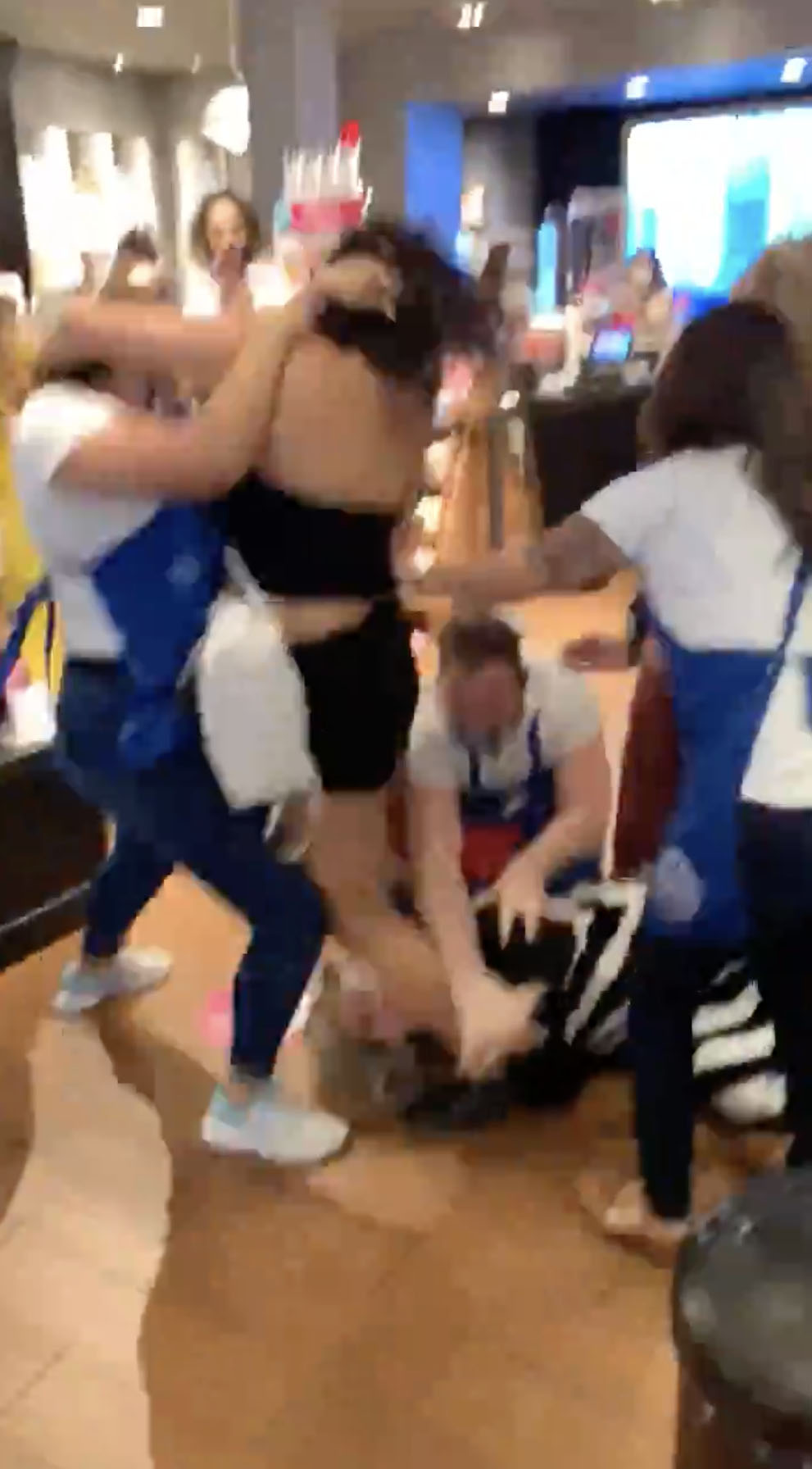 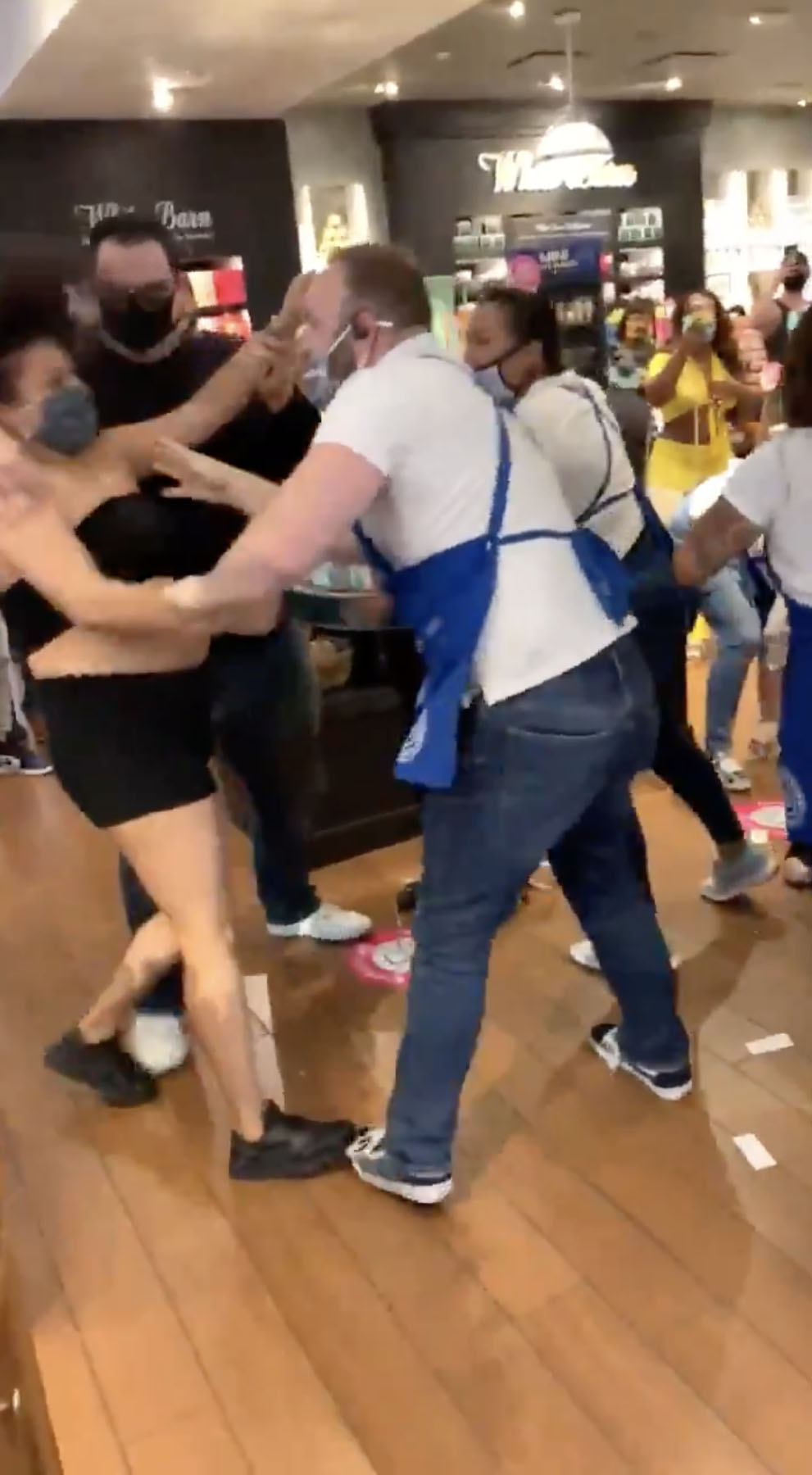 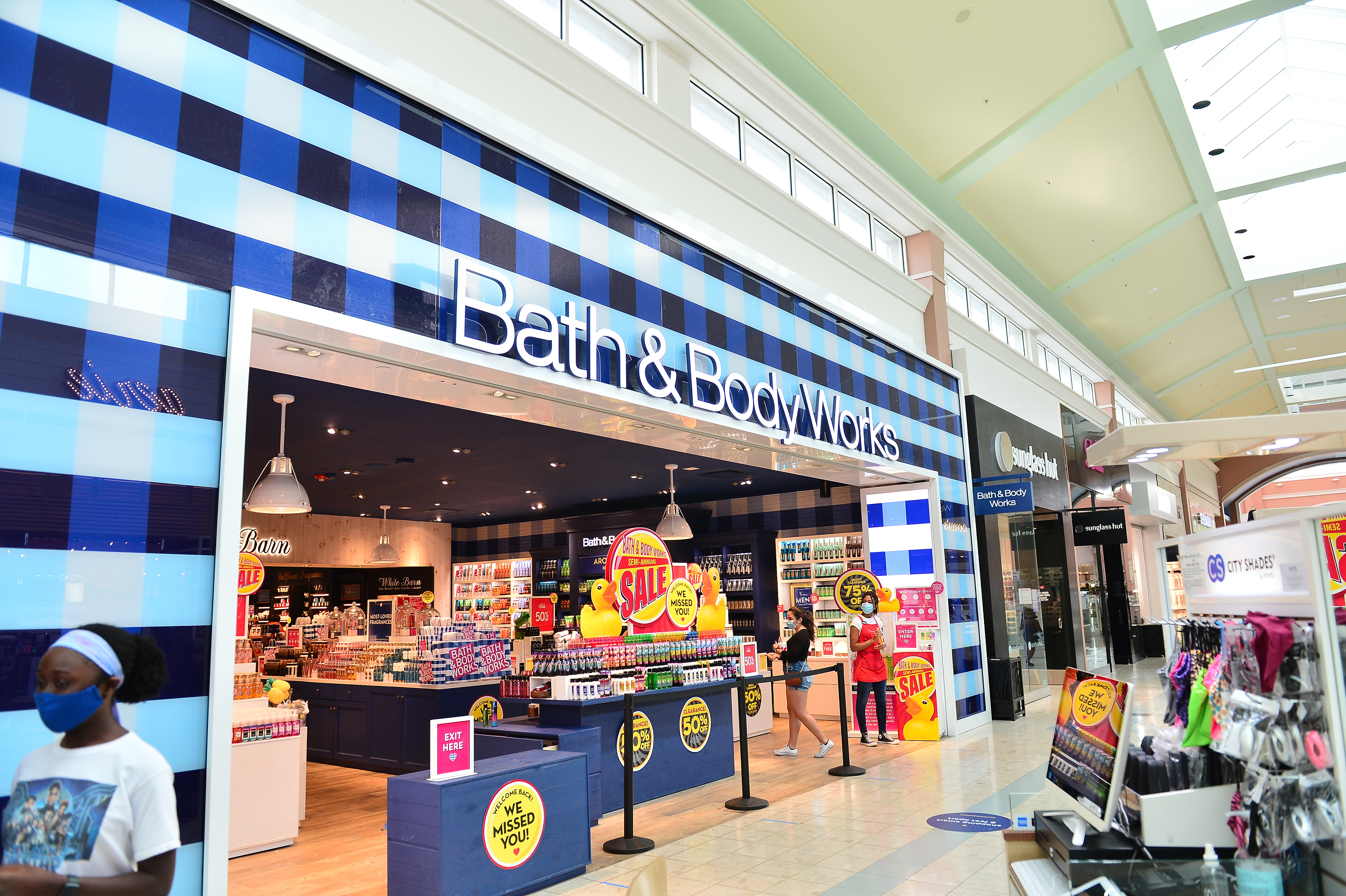 However, it is unclear who initiated the physical part of the argument- but mayhem unfolded when one person touched another.

At one point, four store employees were fighting to hold down an unruly blonde customer.

They ended up on the floor as one of the employees appeared to help their colleague – and while doing so, took led all the women to the ground.

Also in the stress-inducing footage, another woman – seemingly another customer – fought with a store employee. 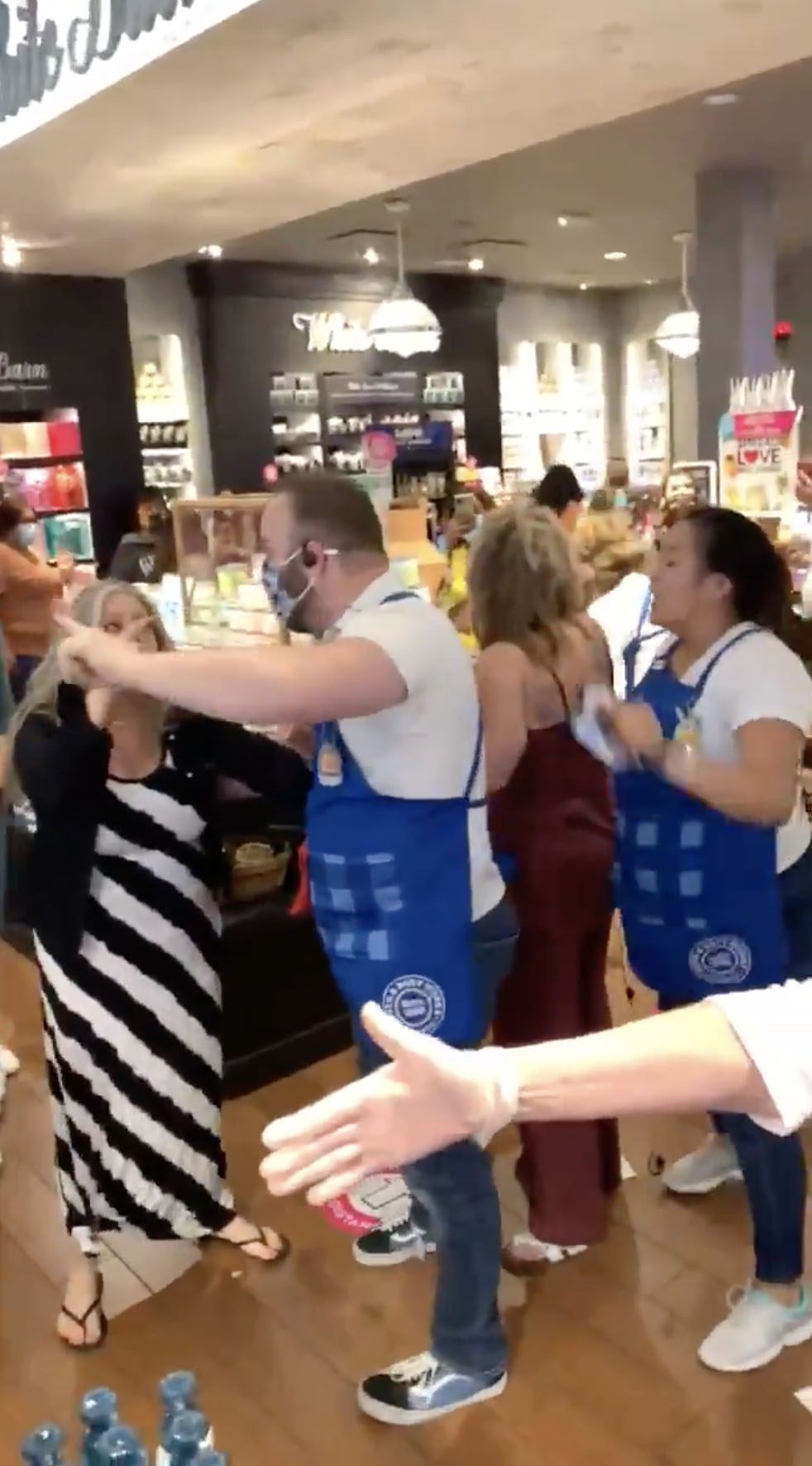 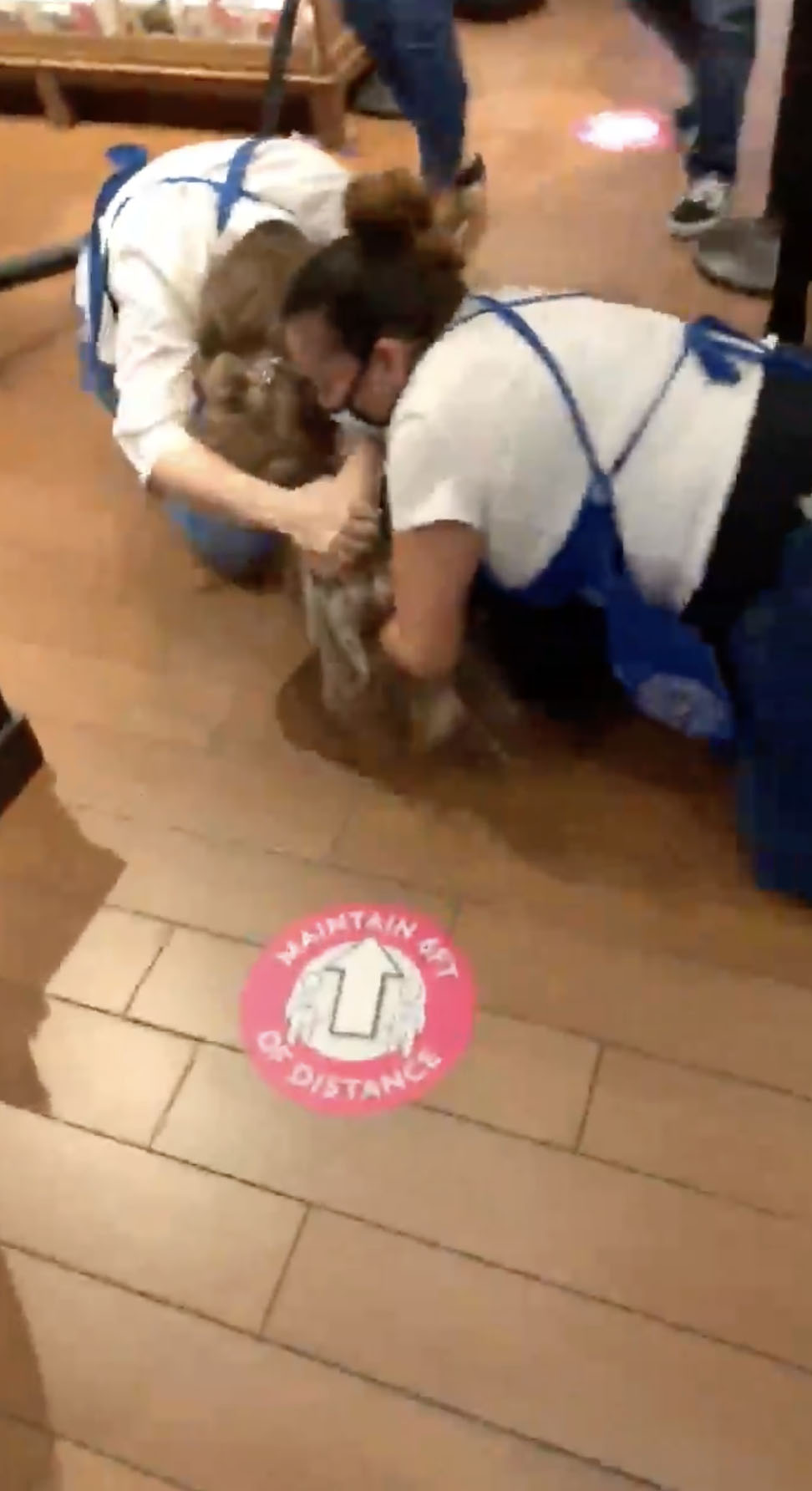 The crazed woman, wearing a black tube top, shorts, and sneakers, pulled the hair of the female employee and tried to fight her.

Moments later, a male employee steps in to separate the two and repeatedly yelling: "Out, now!"

As soon as the tube-top wearing brunette was led our of the store the male employee proceeded to yell at the blonde customer, wearing a black-and-white striped dress, to also "get out."

Another video, shared to YouTube, appeared to capture some of what unfolded before the wild arm swinging and hair pulling took place, TMZ reported.

The footage revealed the blonde customer was arguing with an African American woman.

At one point, the blonde woman was called "trailer park trash."