A BARRISTER who butted a junior female colleague has avoided being struck off.

Rashid Ahmed left her covered in blood on the ground after the drunken attack but a tribunal handed him only a three-month suspension. 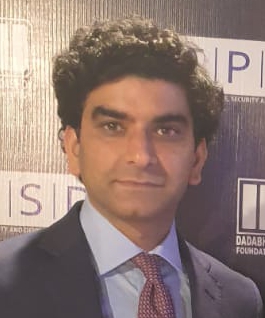 Ahmed, an immigration law specialist and deputy head of chambers in London, had to be restrained by passers-by.

He was convicted in court of the assault on posh King’s Road in Chelsea, West London, and got a community order.

But the Bar disciplinary panel decided against booting him from the profession after he admitted misconduct.

The tribunal insisted Ahmed was “not a risk to the public”, and had “shown insight”.

It insisted the incident was “the result of particular circumstances” after “an alcohol-fuelled argument over lunch”.

The Bar Tribunals and Adjudication Service heard how violence erupted between Ahmed and his unnamed victim after they had been for a meal together and talked about finances.

It started with Mr Ahmed throwing water and an ashtray before he was then seen “to grab her, shake her, push her up against a pillar between two of the shop windows”.

Ahmed then tried “one headbutt that missed”, and then “a second headbutt to her face”, making contact “just above her nose, close to the eye”.

A member of the public was still restraining Ahmed when the police arrived, and he was handcuffed after a short struggle. He spent 48 hours in a police cell after the incident.