People passing by the Hoxton Docks on the Regent’s Canal in London were treated to a stunning performance from two dancers from The Royal Ballet.

The classical duet between a male and female dancer was performed on a purpose-built pontoon at the Potemkin Theatre in East London.

Annette Buvoli and Harry Churches from The Royal Ballet were filmed on Wednesday evening as they practised for a socially-distanced show in the same spot in two weeks’ time. 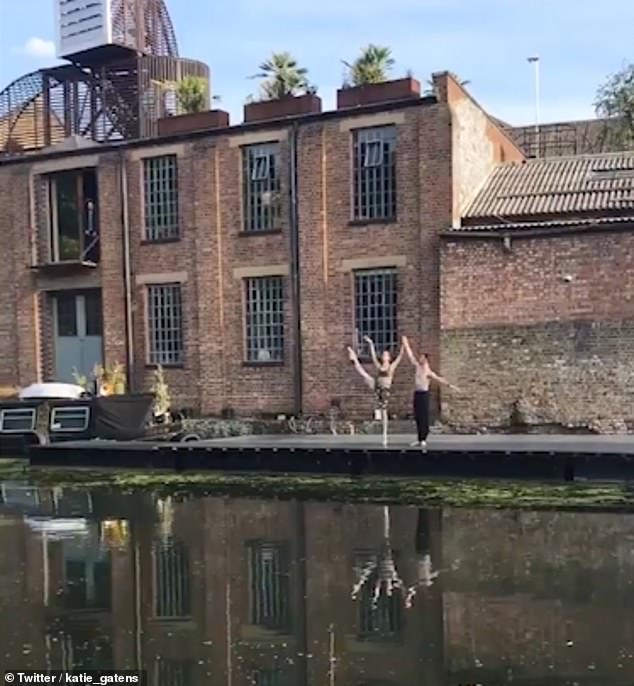 Dancers, Annette Buvoli and Harry Churches, from The Royal Ballet were filmed during practice on the Hoxton Docks along the Regent’s Canal in East London on Wednesday

A passing cyclist captured the pair dancing to Gabriel’s Oboe, by Italian composer Ennio Morricone – the theme music for the 1986 film The Mission.

Cyclists and walkers along the Regent’s Canal stopped to watch the surprise outdoor performance.

The video of the dancers was posted to Twitter and received over 600,000 views.

The Royal Ballet closed its doors to the public on March 17 and although some performances have been live-streamed, the building remains closed to live audiences. 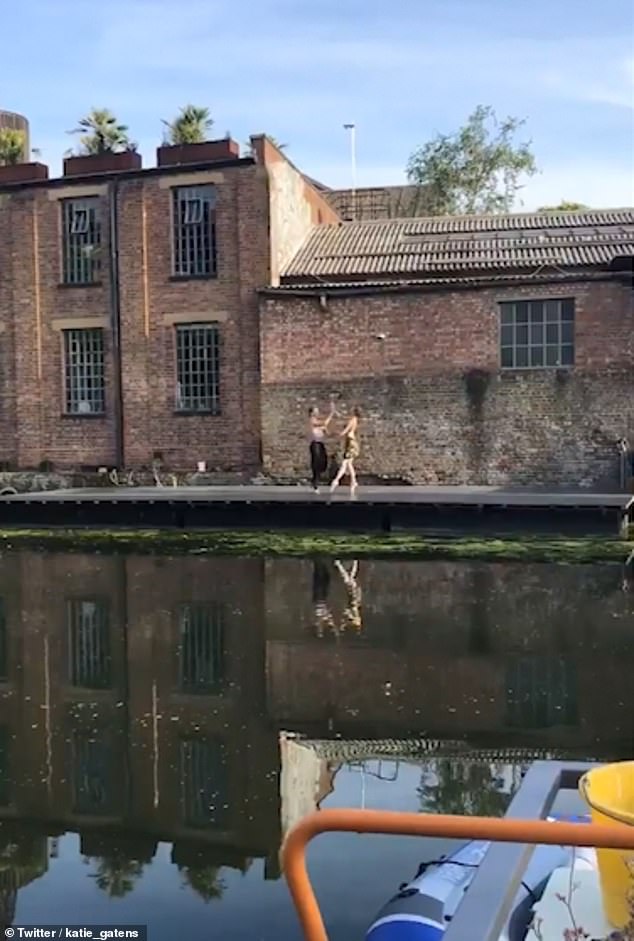 Annette Buvoli and Harry Churches were practising for a show with the group DistDancing, who advertise their public performances on Instagram.

Buvoli is American dancer and a First Artist at the Royal Ballet, while Churches is an Artist a the company and hails from Australia. 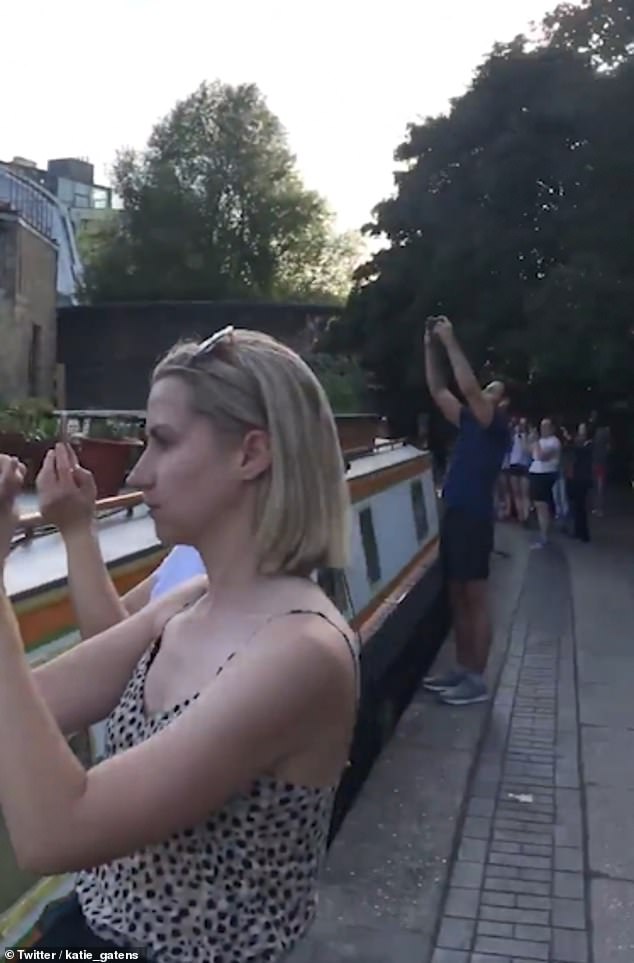 They have been putting on free outdoor live performances to audiences on the canal since the beginning of July.

The piece the duo in the video are dancing to is specially choreographed by Erico Montes for DistDancing and Hoxton Docks project.

Their next public performances are this Saturday, August 1 on the canalside at 3pm, 5pm and 7pm.

Dance companies have been finding novel ways to perform to their audiences since lockdown.

Russian dancers from the St Petersburg’s Mikhailovsky Theatre filmed themselves performing sections from famous ballets including Don Quixote and Giselle at home.

They incorporated household implements including a dinner plate, a saucepan and a spoon into the routines and shared the footage online. 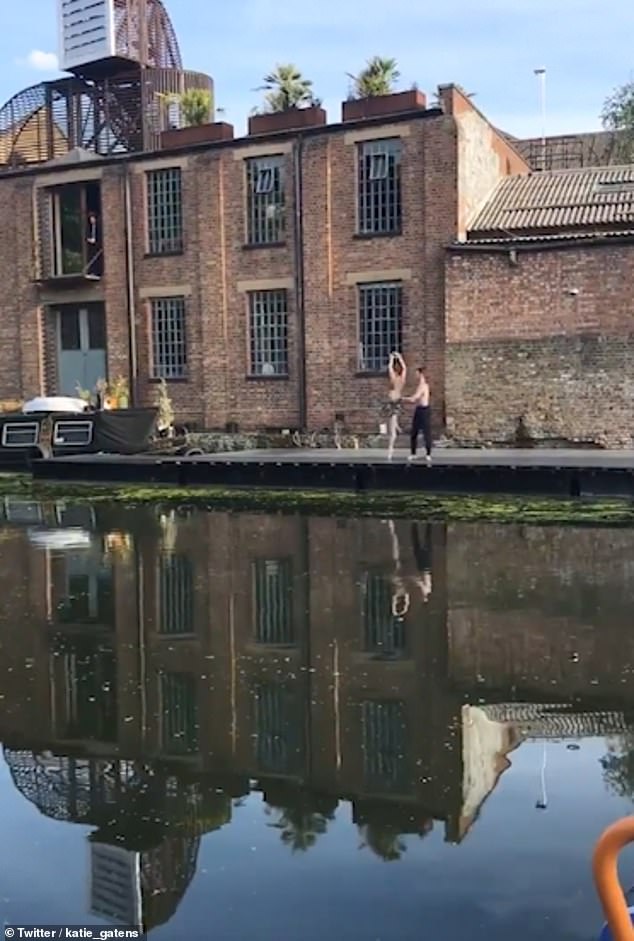 The Royal Ballet closed its doors to the public on March 17. The group, DistDancing, which includes dancers from the Royal Ballet, has been finding novel ways to perform to audiences since lockdown