Melbourne is a slow-moving outlier among other world cities in creating a green fleet of public buses and will become increasingly so while the state persists with lengthy trials instead of taking action, a leading researcher says.

Speaking at the 2020 Electric Vehicle Vision e-Conference on Friday, Michael Lord of Beyond Zero Emissions questioned why the Andrews government announced another electric bus trial in last week's budget when programs were already succeeding elsewhere in the world. 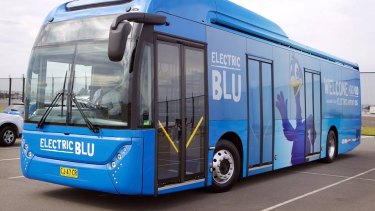 "As a think tank we don't like to be too political, but I find it funny we keep trialling technology that has already become established technology," Mr Lord told The Sunday Age after the conference.

The state budget committed $20 million for a three-year trial to "investigate solutions" to creating a zero-emission fleet.

The Andrews government has also acknowledged zero emissions across the public bus fleet was "critical to Victoria meeting its legislated commitment of zero net emissions by 2050".

But Victoria still has only one fully electric bus on the road. It has been on trial for more than 300 days and has saved 61 tonnes of carbon dioxide emissions. It is now in its second trial phase and running on Route 251 between the city and Northland Shopping Centre.

"Even Moscow has 500 electric buses, and [Russia's] not a country generally known for it's environmental action," Mr Lord said.

No Australian city is among the 35 current signatories – including Paris, London, Los Angeles and Auckland – to the Fossil Fuel Free Streets Declaration, which commits them to procuring only zero-emission buses from 2025.

But Mr Lord said this did not mean Australian jurisdictions were standing still.

"There are some really good developments," he said. "The ACT has announced a purchase of 90 electric buses and has a plan for the elimination of diesel buses by 2040. Brisbane is buying 60 electric buses.

"And the biggest move in terms of scale is the NSW government working on a plan to switch its 8000 buses in the state fleet. It doesn't have a timeline set in stone but it's consulting on how to do that."

An Andrews government spokeswoman said Melbourne's single-bus trial could not provide a network-wide estimation of costs or passenger capacity.

The $20 million Zero Emissions trial would, on the other hand, better inform the government about infrastructure and stock requirements for a green fleet and also the local manufacturing opportunities that could arise along the way.

Mr Lord said electric buses had lower operating costs than diesel models but were 30-40 per cent more expensive to buy. He believed prices would reach parity within the decade.

"The average age of an Australian bus is higher than the world average, so there is also that case for more rapid decommissioning of existing buses," he said.

The climate change think tank has called for Australian governments to build 18,000 electric buses to both expand services and replace 30 per cent of the nation's ageing diesel-fuelled fleet.

Doing this would not only reduce harmful emissions, but create 19,000 jobs across the production line by the fifth year of the program, according to BZE's Million Jobs Plan, released in June.