AN ANTI-VAXXER mom was arrested and handcuffed in front of her "stir crazy" kids during a playdate protest over Idaho's stay-at-home order.

Sara Brady, 40, was nabbed for alleged trespass when at least 35 children and mothers met at a Meridian park, say her vocal supporters. 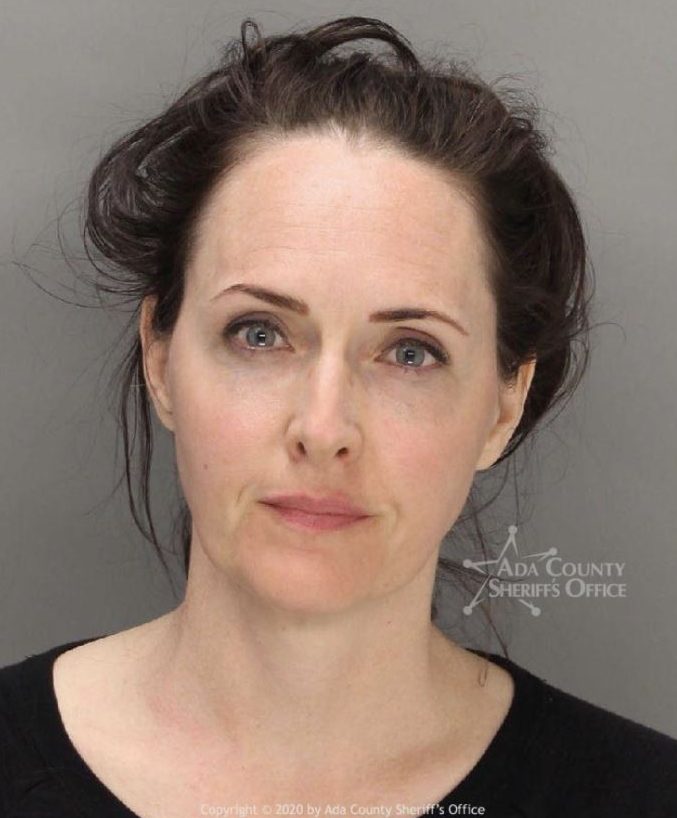 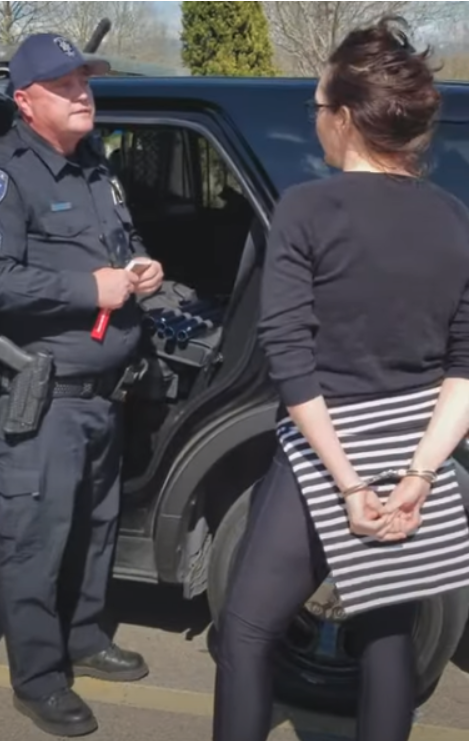 She runs anti-vax group Idahoans for Vaccine Freedom, according to the Idaho Statesman.

Meridian police said that when cops were called to Julius M. Kleiner Memorial Park on Tuesday afternoon they tried to clear protesters from the area, which has been officially closed since March 23.

It's alleged that caution tape surrounding the playground gear was ignored, and kids were allowed to climb on the structures, close to each other.

The anti-vax group said: "Rational mothers realize that imprisoning our children inside our homes is detrimental to their health and wellbeing.

"The weather is beautiful and the kids are stir crazy."

Claiming the home order “isn’t even constitutional”, the group said that, “a few like-minded mothers decided to plan a park date at a 58-acre park in Meridian Idaho.

“It was a planned play date by mothers that everyone going knew was against the governor’s ‘stay at home’ orders.” 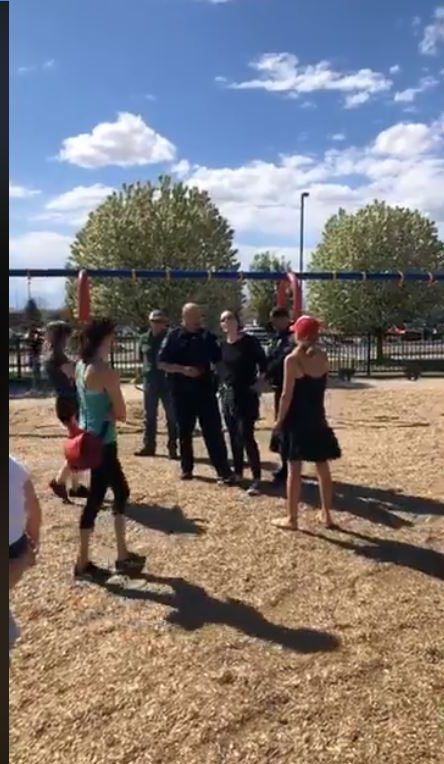 Despite the ban, “at least 35 mothers and children” met up at the park to allow the kids to ride on their bikes, while their parents chatted.

But, the group explains, “the kids inched closer and closer to the playground, that was previously roped off with caution tape.

"Eventually, giggles and grins won out, and the children were climbing the structures, swinging on the swings and enjoying the sunshine, exercise, and simply being kids.

"That was until the snitch called the police anxious to report a crime – children on the playground."

When the cops arrived "and ushered everyone off the playground", the kids started "crying" and moms "protested".

The group said that, "one mother, in particular, Sara Walton Brady, wanted to know the law/statute they were enforcing that kept these kids off the play structures but allows them in the grass and sidewalks.

"Moments later, Sara, a mother with four young children, was arrested, in front of her kids, and all the other children and mothers at the playground."

After her arrest for allegedly trespassing on a closed playground, the children began chanting “let us play”.

Sara was booked into Ada County Jail and released after posting $300 bond.

Within 90 minutes of her arrest, "hundreds of upset Idahoans showed up at Meridian City Hall to protest her arrest and ask for her release", blocking traffic, the group added.

In a press release, the cops said: “These are very trying times, and the Meridian Police Department supports the public’s right to assemble for peaceful protest.

"However, the right does not include damaging public property or ignoring closures of city property and facilities."

Sara is booked to appear in court on May 29.

The playdate protest comes a few days after more than 1,000 protesters gathered at the Idaho Statehouse in defiance of Gov. Brad Little’s extension of the statewide stay-at-home order.

Little announced last Wednesday that the order would extend to the end of April to help slow the spread of coronavirus.

However, he lightened some restrictions so nonessential businesses could begin providing curbside service.

The news was met with outrage by some members of the far-right in Idaho, and prompted some libertarian, gun-rights and anti-vax organizations to order members to defy the extension.

Similar protests have been held across the country, with groups pushing back against stay-at-home orders in places like Michigan, Texas and Virginia. 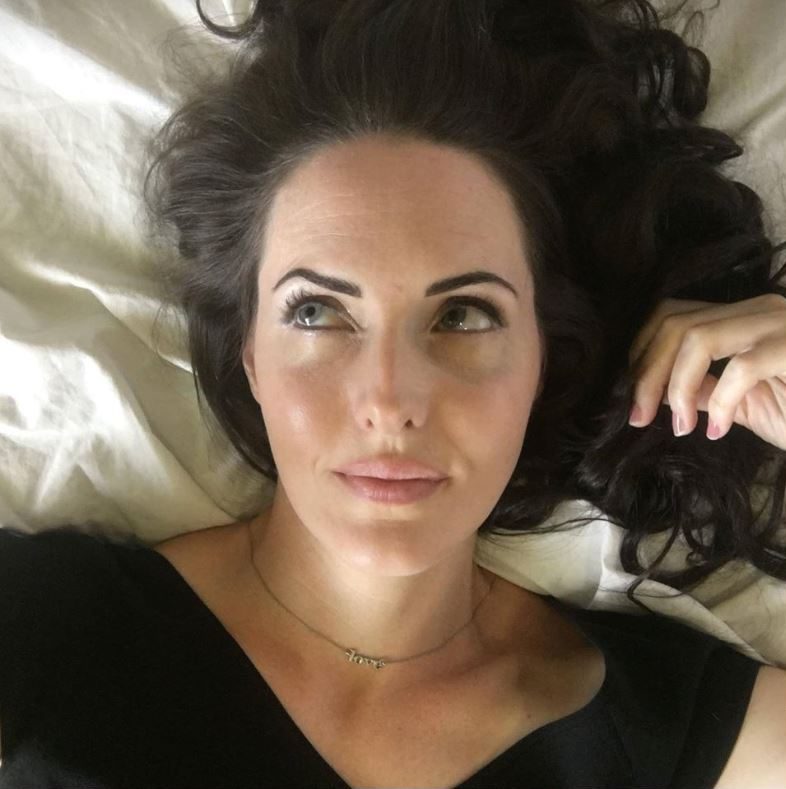 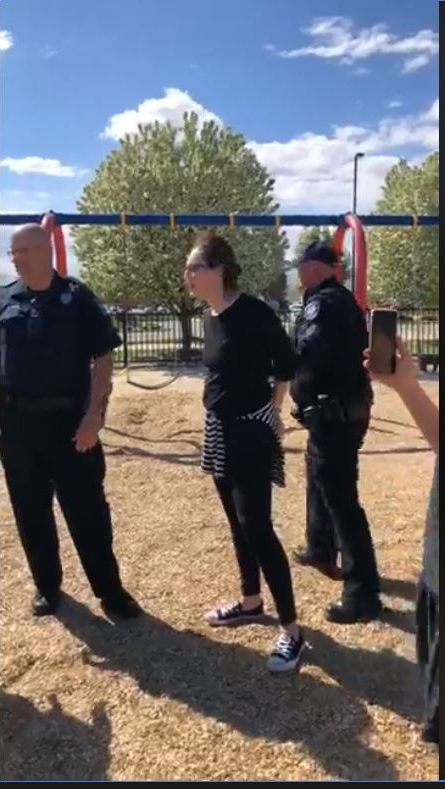 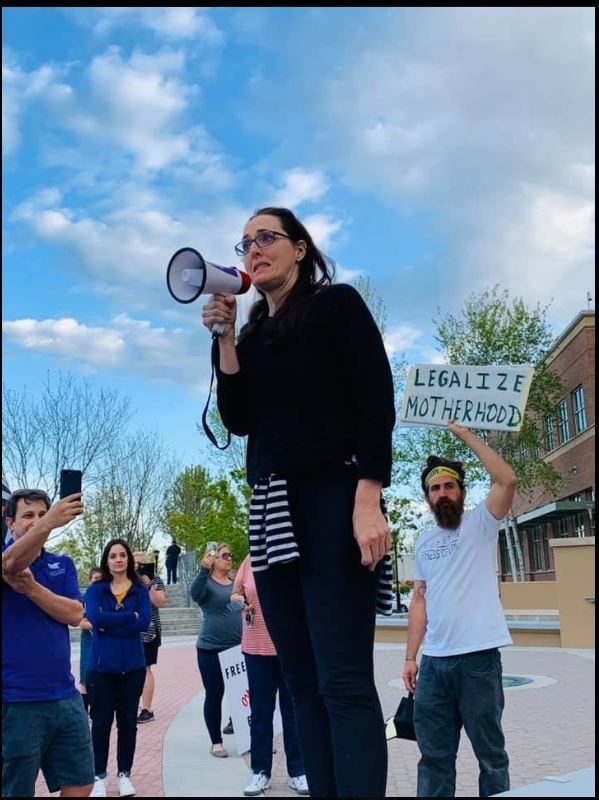