Betty White turns 100 in January, and a new book celebrates the milestone by compiling that many highlights from the TV legend’s 10 decades of life.

“Betty White: 100 Remarkable Moments in an Extraordinary Life,” by Ray Richmond, pairs dozens of photos with reminiscences from those who worked with White on shows like “The Mary Tyler Moore Show,” “The Golden Girls” and “Hot in Cleveland,” and stories about her marriage to Allen Ludden and her animal advocacy.

“She’s just a remarkable human being and a remarkable entertainer, more so than anyone we’ve ever seen,” Richmond told TODAY.

Richmond said while researching the book, he discovered that there are more facets to her career than most fans realize.

“We think she’s the sitcom queen, but she’s had so many different lives,” he said. “Sitcoms, game shows, soap operas, drama, made-for-TV movies, live variety. She has done virtually every genre there is to do in television. So when people say that she’s, you know, the first lady of TV, it’s no idle boast.”

Richmond chatted with TODAY about five of the book’s revelations. 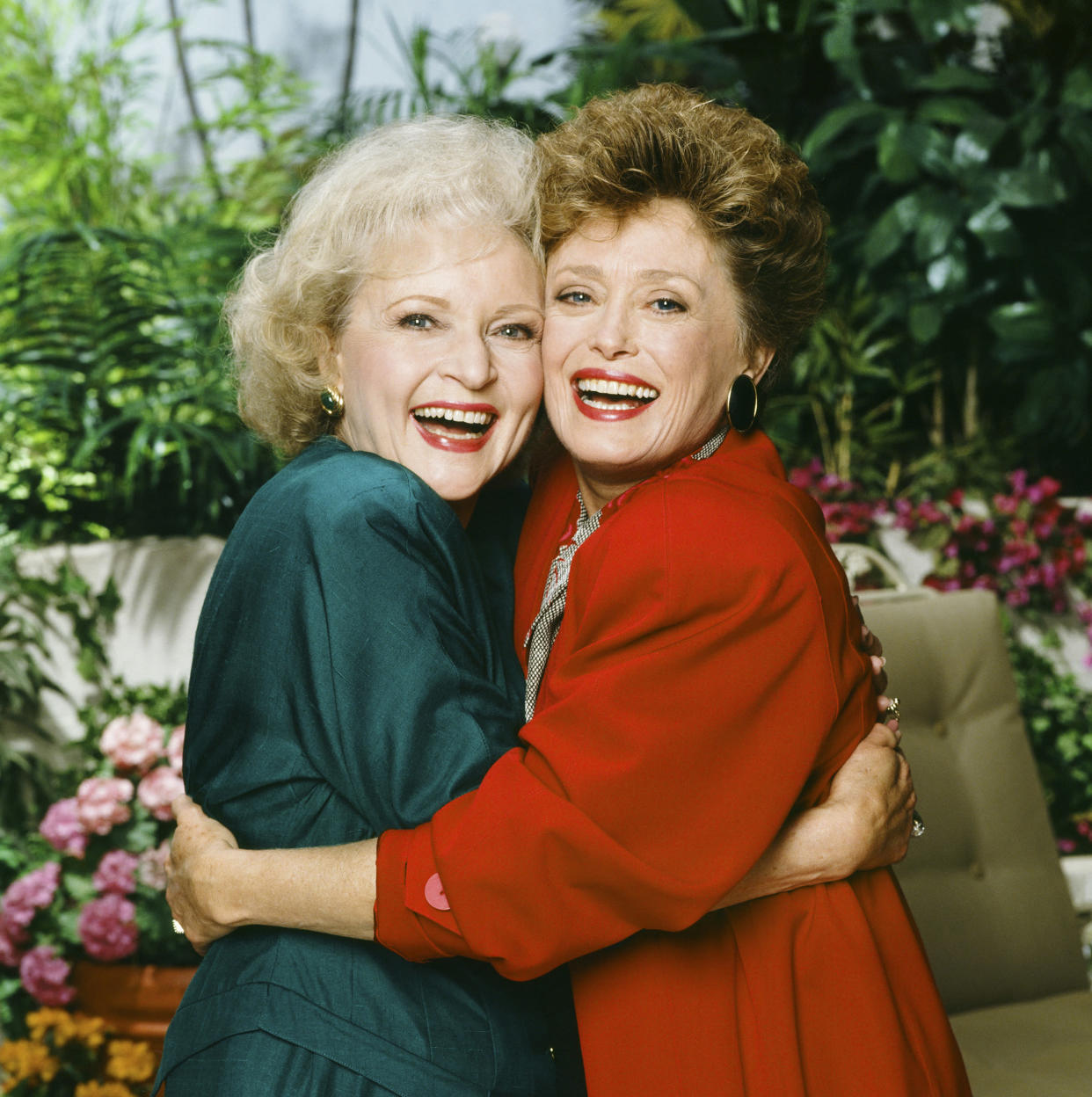 Betty White was almost cast as Blanche on ‘The Golden Girls’

When director Jay Sandrich was hired to helm the “Golden Girls” pilot in 1985, he initially thought of White — who’d previously played the saucy Sue Ann Nivens on “The Mary Tyler Moore Show” — for Blanche Devereaux. But when Rue McClanahan read for the part of Rose, it wasn’t quite working. After McClanahan returned to audition as Blanche, with the character’s signature Southern accent, Sandrich persuaded White to play the dimwitted St. Olaf native instead.

“It probably wouldn’t have worked if anybody but Betty played Rose, because she is the one member of the main cast that didn’t have punchlines that she could just pass out,” Richmond said. “It was all in the way she created the character. It was all underneath. She had to project a realistic, you know, kind of version of a woman who was naive and unable to always understand what was going on. And it took a lot of different skills, comedic skills and dramatic skills at once to pull off Rose. And it’s incredibly difficult in hindsight to imagine anyone else doing that role. When you look at her now, you can see just what’s going on in Betty’s eyes, that she’s doing this. And that’s the thing, she’s not always as fully appreciated as a great talent as she really is doing what she does. She makes it look easy, but it’s always been incredibly tough. And that’s the mark of a great performer, someone who makes it look as simple as she has.” 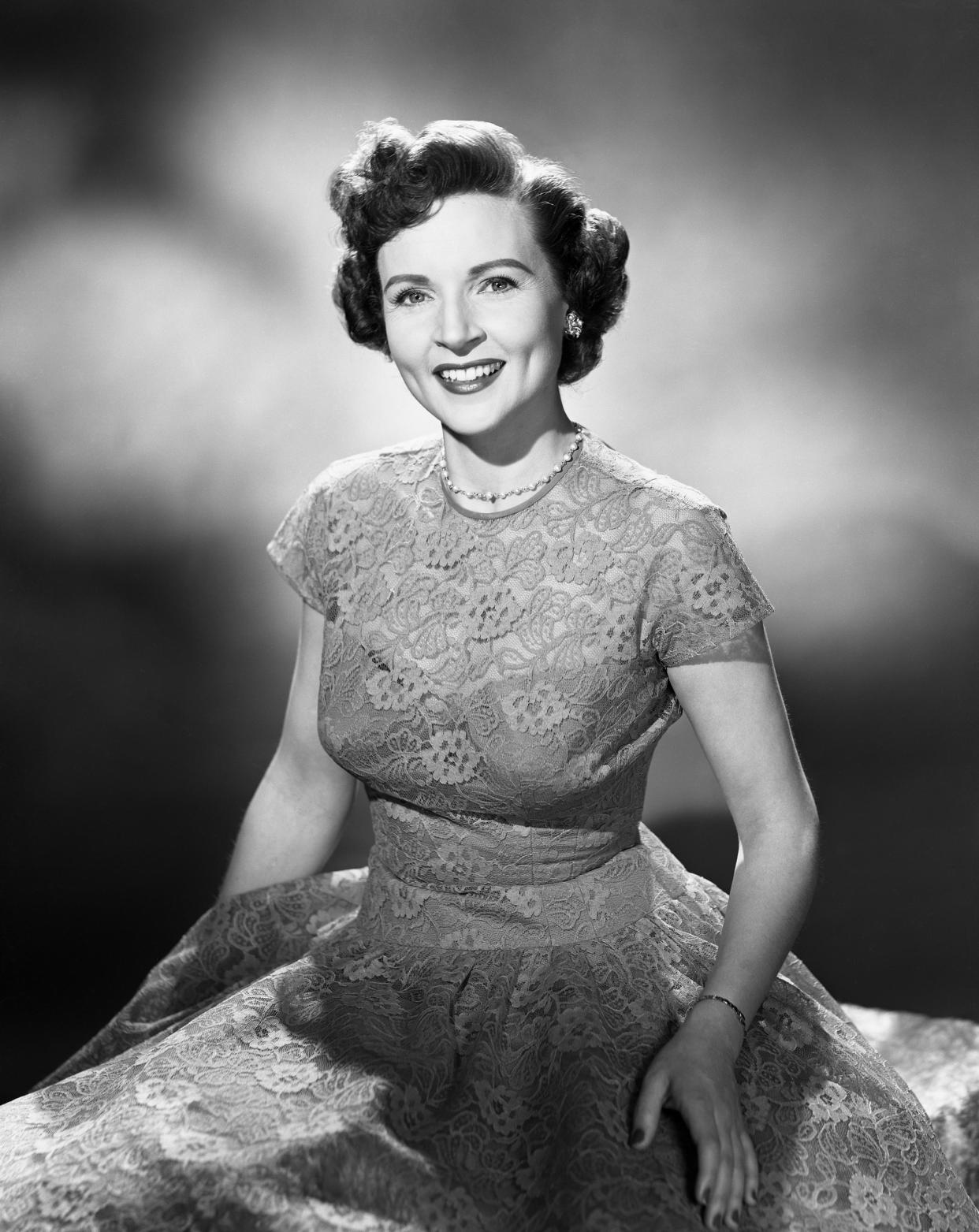 White was the first lady of TV — literally

After graduating from Beverly Hills High School, White was invited to appear on an experimental television transmission, singing the operetta “The Merry Widow,” in February 1939 — two months before RCA’s broadcast at the New York World’s Fair marked the start of regular TV programming in North America.

“Betty actually started out doing radio ads, and didn’t think she had what it took for television,” Richmond noted. “But, you know, her ascension really paralleled the ascension of TV and the pioneering of TV itself, because the camera loved her. I mean, she just sparkled on camera and audiences ate it up. From doing one of the first situation comedies, “Life with Elizabeth" (in the early 1950s), she also did something just completely remarkable in the early days of TV. There was no such thing as, you know, filming or videotape or anything like that. Everything was just live, including commercials. There were no recorded commercials. So she would sometimes do a 5 1/2-hour live broadcast called “Hollywood On Television” in Los Angeles. This is in ‘49 and ‘50 into 1951. They didn’t even have breaks. I mean, if she had to use the restroom, she would say, ‘I’ll be right back,’ and there would be nothing on camera while she’d go run to the bathroom.

“So when people were just amazed that she could do this ‘Saturday Night Live’ hosting gig live, I mean, that was only 90 minutes. That was like duck soup compared to what she was used to back in the day.” 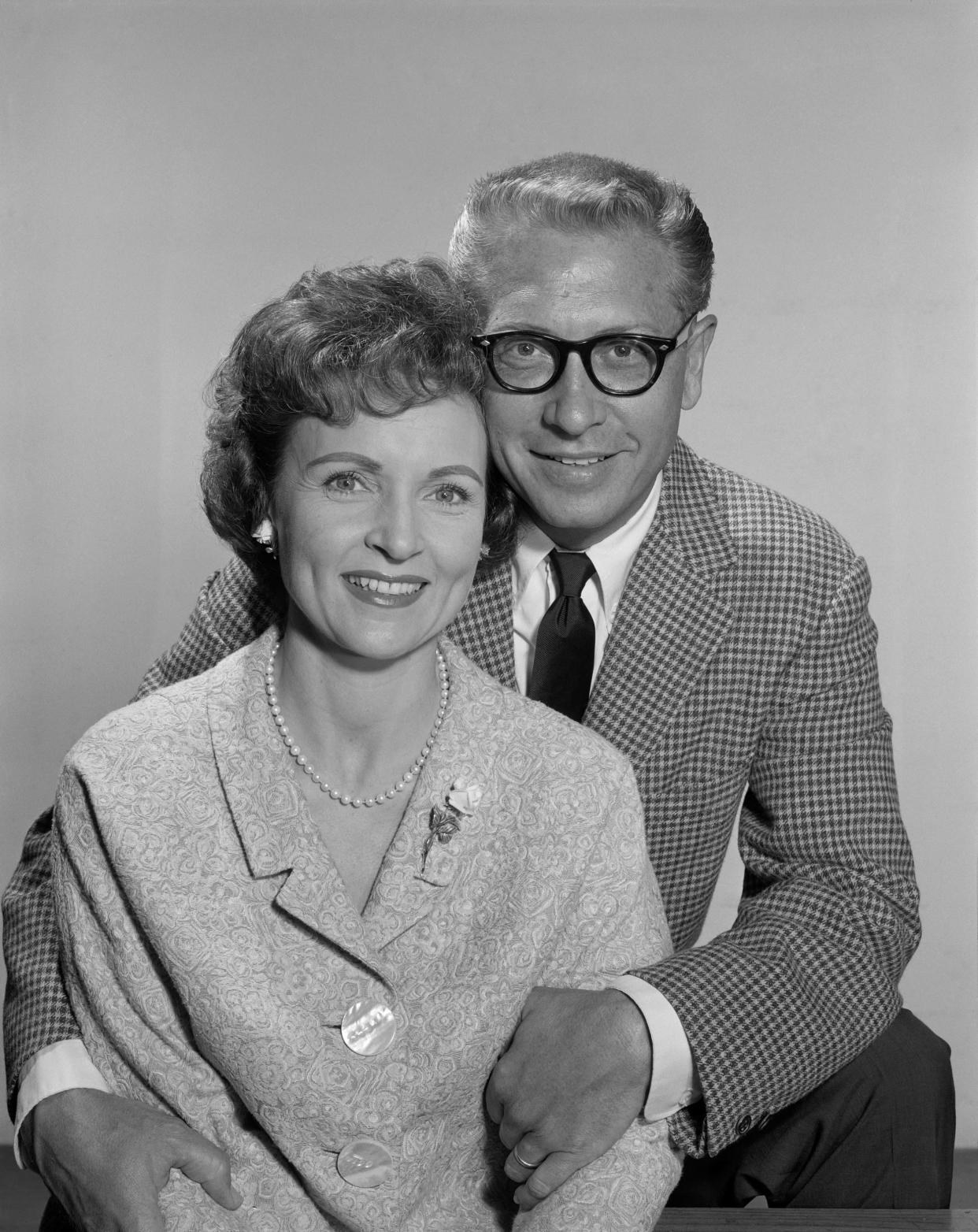 White had been divorced twice when she appeared on the game show “Password” in 1961, hosted by the recently widowed Ludden. While Ludden pursued White, she initially turned down his numerous marriage proposals. Ludden wore the engagement ring on a chain around his neck for three months, and White finally accepted his proposal after he sent her a stuffed bunny adorned with diamond earrings.

“To this day, she’ll tell you that the only real mistake she ever made in her life was making Allen Ludden wait a year before saying yes,” Richmond said.

“By all accounts, she just had no interest in getting married again,” Richmond added. “She had two failed marriages early in her career with men who didn’t understand her devotion to acting and career. You know, who wanted her to stay at home and cook and be the dutiful wife, and she had no interest in that. And Allen understood that and didn’t want that. He was a showbiz guy himself and wanted a wife who is going to be happy with whatever she did in her life, would support whatever she did, and bicoastal, they had houses on both coasts, and you know, it was just a lovely relationship. It lasted 20 years (Ludden died in 1981) but Betty will tell you that was, like, 30 years too few.” 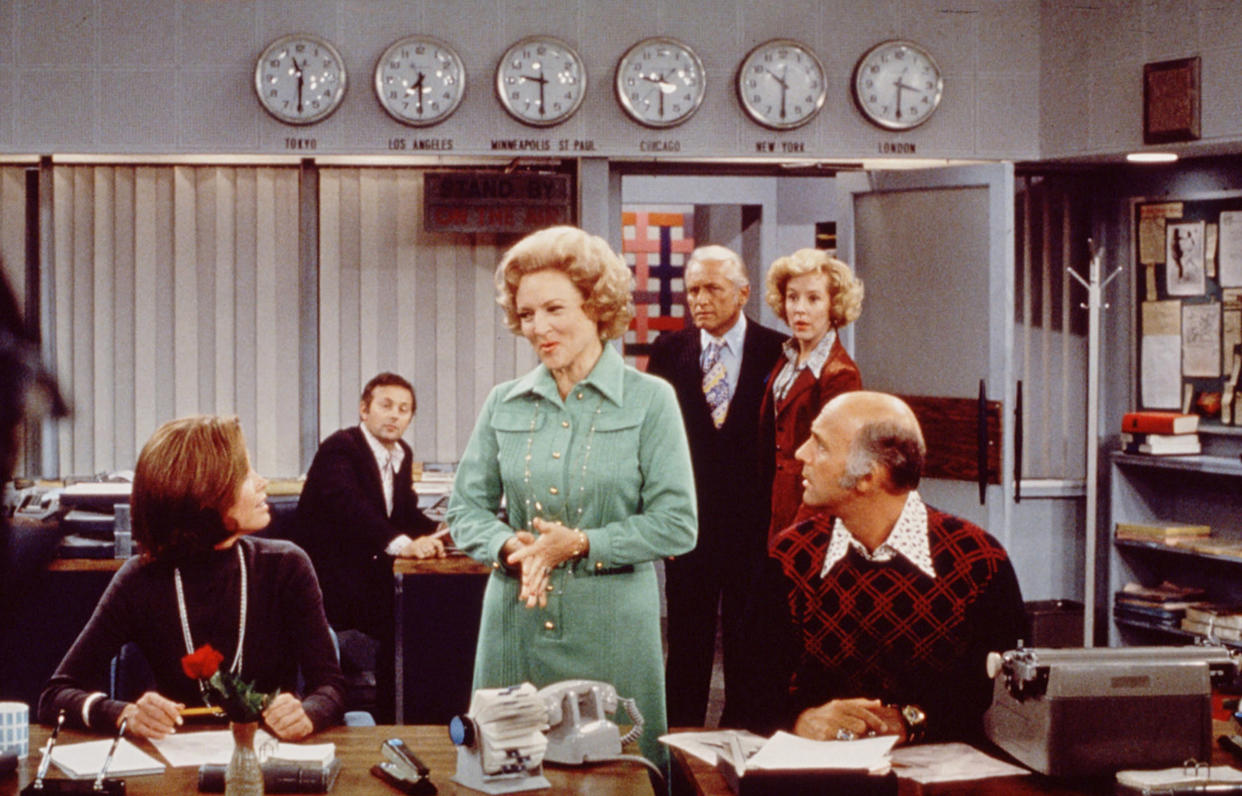 Betty wrenched her back filming ‘The Mary Tyler Moore Show,’ and never flinched

A foreword written by her “Mary Tyler Moore Show” co-star Gavin MacLeod before he died in May 2021 recalls a night filming the show in front of a live audience when he was supposed to lift up White and plop her on top of a wedding cake.

“She was unable to function for weeks afterward,” said Richmond. “But she didn’t flinch during the scene. She was able to get through and she knew that they only had one cake. They couldn’t do it again, because they only had one cake exactly like that. And she just soldiered through, despite the fact that she was in just wrenching, searing pain. soldiered through, kept going. And I mean, the woman has a work ethic second to none. “ 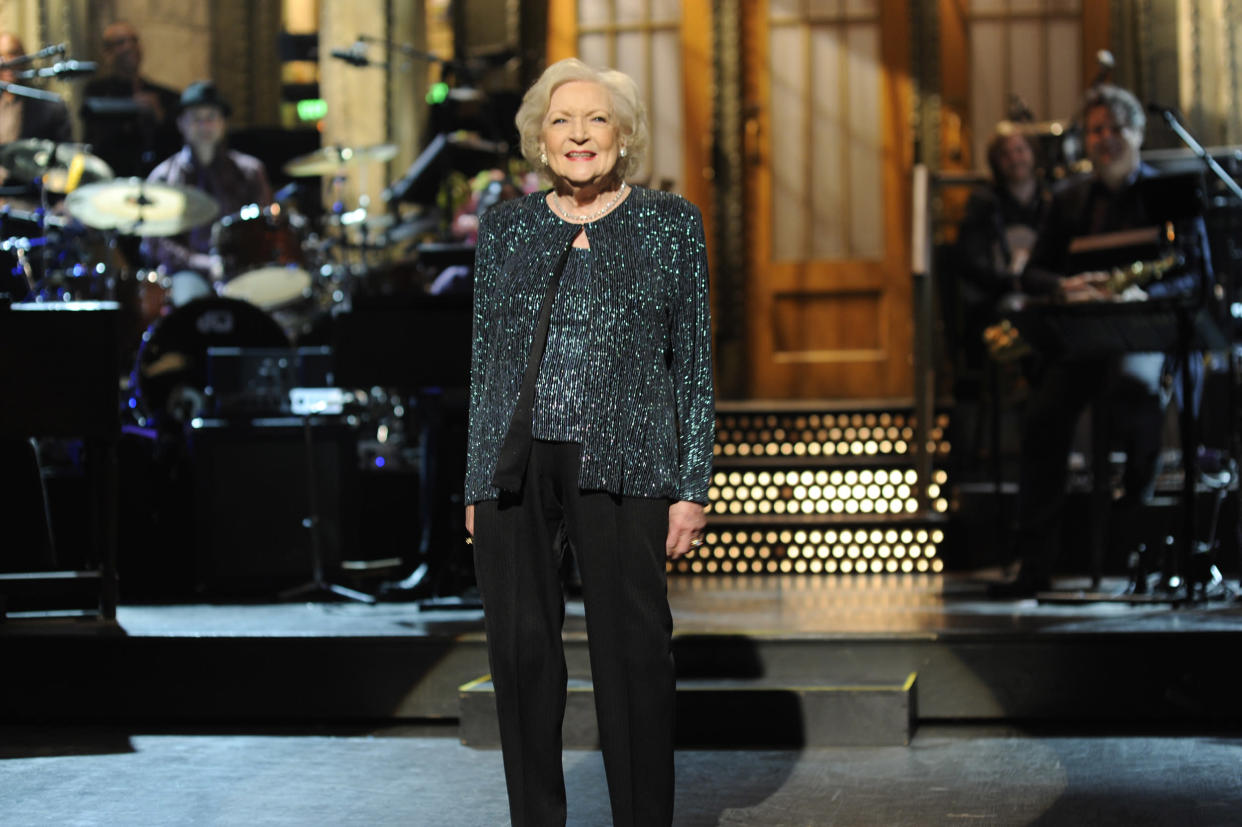 As Betty approached 90, her career was hotter than ever

In 2010, White starred in a wildly popular Snickers ad that aired during the Super Bowl, and became the oldest person ever to host “Saturday Night Live,” at the age of 88. She went on to co-star with Valerie Bertinelli, Jane Leeves and Wendie Malick on the TV Land sitcom “Hot in Cleveland” and host NBC’s hidden-camera comedy series “Betty White’s Off Their Rockers.”

“I think the way Betty redefined getting older in Hollywood was that it doesn’t have to stop,” said Richmond. “Everyone thinks when you hit your 80s, OK, you got to pack it in. You’re going to call it a career, because that’s what’s expected of you. You know, maybe you have a cameo once in a while in your 80s, but no one has ever gone into their 90s. So, she has shown that if you have three different lives, three different careers, three different segments of a career, the last one of your life can be maybe the greatest.

“You know, that it doesn’t have to stop when you’re 65, and even 70 years old, you can go into your 90s and as long as your head is clear, and your energy is there, you can continue to do everything you used to do before.”