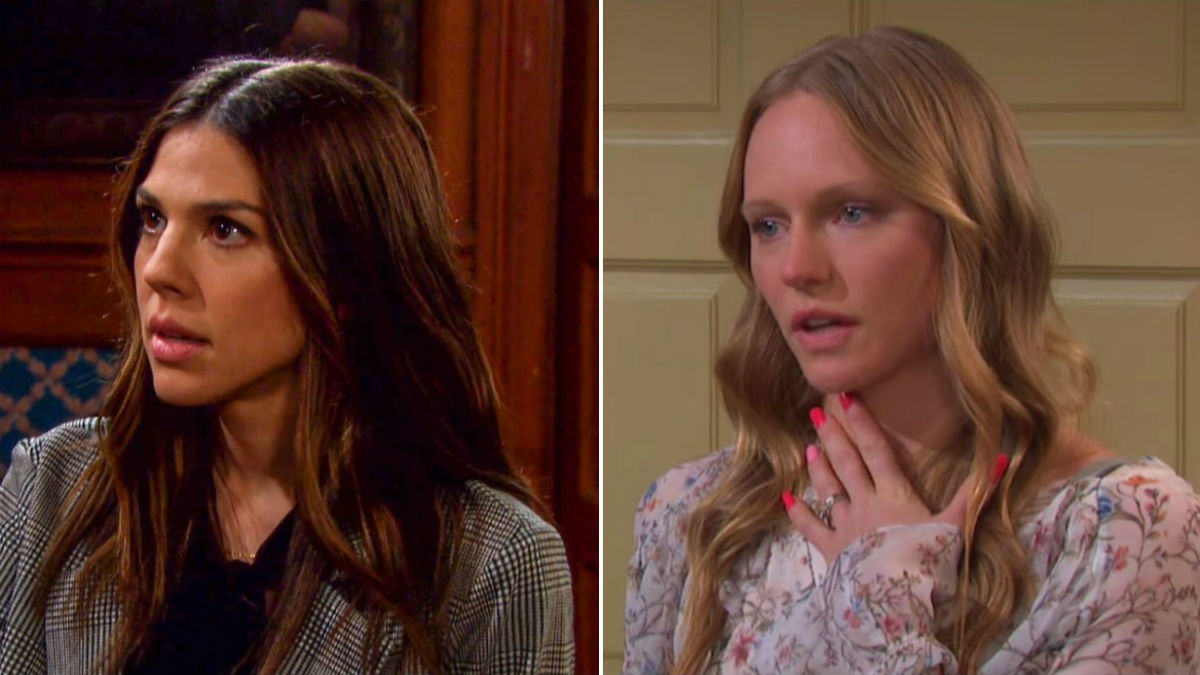 What happened to Abigail on Days of our Lives? That is the question on fans’ minds after a new, yet familiar, face appeared on the role.

There has been an Abigail switcheroo on the hit NBC soap opera. After a couple of months of seeking treatment in Florida for being drugged with a hallucinating medication, Chad’s (Billy Flynn) wife is home. She has a whole new look, but one that Days fans also know quite well.

Marci Miller has stepped into the role of Abigail once again after Kate Mansi decided to leave the daytime drama, yet again.

Why did Kate Mansi exit Days of our Lives?

Kate took over the role of Jack (Matthew Ashford) and Jennifer’s (Melissa Reeves) daughter in 2011. She quickly became a fan-favorite, but in 2016, Kate decided it was time to take her career in a new direction.

The actress said good-bye to daytime television and her family on the NBC soap opera. Kate returned in briefly in 2018 when Days of our Lives was in a bind to finish a pivotal story regarding Abigail. She also appeared in the digital series, Chad & Abby in Paris, in 2019.

Kate shocked fans when she returned to Days after the time jump in November of last year. However, the actress had only agreed to a short stint, due to the story involving Jennifer and the infamous year flash-forward.

The talented Marci Miller replaced Kate in 2016, but not all fans welcomed her with open arms as a recast. It is common for fans to take a little while to adjust to a new actor or actress in a role.

Marci abruptly left the role of Abigail in 2018, leaving the show scrambling. There was no specific reason given for her sudden exit.

Considering the way Marci left Days of Lives previously, it was a bit of a shocker when it was leaked that she returned to the soap opera. Neither the actress nor the show is revealing how long Marci and Abigail plan on sticking around Salem.

Fans know there have been many cast changes, including a mass exodus of cast members and shocking returns. Many characters are leaving the canvas in the next few weeks, while several fan favorites are coming back before the end of the year.

Marci Miller stepping into the role of Abigail DiMera is simply the latest switch up on the show.

What do you think of the Marci replacing Kate Mansi again?

Days of our Lives airs weekdays on NBC.