Wayne Brady is a busy man. The Let’s Make A Deal host is fronting Fox’s new entertainment format Game of Talents, features in Showtime pilot American Gigolo, sold a sitcom to CBS, has a dramedy in the works at Paramount+ and is working a slew of non-scripted projects in various stages of development.

“All of these things are here but it’s like being a fisherman and you’ve got all of your lines cast and I’m just waiting for the ripple in the water,” he tells Deadline.

Brady tells Deadline why he decided to host Game of Talents, how he’s excited about being an exec producer on the Fremantle-produced show and what he’s up to with his production company A Wayne and Mandie Creative.

Game of Talents, which launches on Wednesday March 10 at 9pm, sees contestants attempting to guess the performers’ hidden talent, based only on their first impressions and a few wily clues. It mixes a large-scale variety show with a high-intensity investigative game. 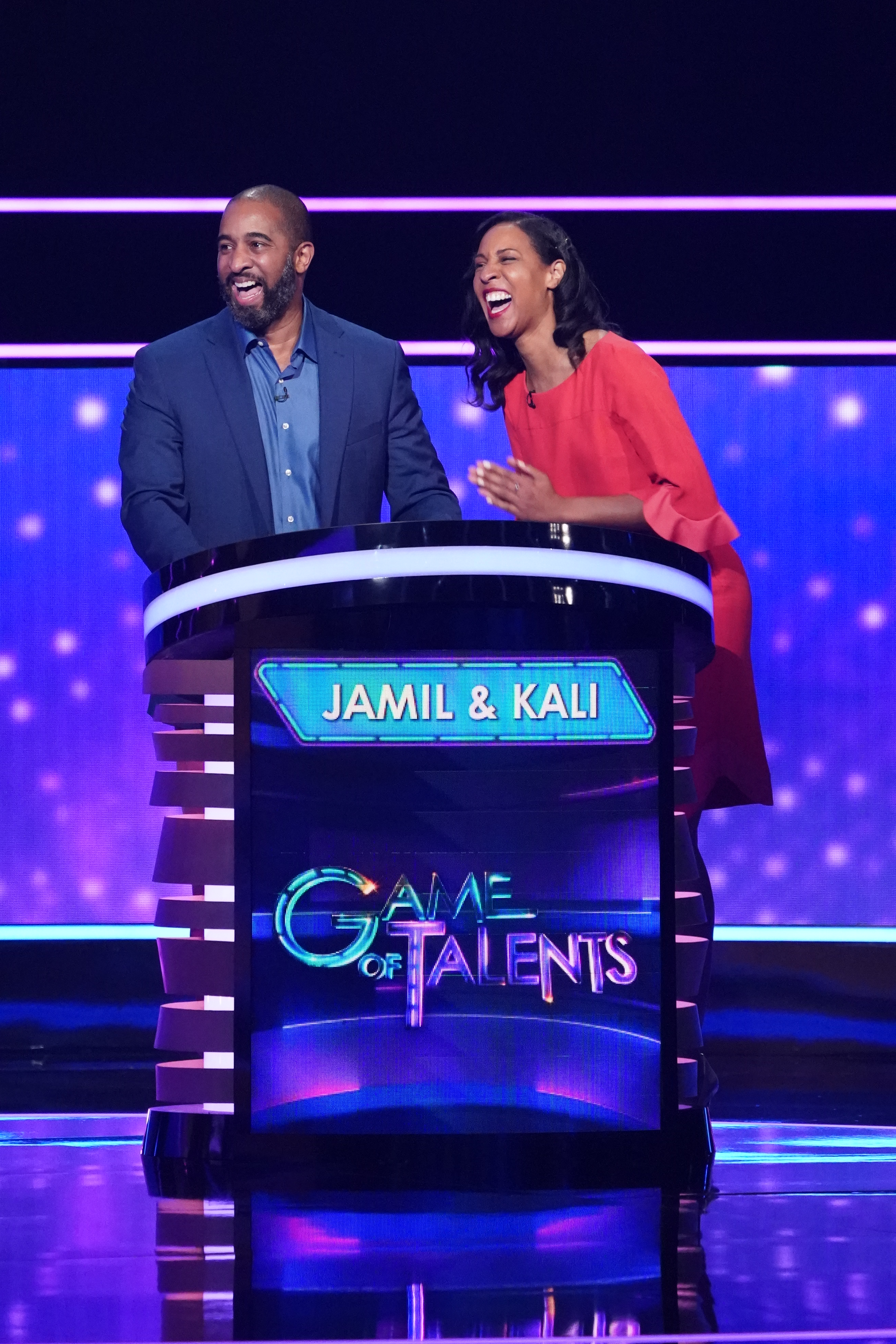 Brady, the winner of season two of Fox’s The Masked Singer, says, “I’m a fan of any show that puts a spotlight on talent, that lets people be seen and do their thing. When I saw the format, which was part America’s Got Talent, part game show, I thought those are two places that I’ve got a foothold in and that I understand well.”

With a cash prize of $200,000 on line, contestants must spot the fire dancer from the spider wrangler or the chainsaw juggler from the contortionist. He says that he’s the “good traffic cop” of the show. “There are so many talents in this show that when they’re revealed I can’t do them, I could never do them. I freak out about it. I say ‘How did you swallow that sword or you’ve got flaming knives or you can slam-dunk’. I genuinely get excited like a fan. Those are things that I get brought into but I’m all about setting up the talent and making the contestants look good so that it’s their game, it’s their show, it’s their time to shine.”

There have been few breakout non-scripted global hits over the last decade, which has led to producers looking further afield for new ideas. Game of Talents is based on a Spanish format and comes from Fremantle’s partnership with Mediaset España.

“We’ve seen America’s Got Talent, American Idol and The Voice. We’ve seen every different iteration of it under the sun, but to be able to put talent with game, that’s going to be a game changer, pardon the pun. That’s going to be the thing I think that people are going to start doing variations on that and that’s so exciting to be part of the vanguard,” Brady said.

One of the few international formats that has broken out is The Masked Singer and Fox has capitalized on that with the spinoff The Masked Dancer. Mystery, it seems, is at the core of new Fox. “Fox has definitely found their lane,” he said. “They’ve definitely found the lane in terms of mystery because people are naturally and innately curious and in fact I’d go a step further and say they’re nosy, we always want to find out what’s behind the curtain. Any show that has us guessing, that we can compete at home, where you can guess it before the judges, coupled with the pandemic and the fact that people need something to occupy their minds, to take their minds off of the flaming pooh show that 2020 was and ongoing fight with the virus and the economy, mysteries offer a wonderful distraction.”

Brady has received multiple offers to host other formats, but he says with his gig on Let’s Make A Deal, there was no rush to host anything else. The thing that persuaded him to sign on to Game of Talents was the exec producer credit. “To be able to put my two cents in, that’s a different issue so to be able to do both on the same project that’s something that I really, really loved.”

Brady runs A Wayne and Mandie Creative with his ex-wife Mandie Taketa and it’s an area of the business that he’d like to ramp up. “You can only be the on-screen person for so long. I’ve always been of the mind that one day I want to be part of the creative conversation when it comes to what I’m doing on camera as well.”

He has a number of scripted and unscripted projects in the works.

On the scripted side, he is developing one-hour dramedy Barstow AF at Paramount+. The show, which is being developed with Jerry Bruckheimer Television, is in the early stages with the nascent streamer. Written by Brandon Zuck, the show follows a young gay kid that is full of “spark and joie de vivre” and moves to Barstow, California where to survive he has to completely become a different person and “hide that light”.

This is on top of an autobiographical hybrid comedy that is in development with CBS with veteran Will & Grace writer/producers Tracy Poust and Jon Kinnally and CBS Studios. The project is about a divorced couple who successfully co-parent in a blended multiracial family.

Brady, who played James Stinson in CBS sitcom How I Met Your Mother, will topline the project if it goes to pilot or series. “Instead of just getting cast in a sitcom, I get to create with these people that make the sitcoms that I watch,” he says. “There’s a really cool musical element in it as well. I’ve written a couple of the songs for it and so we’re just waiting with our fingers crossed to see what happens. There are no guarantees but even getting to this part in the race is just so cool.”

Finally, on the scripted side, Brady has optioned Dreadnought from author April Daniels. The book follows a trans superhero, Danny Tozer, who inherits the powers of Dreadnought, the world’s greatest superhero. The pair have partnered with Thomas Lynch, creator of Nickelodeon’s Make It Pop and The Other Kingdom, to develop.

A Wayne and Mandie Creative, which has a development deal with Game of Talents producer Fremantle, also has a number of projects on the non-scripted side.

Following on Wayne Brady’s Comedy IQ, a comedy improv sketch competition series for BYUtv, the pair are developing another comedy improv format. “Picture Ru Paul and what Ru Paul meant to the world of drag and bringing it into visibility and now picture what I bring to the world of improv and musical comedy and being able to have a show like that.”

There’s also a docuseries in the works with ConCreates, a media agency powered by former and currently incarcerated prisoners. “These guys are brilliant so we’re working with them to create a docuseries for them and all of the good work that they’re doing and the issues it touches upon about prison reform and also race, race, employment and stereotypes and moving the needle forward with those conversations,” he says. “We’re really trying to jump into shows where you feel something. It’s great to laugh and I’m a fan of a good fart joke in a sitcom, but I’d like to leave a little more of an imprint than just that.”