It’s “extremely disrespectful to the victim, to dismiss her tragedy as the ghost/haunted house story,” Joe Berlinger tells TheWrap 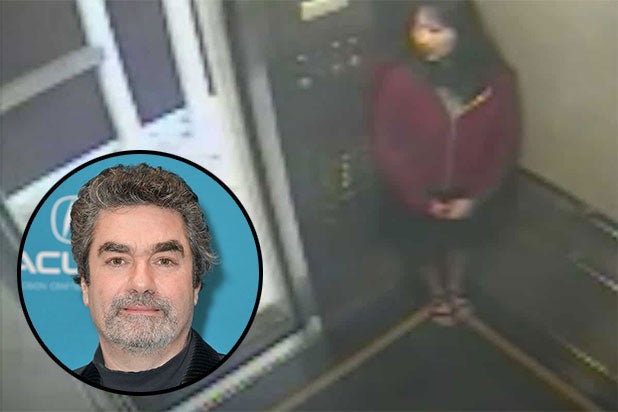 (Spoiler alert: Do not read on if you haven’t watched “Crime Scene: The Vanishing at the Cecil Hotel.”)

“Crime Scene: The Vanishing at the Cecil Hotel” delves into the mysterious death of Elisa Lam at the infamous hotel, and director Joe Berlinger said it was important for him to debunk the conspiracy theories surrounding her death out of respect for the victim.

“You need to be a good steward when telling someone’s tragedy — the past tellings of this story have hid behind the evil presence and phenomenon and that’s extremely disrespectful to the victim, to dismiss her tragedy as the ghost/haunted house story,” Berlinger told TheWrap.

Lam was a 21-year-old student visiting Los Angeles when she stayed at the notorious Cecil Hotel in downtown Los Angeles in 2013. However, one day she disappeared without a trace, and 19 days later, she was found floating naked in a water tank on top of the hotel. Theories started to swirl about her mysterious disappearance due to behavior caught in a video from the elevator, and how she could’ve ended up in the water tank. Internet sleuths blamed hotel staff and guests and even suggested a murderer was on the loose — and some even went so far as to blame the paranormal.

“The truth is sadly just more simple than the complex theories — the truth is, it was just a tragic accident,” Berlinger said. “There is a certain irony when the show focuses on crime that isn’t a crime at all, and I did that with intention. I wanted to take the viewers on a ride of twists and turns and gently put a pinprick in all of them and have people realize the truth of the situation. I think it’s a lesson for people not to jump to conclusions over circumstantial evidence.”

“Crime Scene: The Vanishing at the Cecil Hotel” is now streaming on Netflix.

Why did you decide to do a series on Elisa Lam and the Cecil Hotel?

When the Elisa Lam story was brought to me, I said, yes, I remember that story, but what can I bring it to the table? Thought one was, let’s use it to make a true crime series that leans more into place, which is something I’ve never done before, and then debunking the mythology around the case.

A lot of human error caused this case to have so many conspiracy theories surrounding it.

That’s something we learned as the show unfolded — that was a major thing. But I don’t think people would be so quick to believe the theories if it had happened at another hotel, but it’s the place. And to me, that’s a cautionary tale because I can’t tell you how many times the circumstantial evidence doesn’t add up to physical evidence. There are head-scratching coincidences that if you focus on that, it makes a compelling case. But the truth is mostly elsewhere.

Do you think there will be some people who will disagree with the conclusion you present in the series?

Unfortunately, yes. The internet sleuths we featured in the show did say they know now what happened, but even the trailer, which had an astounding 2.2 million views in eight days, was baked with comments by people saying they still believe these alternative theories. Unfortunately, we are in this post-truth environment.

The truth is sadly just more simple than the complex theories. The truth is, it’s just a tragic accident. There is a certain irony when the show focuses on crime that isn’t a crime at all, and I did that with intention. I wanted to take the viewers on a ride of twists and turns and gently put a pinprick in all of them and have people realize the truth of the situation. I think it’s a lesson for people not to jump to conclusions over circumstantial evidence. For someone who has devoted as much as time as I have in true crime cases, there are certain circumstantial factors if you just want to have tunnel vision on a certain suspect, and there is that evidence that will lead you to a suspect, and that’s how wrongful convictions occur. That’s why the measure of the law is beyond a reasonable doubt and you need to have corroborating evidence. I thought it’d be interesting to view the case this way. We live in a post-truth era as we’ve seen play out in presidential politics, the ascension of QAnon — we live in an era where people believe false narratives.

You need to be a good steward in telling someone’s tragedy. The past tellings of this story have hid behind the evil presence and phenomenon and that’s extremely disrespectful to the victim, to dismiss her tragedy as the ghost/haunted house story. It was important to give the viewer the same ride of how everyone jumped to the conclusions.

Did you know that was going to be your conclusion when you started filming?

I knew the haunted house/ghost story was just inaccurate, having reviewed the case stuff and having spoken to Josh Dean, the journalist who brought me the case. I had no reason to believe that this was anything other than an accident. But whether the hotel covered anything up in terms of negligence or whether the police covered something up or some larger aspect to her death, that I didn’t know. That’s why it was so important to talk to these people we feature in the series — if we didn’t get them, it wasn’t worth doing the show. Amy Price, the hotel manager, was essential to get. Morbid [the death metal musician] wasn’t a make or break but it took a long time to get him. Jason Tovar, the forensic pathologist, was generally reluctant because he had a bad experience doing a TV show before.

How did you approach the topic of her mental health?

Sunshine is the greatest disinfectant. If you are truthful about a disorder and you handle it with care… it is the reason that her tragedy befell her. We clearly debunk everything and stake our flag in the truth, and I would like think that anyone who knew Elisa would think we did a responsible job in telling her story and raising important issues like mental health and cyber bullying and the disastrous policies in Los Angeles that led to Skid Row and containment or emptying of mental institutions in the ’60s and ’70s. At the end of the day, we end on her writing because people related to her. And we give her the last word, and her impact on people was clear.

Did you try to get in touch with the family?

We reached out to the family several times, we reached out to friends, and there was no response, actually. I had to sit back and think to myself, should I be doing this? The family didn’t tell us to do it or not to do it so I had think about whether it was fair to do it… When I take on these cases, I have to be doing it for a larger reason instead of just wallowing in the suffering of others. And that’s a legitimate criticism of true crime and the genre as a whole. I think this is the first telling of the Lam story and her impact on others and why others related to her, while doing the honorable thing of debunking the mythology. They neither approved or disapproved of her telling the story. Given the story is so popular and my mission being to tell what happened and end the ghost story conspiracy, I felt like was an appropriate action. But it did give me pause.