In every person’s life, there’s a point where you say to yourself, “Well, now I’ve seen everything.” Invariably, that turns out not to be true when they see the next amazing thing. No one sees everything. Not even an Avenger.

That’s why the Avengers in Wakanda during Avengers: Infinity War were shocked and awed by the reappearance of Thor during the battle of Wakanda. Not only was it Thor making his grand entrance, but he brought some very strange friends with him.

Why was Thor’s entrance such a big deal? 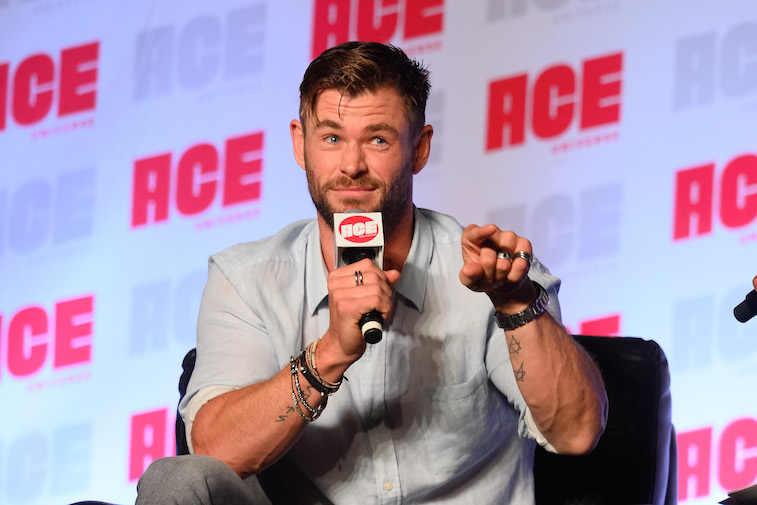 In regular Earth time, there were only five months between Thor: Ragnarok and Avengers: Infinity War. As impressive as Thor’s entrance was, it packed an even bigger punch for the characters than it did for audiences, because most of his fellow Avengers hadn’t seen Thor for years. To them, he had disappeared after Age of Ultron, and he was conspicuously absent from Captain America: Civil War. Simply put, he had to deal with his own problems.

Fans discussed the entrance on Reddit, saying not only that his entrance was a long time coming, but it must have looked bizarre  considering that “he shows up without Mjolnir and standing beside a human tree and a raccoon with a gun.” Another fan said, “Well that definitely explains Natasha’s ‘WTF’ expression.”  The beard and haircut surely threw them too.

Still another fan chimed in with “The way he storms in (pun intended) is one of the few moments I get all pumped up and full of adrenaline all the time! Everytime I see it. Top 5 moment in all MCU.”  And that ties into a whole other discussion.

What are other great Marvel entrances?

In another Reddit thread, fans talked about the great Marvel entrances, meaning not just the first appearance of a character, but any kind of entrance. Re-entrances are especially dramatic in the MCU, and fans thought there was no entrance more dramatic than the one in Endgame where the dusted heroes returned to fight another day.

There was a poll in the thread, and coming in second place after the portals scene was Thor’s Wakanda lightning storm, and in third place was Captain America in Edinburgh, also from Infinity War. Also getting mentions were Spider-Man’s entrance in Civil War (Underoos!) and Captain Marvel’s return when she slices through Thanos’ ship in Endgame.

Another fan mentioned, “I think my favorite MCU entrance of all time is the Guardians of the Galaxy flyby to “Rubberband Man” in Infinity War. The fade in of the music, the burst entrance of the ship, seeing the whole crew, just so f—– dope. Their interactions with Thor had some of the best chemistry too, still super stoked for Thor 4: Love and Thunder and Guardians of the Galaxy Vol. 3.”

Could Thor’s next entrance be really silly?

Fans were especially stoked for Thor’s next chapter when director Taika Waititi “leaked” supposed script pages from Love and Thunder on social media.

He was a week and a half late for April Fool’s Day, but most fans caught on that the pages were a joke because, as IGN points out, “Taika Waititi is 80 percent troll and 20 percent pure chaos demon.” Among other things, the “leak” entailed Tony Stark returning from the dead.

Waititi did say, the script was on its fourth or fifth draft, saying that he “can’t wait to do it,” because it’s become “so over the top now, in the very best way.” That part was probably genuine.

Fans will have to wait a little longer than originally planned to see that movie. It had been slated to come out in November 2021, but a tsunami of release date changes brought on by the pandemic pushed the fourth Thor movie to 2022.

If it isn’t already, Reddit will probably soon be abuzz with suggestions that Waititi should actually shoot those pages just for grins and giggles.