[Spoiler alert: This Is Us Season 4, Episode 18.] The This Is Us Season 4 finale stunned fans when the NBC series introduced a new batch of strangers. By the end of the episode — titled “Strangers: Part Two” — everyone was excited to meet Jack Damon’s (Blake Stadnik) adopted sister, Hailey (Adelaide Kane). However, viewers were a bit confused when the NBC drama highlighted two new characters, Sadie (Glory Joy Rose) — aka the girl with a horse — and Eli (Josh Hamilton), without spelling out their direct connection to the Pearson clan. So who are Sadie and Eli on This Is Us? Here’s what we know.

Who are Sadie and Eli Mason from the ‘This Is Us’ Season 4 finale?

When the This Is Us Season 4 finale returned from a commercial break, some fans thought they were transported to a different show. No Pearsons were found, and Eli and Sadie were front and center. In the scene, Eli attempted to tame a horse named George. Then Sadie, a red-haired girl, popped up and had a sweet moment with her father.

“Didn’t know 7 a.m. was amateur hour,” Sadie said. Eli noted he taught his daughter everything she knew. But even so, he called the new horse a “lemon” as he continued to struggle. And eventually, Sadie took the reigns. She was able to calm George down with ease.

The scene ended and the two characters weren’t revisited until the second half of the This Is Us finale. In the next sequence, Sadie tamed George. She understood the horse was acting up because he wanted to run after being cooped up.

“Little early to give up on him, don’t you think?” Sadie told Eli. “You haven’t even given him a chance to be himself yet.”

Eli was impressed by his daughter’s remarks. He then left for work, where This Is Us fans discovered the family’s connection to the Pearsons — Eli is Dr. Mason, Madison’s (Caitlin Thompson) OB/GYN. She is pregnant with Kevin’s (Justin Hartley) baby twins.

During an appointment, Madison broke down and Eli noted this was her third visit alone. Madison admitted she hasn’t told anyone about the pregnancy, even the father. She was scared because she knows Kevin comes from a “long line of great love stories” and assumed the situation wouldn’t be his dream come true.

However, Eli gave Madison a bit of advice, which echoed what Sadie said earlier. “Little early to give up on him,” Eli said. “You haven’t even given him a chance to be himself yet.”

The suggestion broke through. And in the end, Madison told Kevin about the pregnancy. 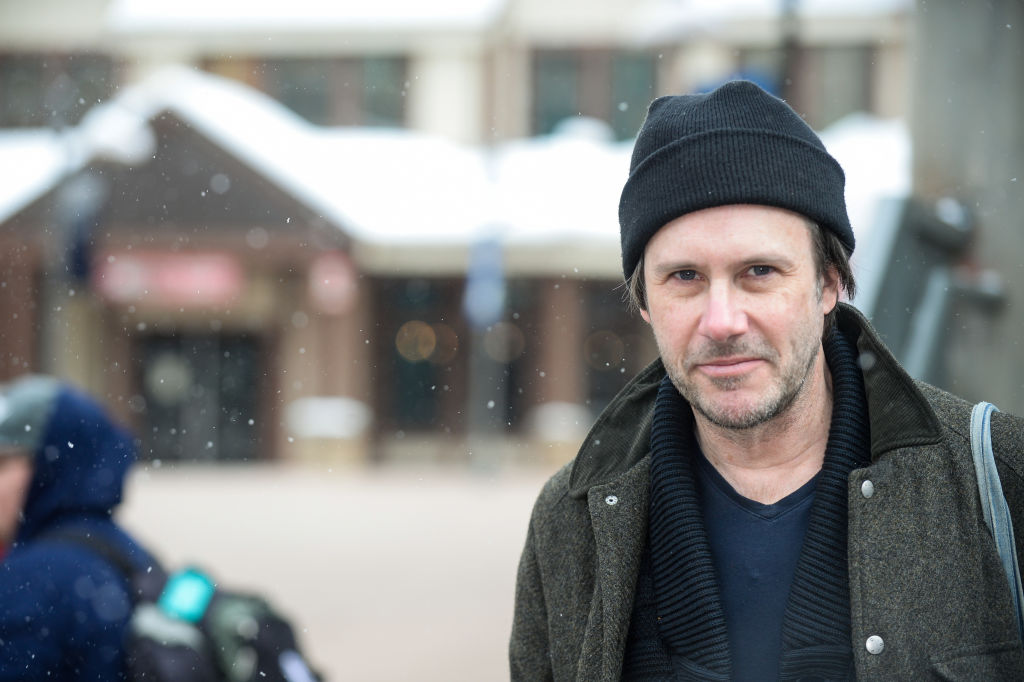 Following the This Is Us Season 4 finale, fans had a million questions surrounding Eli and Sadie, including the actors behind them. Rose — who plays Sadie — has been in a handful of projects, including The Disney Channel’s Coop and Cami Ask the World and Nickelodeon’s Danger Force.

Meanwhile, Hamilton — who plays Eli — has been working in the industry since the late ‘70s. So it’s possible you’ve seen the actor before. Hamilton has appeared in Dark Skies and Eighth Grade. He also portrayed Matt Jensen in 13 Reasons Why, Arthur Gilroy in Madam Secretary, and Hank Foxx in American Horror Story: Coven.

Now, will Hamilton’s Eli and Rose’s Sadie continue to make an impact in the Pearson family story on This Is Us? According to Deadline, creator Dan Fogelman revealed Eli will make an impact on Kevin in the fifth season.

“Josh is a favorite actor of mine,” Fogelman said. “The doctor becomes an important character next season to Kevin. He’s having twins with a virtual stranger, not a normal birth experience. It’s no coincidence he was introduced in the same episode that Dr. K [Gerald McRaney] returned.”

For those of you who may not remember, Dr. K — aka Dr. Nathan Katowski — was the man who delivered Kevin, Kate, and Kyle. His speech about taking the “sourest lemon that life has to offer and turned it into something resembling lemonade” also inspired Jack (Milo Ventimiglia) and Rebecca (Mandy Moore) to adopt Randall. Then in the fourth season finale, Dr. K gave the Pearsons more encouragement upon the Big Three’s one-year anniversary.

With Fogelman’s remarks about the two OB/GYNs, it’ll be interesting to see how Eli fills in Dr. K’s shoes for the next generation of Pearsons. But seeing as how the two characters are already connected by their lemon commentary, we think it’ll be a pretty good fit. So we’re excited to see the newcomer help Kevin in This Is Us Season 5. Stay tuned.

Read more: ‘This Is Us’: Randall and Kevin’s Fight Hurt More Than Fans Expected