Stephen King is a problematic author. One of the most prolific writers around, King’s tomes have been the source of discussion for everything, from his employment of the magical Negro trope to his repetitious use of women fearing their menstrual cycle. Running alongside that is his usage of the disabled as objects of both fear and pity. CBS All Access’ recent adaptation of “The Stand,” streaming now, should remind us that King — and the directors adapting his work — has an ableism problem. (IndieWire has reached out to CBS All Access and King for comment.)

“The Stand” tells the story of a devastating pandemic and the group of survivors trying to restore society. On one side are the acolytes of Mother Abigail (played by Whoopi Goldberg in the new series), while the venal hedonism of the world is overseen by the “dark man,” Randall Flagg (Alexander Skarsgard).

Where good and evil are delineated so clearly by Mother Abigail and Flagg, the portrayals of disability run parallel. Mother Abigail is representative of faith and kind hearts, so those with disabilities are portrayed similarly. Nick Andros (played by hearing actor Henry Zaga), is our first entry into disability, a deaf and non-verbal man who is blinded in a bar fight because his attacker didn’t realize Nick was deaf. When Nick has his first meeting with  Flagg he’s offered a cure to all his ills: follow Flagg, and Nick would be able to see, hear, and talk. Nick refuses and becomes Mother Abigail’s right-hand man. His deafness doesn’t overtly fall into being superhuman or a heightening of his senses — though he does stop a bomb found in Mother Abigail’s piano, implying a Spidey-sense of some sort.

The more offensive element of disability in “The Stand” is manifested in the mentally disabled characters that pepper it. Case in point, Tom Cullen, played by non-disabled performer Brad William Henke. As a character, Cullen is drawn from the Lenny of Steinbeck’s “Of Mice and Men” school. Or, to utilize King himself, he’s “The Stand’s” John Coffey, the big ol’ teddy bear of a man with a childlike mind King brought to life in his book “The Green Mile.” Our introduction to Cullen is him repeated a phrase about how he is mentally impaired and that people should not be “alarmed” by him. Repeatedly, the bad people — the citizens of Flagg’s New Vegas — refer to Tom as a “feeb” or a “retard,” but since the series put an able-bodied actor in the role it’s hard not to roll one’s eyes at this belief that these characters are bad because they use these specific words. 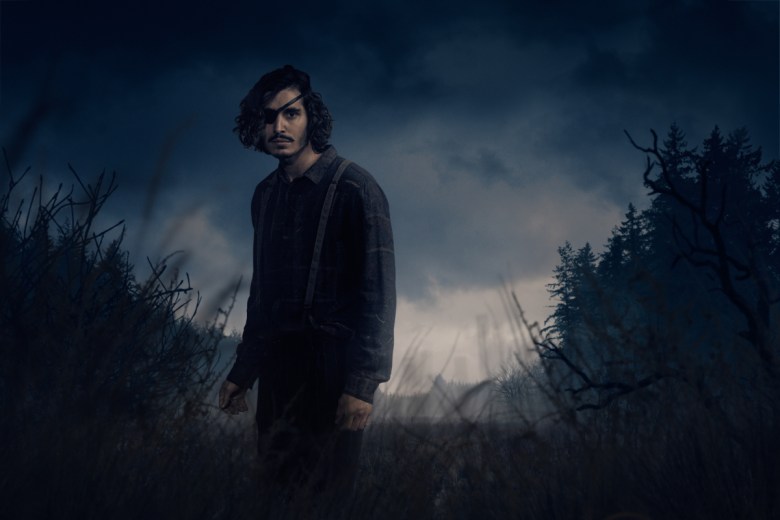 If anything, the series fails to engage Tom as a person because he is so clearly a trope. He is played, at every turn, as a simple-minded man-child who, if he did do something bad, did not know the true meaning of his actions. He saves Nick when the two are on their way to Colorado, but it’s more because of his physical size than anything else. Later on, when the committee overseeing Mother Abigail’s town in Boulder are deciding who to send to New Vegas a spy, they all agree on Tom because Flagg would never presume they’d send someone with a mental disability.

Having him be a spy could have been a step in the right direction towards emphasizing that those with mental disabilities are capable, but the series doesn’t do that. Tom volunteers very quickly, but the character is never given any development for this decision beyond hoping to please others. We never have insight into Tom’s mind, so his decision is hollow. He’s a lamb sent to slaughter.

This logic ends up bearing fruit once Tom makes it to New Vegas where Flagg, of course, can’t figure out Tom is the spy.. Because Tom’s journey is never shown it, again, fails to showcase his ingenuity and presents it as dumb luck. Once there, he is given a janitorial job that he never questions or earns any insight from doing. We never see him actually spying on Flagg’s operation. He is plopped into a job and the other mentally proficient spies push him from place to place.

Tom Cullen and Nick Andros aren’t anything new in King’s oeuvre of characters. The aforementioned “Green Mile,” adapted into a movie in 1999, saw the late Michael Clarke Duncan play John Coffey, and portrayed both the kindhearted mentally impaired man and the magical Negro trope in one character. The 1992 feature adaptation of King’s “The Lawnmower Man” also had a character with an intellectually disabled character working alongside the able-bodied protagonist.

In the case of “The Green Mile,” it is only through John Coffey’s death that the able-bodied characters can find meaning in their own lives. In the novel of “The Stand,” Tom Cullen survives and returns to Boulder with main leader Stu (played in the series by James Marsden), though since the creators of the series have talked about changing things from the novel’s storyline and King is reportedly working on a new ending, it’s unknown if Tom will follow the same path as John Coffey.

King’s other recurring theme is an emphasis on disabled grotesquerie being indicative of evil. This was seen in both the novel and feature adaptation of “Pet Sematary.” In the 1989 feature, main character Rachel’s older sister, Zelda, suffers from spinal meningitis, turning her into a deformed and mentally unsound woman. Her death is heralded as cathartic to Rachel and her family, but she soon discovers her sister is haunting her. Zelda was played by a male actor in the ’89 film and an able-boded/heavily CGI actor in the 2019 version. With “The Stand,” this trope manifests in Ezra Miller’s jaw-jutting, grunting performance as an arsonist known only as Trashcan Man.

Because “The Stand” hasn’t come to its conclusion there is still a possibility the series could actually try to do something with their disabled characters. But based on King’s work in the past, that doesn’t seem likely. The problem here isn’t that non-disabled actors are playing these roles (that’s still to be expected), it’s more that they’re presented as stereotypical indications of good and evil. Tom is a child and thus he is good. Trashcan Man looks ugly and thus he is evil. This removes any sense of agency from the disabled and creates a fail-safe where, even if they do something bad, they are presumed to not know any better. “The Stand” ends up saying more about King’s view of disability than ours.

“The Stand” is available to stream on CBS All Access.

Related posts:
World News:
Germany passes two million coronavirus infections
Arkansas man accused of using flagpole to beat officer during Capitol riot
Who was Martin Luther King's wife Coretta Scott, when was her death and what is the award named in her honour?
Facebook criticized by Dems, liberal watchdog for skirting Capitol riot blame
Recent News:
This website uses cookies to improve your user experience and to provide you with advertisements that are relevant to your interests. By continuing to browse the site you are agreeing to our use of cookies.Ok