Who is in the cast of The Handmaid’s Tale season 4?

Elisabeth Moss is back as June Osborne for the fourth outing of The Handmaid’s Tale.

In an interview with BAZAAR.com, The Handmaid’s Tale showrunner Bruce Miller revealed the fourth outing is entirely from June’s perspective.

He said: “The show is all from June’s point of view—all of it, including scenes with other people. Those are scenes where either she knows those people well enough to piece together what would have happened, or at some point afterwards, someone who was there told her what happened.

“Every single thing we see is something she either knows or would know because she’s telling us this story … The voiceover is her memoir.”

Outside of The Handmaid’s Tale fame, Moss is best known for playing Zoey Bartlet in The West Wing between 1999 and 2006.

She is also well known for playing Peggy Olsen in Mad Men between 2007 and 2015.

Her other well-known credits include Top of the Lake, The Square and The Invisible Man. 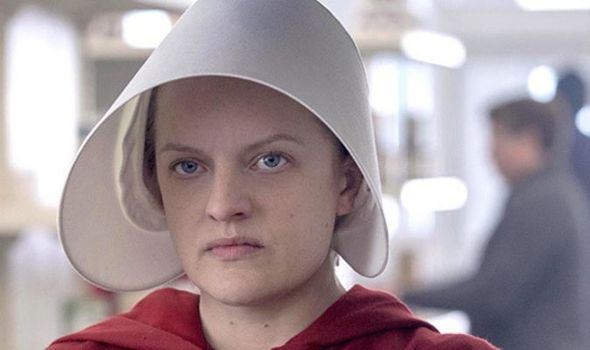 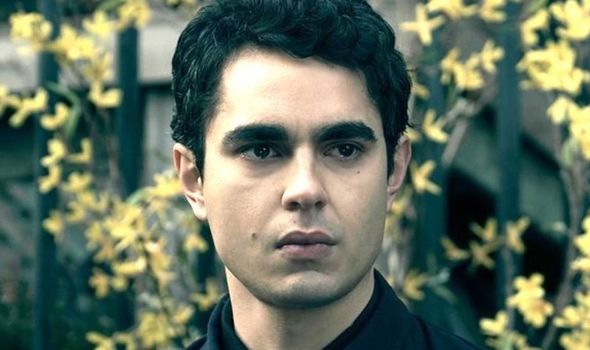 Nick was a former drifter and driver for Commander Waterford, before becoming an Eye.

He also has strong feelings for June which will no doubt be explored in series four.

In the fourth series, Nick’s loyalty will be called into question if the trailer for the new series is anything to go by.

Minghella is best known for playing Divya Narendra in the 2010 film The Social Network.

The Handmaid’s Tale fans may also recognise Minghella from his role as Richie Castellano in The Mindy Project. 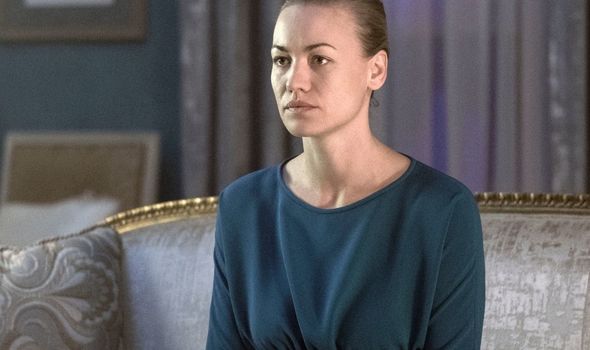 Joseph Fiennes is back as Commander Fred Waterford, a high-ranking government official and June’s former master.

He is also well-known for playing Sir Robert Dudley in Elizabeth and Commisar Danilov in Enemy at the Gates.

Fans may also recognise him as Monsignor Timothy Howard in the second series of American Horror Story.

At the end of series three, Serena was detained by the Canadian authorities for orchestrating Nick’s impregnation of June back in season one.

Strahovski is an Australian actress, best known for her role as CIA Agent Sarah Walker in the NBC drama series Chuck.

For her role as Serena Joy in The Handmaid’s Tale, Strahovski has received a Primetime Emmy Award, Screen Actors Guild Award and Golden Globe Award nomination. 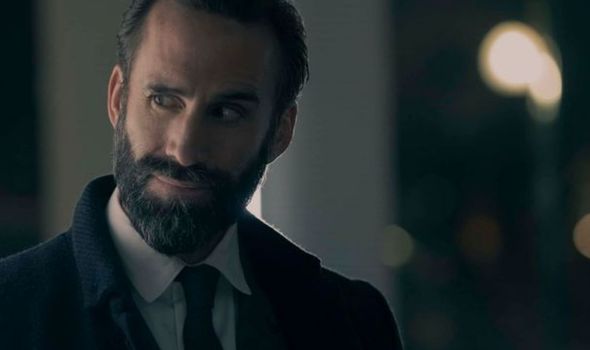 Ann Dowd returns as the evil Aunt Lydia in The Handmaid’s Tale.

Aunt Lydia is in charge of overseeing the Handmaids in the sexual re-education and duties.

She often oversees harsh physical punishment of the Handmaids and is loyal to Gilead.

Dowd is best known for playing Patti Levin in the HBO series The Leftovers.

Her other credits include Garden State, Green Card and Hereditary.

Amanda Brugel stars as Rita in the fourth outing of The Handmaid’s Tale.

In season three, Rita successfully escaped to Canada and in conversation with Entertainment Tonight, Brugel shared her hopes Rita would help a group of Gilead refugees in series four and help June escape to Canada for good.

Brugel starred as Luynnie Jordan in the Showcase series Paradise Falls and Michelle Kransoff in Seed.

She is also well known for her role as Marci Coates in Orphan Black and Nina Gomez in Kim’s Convenience.

Commander Joseph Lawrence is the founder of the Colonies and the architect behind Gilead’s economy.

Viewers may also recognise Whitford from his role as  Arthur Parsons in The Post, Dean Armitage in the horror film Get Out; and Roger Peralta in Brooklyn Nine-Nine.

McKenna Grace has joined the cast of The Handmaid’s Tale for series four.

Grace will take on the role of Mrs Keyes, a “sharply intelligent, teenaged wife of a much older Commander who rules her farm and household with confidence.”

According to her official character description, Keyes has a “rebellious, subversive streak, and is calm and pious on the outside with turmoil, even insanity, on the inside.”

The Handmaid’s Tale fans will most likely recognise Grace from her role as Theodora Crain in the first series of The Haunting of Hill House.

Other characters fans can expect to see in the fourth series of The Handmaid’s Tale are: