The hit Marvel Cinematic Universe franchise Guardians of the Galaxy continued with GOTG Vol. 3, finally debuting in 2023. Fans have come to love the characters seen in the films, and it’s hard to imagine another actor replacing any of the stars. Writer-director James Gunn agrees, especially when it comes to one in particular.

‘Guardians of the Galaxy’ debuted in 2014 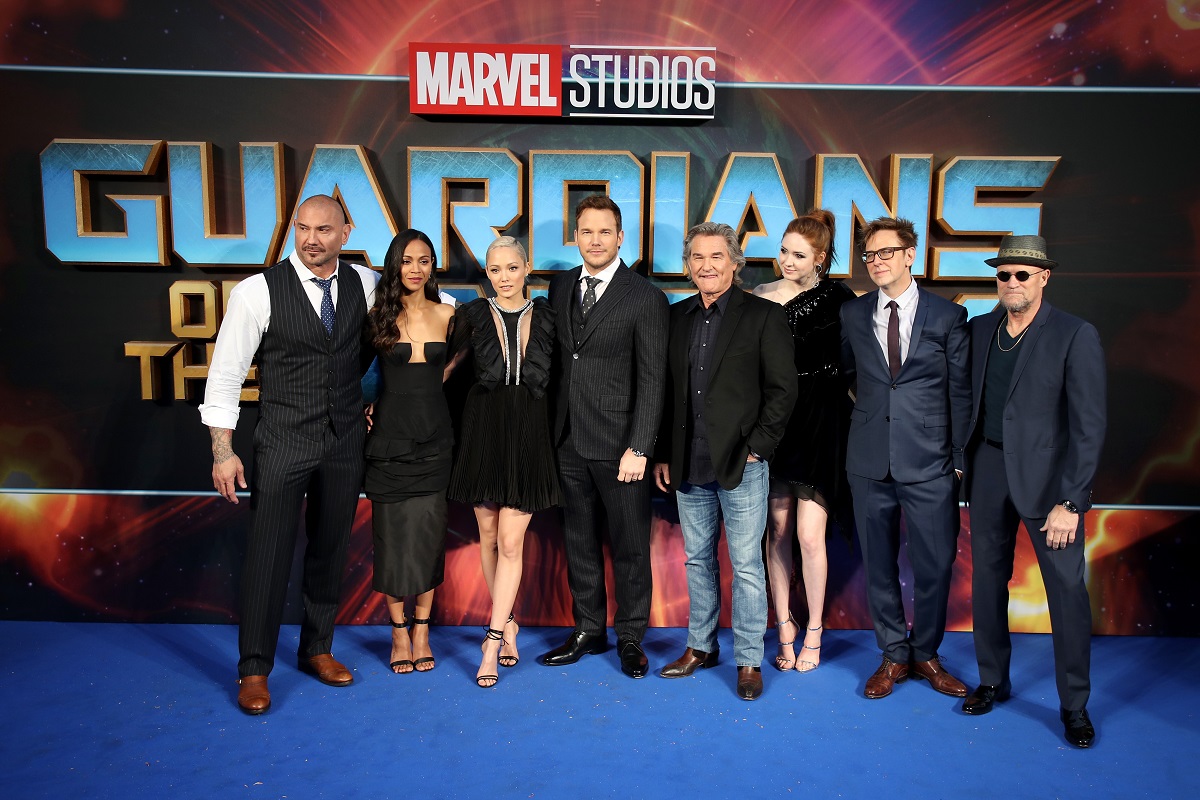 Following years of Earth-bound heroes (and Thor), the MCU branched out with Guardians of the Galaxy. The film follows Peter Quill, aka Star-Lord, as he reluctantly teams up with several others. Together, they protect the orb (revealed to be the Power Stone) from Ronan the Accuser.

A somewhat obscure Marvel property, Guardians of the Galaxy struck a chord with audiences for its fantastic performances, humor, and score. It premiered in 2014, bringing attention to stars like Chris Pratt, as well as to writer-director James Gunn, previously best known for his work in the horror genre.

The stars appeared in the sequel and 2 ‘Avengers’ movies

Star-Lord, Gamora, Drax, Rocket, Groot, and even Mantis (picked up in Vol. 2) played integral roles in Avengers: Infinity War and its follow-up, Avengers: Endgame. Nebula played both sides of the battle, and Gamora lost her life to the cause. The Guardians set off on their ship (with Thor in tow) following the events of Endgame.

Drax the Destroyer (portrayed by Dave Bautista) brought humor to the first two films (with an iconic line or two in Infinity War and Endgame). But according to the actor, the 2023 installation will be his final MCU entry. “I’ve got Guardians 3, and that’s probably going to be the end of Drax,” he told Digital Spy in 2021.

Bautista later clarified his comments. “Drax isn’t going anywhere,” he stated of the character. “He just won’t be played by this dude! by the time G3 comes out I’ll be 54 yrs old for gods sake! im expecting everything to start sagging any second now,” he tweeted.

Gunn jumped in with his feelings on the situation. “There’s no Drax for me without you, buddy! You ARE the MCU’s Drax the Destroyer and, as far as I’m concerned, could never be replaced,” he tweeted. “And you have the right to do whatever you want with your acting choices!” he added, showing his support for Bautista’s desire to leave the character behind.

Unlike many filmmakers, Gunn will often respond to those who tweet at him. After his comment about Bautista, one Twitter user suggested he be more open to recasting. “I would recast many actors without batting an eye. But I wouldn’t recast Drax, that simple,” he replied.