The Chase: Anne gives Omid Djalili an ovation in 2020 episode

Sunday’s Celebrity Special of The Chase was one of the most exciting episodes the show has had recently. Actor and comedian Omid Djalili pulled off an amazing performance after deciding to go for a whopping high offer of £128,000. Since no one else before him decided to go for the big money, Omid put it onto himself to bring home the cash for his team members’ charities.

Everyone was excited to see if he would take the bait that the Chaser Anne Hegerty, the Governess, laid out for him.

Before the break she teased him by asking if he was going to take the high offer.

The audience even started chanting for his name but he said: “I can’t handle the pressure.”

As he approached the table after a not so great cash-builder of £3,000, he was offered one of the highest sums the game has ever seen. 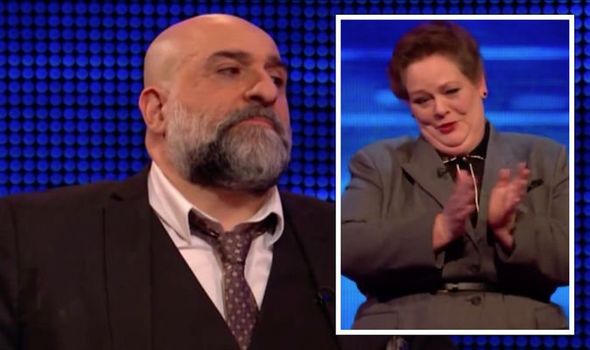 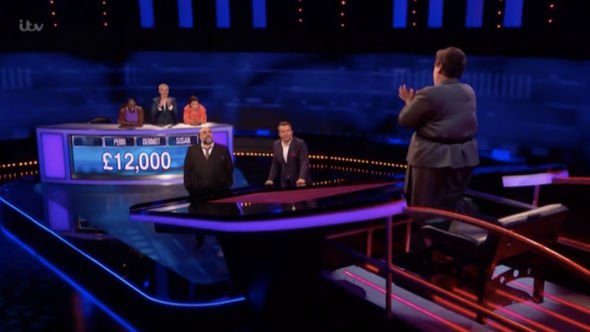 His teammates were at the edge of their seats to see what he was about to do.

Perri Shakes-Drayton also thought he should go for the £3,000.

Meanwhile, Susan Calman was the only player that told Omid to go for the high offer. 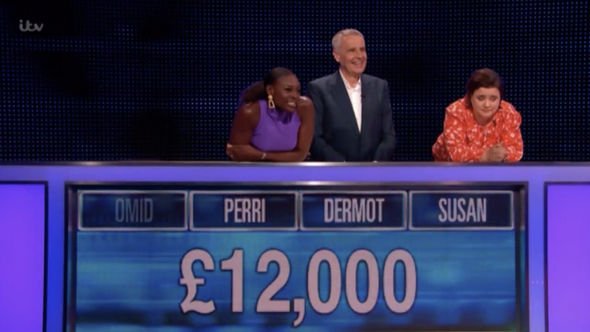 The Chase: Susan Calman jokes about Anne in 2020 episode

“Are we doing this or what?” he shouted to get everyone excited for what he was about to do.

He picked the £128,000 but immediately got the first answer wrong.

“It’s not over yet” he said, but behind his back Bradley mouthed to the camera: “Yes, it is.”

To everyone’s surprise, though, Omid got most of the following questions right and managed to gain some distance from the Chaser who in turn got some questions wrong.

As the reached the end of the run though, he gave a few wrong answers that made the Chaser gain territory and eventually catch up to him.

Anne however was impressed by his effort; she stood up and said: “Can I just say I think you were absolutely awesome. I have never done this before but I am giving you a round of applause.”

Ultimately, as the team advanced through the final round without Omid, the managed to get to a commendable 20 steps and were only caught by the Governess with one second to spare.

Previously on the show, as Susan first approached the table, she said herself excited to meet Anne of all the Chasers.

But when Bradley revealed she was the “third best female player on the planet”, Susan’s opinion quickly changed.

But as the Governess appeared on the other end of the table, Susan walked away from the  in fear, turned around and even crouched to the ground, crumbling under the pressure.

“Hello Anne,” she said in a squeaky and terrified voice. “I just want you to know that I think you are really marvellous.”

The Chase continues weekdays at 5pm on ITV.