The short-lived romance between Jules Daoud and Jordan Verroi may have put them both on the chopping block at the Summer House.

Daoud tried to make a romance happen with Verroi but he shared behind her back with the crew that he just wasn’t that into her. Now that there’s tension, what could happen? Verroi was a full-time cast member on the show last season. He only returned as Daoud’s guest. So is he trying to get her bounced to retrieve his spot in the house? 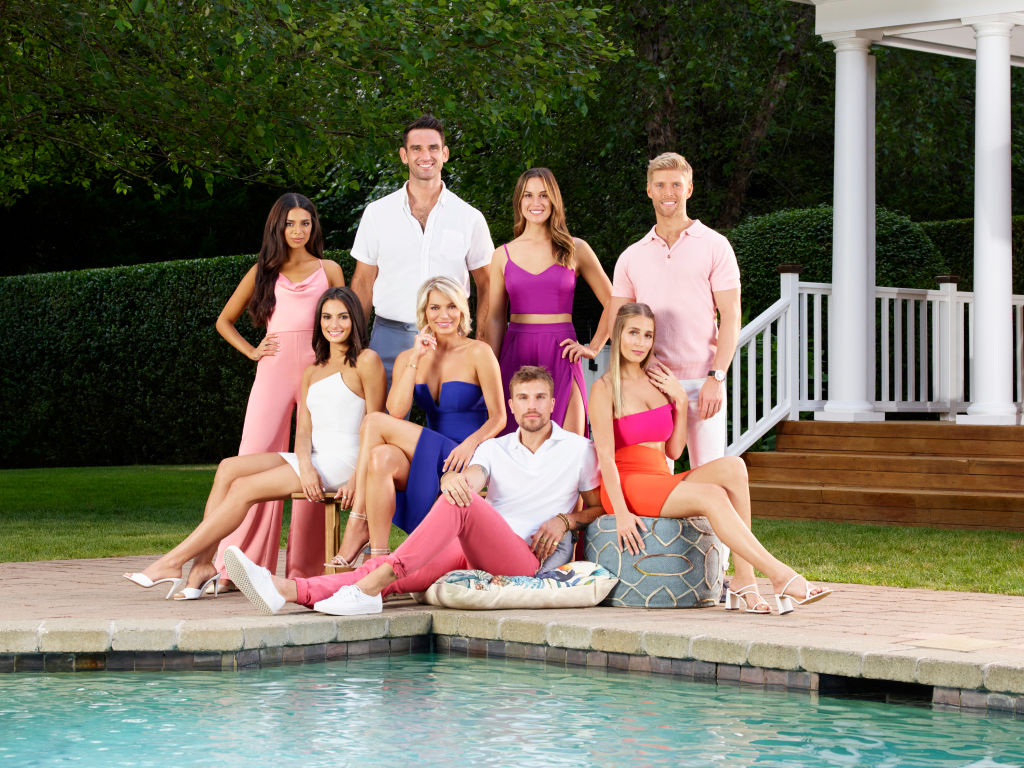 Meanwhile, Daoud was invited to be part of the house this summer. If she’s done with Verroi, shouldn’t she be in the position to ask him to leave? Or does the cast want to wash their hands of both of them?

The crew discusses the couple in private

The cast assembles without Verroi and Daoud to discuss their status at the house. “Let’s have a serious house talk,” Paige DeSorbo says in a whisper. “I feel like Jordan’s trying to get Jules out. And I feel like Jules wants to get Jordan out.”

The reviews are in: you NEED to get into #SummerHouse—catch up with the Season 4 Marathon TOMORROW @ 1p ET! #StayHomeWithBravo

Kyle Cooke agrees, saying the situation is awkward. Meanwhile, Carl Radke lays on a bed seemingly uninterested in the discussion. Daoud is downstairs unaware of the discussion going on in a bedroom. “I thought we were supposed to have a dinner, what happened here,” she wonders to Danielle Olivera. Verroi sits outside alone and comes back inside the house.

“Five weeks ago, you go, ‘I’m gonna bring her home to mom,’” Cooke recalls Verroi telling the group. “Now they’re fighting over who’s in the house?” Amanda Batula reminds Cooke to keep his voice down. “I know, I would have been a horrible librarian,” he says which sends the group into gales of laughter.

So who is getting kicked out?

Hannah Berner notes that Radke and Lindsay Hubbard were fighting and no one suggested someone gets kicked out. But Cooke reminds her that Hubbard and Radke weren’t trying to get each other booted either. “They’re already trying to f**king like get us to choose a side,” he says. “Guess what? No side, see ya tomorrow.”

Berner says she feels stuck in the middle. She was the one who invited Daoud to come to the house this summer. “When I’m originally Jordan’s friend,” she says. “I know you hate Jordan, but he’s my little crazy weirdo friend. And I will always love him. He does bring good energy. When he comes to the house you guys get really excited.”

Could Jules be on her way out?

Berner continues to defend Verroi. “I think Jules is insecure,” she says. “And wants to be liked by everyone.” Cooke pipes in asking if anyone in the house has connected with Daoud.

Crickets, until DeSorbo says, “I feel like I have,” she says raising her hand. “I’ve hung out with Jules like one on one. And we connect on like, everyday s**t. ” Luke Gulbranson jokes, “Instagram?” DeSorbo adds that even though they haven’t gotten any deeper, there hasn’t been any opportunity either.

So how do they vote? If it was up to Radke, they both would leave. Cooke joins in with the notion that both should leave. And they are getting kicked out that night too.

Do they go through with it? Summer House airs Wednesday at 9/8c on Bravo.