With readers turning to their home viewing options more than ever, this daily feature provides one new movie each day worth checking out on a major streaming platform.

[Editor’s note: This post contains some spoilers for the Netflix series “Hollywood.”]

At the conclusion of Ryan Murphy’s latest limited series, the fluffy revisionist history “Hollywood,” one of its central stars gets her due, ascending to the highest echelon of movie stardom and getting a permanent title to match: Oscar winner. In reality, actress Anna May Wong never won an Oscar (even the film project Murphy and writers Janet Mock, Ian Brennan, and Reilly Smith cook up as Wong’s big winner never existed), despite being hailed as Hollywood’s first Chinese American movie star and appearing in a variety of productions (from silent films to even television) over the span of her decades-long career.

For viewers interested in the true histories of the Hollywood stars and industry brass portrayed in Murphy’s discomfitting and often immature rose-colored glasses, the reality of Wong and her career is a bitter pill to swallow. At the same time, Wong’s real trajectory and the actual work she made in the face of discrimination, racism, and dismissal of her talents is more than worthy of attention and celebration.

Practically speaking, though, that’s no easy task. Many of the films Wong appeared in are not readily available via streaming or home video release. That includes a number of her first roles, many of which are now considered lost (like her earliest role, an uncredited extra part in the 1919 silent film “The Red Lantern,” which is believed to only survive via a single rumored print). Even her bigger films, like “The Flame of Love” and “King of Chinatown,” are difficult for interested cinephiles to find, though a few are lurking on Amazon Prime and Epix, including “Lady from Chungking” and “Bombs Over Burma.” 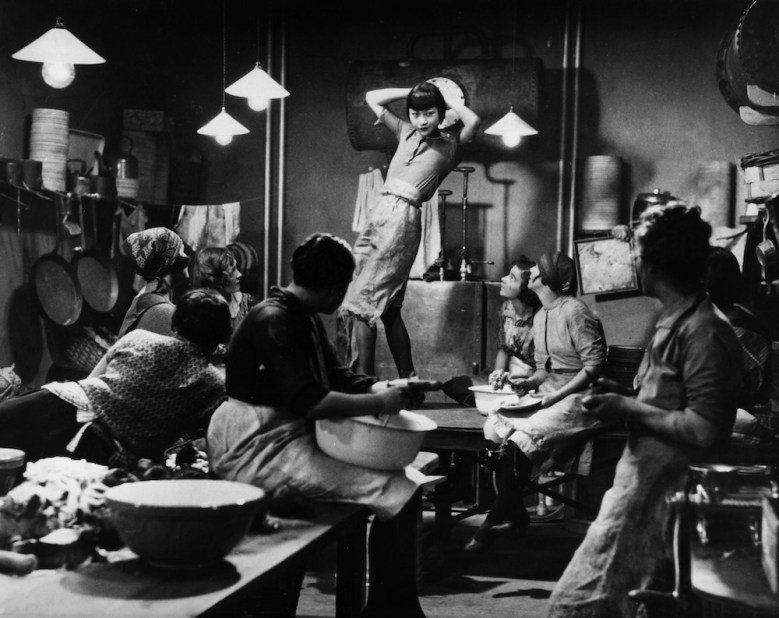 Anna May Wong in “Piccadilly”

There is, however, one major exception: a sparkling 2004 restoration of E.A. Dupont’s “Piccadilly,” which marked Wong’s last silent film outing (and is still available for a small rental fee via the British Film Institute’s BFI Player, complete with a new score). The film was one of a handful that Wong made in Europe in the late 1920s, having left Tinseltown because of a lack of exciting (read: not racist) roles for her to play. Wong, who had so often been cast in stereotypical roles — either the vicious “Dragon Lady” or the alluring “Butterfly” — was eager to take on parts that capitalized on her prodigious talents and allowed her to play roles with real dimension.

Her tour through Europe helped that aim, and she worked both on screen and on the stage, before returning to Hollywood in 1930. Among her European films, “Piccadilly” is her most dazzling, and features one of Wong’s most compelling roles. Set in the titular London nightclub, Wong’s role as dishwasher-turned-dancer Shosho cannily echos her own career as a star so bright that she couldn’t be ignored. Shosho’s dancing talent, once revealed, stuns everyone, eventually leading to a headlining part at the failing nightclub that sees her outshining previous starlet Mabel (Gilda Gray). She even makes off with Mabel’s man, nightclub owner Valentine Wilmot (Jameson Thomas).

Of course, not even relatively free-wheeling Europe could allow Wong to have the full-bodied role she deserved, and any and all kissing scenes involving Thomas (a white Brit) were not allowed. The film has a big, tragic ending, but it’s also packed with vibrant dancing and high-energy sequences that bring life to the wild club. Wong, of course, brings the most life, resplendent in rich costumes and always able to telegraph deep inner life through her expressive face and naturalistic acting.

Some of what “Hollywood” has to say about Wong (played in the series by Michelle Krusiec) is accurate, including the harsh truth about her Oscar chances and what happened after she made the move into sound films. During the tail end of her Hollywood film career, Wong lobbied to play the lead role in Sidney Franklin’s “The Good Earth,” a 1937 big screen adaptation of Pearl S. Buck’s novel of the same name. The hugely popular story that follows a Chinese family in the early part of the 20th century. While Wong was offered a small role in the film as the duplicitous Lotus Flower, a former prostitute who ensnares the affection of patriarch Wang Lung, she balked at the casting, just as she had before her move to Europe.

The popularity of Buck’s novel  — part of trilogy that followed an actual Chinese family through their lives — among American readers seemed to signal that moviegoers might be interested in seeing an actual Chinese cast. But that didn’t come to pass. Paul Muni was cast as Wang Lung, with Luise Rainer taking on the part that Wong so desired, as his faithful and industrious wife O-Lan. (Lotus Flower was portrayed by Tilly Losch, an Austrian, though a handful of other supporting roles were played by performers of Asian descent.) Rainer, German by birth, later won an Oscar for her portrayal of O-Lan.

A year after “Piccadilly” was released (first as a silent film, and then, four months later, with a jazzed-up score, new sound effects, and even a spoken prologue, all the better to capitalize on the “talkies” boom), Wong returned to Hollywood. Despite her success in Europe, the old attitudes continued to impair her ability to get juicy roles (like the one she so desired in “The Good Earth”). Wong again left the industry for a period of time (the same period that “Hollywood” wholesale reconfigures into an alternate history that ends with her winning an Oscar), before returning to the screen with her very own television series, “The Gallery of Madame Liu-Tsong,” so named after her birth name.

She never won an Oscar, but Wong’s real contributions have always gone far beyond cheap fantasy. She was real, and so was her talent, and that’s worthy of appreciation. Look no further than “Piccadilly” for proof of that.

“Piccadilly” is available for rental via the British Film Institute’s BFI Player.