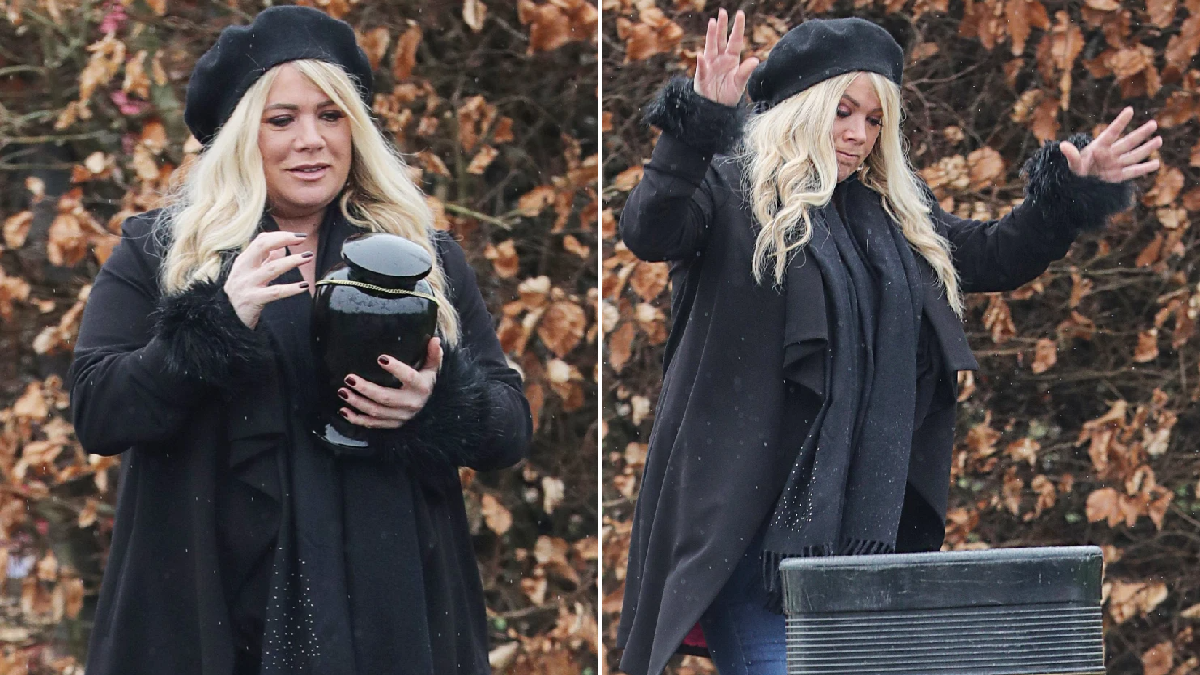 Sharon Watts (Letitia Dean) is set to literally bin her dead dad Gavin Sullivan after his funeral in EastEnders, proving there is no love lost between her and the father who terrorised her.

Can’t say we blame her.

Earlier in the month, Metro.co.uk confirmed that Gavin was being killed off as part of a new storyline for Sharon and Kathy Beale (Gillian Taylforth), who end up attending his funeral.

We can only assume with his role in faking Kathy’s death that this is to check that he actually is dead.

Cast and crew have been snapped filming the next stage of the episodes as Sharon holds the urn of the silver haired villain’s ashes before dumping them unceremoniously in the bin.

Gavin turned up in Walford in pursuit of Kathy and was later revealed to be the biological father of adopted Sharon.

After terrorising Sharon and Kathy, threatening to torch the house and killing his own sister, he had a rooftop showdown with Sharon.

He threatened to jump rather than go to prison for his crimes but ultimately he didn’t go through with it and was instead carted off by the old bill, with Sharon turning her back on him for good.

In upcoming scenes, Kathy and Sharon will learn that Gavin has died although it is unclear as to what this will lead to for the pair.

When a character is killed off screen, it is often to facilitate a new storyline arc so fans are hoping for some promising material for the pair in the wake of Gavin’s death.

Could some new secrets emerge now that he has gone? Could a windfall be coming someone’s way?

Or do Sharon and Kathy just consider anything a day out post lockdown?

Time will tell when the scenes air next month…