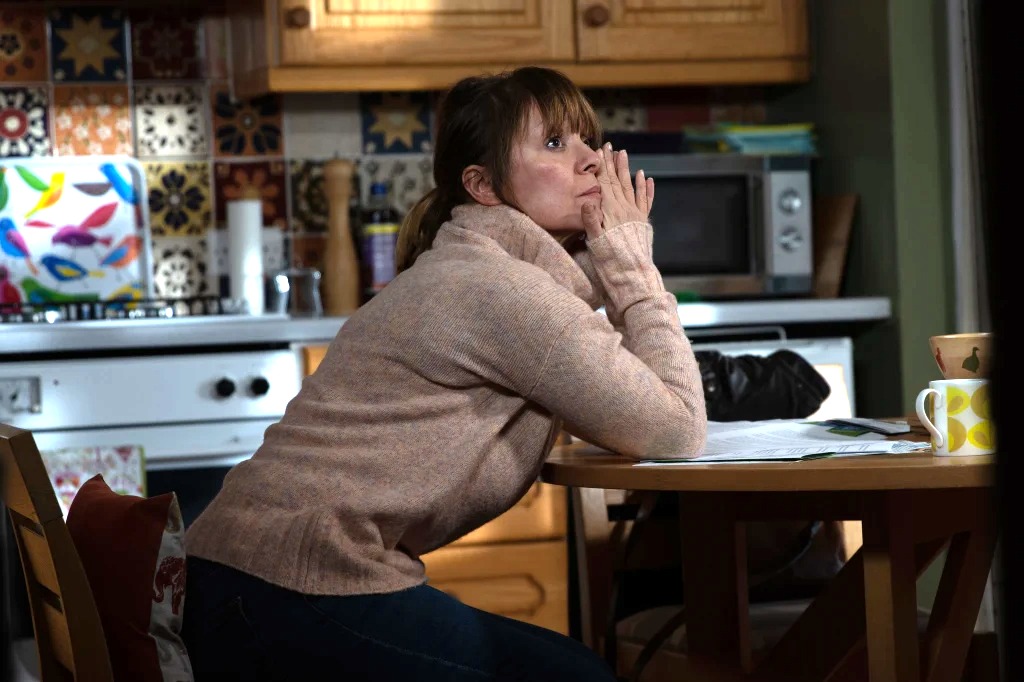 Marlon Dingle (Mark Charnock) is slowly allowing more people to visit him in hospital after his stroke in Emmerdale, but one person he’s struggling to see is his daughter, April (Amelia Flanagan).

Throughout the aftermath, Rhona (Zoe Henry) has dedicated the majority of her time to either being at hospital or putting things in place ahead of Marlon’s return.

It’s caused a lot of stress for Rhona and tonight, she’s pleasantly surprised by a gift.

Entering the Woolpack, Rhona is stunned to see April has organised a birthday party for her.

Aware she’s meant to be visiting Marlon, Rhona is helped by Chas (Lucy Pargeter), who volunteers Cain (Jeff Hordley) to visit instead.

After a while, Rhona tells April she’s off to see Marlon.

When April begs to come with her, Rhona lies and covers for Marlon, making up a reason over why April can’t visit.

In the hospital, a determined Rhona tells Marlon how much April misses him and hopes if she pushes enough, Marlon will allow his daughter to see him.

As Marlon grows stronger, how long will it be until he’s allowed to return home?