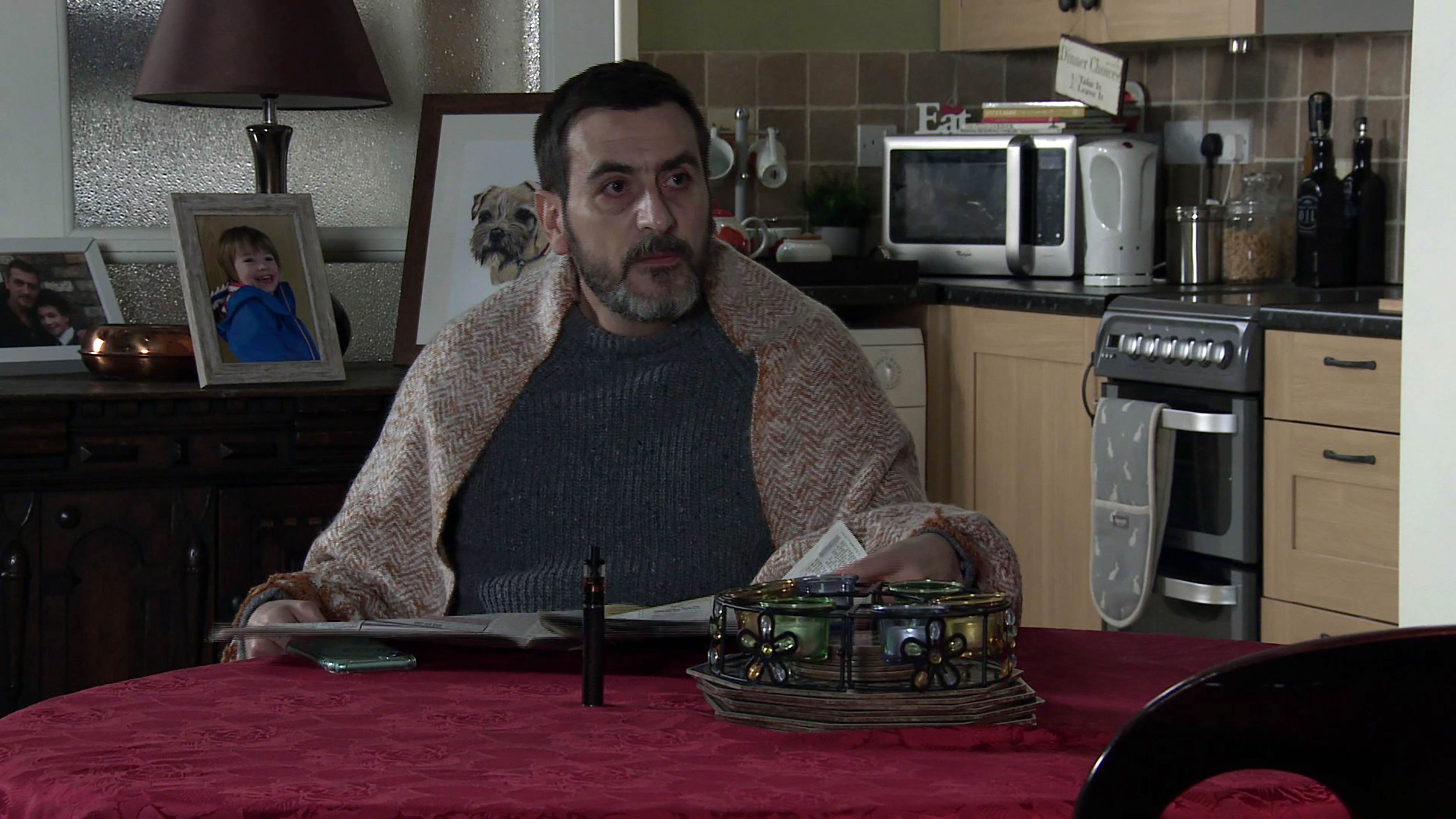 Peter Barlow (Chris Gascoyne) returns in Coronation Street, but he’s not best pleased with what he finds upon his arrival on the cobbles.

Peter struggled in the wake of discovering that Carla Connor (Alison King) had cheated on him with Adam Barlow (Sam Robertson).

He sought solace in the booze, and matters escalated quickly, as he soon ended up in the hospital, where he was told that his liver function was in a bad way.

Peter decided to accept the fact that he’s dying — much to the dismay of all those around him, such as Ken (William Roache), who encouraged him to fight for his life.

He ultimately left the Rovers, and found himself unable to stay at No. 1 after Ken begged him to give up the drink.

Things escalated once more when he lashed out at Ken.

Desperate to stop drinking and to get better, he begged Carla to take him to the hospital.

It’s been quite a while since we last saw Peter, but he’s back in the coming episodes, after he’s discharged from detox.

However, he soon finds himself rather irritated, as Steve McDonald (Simon Gregson) is keeping watch over him!