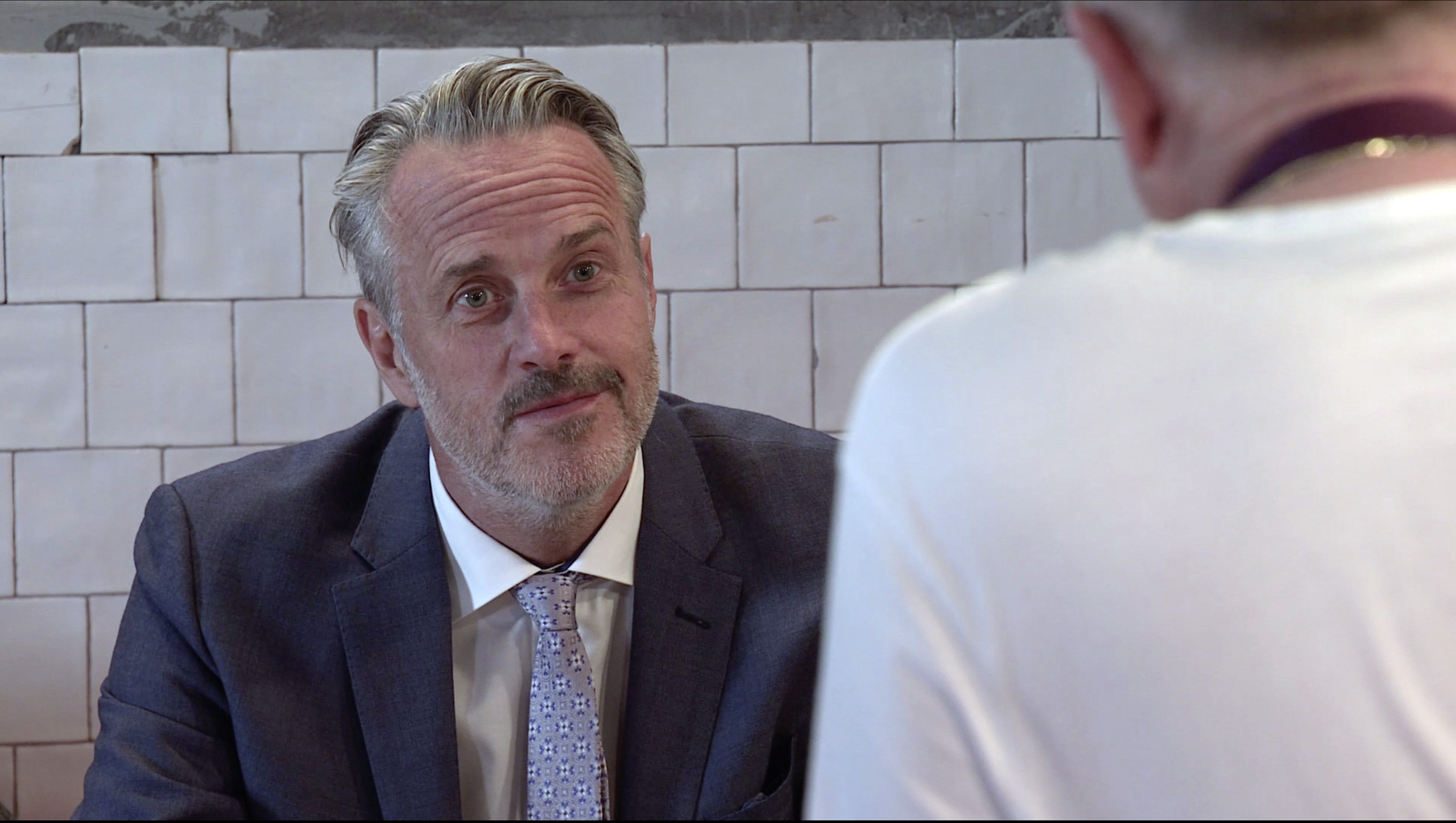 Ray Crosby (Mark Frost) is hellbent on getting out dodge in Coronation Street, but as the net closes in on him, will he successfully do so?

Ray left Debbie and Kevin Webster (Sue Devaney and Michael Le Vell) to die in the bistro fridge during the latest episode.

Monday’s edition (February 15) of the ITV soap sees Abi Franklin (Sally Carman) grow worried when Kevin doesn’t return from the camping trip he was due to attend with Jack.

Meanwhile, Kevin and Debbie yell at the top of their lungs — hoping someone will hear them. However, it’s no use.

When Abi discovers that Kevin never actually turned up for Jack’s camp, she’s terrified, and wastes little time in getting the police involved.

The cops later confirm they’ve no leads in tracing Kevin or Debbie, and — desperate to do something — Abi breaks into the bistro, where she finds the signed contract lying on the kitchen floor.

Elsewhere, Ray is questioned by the police regarding Kevin and Debbie’s disappearance, and he tries to throw them off the scent by suggesting that perhaps they absconded with his money.

Meanwhile, in the fridge, both Debbie and Kevin slip into unconsciousness, but Abi and Faye soon discover that there is someone in there.

Abi uses a crowbar to wedge the door open, and she’s left horrified when she finds both Kevin and Debbie slumped on the fridge floor.

Craig Tinker (Colson Smith) arrives at the scene, and a weakened Kevin informs him that it was Ray who locked them in the fridge, and therefore the young policeman radios through to tell his boss they’re dealing with attempted murder.

Meanwhile, Miles picks Ray up from the police station, handing him his passport and flight details.

Ray is smug — believing he’s got away with his crimes — but will he successfully manage to evade justice?

Or will justice at last be served?

Could the businessman perhaps die? Or will he be put behind bars?