Selena: The Series is coming back for its second part. On Monday, Netflix announced that the series about Selena Quintanilla’s life and work before her 1995 death will debut its second part May 4, weeks before its planned May 14 release.

The streaming service announced the news with a teaser, which features Christian Serratos’ Selena performing “Bidi Bidi Bom Bom” in a sparkly purple jumpsuit that the singer wore during her 1995 Houston Astrodome performance.

Netflix says that the second part of the series will chronicle “the years of hard work and sacrifice the Quintanilla family navigate together as she becomes the most successful female Latin artist of all time.”

“Now on the brink of stardom, Selena Quintanilla’s journey through the Tejano music world continues,” the logline reads. “Learning how to handle her newfound success, Selena struggles to balance family, love, and a burgeoning career.”

When ET spoke to Selena’s sister, Suzette Quintanilla, last month, she teased what fans can expect from the second and final part of the series, which she said will “cover the whole spectrum.”

“This is coming into the part where Selena and Chris [Perez] elope and they get married,” she said. “That’s part of our life, that’s part of the history of our family.” 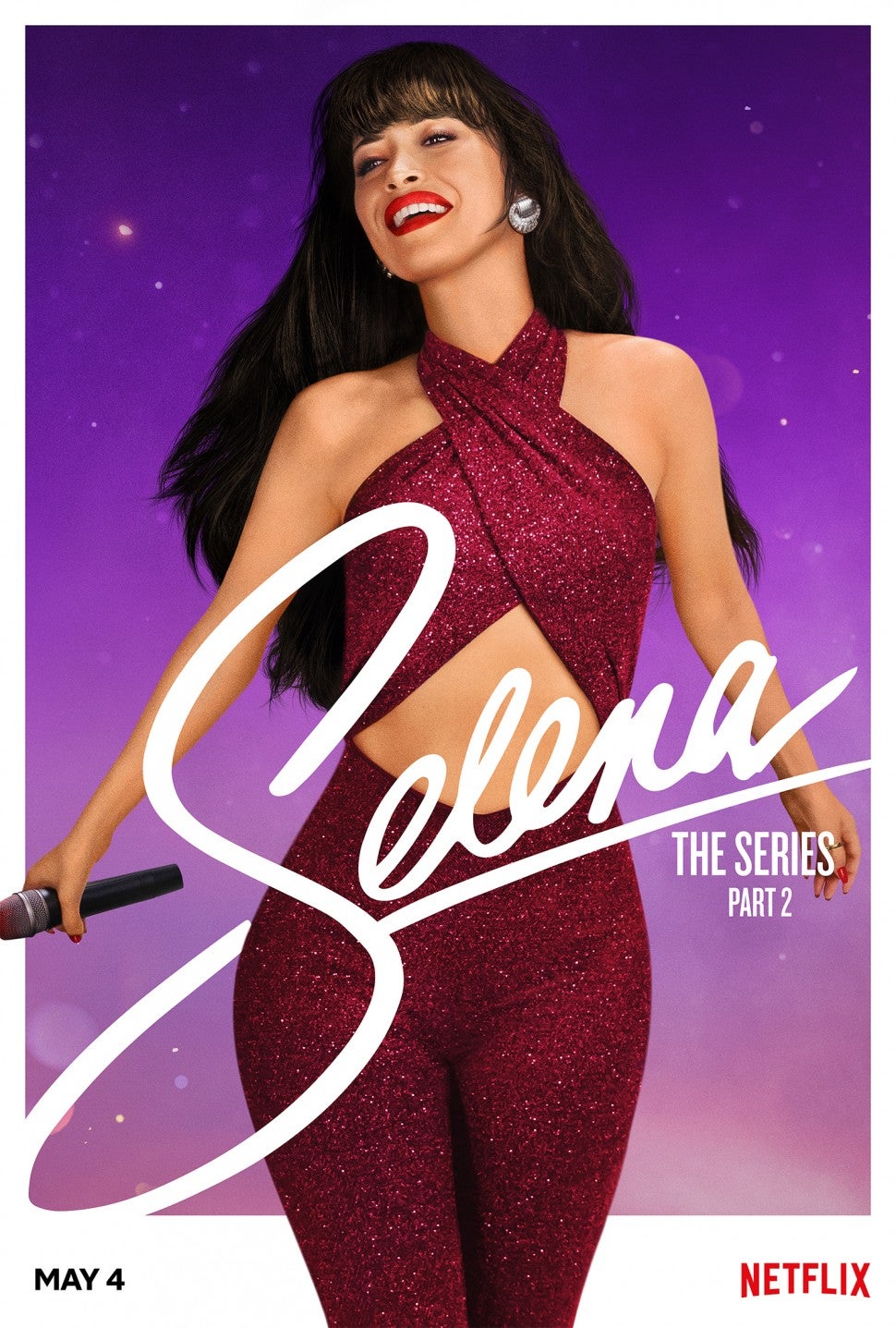 Part two of Selena: The Series will debut on Netflix May 4.